A DUSKY DAWN IN ALASKA

It shouldn't be a surprise that it's cold in Alaska. In the winter. But the -2F that bitch-slapped me in the face as I emerged from Anchorage airport in the early hours this morning was still a surprise.

I left Boston on Thanksgiving evening. Yeah - Big Year birding doesn't (really) allow for holidays. But at least I got to spend most of mine at home; my fellow big year birding friend, Jay Lehman, was stuck in Newfoundland in bad weather looking for a gull with yellow legs. (I hope he found it, as well as legs with a turkey on the other end!)

I'm in Alaska for at least a week. I'm heading out to Adak in the Aleutians on Thursday, with John Puschock and Bill Sain (from Texas.) I'm here early to (i) look for a Dusky Thrush in Anchorage; (ii) go to Nome for McKay's Bunting, and (iii) buy some proper clothes that will stop me from freezing to death. Seriously.

Big news in Anchorage this year is the return of the Dusky Thrush - an extremely rare Asian thrush. It's the third year this bird has wintered in a small residential neighborhood between the airport and downtown. Since it roams over a fairly large area, I was grateful for all the advice I received from local birders, especially from Dave Sonneborn. I met Dave on St. Lawrence Island earlier in the year, and he helped me find the Stonechat on a previous visit to Anchorage. Today, Dave was going to help me with the Dusky. He lives in the neighborhood, and even had the thrush as a yard bird! 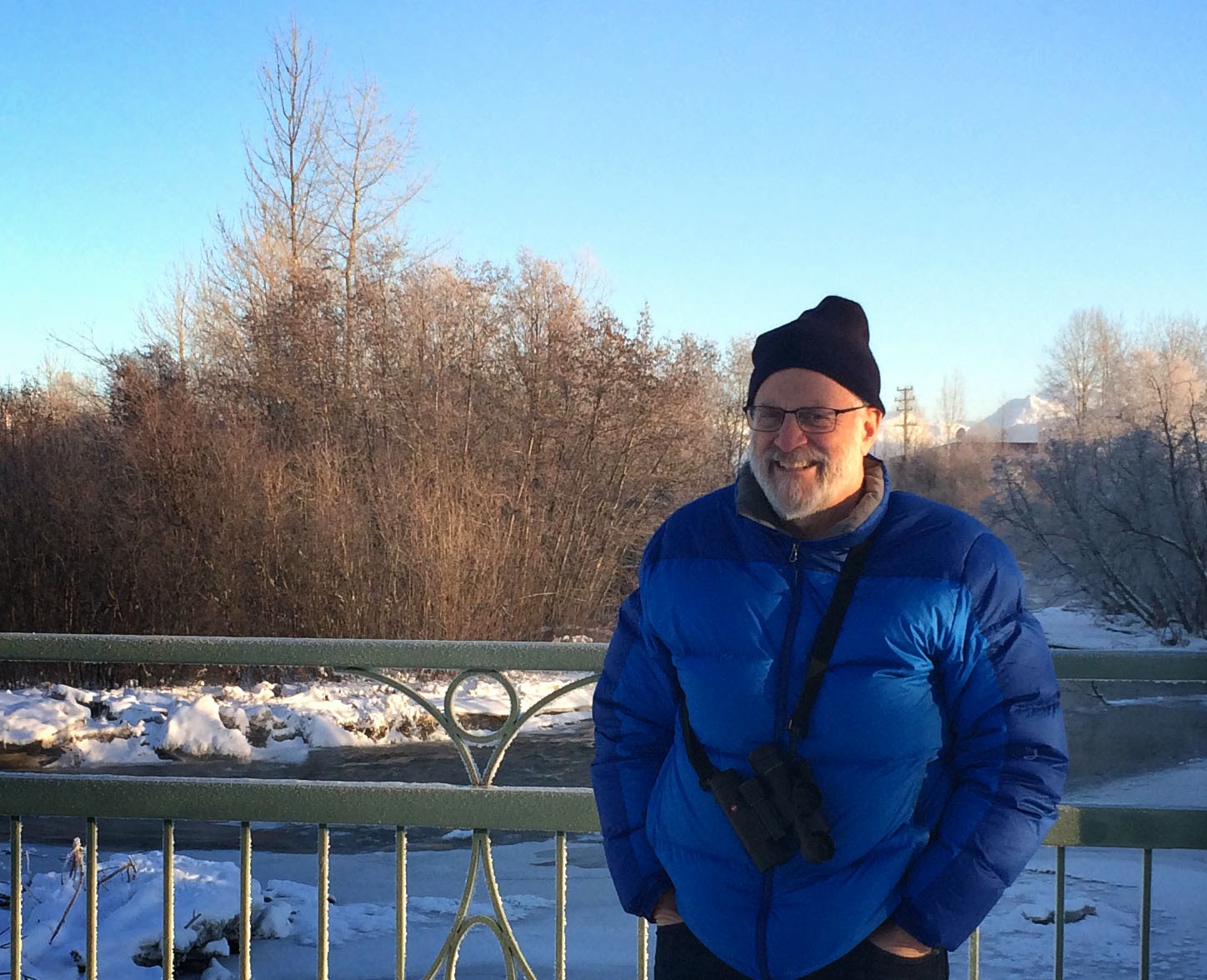 Dave and I ventured out after the sun had risen, which at this time of year is about 10am. We drove around to the sound of soft snow crunching under the tires. The trees were veiled in a frosty covering of glittering snow. And with the low, tangential light, it was an eerily beautiful morning to be out.

As we approached the area where the thrush has been seen most recently the activity increased: swirling flocks of Bohemian Waxwings buzzing around the fruit-laden Mountain Ashes, Black-capped Chickadees and American Robins. We scanned through the Robins, looking for a white-breasted thrush, with an obvious eye-brow.

It was Peter Scully, another local birder, who soon found the bird, whistling for us to follow him into a small courtyard of apartments. A group of trees reached up between the buildings, and it was here that the bird was sitting, scanning its surroundings, which now included a bunch of grown men pointing various large optics at it. We watched the bird for 30 minutes as it moved silently from tree to tree. 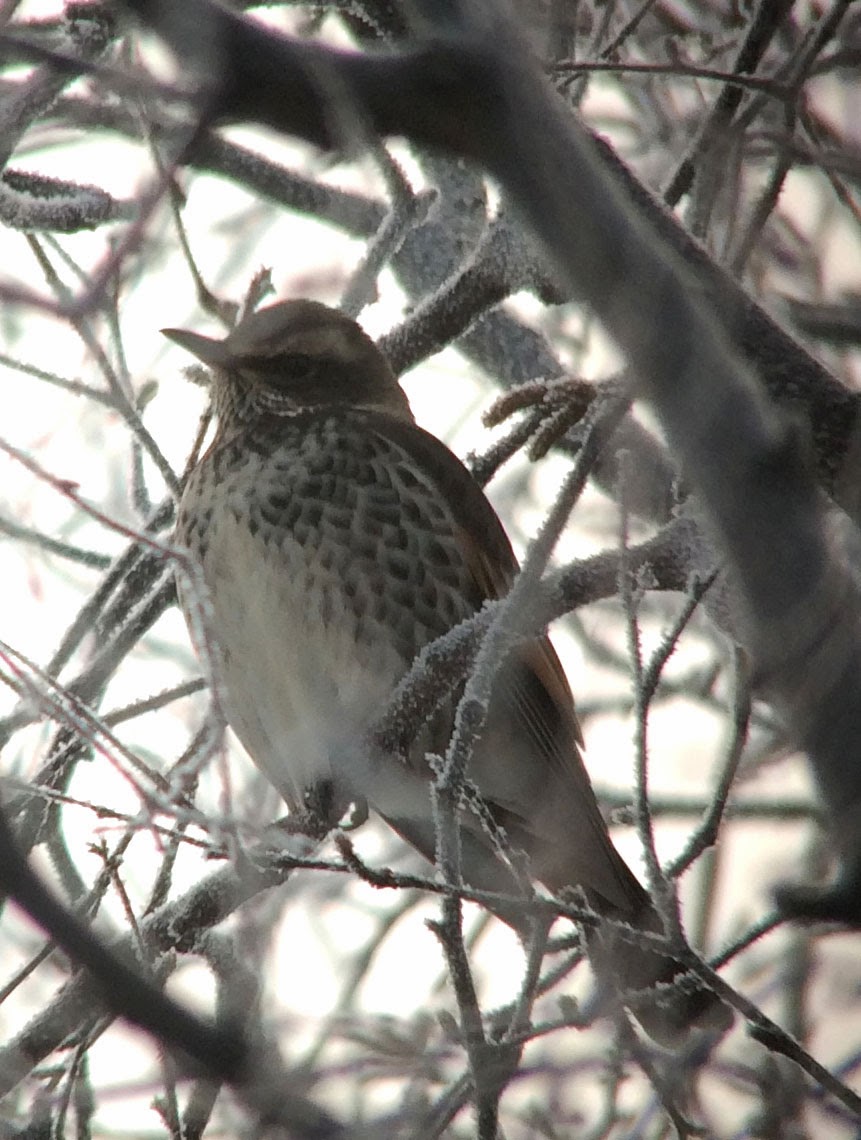 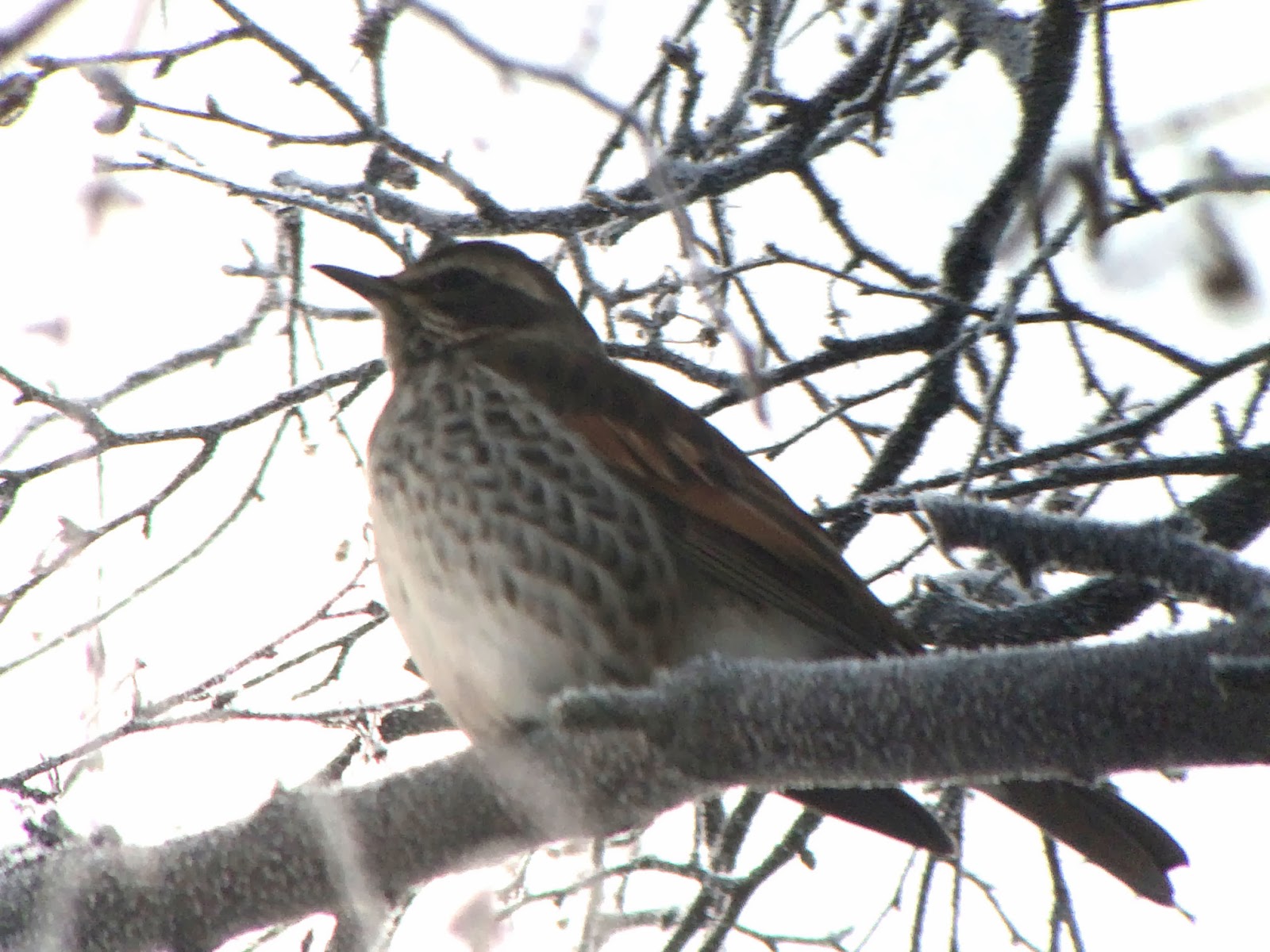 The face pattern and thin bill reminded me of a Redwing - another Eurasian Thrush - which was a common winter visitor to the UK of my childhood (and hopefully a visitor to my Big Year in Dec!)

What a great start to my Alaska trip! I thought this bird might take several days of searching - and Dave and Peter found the bird in less than 30 minutes. 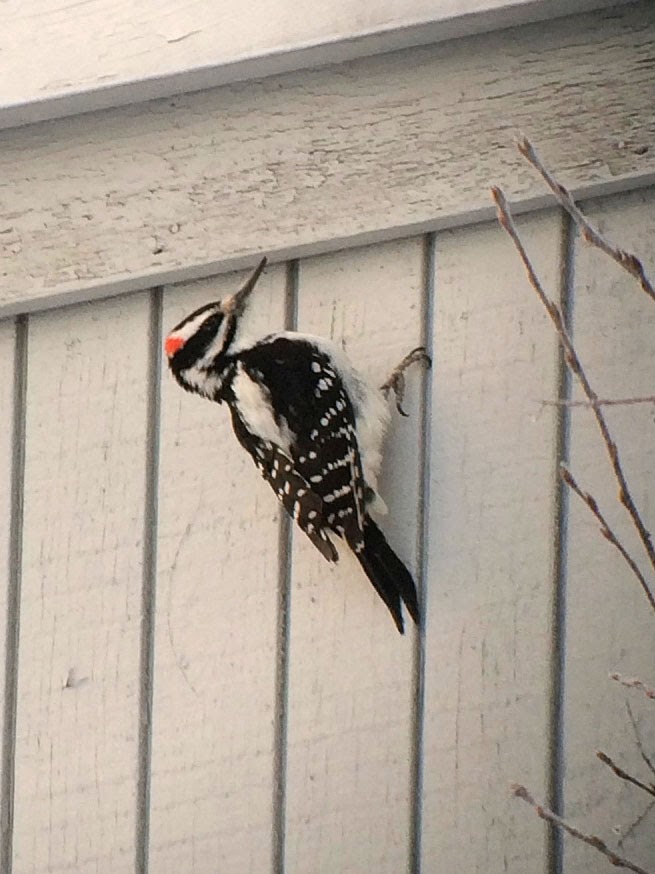 Tomorrow, I'm going back to Nome. It's a favorite wintering ground for the McKay's Bunting - an even whiter version of the Snow Bunting.

Thank you Dave for helping me find such a great bird - and for the fantastic meal that evening of delicious Thanksgiving leftovers. On all my travels this year, most of them alone, it's nice to share good company and good food. The perfect compliment to a cute Dusky Thrush.