FLORIDA - RETURN OF THE NEMESIS

I've swapped the giant redwoods of Northern California for the sticky mangrove swamps of Florida. And an Asian rarity for a Caribbean one. The early morning mist is slowly lifting off a pond in Matheson Hammock Park, 10 miles to the south of Miami. 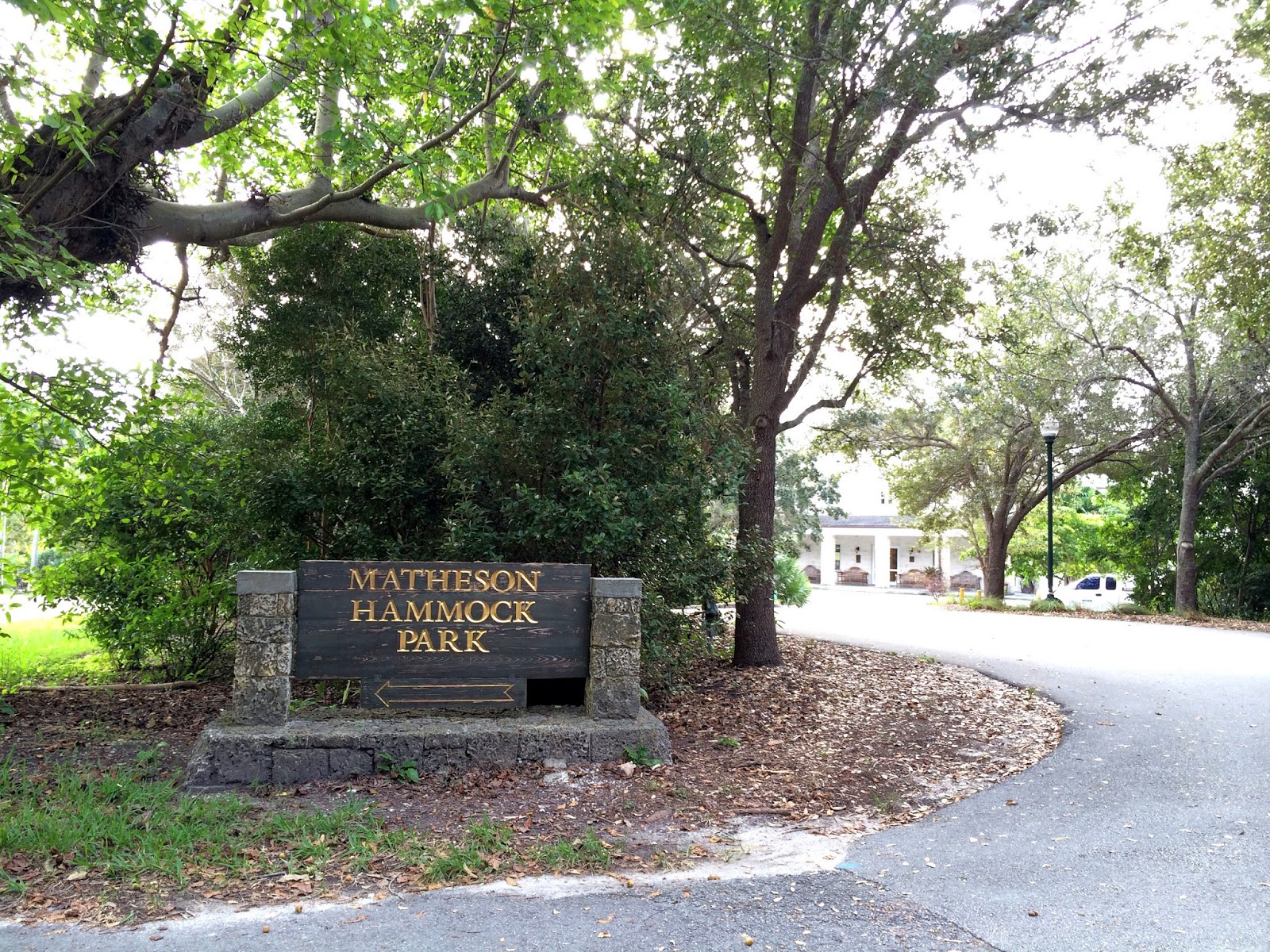 And I'm hoping the mist is the only thing coming out of the pond... 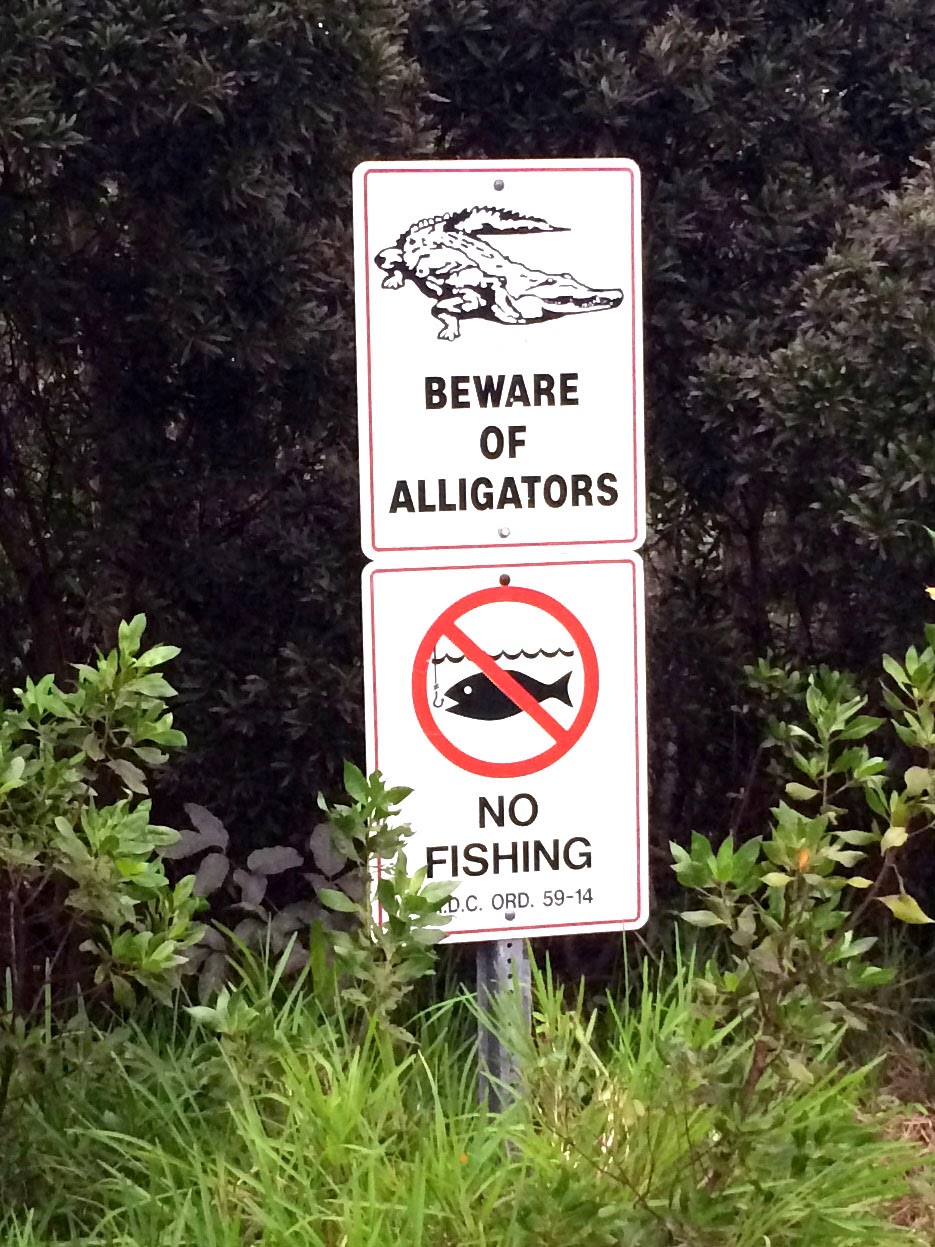 I'm here looking for a La Sagra's Flycatcher - a bird normally found in the moist forests and mangrove swamps of Cuba, the Bahamas and the West Indies. They're an annual winter rarity in southern Florida: I chased two in the spring and missed both. I'm hoping it'll be third time lucky today.

La Sagra's are one of the Myiarchus family of flycatchers - a group of birds that look very much alike: brown head and back, yellowish-white underparts and a reddish tail. Thankfully they're easily separable by their diagnostic calls - in the case of this bird, it's a high pitched "wink, wink" (listen here at xeno-canto.)

It's early. The sun is barely up and birds have yet to stir. As I'm waiting for the bird, I'm reminded of another morning, back in January, waiting for another Myiarchus flycatcher to start calling. That was the Nutting's Flycatcher in Western Arizona, near Lake Havasu. At the time, it was just a fun birding vacation. If you'd told me then that I'd end up doing a big year, I'd have laughed at you and / or used a few choice expletives. But the success of that trip, and a few trips to Canada in the winter got me thinking: if I were ever to do a big year, this would be a great start. Sure, there was a bunch of stuff that I hadn't chased - SIberian Accentor, Spotted Redshank, Citrine Wagtail, Gray Heron, etc (all birds that I'd look back later on with regret...) But still, it wasn't a bad start.

So, in some ways, my accidental big year, the one I never intended, started with a Myiarchus flycatcher, and is almost about to end with another. Once I'd decided to do a big year, around April, I wrote up that Nutting's Flycatcher trip and intended to write up all the other early trips. But a big year is intense - being on the road over half the year, traveling almost 200,000 miles by plane, another 50,000 by car, throw in a few boats here and there, barely left me enough time to write up my current trips. Or feed my cats. Or see my girlfriend. (Order of those activities not related to importance.) Some day I'll write up that first part of the year...

Was that it? And again. "Wink. Wink." Sure sounds like a La Sagra's. The bird is calling continually, seemingly moving around in the mangroves ahead of me. I nervously edge forward, not wanting to scare the bird. And then I see it - a largish brown and white bird, sitting erect on a branch. It's the La Sagra's! 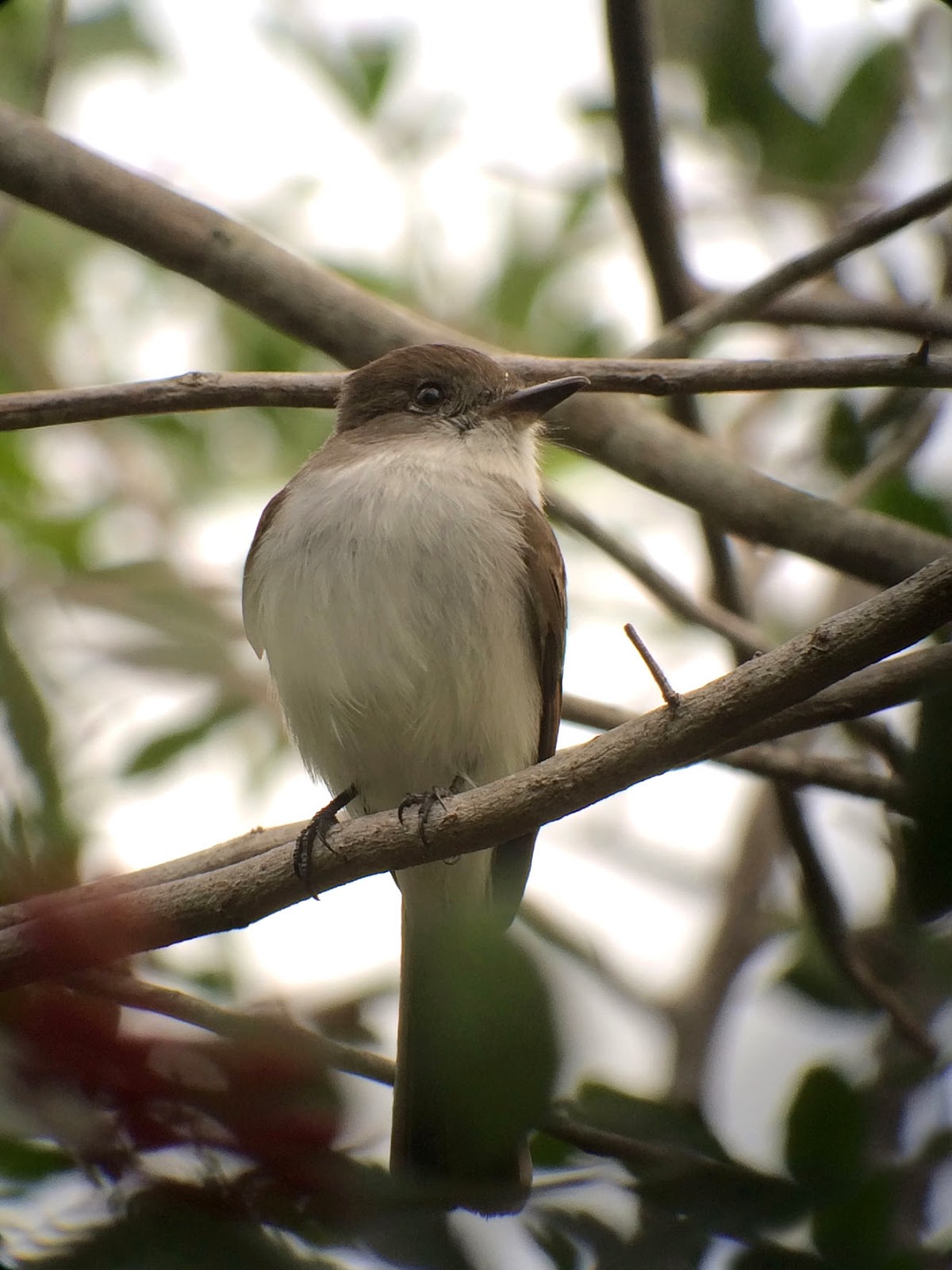 La Sagra's Flycatcher. Brown head with (lowered) crest at the back, long bill
and silky-white underparts (most other Myiarchus flycatchers have more yellow underparts.)
The tail is obscured, but would show central reddish tail feathers.

It's very active, mostly staying out of view in the mangroves. They're known for being skulking (many visitors have left here only hearing it) and so I feel very lucky to have seen it so well. It's very vocal, calling vociferously for several minutes at a time, and then silently disappearing for 5-10 minutes before its next recital. 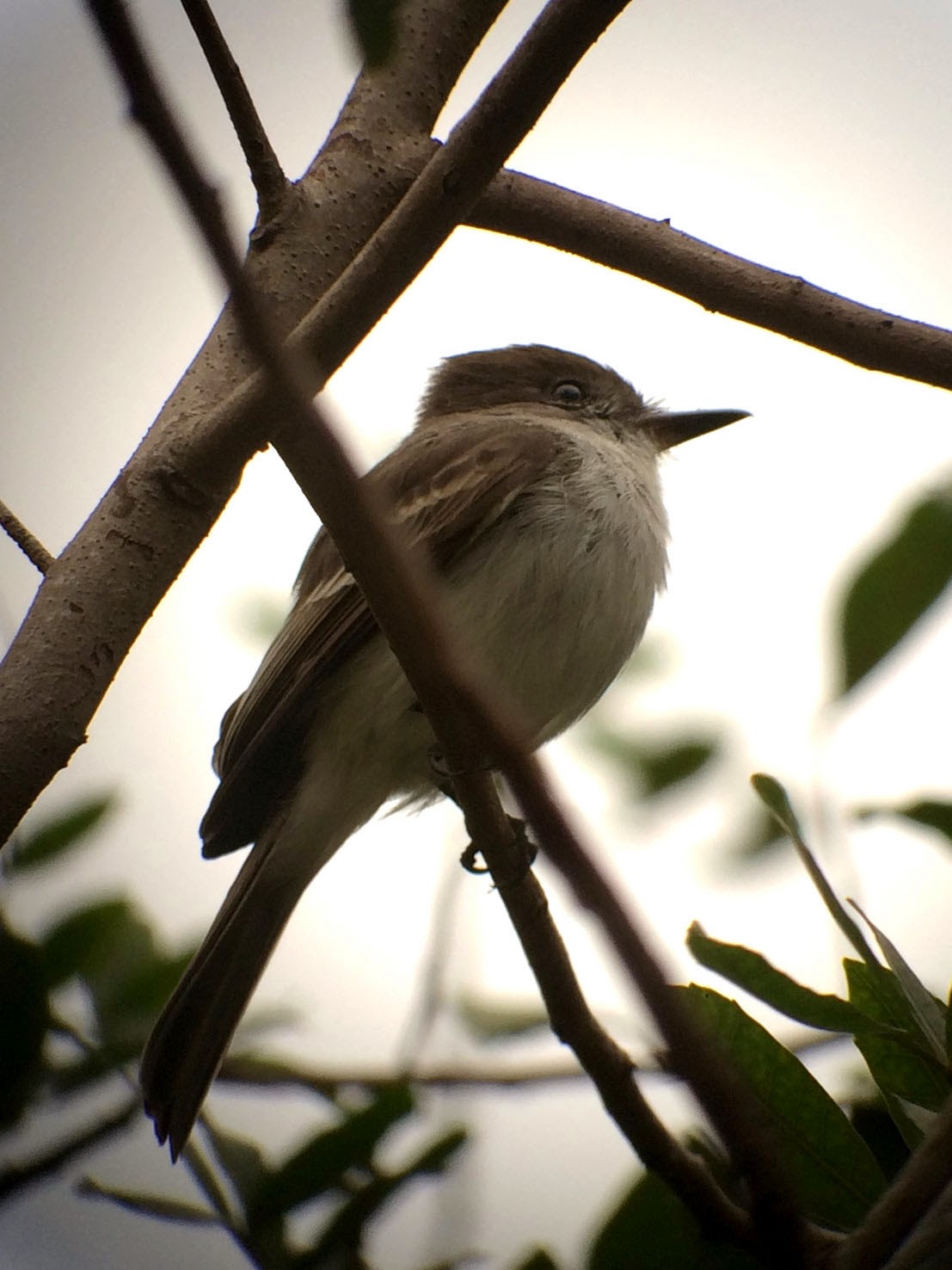 La Sagra's Flycatcher. This view shows more of the crest
on the back of the head, as well as the pale wing bars.

What a beautiful bird! And such an engaging personality. It seemed to sense me, and spent time quizzically encircling me, trying to work out just what I was doing. I wonder how surprised it would be to know that the large creature with the funny metal and glass object was admiring it, enjoying its presence, and adding it to a list of 746 other species of birds seen this year. Yeah - it would probably think that was kinda weird.

As I was about to leave, I heard a rustling in the mangroves behind me. I peered in, wondering what kind of animal this could be, only remembering foolishly at the last minute about the alligator warning. Would my big year end in the jaws of a gator? Would I ever be found? Do alligators eat Swarovski scopes or just Kowas? Would someone find my cell phone and at least prove that I'd seen the La Sagra's? Why am I wasting time asking all these dumb questions when I should be running? Wait - can't alligators out-run humans? Enough with the questions!

And then the mangroves opened emitting a dark and hungry beast. It looked a bit too dark for an alligator. And too hairy. But I guess that must be the local subspecies... 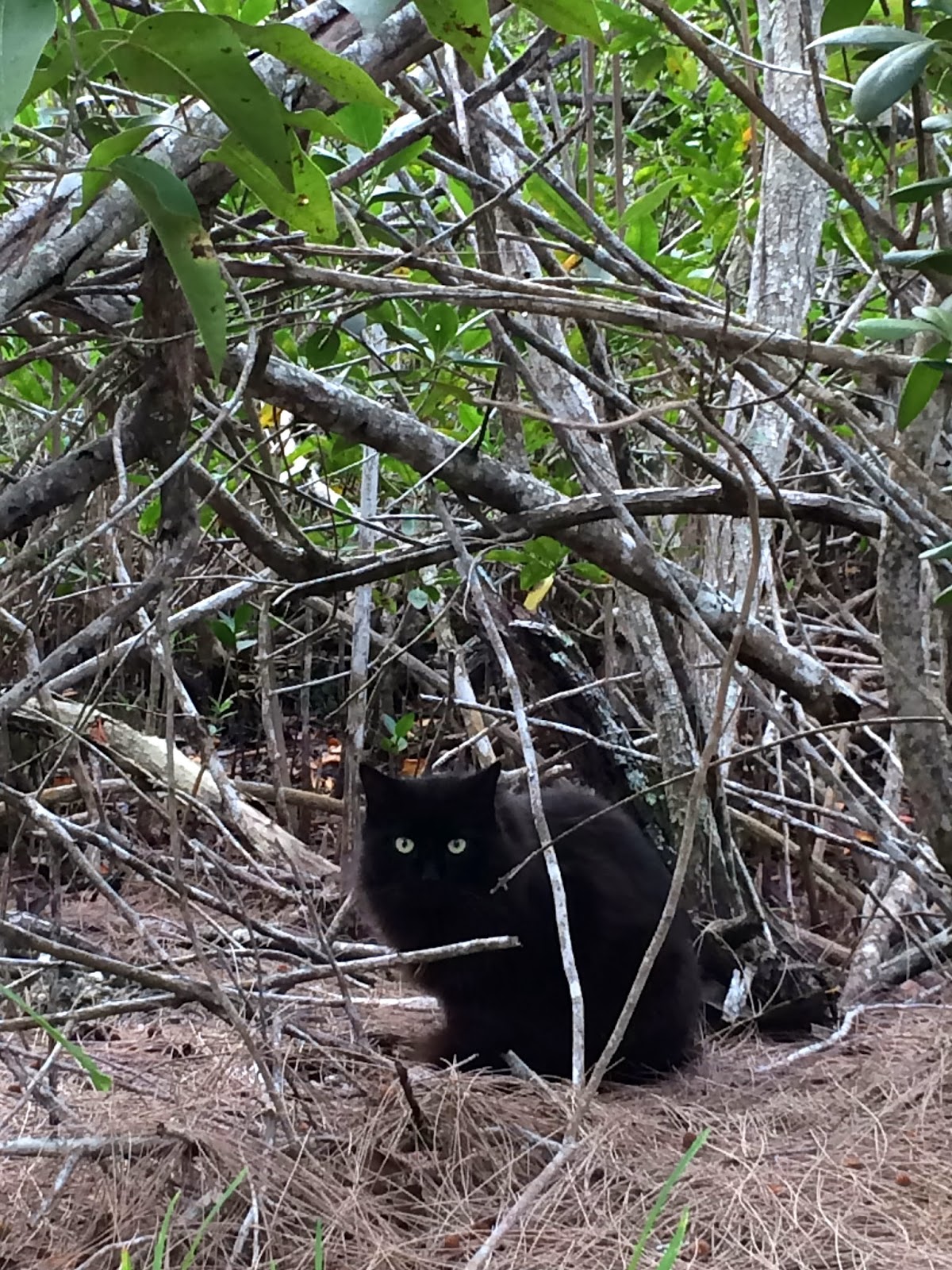 Matheson Hammock Alligator. Hairier than your regular alligator.
(And *possibly* not as dangerous)

It didn't manage to outrun me as I shrieked back to the car.

This wasn't my only target stop today. There was another bird in Florida that I still needed - the White-cheeked Pintail (also known as Bahama Pintail reflecting its origin.) I'd chased this bird twice in the spring, at Pelican Island NWR. I thought it'd be fairly straight-forward - it's a duck, they sit on the water, pretty hard to miss. Wrong! This bird was only seen at one pond and only for a brief period each day. (No one had discovered where it was hanging out for the rest of the time.) There was an eBird report on Friday, from the same location, suggesting the same bird was back. Would it be third time lucky on this bird too?

Pelican Island NWR is about 3 hours north of Miami and was the first national wildlife refuge in the US, established in 1903 by the executive order of the president, Theodore Roosevelt.
The pond where the duck had been frequenting was named after the recent 100 year anniversary - the Centennial Pond.

I arrived at noon, and nervously walked out to the pond. Would the duck be there this time? A quick scan across the water showed it to be the identical to all the previous times: Pintail free. 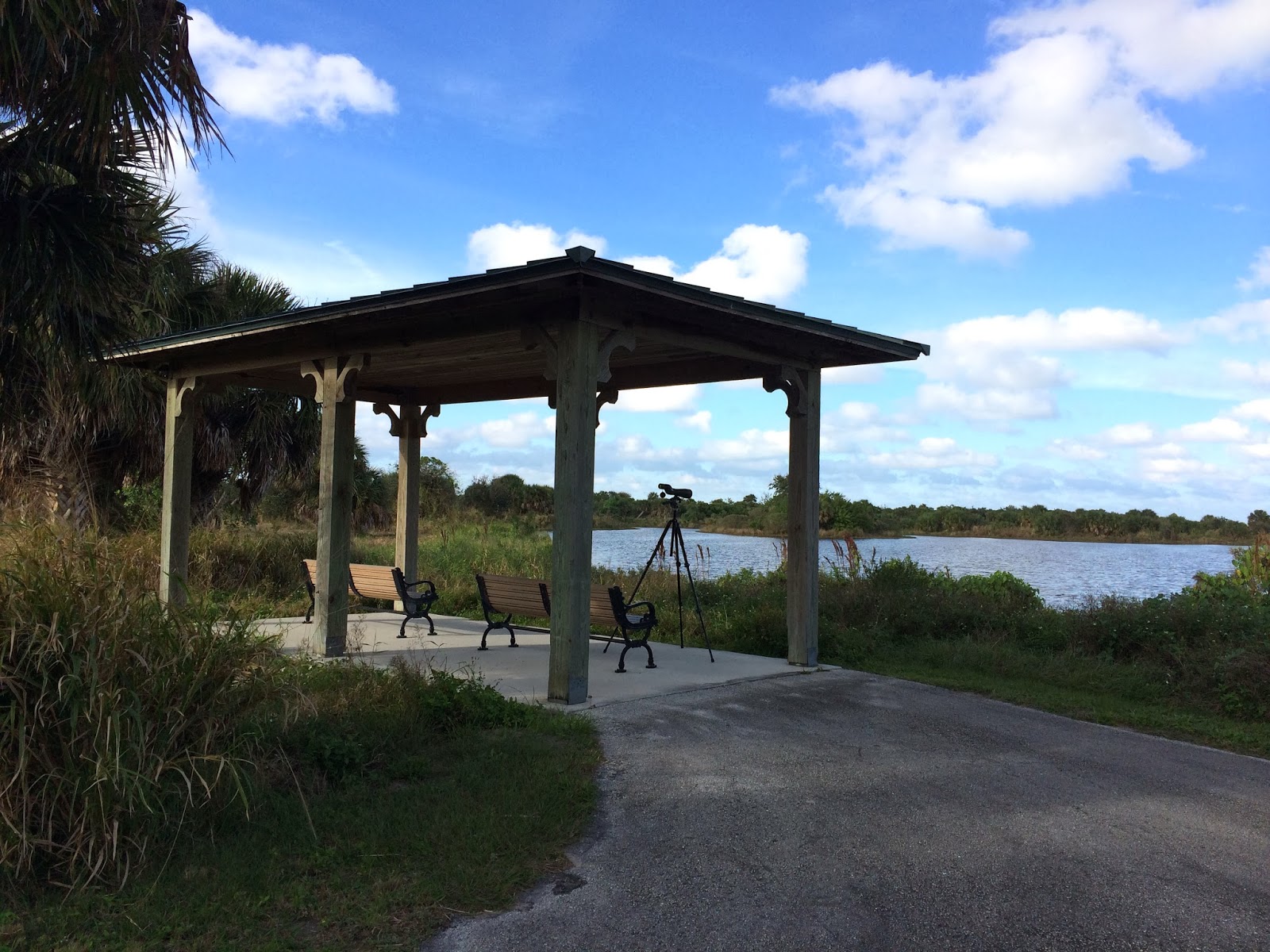 On previous visits, there had been flocks of Blue-winged Teal - with which the Pintail would associate. This time - no Teal. I waited for 2 hours, during which nothing happened. Literally. Nothing. Time for a coffee break. Maybe the change of scene would cause some change upon my return? No - same old ducks.

I ran into local birder Doug Beach who mentioned another, much larger pool with a viewing platform, "Joe's Lookout" that's often filled with Blue-winged Teal. It was a mile walk through the mangroves, but since nothing was happening here, I thought it was worth a try.

Compared to Centennial pond, this new pond was alive with birds: lots of Blue-winged Teal, Green-winged Teal, Gadwall, Wigeon, Mallard. In fact, every type of duck you could imagine in Florida, except for White-cheeked Pintail. After an hour or so of searching it was growing dark. I admitted defeat and walked back to the car. Foiled again!

As the sun was starting to set, and the sky slowly moving through a kaleidoscope of color, I was thinking that every birder needs a nemesis bird. Well - maybe "needs" is the wrong word. But we all have them - birds that just won't show for us - despite much searching and chasing and other people seeing them without any difficulty at all. For a long time this year Mountain Quail was that bird for me. Guess I have a new one now. Who knows - maybe the bird will be back more regularly before the end of the year. It there are multiple reports in the next week or so, I'll probably give it another try. 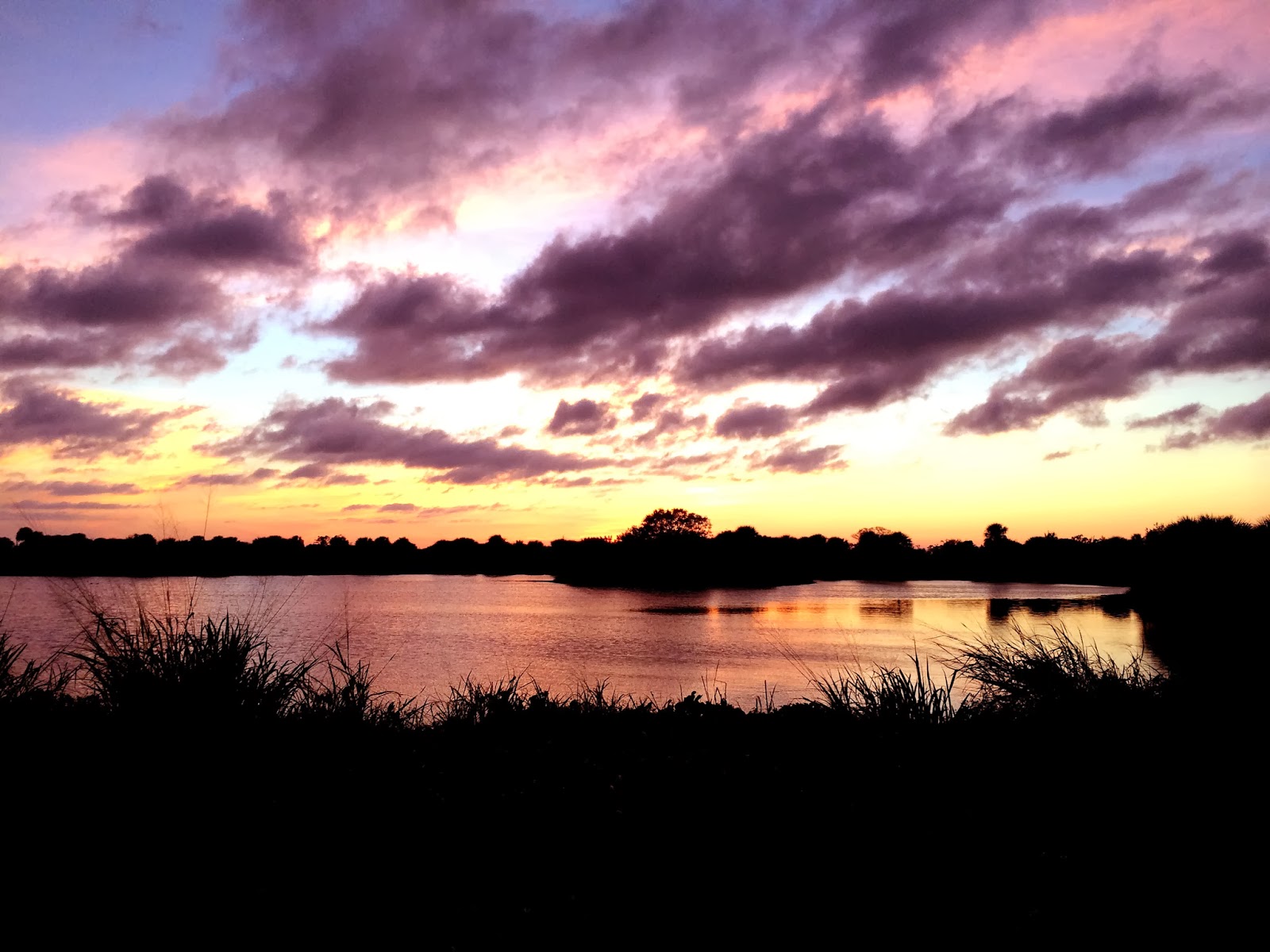 Somewhere out there a White-cheeked Pintail is maniacally laughing to itself...

Last night, I got a text from Aaron Lang (of Wilderness Birding) to say that a Rustic Bunting was in Homer, AK. It's been seen today - and apparently has been coming into a feeder since the 11th. I could stick around in Florida for another day and another try for the Pintail. But I'm not feeling very confident. WIth only two weeks left, I have to prioritize birds - and the Rustic Bunting seems like a better chance. But it doesn't come easy: it's a whole day of 3 flights from Fort Lauderdale to Anchorage - getting in at 1:25 am on Weds. Then a 4-5 hour drive. Hopefully without snow or ice. Oh - and there aren't any flights out of Anchorage on the 18th, 19th, 20th...Nothing. Yeah - it's going to get harder to do big year stuff during the holidays. Maybe I could get a ferry home? Isn't that Northwest Passage thing open now?