In a last-ditch attempt to squeeze as much as I could out of this short Florida trip, I headed down to Key Largo in the hope of actually *seeing* a Black-whiskered Vireo. Apparently, the keys are much better than points north (where they're often only found migrating.) My flight was at 1:50, so I had enough time - if I got up early enough.

"Early enough" was 5:45am - and I seriously considered just going back to sleep. I've now decided good decisions cannot be made at this time, so if I commit to a trip I'm not going to allow myself to talk myself out of it. (That's the theory - we'll see how long it lasts!) It worked this morning though (hence today's post) - and I was at Key Largo (Dagny Johnson) at a very respectable 7am.

Again - lots of Cape May Warblers and other migrants hopping around - Ovenbird, BT Blue Warbler, Blackpoll Warbler, American Redstart, and many resident White-eyed Vireos singing their (also four-chambered) hearts out.

I had bad memories of this place - and had vowed never to return. It's funny how birders have such strong feelings (positive and negative) about birding places. This was where I walked around for hours listening for Mangrove Cuckoo - at that time, an entirely fictitious bird.

Today, it only took 20 minutes to find my target - moving slowly around the canopy. The bird wasn't singing, but responded well to pishing. 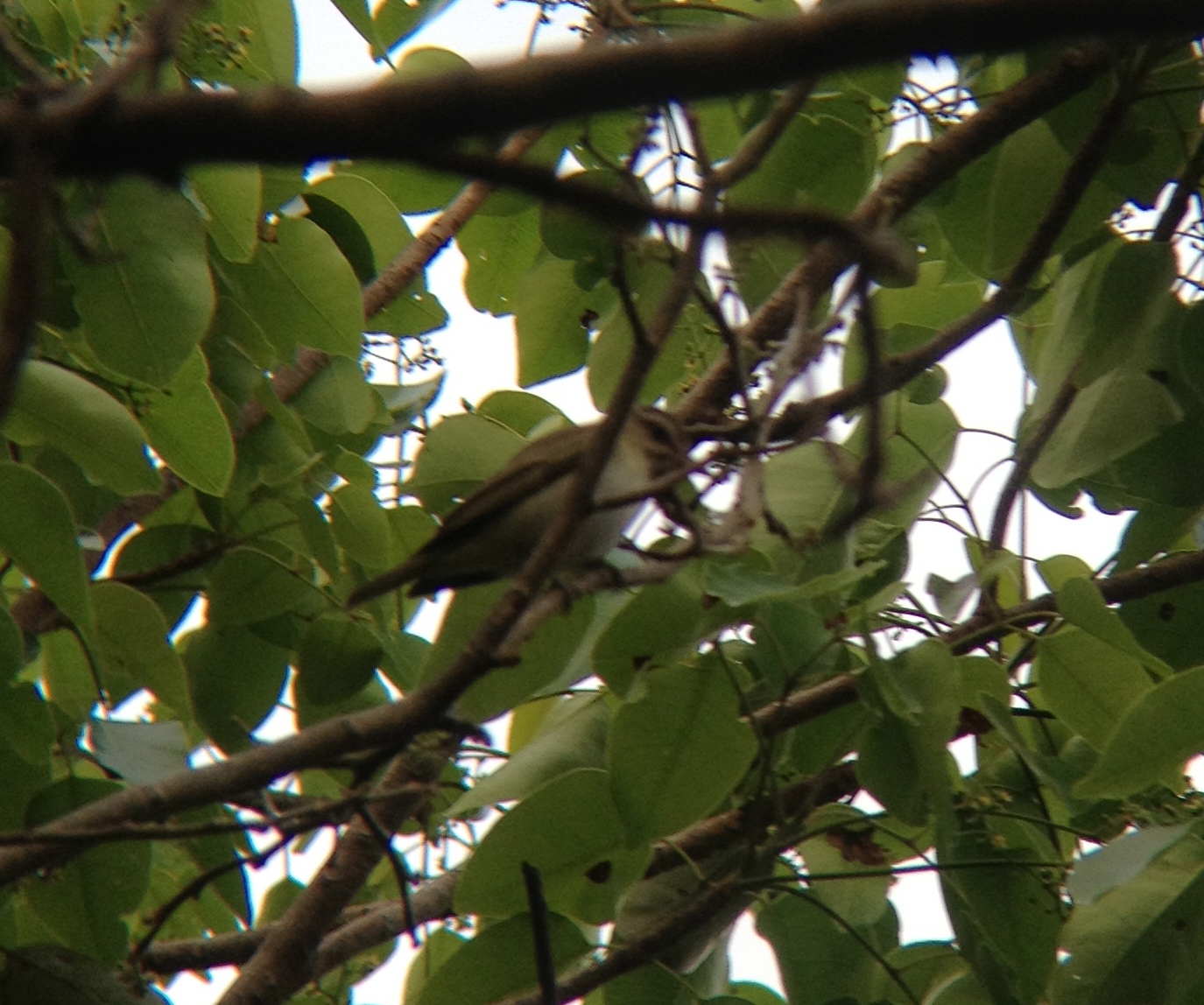 Black-whiskered Vireo - can you spot the whiskers?
(iPhone pic through my binoculars)

So Key Largo is back in my good books!

A familiar sign to birders (and birds!) visiting Florida... 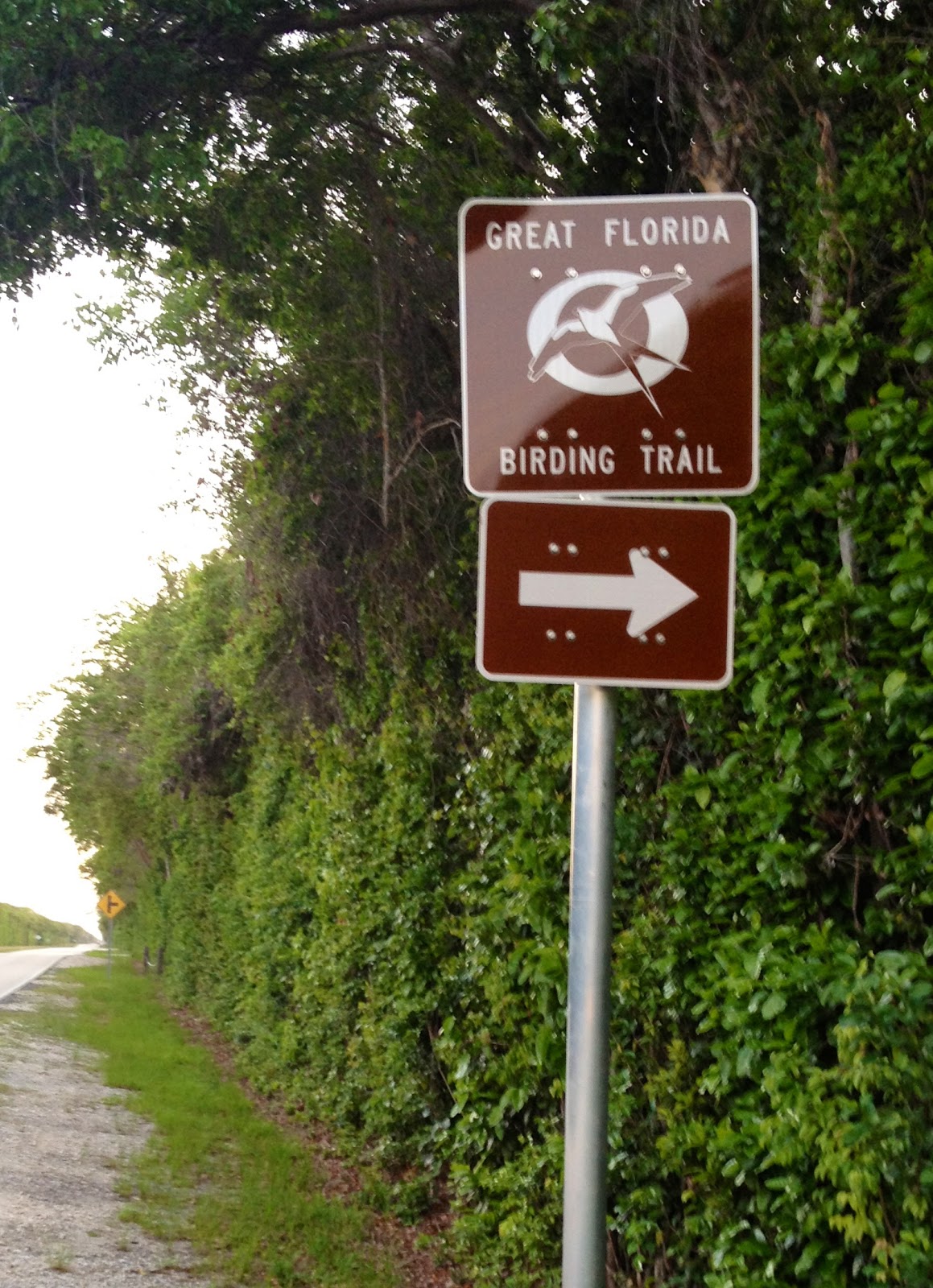