It's late afternoon and I'm running out of options.

This is Hans de Grys' suggestion for time allocation in chasing the Sky Lark on Vancouver Island. This is great advice. Fantastic advice except for the numerical part: it's now 7 hours and I still haven't seen or heard a Sky Lark.


The Sky Lark is a European bird. Growing up in the UK, in a village surrounded by fields, it was a familiar bird of my childhood. An otherwise nondescript brown bird, it comes to life during spring when it flutters high above the ground, so high it almost disappears into a tiny dot, and delivers a continuous, liquid song. It's the background music to pastoral England. Well - it was 30 years ago. Today, it's estimated there's only about 10% of that population - a reflection of changing agricultural practices (especially planting cereal crops in the winter rather than the summer thus depriving the birds of open fields during the breeding season.)

So - what's it doing over here? Barely surviving - that's what. After many failed attempts in the 19th century to introduce the bird onto mainland USA, it finally took hold in 1903 on Vancouver Island, Canada. It gradually spread south to the San Juan Islands (WA state) and east to the Canadian gulf islands. By 1965 there were over 1,000 birds. Since then, its decline has largely mirrored that in the UK, and for many of the same reasons. Today it's only found on Vancouver Island - at the airport, the Vantreight bulb fields and the Martindale Valley. 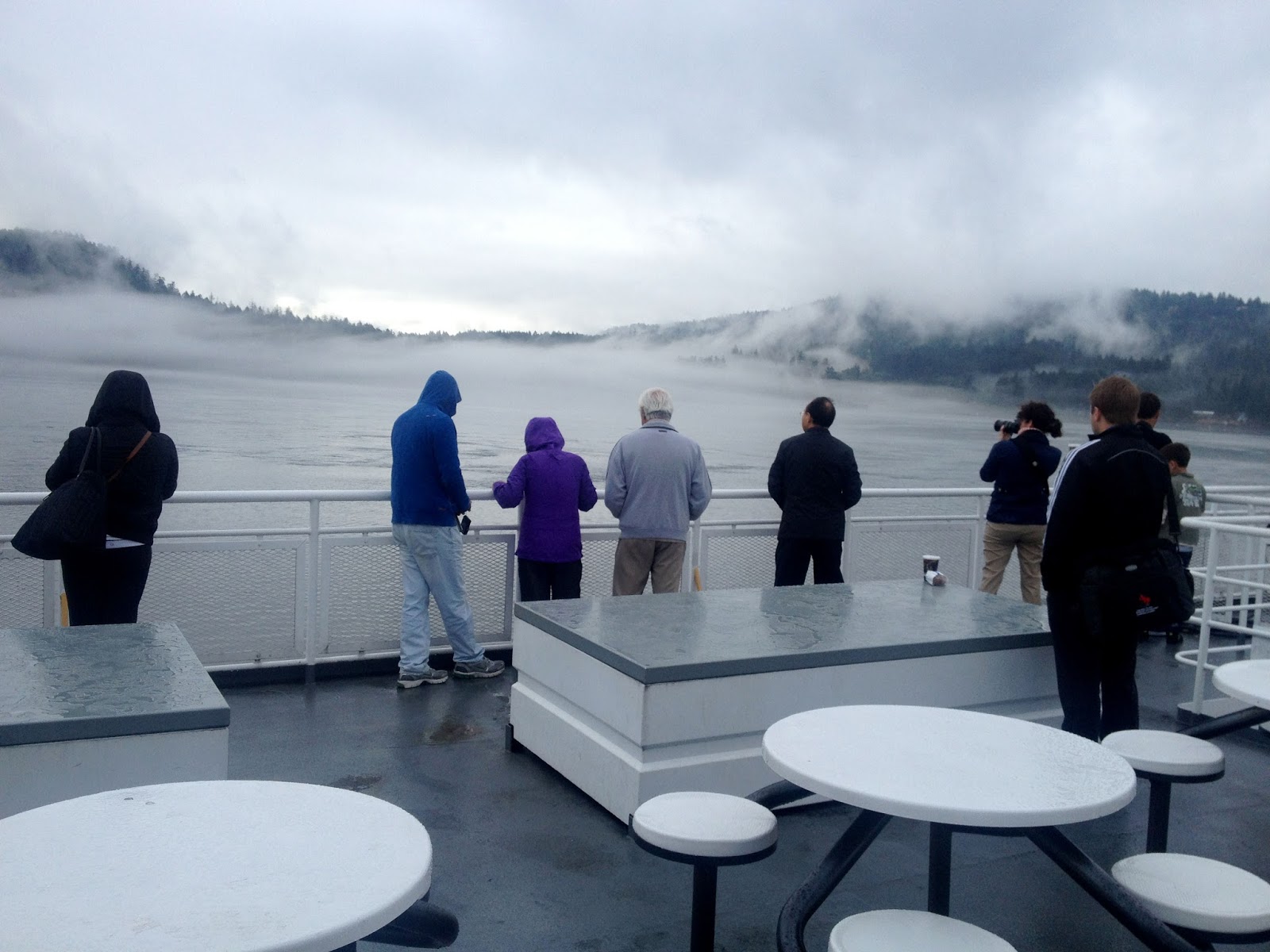 To Vancouver Island.
(Not all these people have come for the Larks)


I arrived on the ferry this morning and I've been spending the day alternating between not seeing the birds at the airport and not seeing them at the bulb fields. Admittedly, this isn't the best time to be looking for this bird - they've stopped singing, and haven't formed winter flocks yet. 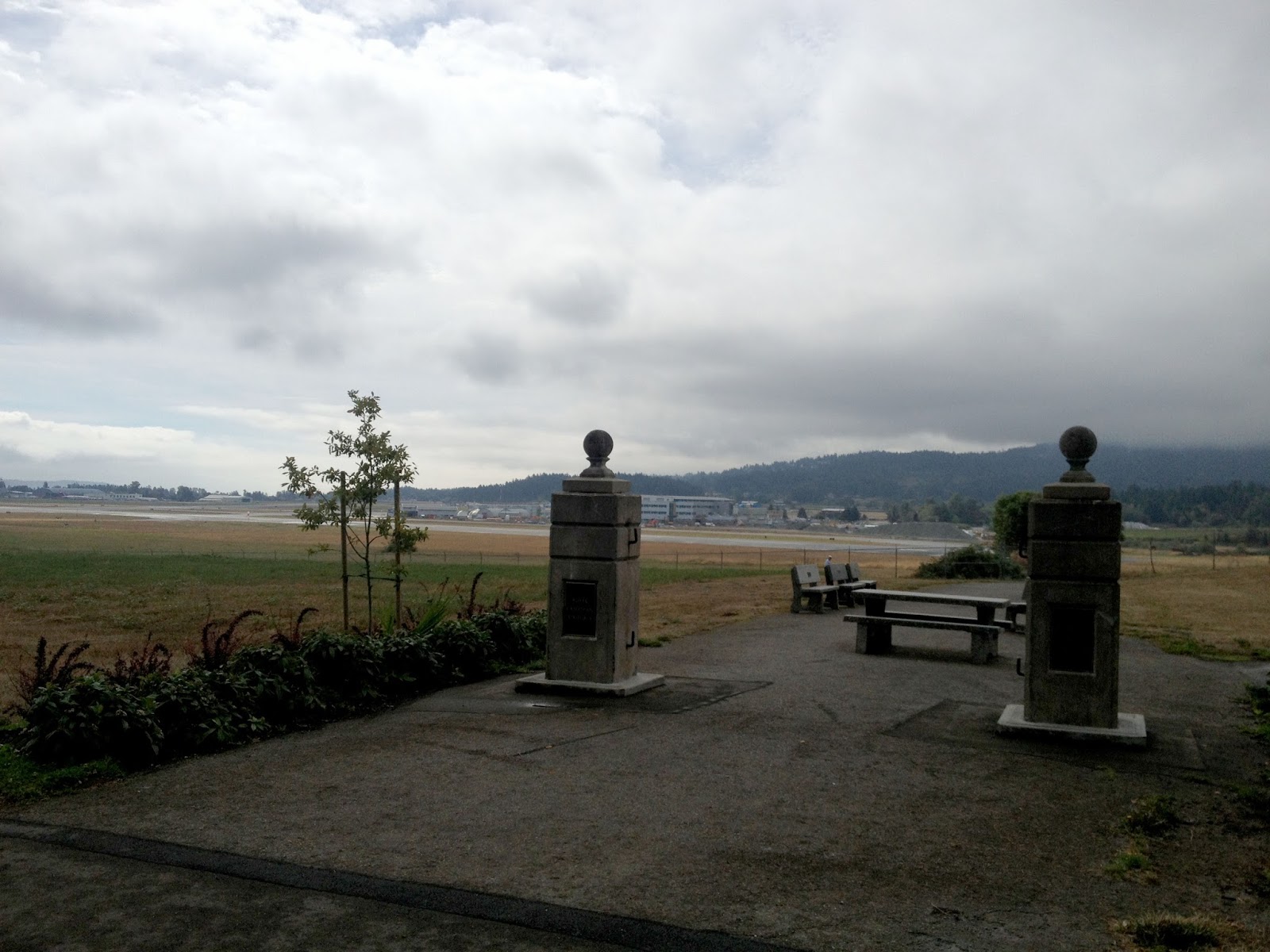 It's 5pm, I'm back at the bulb fields desperately scanning through plowed fields, becoming more and more anxious as the sun moves closer to the horizon. In the back of my mind I'm resigned to spending the night on the island, which means being forced to repeat the agony again tomorrow. And even further back in my mind is the prospect of having to come back later in the year if I strike out tomorrow. 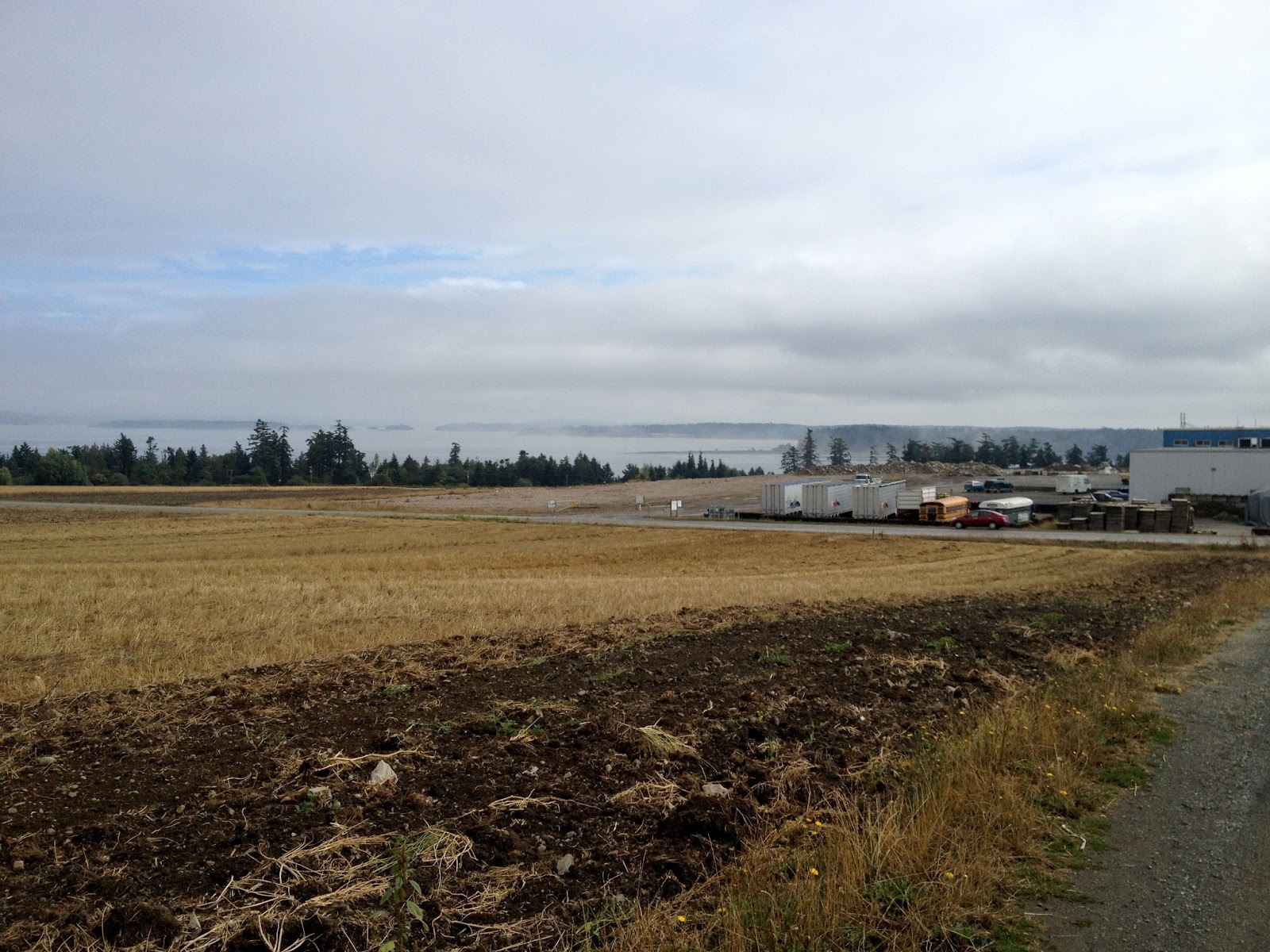 The Vantreight bulb fields. Another popular spot today for not seeing Sky Larks.

"What are you looking at?" A car pulls up next to me. They must be wondering why anyone would have a telescope pointing at the middle of a muddy field.

"Nothing" I only just manage to omit the adjectival profanity. "Absolutely nothing. I was hoping for Sky Lark. I've been here all day." And will be tomorrow, I think.

"Oh. That's not good! Let me call a local guide - I think they've seen them recently." She's a birder. And a birder with connections. Her name is Carolyn. And she just may be my savior today.

"OK. So, the bad news is they're not here. Or anywhere, pretty much - apparently they only recorded 17 singing males this year." 17! Yikes.

"The good news is that they were seen a few days ago at a different field." Finally some good news.

Carolyn very kindly drives to the correct field with me following. We spend a few minutes checking before she has to leave and I thank her for leading me in the right direction. Again, I'm blown away by how friendly and helpful local birders have been in my travels this year.

It's a very scraggly field, and almost impossible to see the ground - and thus the birds. But at least I know where to look. And I have the whole of tomorrow. I walk around the edge hoping to catch sight of movement, and then I hear it - a sound I haven't heard for over a decade. It's a partial song of the Sky Lark. I look around, and spot a bird flying low across the field - on bowed, fluttery wings showing white trailing edges and white on the edges of the tail. And then it's gone - deep in the scraggly.

And then I hear it - the liquid trill of the Sky Lark. I look around, and there's a bird flying low across the field, showing a white rear edge to the wing and white on the sides of the tail. And then it's gone - down into the scraggly stuff.

Sky Lark! Wow. Phew. I try looking for it on the ground, but never succeed. I have to do with another quick flight view, and that's it. 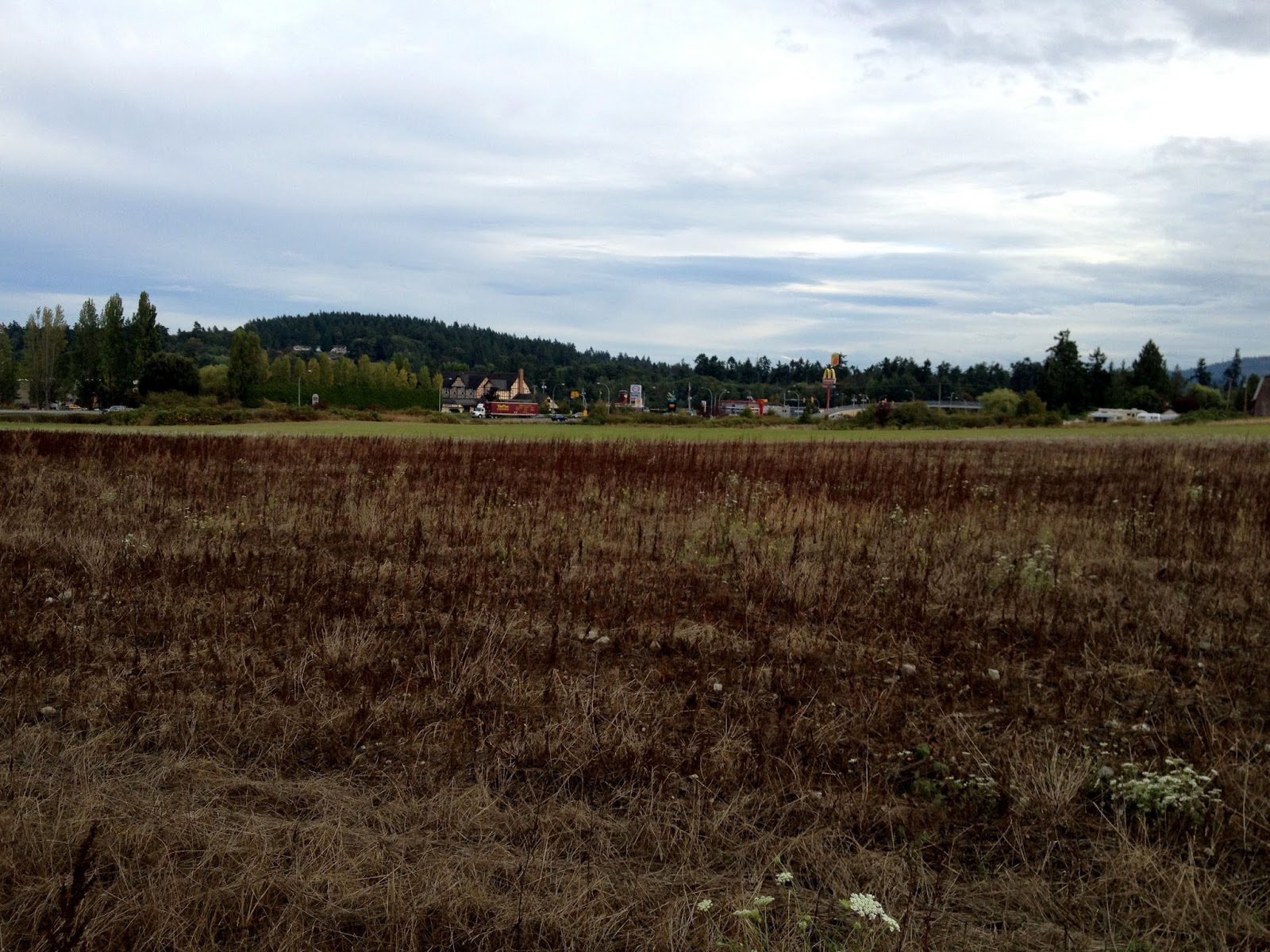 Time for another gratuitous photo of a field with no birds.
This one though actually has the larks. Well, one of them.

Maybe today wasn't so much of a surprise. This whole month has been tough with the birds really making me work for them (Blue-footed Booby, Snowcock, Mountain Quail, Herald Petrel...) I guess that's what happens when you get to the 700s. I'm running out of the easy ones.


I race back to the ferry and the relief of being connected to civilization again (I didn't take out a second mortgage to activate my phone for use in Canada so I'm reliant on the free wifi on board.)

As soon as I turn my phone on, I find out that the Smith's Longspur was seen again today. Damn that bird! Seriously! I was really looking forward to a relaxing day tomorrow of blog writing and drinking lots of coffee (hey - this is Seattle, where they pretty much invented the stuff. At least the good stuff.) Now I have to go chase this bird again, which means a lot more driving. This bird is quickly ruining the relaxing part of my trip.

So, rather than spend the night in Vancouver, I drive as far south as I can before falling asleep. I get to Tacoma and set my alarm for an early start tomorrow.

And thank you Carolyn. You saved my day!