FROM AK TO AZ - SINALOA WREN

It's almost 70 degrees warmer than yesterday, I've removed at least 4 layers, sat on 4 flights and I've swapped a view of Russia for one of Mexico.


While at Gambell, news came in of a Sinaloa Wren in Huachuca Canyon - a potential 3rd record for the ABA. So - here I am, taking a more southerly detour on my way home to Boston.

Sinaloa Wren is a bird endemic to Western Mexico. It's a fairly drab brown bird with black-and-white bars on the ear coverts and under the tail. And this bird is a juvenile that is not only more drab (no barring) but missing some of its tail! It's hard to imagine a more scrawny bird!

The only two records of the bird outside of Mexico have been in southern Arizona - a reflection of the recent northward expansion of the species. The first record, in 2008/09 in Patagonia involved a bird actually building a nest. It's a very secretive species, and birders spent many, many hours / days trying to see that bird. I'm hoping this one will be more cooperative!

It's raining heavily as I turn off the canyon road into the picnic area where the bird's been seen. I stand under a tree, waiting for the rain to dissipate while listening for the distinctive rattle sound of the wren. Oh - and keeping an eye out for hungry bears! (And chiggers, though they tend to be harder to spot.)

Birders come and go, as does the rain, and after 4 hours it's just me and John Saba, a local AZ birder. Between the rain showers we see warblers come into the stream and bathe - Nashvilles and Wilson's, as well as a Bewick's Wren that gets us briefly excited. We split up and walk the stream area, back and forth. It's surrounded by dense tangles of climbing vines. It's getting late, and I'm already resigned to staying the night and coming back again in the morning.

I start pishing, hoping to stir up a few birds, and get an immediate and angry reaction from a small, brown bird that flies up from the undergrowth. It's a wren, and much browner than the Bewick's. 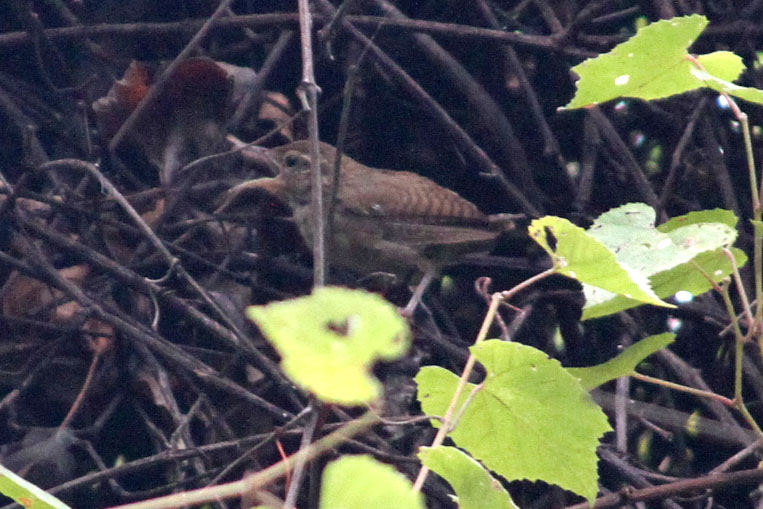 As the bird flits about it makes the dry rattle call - diagnostic for Sinaloa Wren. It quickly starts climbing up the tree next to me, giving pretty awesome views... 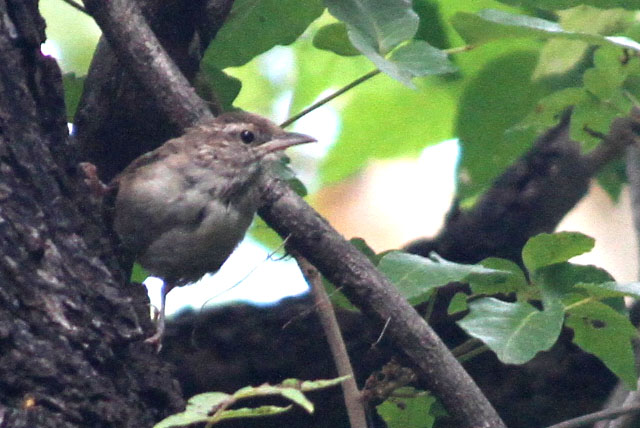 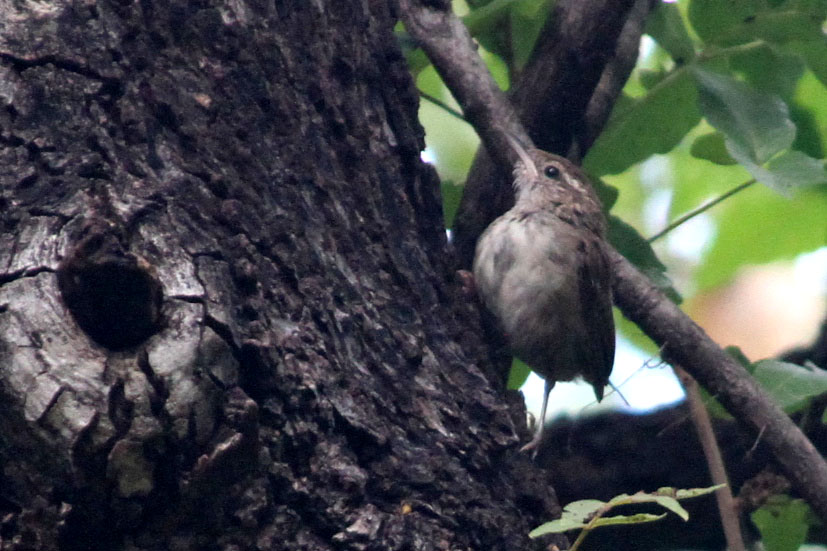 Sinaloa Wren - long supercilium, brown upperparts and buffy underparts.
It's the same genus as Carolina Wren, and has a similar structure, but more drab.

I'm very excited to see the Wren, and to be finally heading home. But I'm still haunted by Alaska - an Asian Brown Flycatcher just arrived on St. Paul. I'd been thinking of going there after leaving Gambell, but since there was nothing there at the time, I decided not to. I realize it's crazy chasing birds on islands in the Bering Sea. But...probably no more crazy than the rest of this year. So - I check with the airline about availability (they only fly 3 days a week to St. Paul) and discover they're sold out of tickets. Until October!

So, Boston it is.