Why am I doing an Big Year in the ABA region? That's a ridiculously huge area of land - over 7 million square miles of it. Plus all the sea bits. And some lakes and rivers. And the air. Don't forget the air! And why am I *only* asking this question now? You can blame the Two Toms - Tom Ford-Hutchinson and Tom Benson. I met them today, and discovered, with considerable envy, that they're doing a County Big Year. As in Orange County, CA. That's 790 square miles! That's almost 7 million square miles less than me! Wow - I bet they don't have to sleep in cars, or planes, sweep any bone yards, or even wear two layers of clothing! It's probably too late now to rethink this whole shebang and do a Middlesex County Big Year... 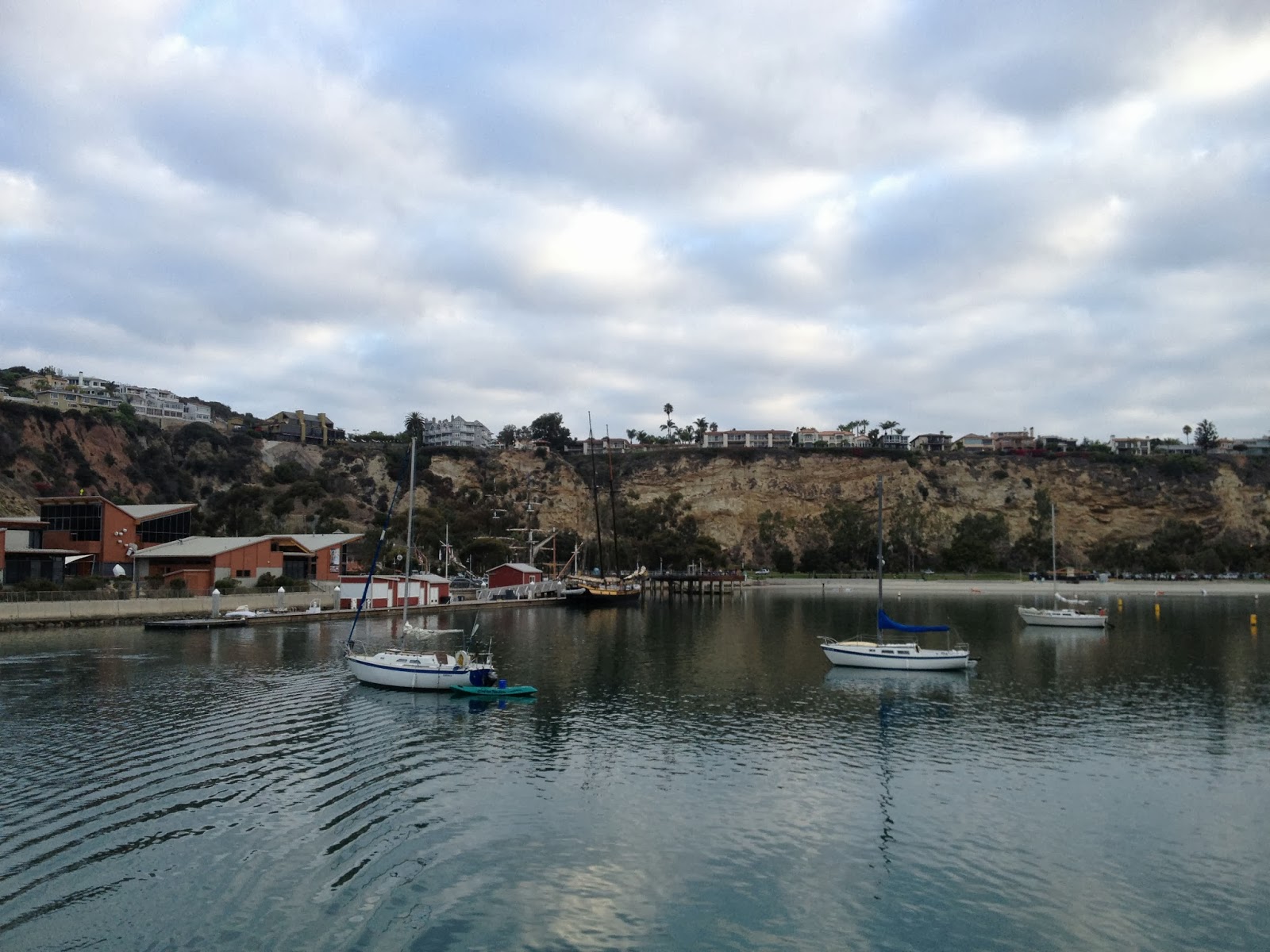 Dana Point. Most decidedly not in Middlesex County, MA.

It's only a half-day boat trip today as we're only going out into Orange County waters. I'm hoping for Craveri's Murrelet - similar to Scripp's but with darker underwings. The chances are good - it's a good year for them, and both Toms saw a pair out here a week ago.

We're only a few hundred miles south of Bodega Bay but the sea bird diversity here is very different. Unlike further north, there are no Storm-petrels today, and only single-digit numbers of Pink-footed Shearwaters (5) and no Sooty Shearwaters (!). But that's made up for by the thousands of Black-vented Shearwaters... 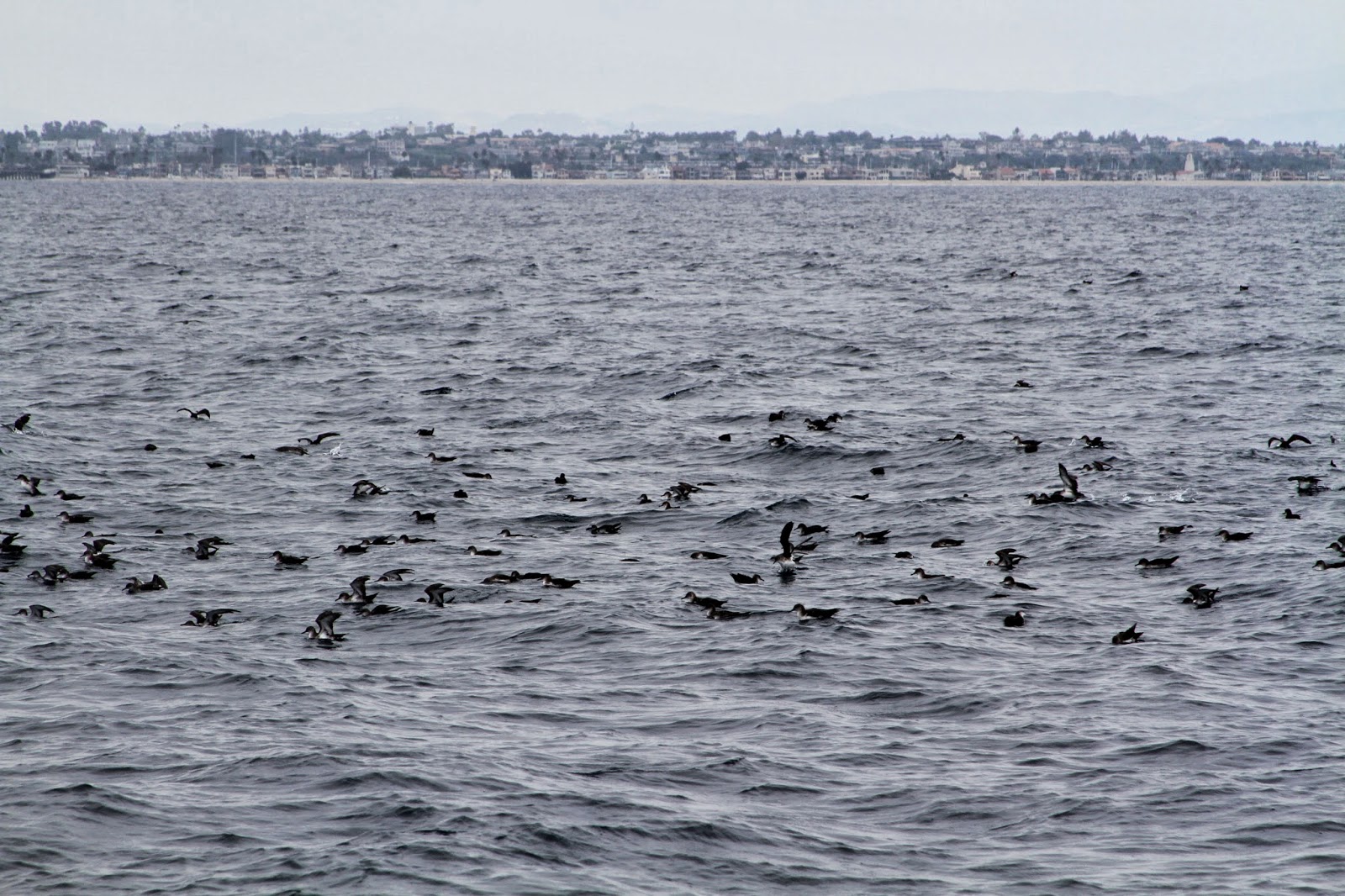 Flocks of Black-vented Shearwaters. This is a good year for them - some years they're largely absent. Unlike some of the more pelagic shearwaters this one's found close to shore. 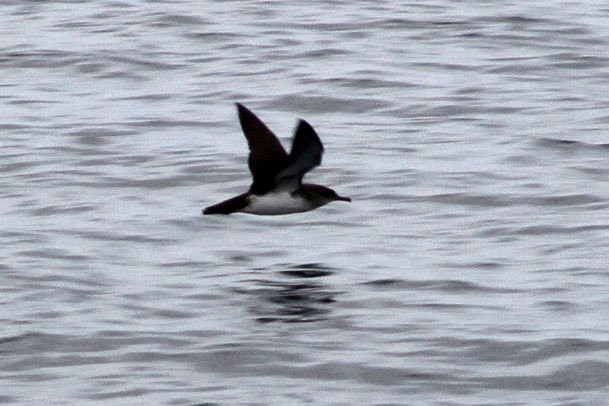 Black-vented Shearwater - superficially like a Manx (and previously
considered a sub-species) but browner, with and an obvious dark vent (under-tail.)

Today's not the day for Craveri's though - which might have been a good thing as I could well have slept through it! I keep finding myself dozing off  - a combination of the jet-lag, two nights of sleeping in a car, and the gentle rhythmic undulations of the boat. 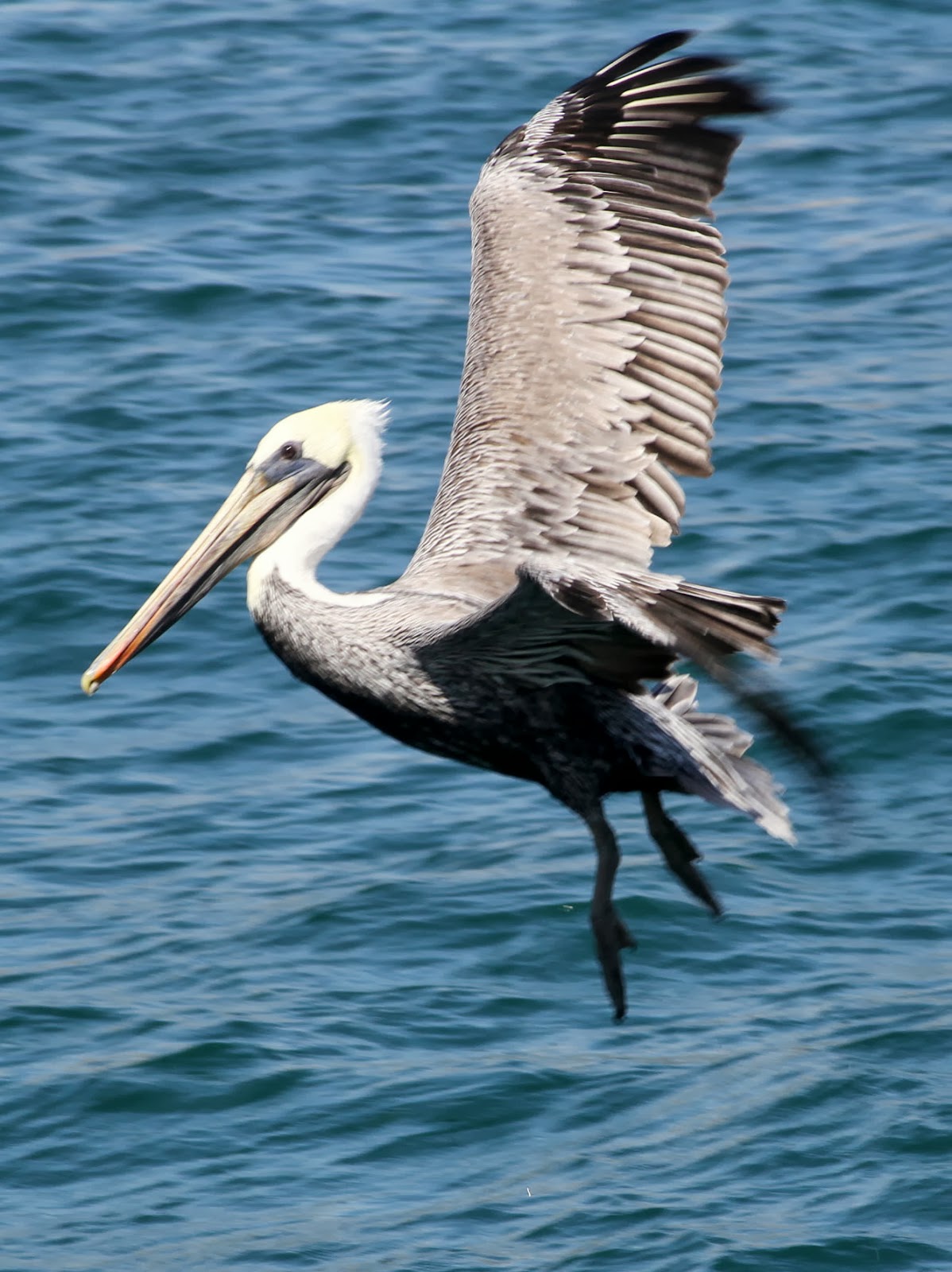 Back on land, I head to a bird I didn't try for in July when I was last in California. Back then it wasn't countable - but now it is. Welcome to the newest ABA area bird: Nutmeg Mannikin!

Nutmeg Mannikins are widespread across tropical Asia - from India southeast down to Australia. It comes in at least 11 subspecies, and a variety of names, including Scaly-breasted Munia, Spotted Munia and Spice Finch. They're highly social birds, commonly in flocks of up to 100 birds. The ease of breeding these in captivity has made them a popular cage bird. And escapees explain their presence now in the wild. They've been in LA and southern California since at least 1988, with several thousand in the wild today. And earlier this month they were formally added to the ABA list.

Thanks to a suggestion by Tom Ford-Hutchinson, I'm heading to Huntington Beach Central Park, where's there's a healthy population. Tom Benson estimated I should get the birds within 20 seconds. Or 40 seconds if I park at the wrong end of the parking lot! (Any longer I suspect and I must be some kind of birding idiot.) And sure enough - I'm not out of the car long (although I'm embarrassed to admit it's more than 40 seconds) before I hear their soft whistling calls. Part of being a social bird involves making lots of contact calls, to keep the group together. And which makes them easy to find. As I walk towards the calls, along a grassy stream bed, a flock of at least 50 birds jumps up from in front of me and disappears into a large tree. 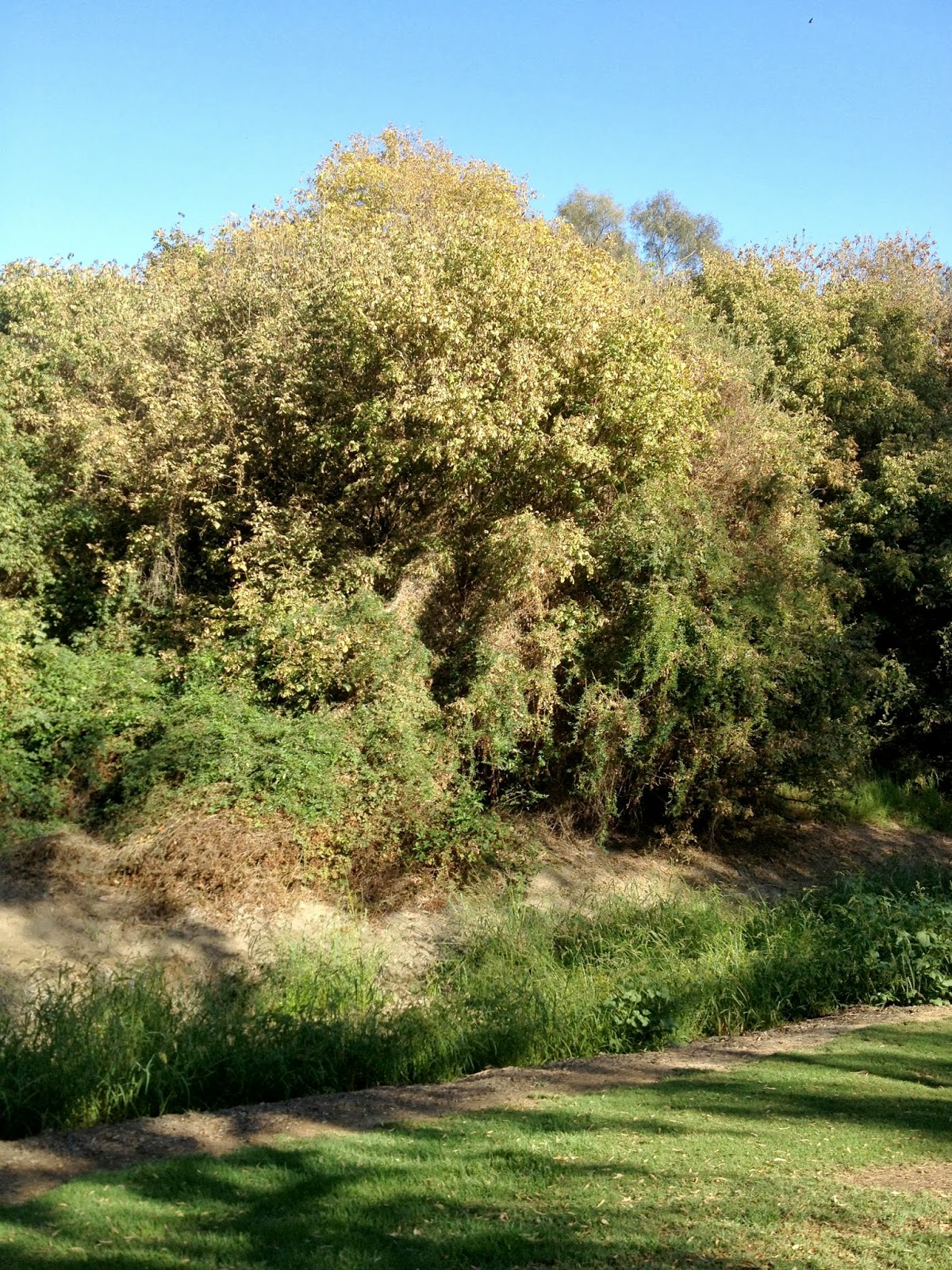 Where'd they all go? A tree full of Mannikins.

They're surprisingly hard to pick out - a combination of their tiny size and ventriloquial calls. But the movement eventually gives them away... 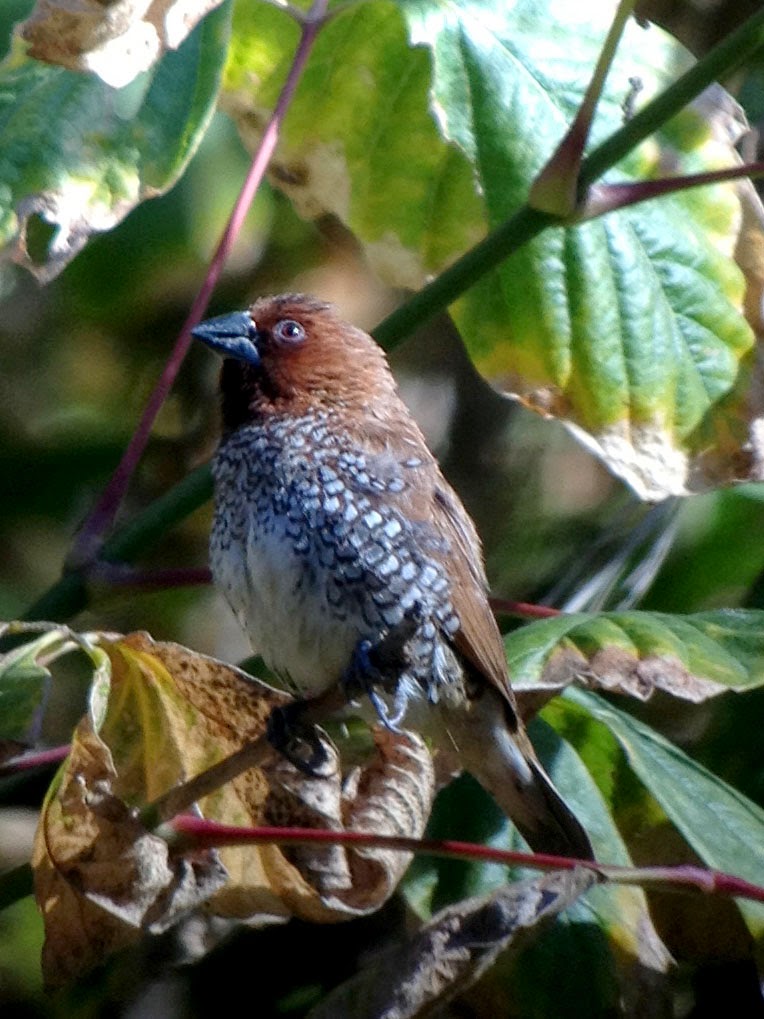 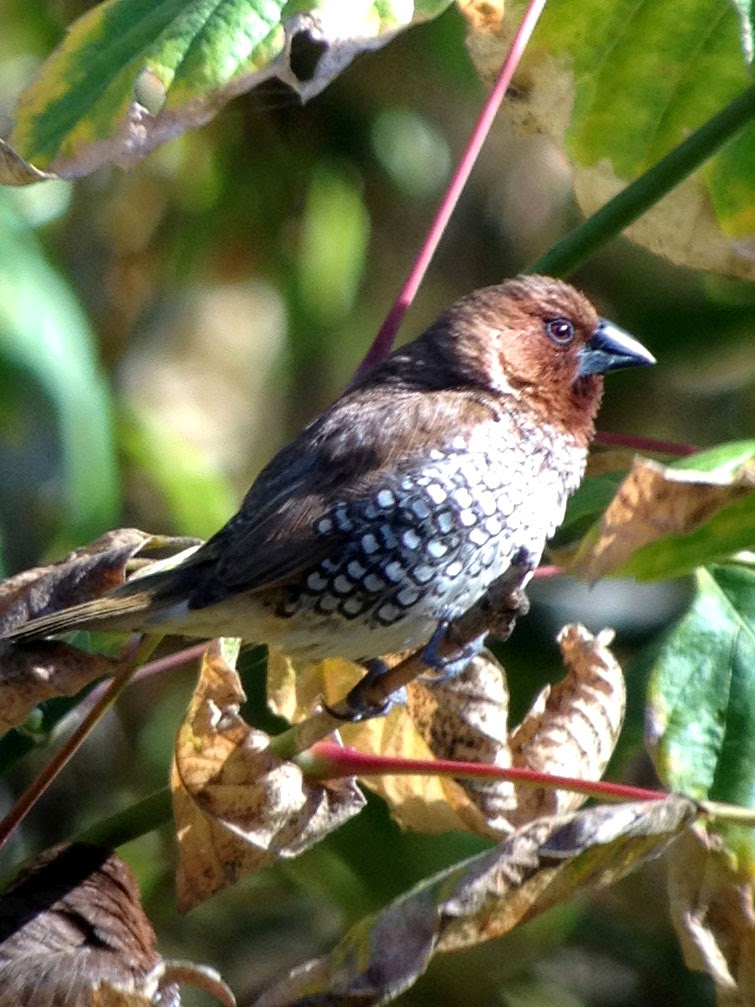 What a very cute bird! And it's not just me that thinks so - an inquisitive bird pops out nearby to see what all the Mannikin fuss is about... 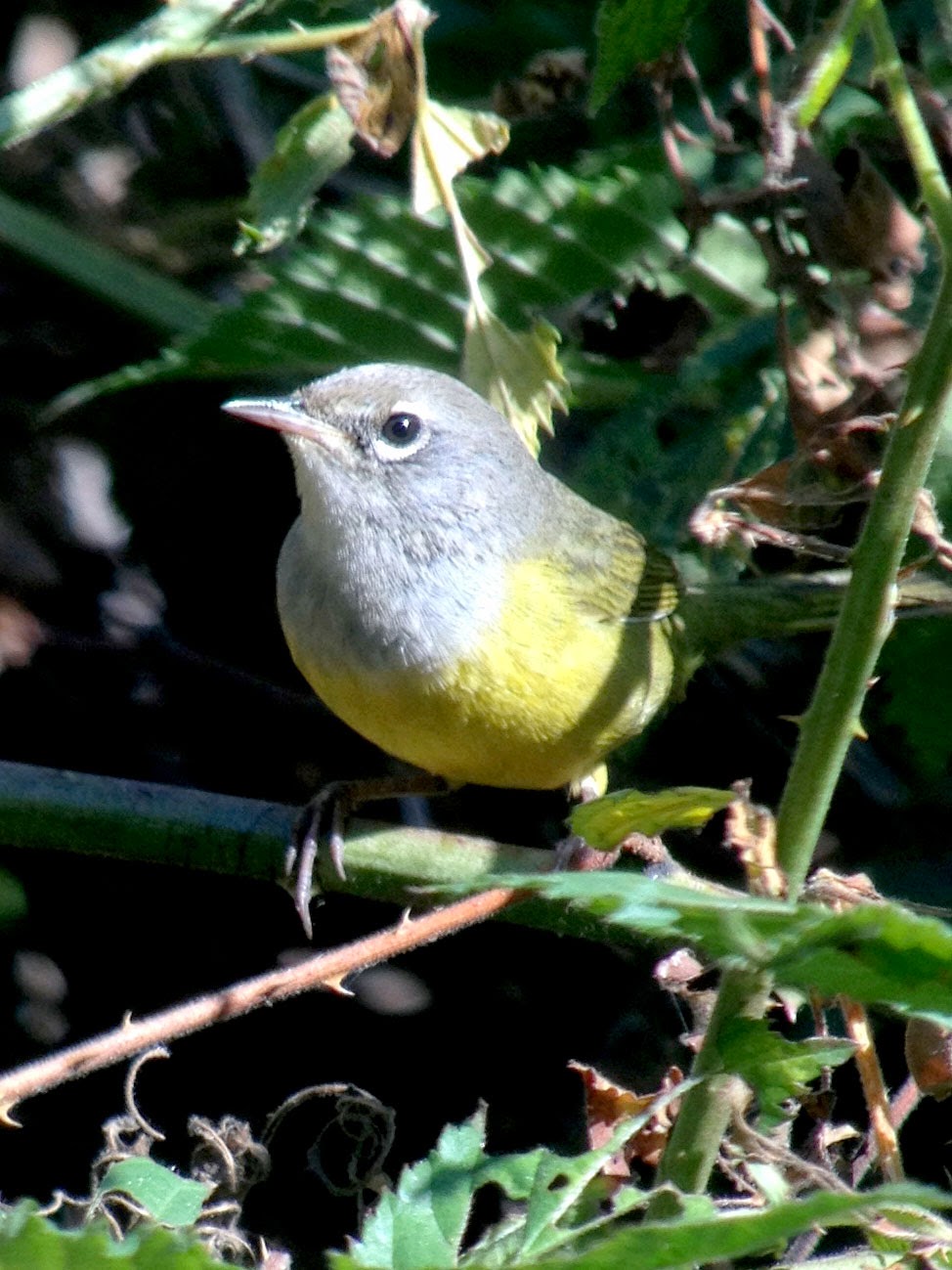 I have the rest of the afternoon free. There's a nearby Yellow-green Vireo and the coast's reeling from an invasion of Blue-footed Boobies. Instead, I decide to ignore these and waste 4 hours driving between Apple stores trying very hard to give them money for the new iPhone. Of course, they're completely out of stock, and look at me like I'm an idiot for expecting to be able to buy something that's technically been released and is on sale. Grrrr. So, no Vireo or Boobies and no new iPhone. But I do have a new bird for my ABA County Big Year!