I have a couple of days free this week after the San Diego pelagics and the Bodega Bay trip on Friday. So - rather than catch up on my blog and actually update my readers (both of them) on what I've been doing, I decided to head out instead and do some "fun" birding. Wait - hasn't all this birding been fun? Well, yes, that's kind of the point of the year - but it's a lot more relaxing if I don't have important year targets to chase (and potentially miss.) Yeah, Big Year birding can get pretty stressful.

Splits are great for birders - it's an opportunity to get an extra life bird on your list. And, even better, if you've already seen the subspecies that are now elevated to the species level, you can get an "armchair tick" - a new life bird without even having to leave home (or your proverbial, or actual, armchair.) [The opposite is the dreaded "lump", when birds you've already seen are combined into a single species, resulting in a diminution of your life list, and spending time in your actual armchair with a stiff drink.]

The belli subspecies is extremely obvious because of the dark head, while the latter two are either (at best) very difficult to tell apart visually, or impossible to tell apart! So, it was rather surprising to most birders that Sage Sparrow was split into 2 species as follows:

(a) Bell's Sparrow - belli and canescens
(b) Sagebrush Sparrow - nevadensis

And while the summer breeding ranges are quite distinct, canescens and nevadensis do overlap in the winter, with the former ranging as far east as Phoenix. So - my pre-split winter "Sage Sparrows" at Buckeye Road, Phoenix, could have been either of the new species. So - I've taken that off my list, and added the canescens I saw in Kern County, CA this summer as the new Bell's. I'll have to track down Sagebrush this winter, but I'd also like to get a solid Bell's Sparrow - the distinctive dark-headed belli form - while I'm in San Diego.

Dan King, whom I met on one of the San Diego boats, suggested I try the Otay Lakes, just east of the city (this is the same Dan King who told me of Whitney Portal the fantastic Sooty Grouse location - thanks again Dan!) The Bell's Sparrow spot is a fairly easy place to find - just look for the giant graffiti-covered dam: 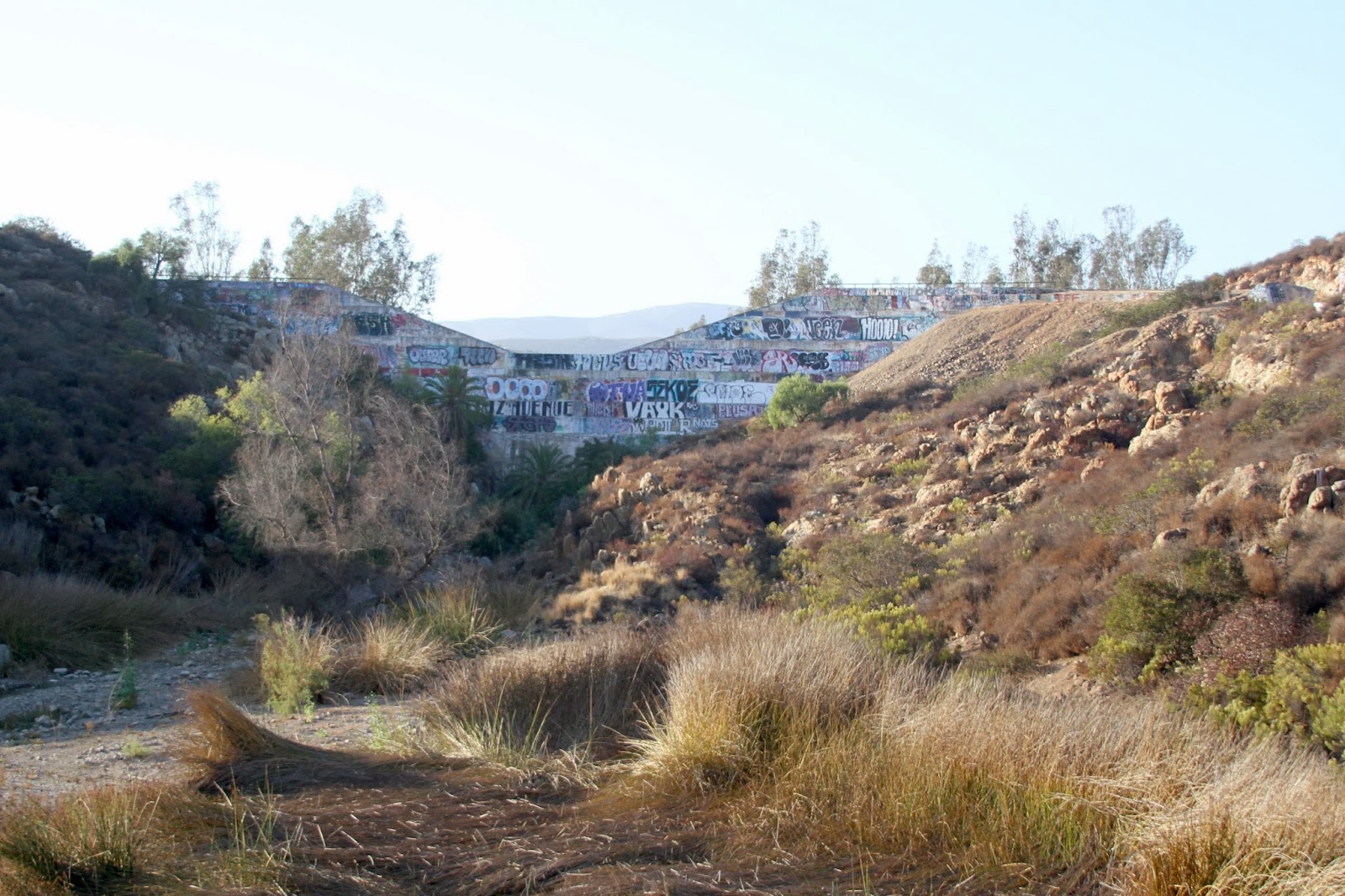 And after climbing up the dry sage- and laurel sumac-covered slopes I was rewarded with some great views of the tiny Bell's Sparrow: 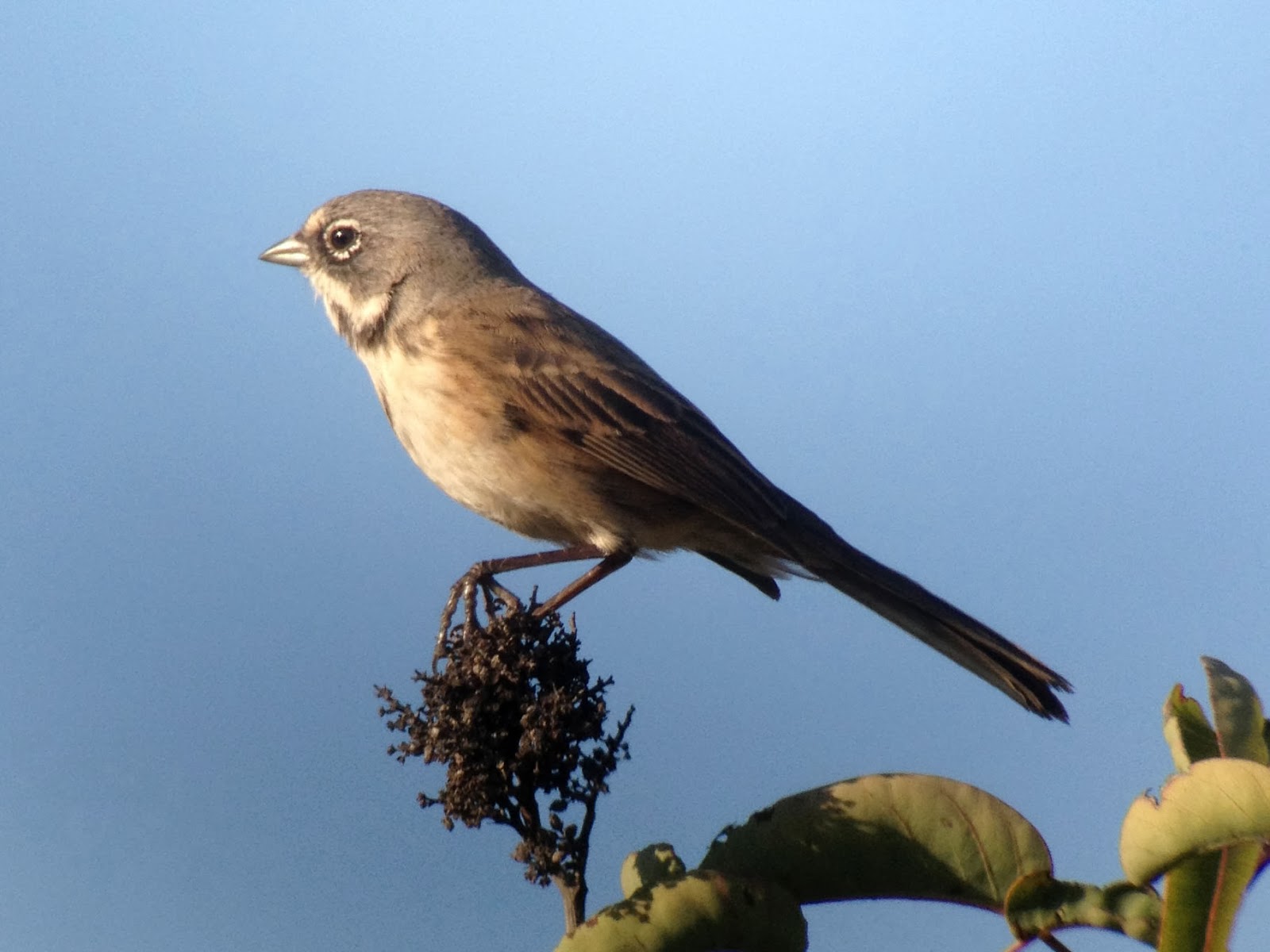 Now I just need to track down the Sagebrush Sparrow - probably in eastern AZ this winter (they range much further east than canescens Bell's.) Or try the Buckeye spot again - and try to separate the canescens from the nevadensis. David Vander Pluym posted an excellent article discussing field marks (especially malar stripe) that could be useful in separating the two. This is supported by photos by Tommy DeBardeleben of sparrows at the Buckeye location (he found and photographed both species there, with Sagebrush by far the more common, as expected.)

Anyway - back to California and the "fun birding." Another bird I really wanted to see while I was out here was Red-throated Pipit. In southern California they can be found on sod farms strutting around in full view - i.e. not like the shy, skulking birds I saw in Alaska this fall, where I'd only see them flying away after flushing them.

So, on my way back north I stopped at Arnold Road, Oxnard - the same place where I saw Tricolored Blackbird this summer. 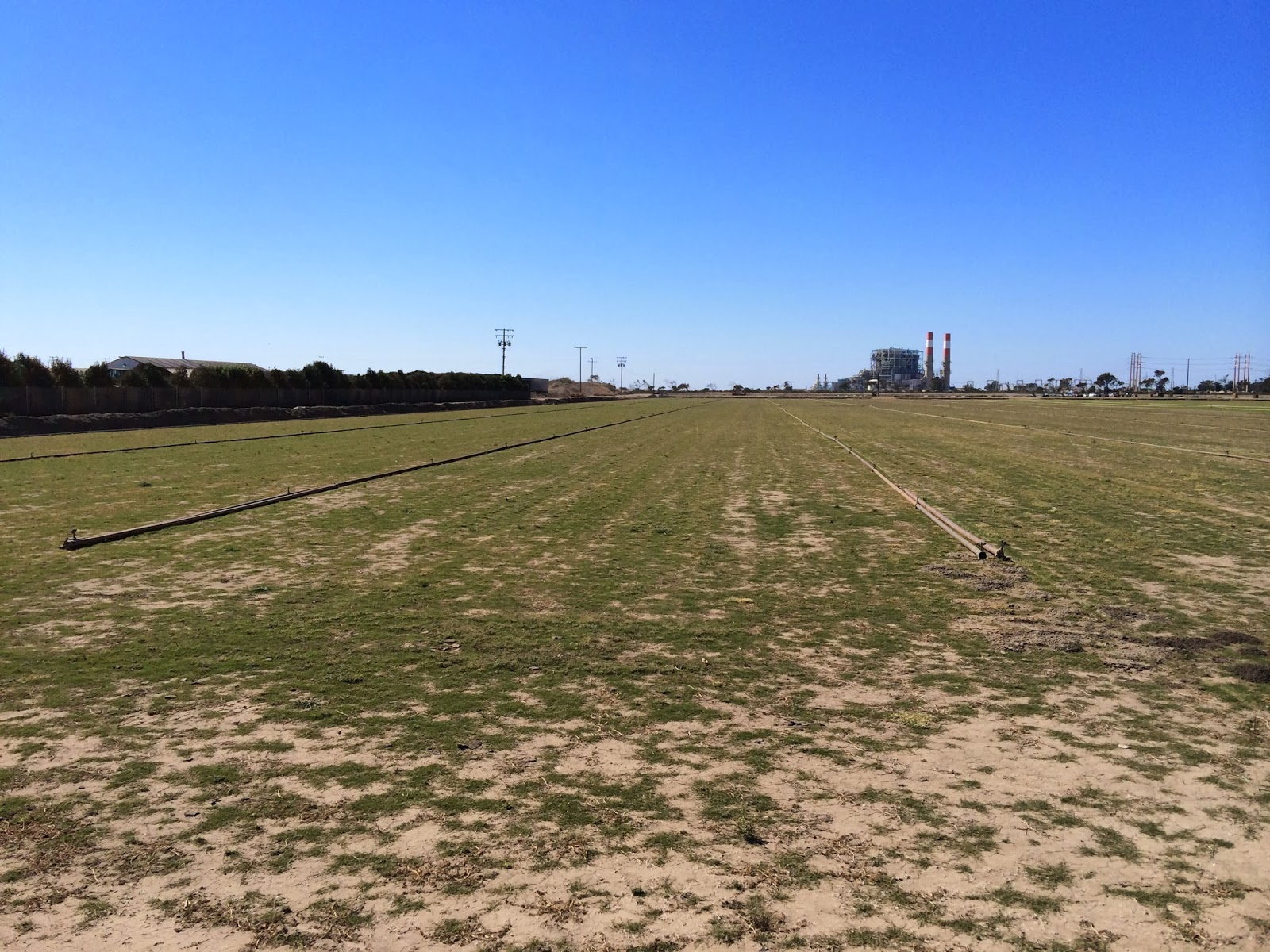 Arnold Road, Oxnard - a magnet for migrating and hungry pipits 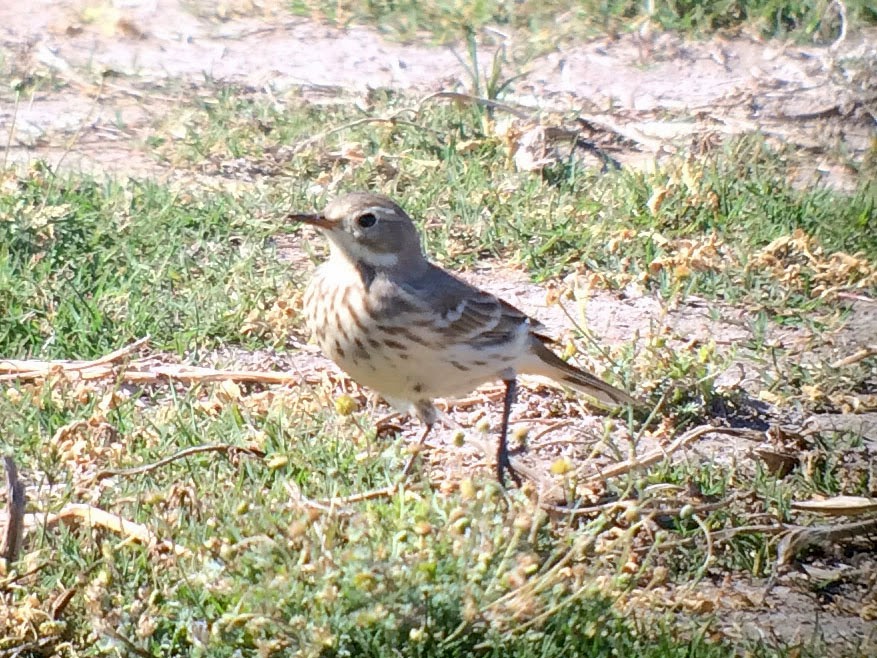 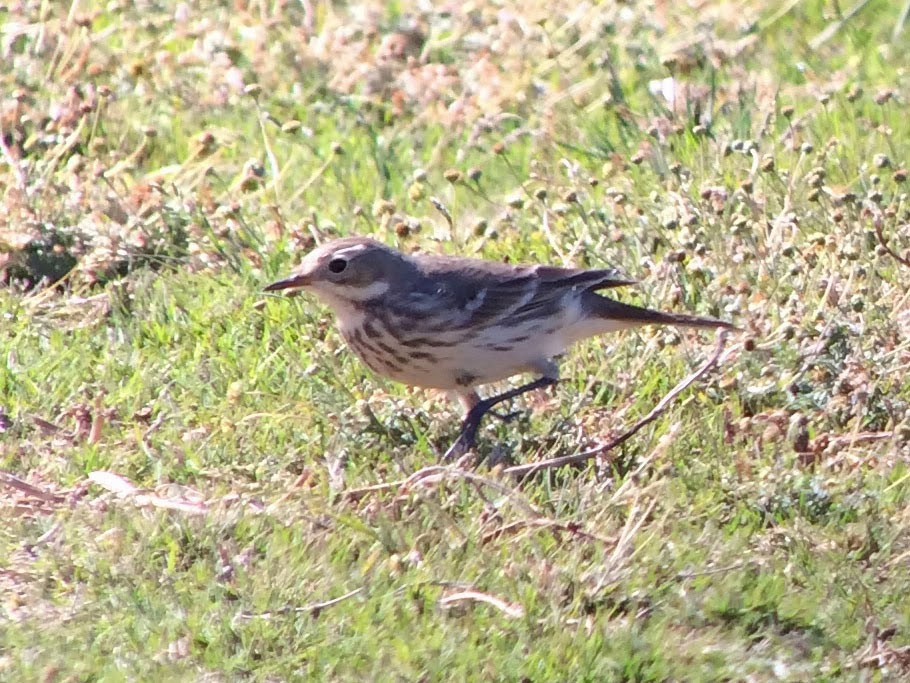 While I'm sorting through the pipits, birds of prey would continually parade through the fields, hoping for an easy meal. 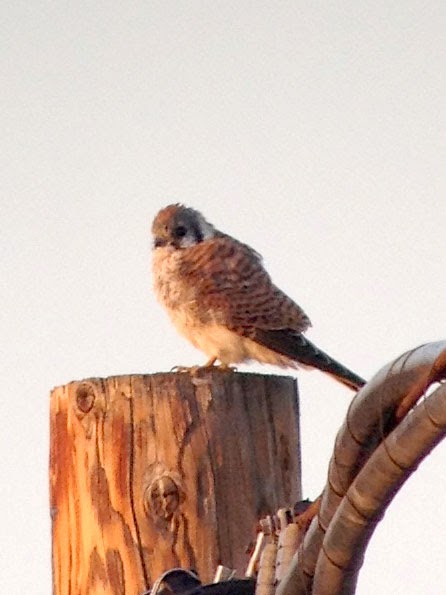 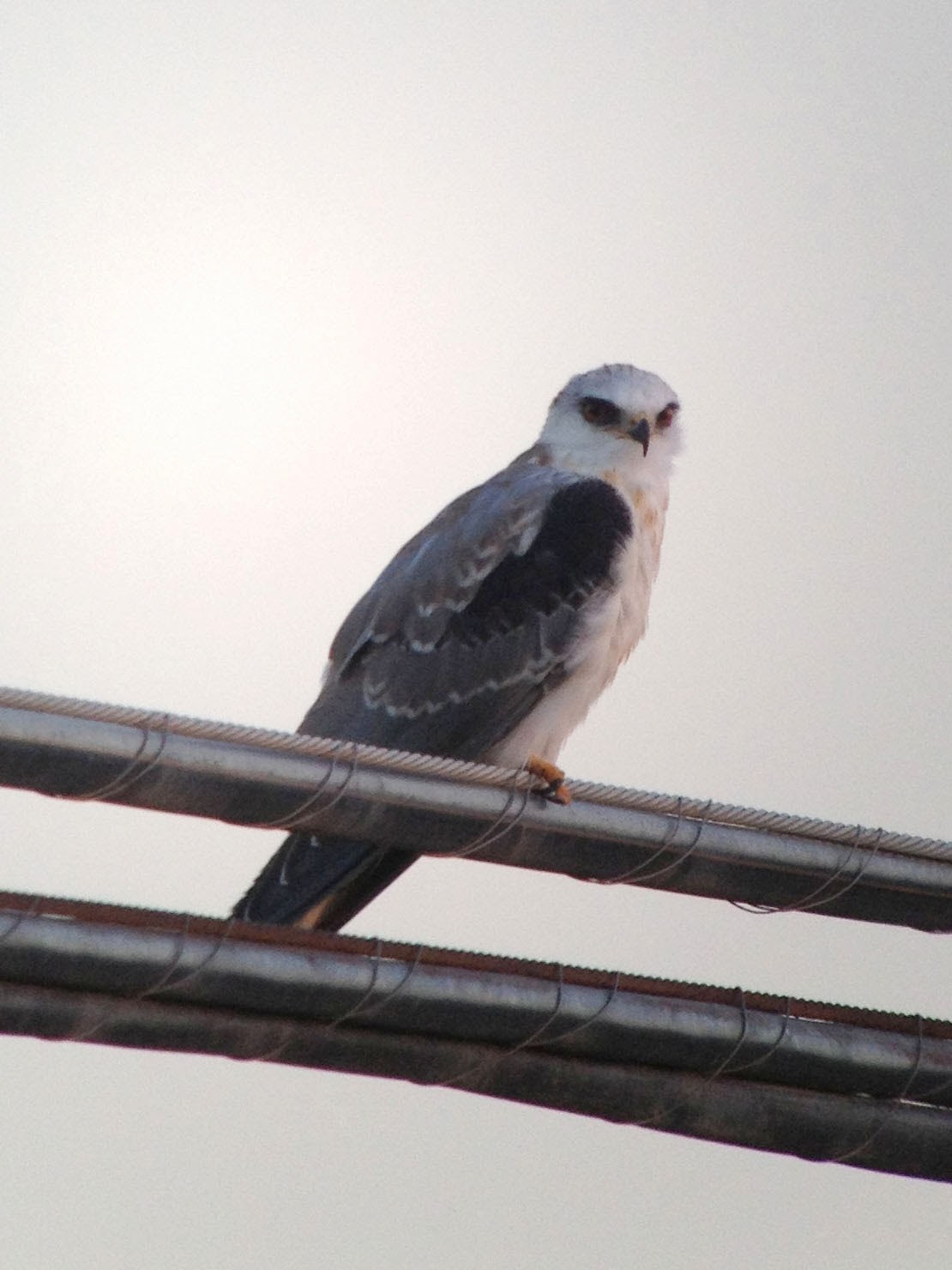 And with each passing raptor, the flock would lift off, circle round calling, and then eventually resettle, reshuffled into new positions. And among the American Pipits I found two odd-looking birds with striped backs and bright pale legs - Red-throated Pipits: 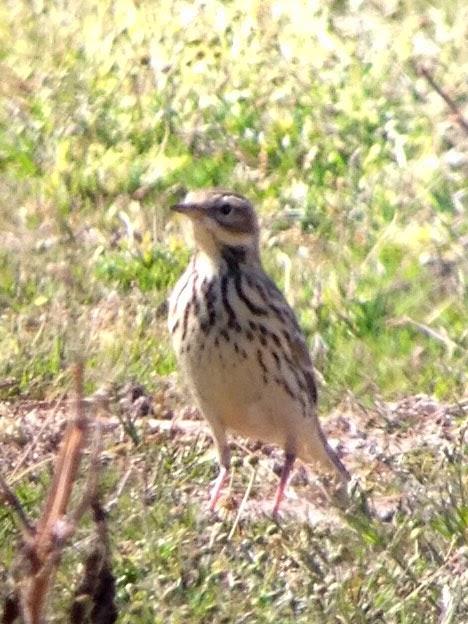 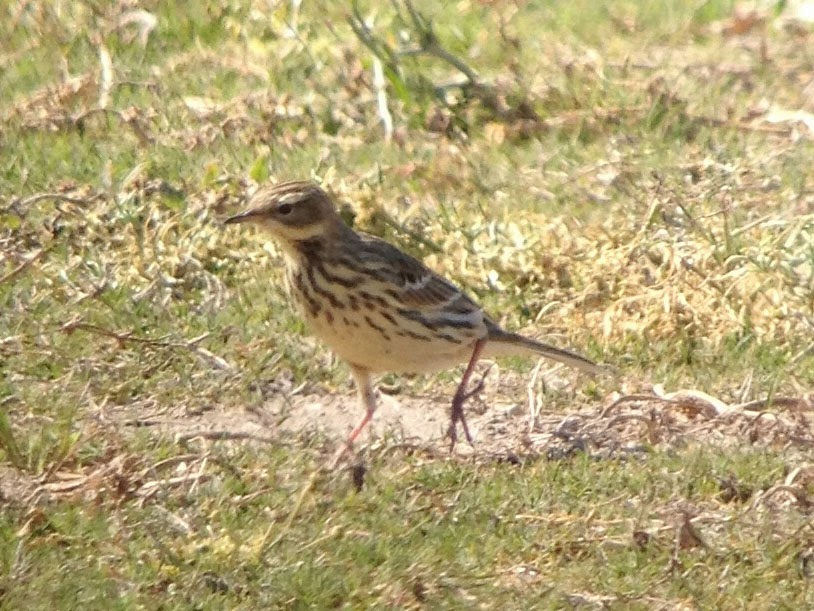 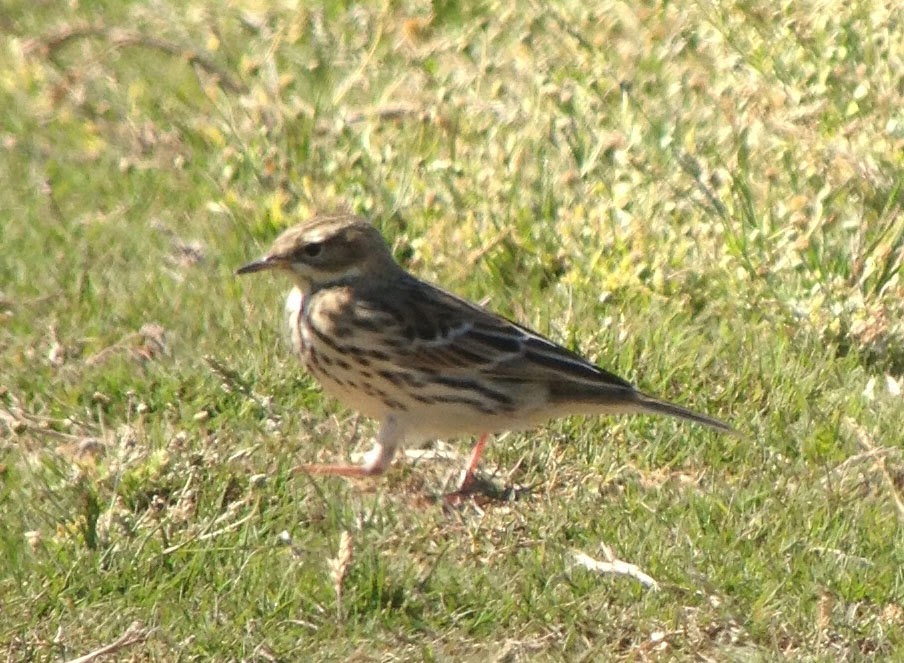 Red-throated Pipit (in summer they really do have red throats!)
A breeder of the Russian Far East and western Alaska

It would be slightly ridiculous leaving California without trying to see at least one of the (many) Blue-footed Boobies that have invaded the state this year in unprecedented numbers. So - on the way to Los Angeles airport I stopped off at Playa del Rey to check out the breakwater, which has been hosting 3 Boobies this fall.

The Playa del Rey breakwater is popular with people fishing, walking and biking. And even the birds seem to like it. 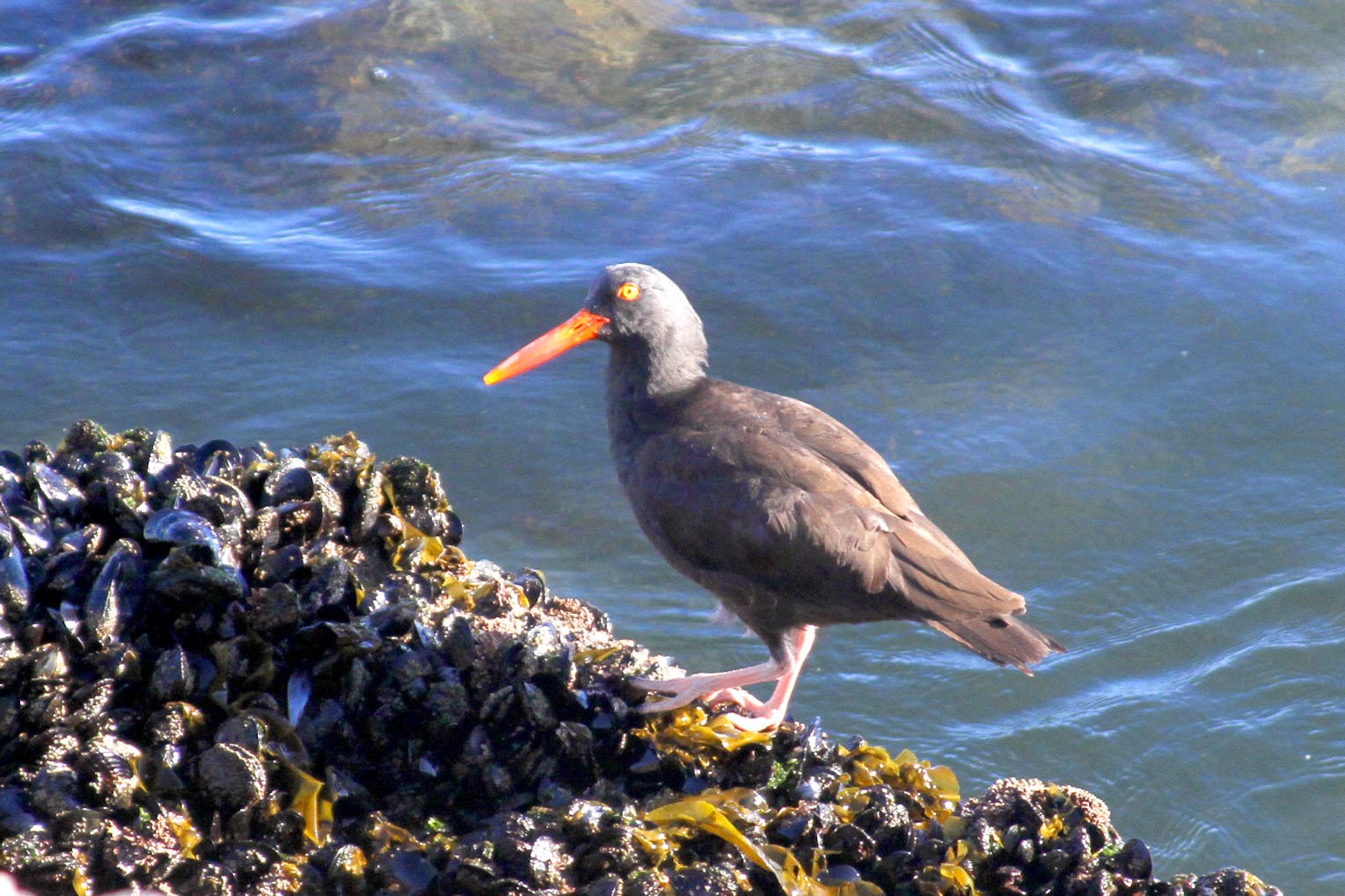 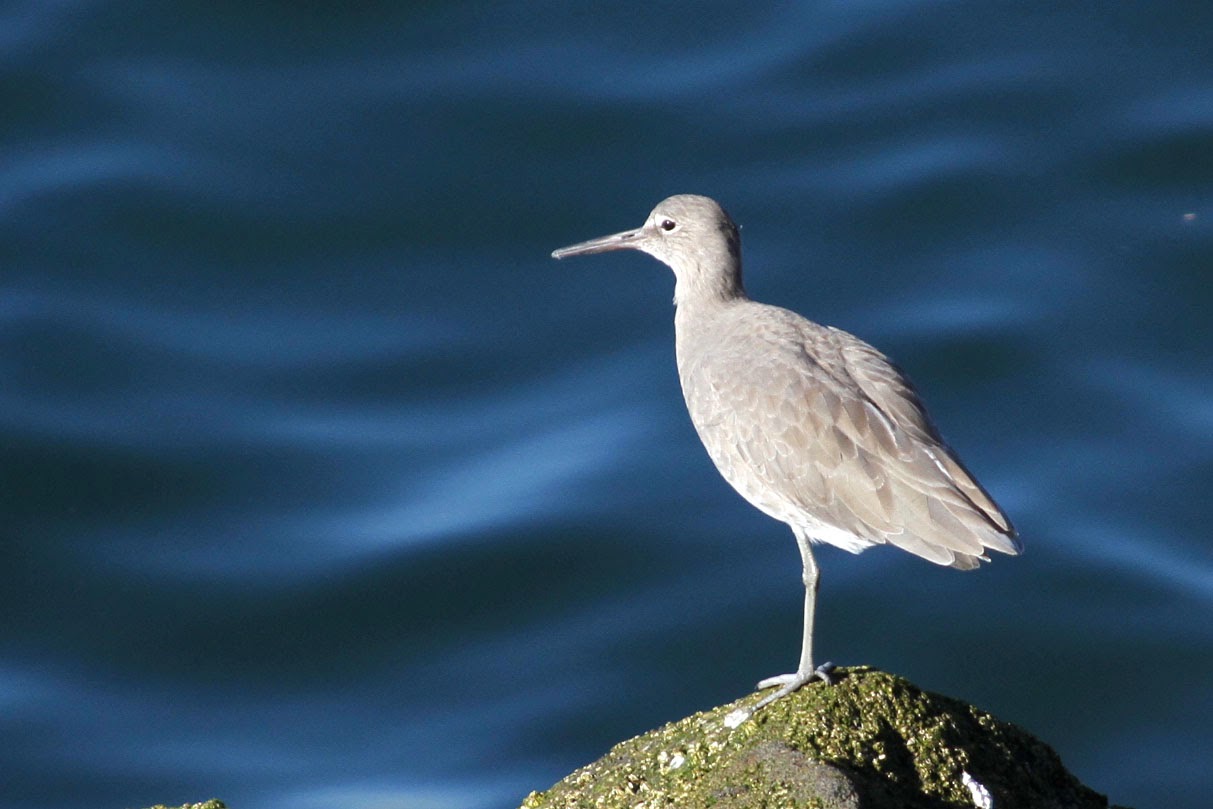 And at the very end - I find the Boobies, hanging out... 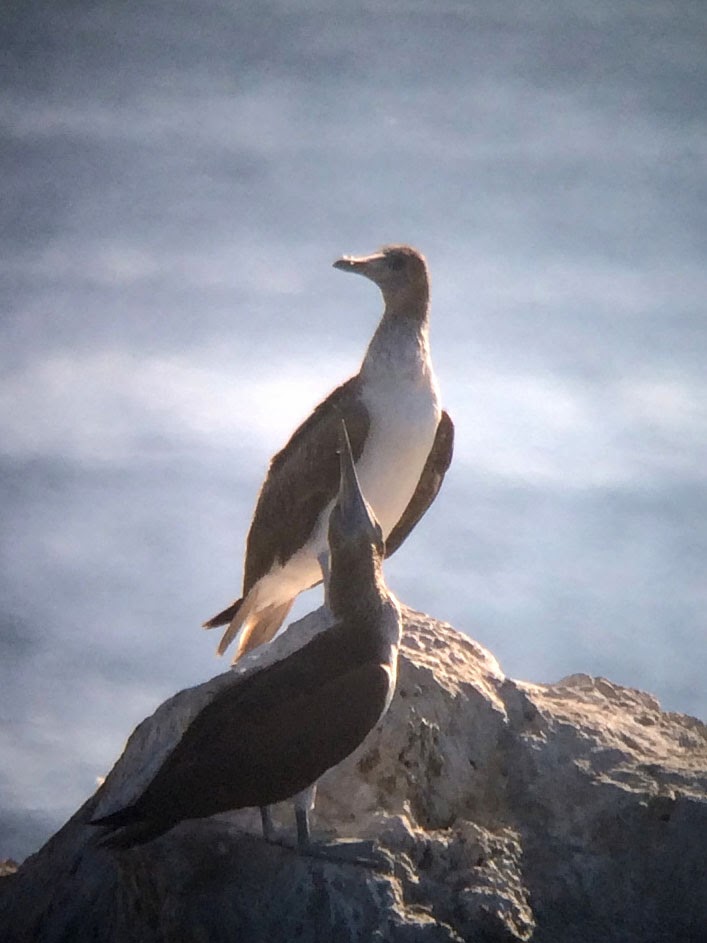 OK - that's it for the fun birds. Back to the hard core grind that is the Big Year. Friday I'm on a pelagic out of Bodega Bay, and then either I'm going home or off to Texas for the recently-found, and very rare, Golden-crowned Warbler.