Despite what you might expect, a Big Year's not all jet-setting, gin and tonics, fine dining and glamor. There's actually a lot of standing around and waiting involved. And it's not like you can read a book while you're waiting. Or catch up on the latest Wait, Wait Don't Tell Me. But maybe it's made me a more calm and patient person? (Hmmm. No. I really don't think it has.)

I'd flown home from California to Boston on Saturday after being away from home for almost a month. After Alaska and several pelagics in CA (including Bodega Bay - described below) I was ready for a long weekend of sleep, coffee, watching the Red Sox, sleep, enjoying what's left of the New England fall, sleep and spending time with Gerri and the cats. But mostly sleeping. But my R&R plans were ruined as soon as I landed and turned on my stupid phone: Bean Goose at the Salton Sea! That's a good bird. It's a goose - so could possibly stay all winter (one did back in 2010-11.) But I couldn't relax this weekend knowing it was out there. [Actually - there's also a Golden-crowned Warbler in Texas that gave me even less reason to let up and rest this weekend.) Reluctantly, I booked pretty much the next flight back out west.

And so, I'm back at the Salton Sea - which thankfully isn't as stupidly hot as it was back in the summer. (But "less than stupidly hot" is still hot!) There are lots of geese around. But apart from one Cackling Goose, they're all white - Snow Geese and Ross's Geese. 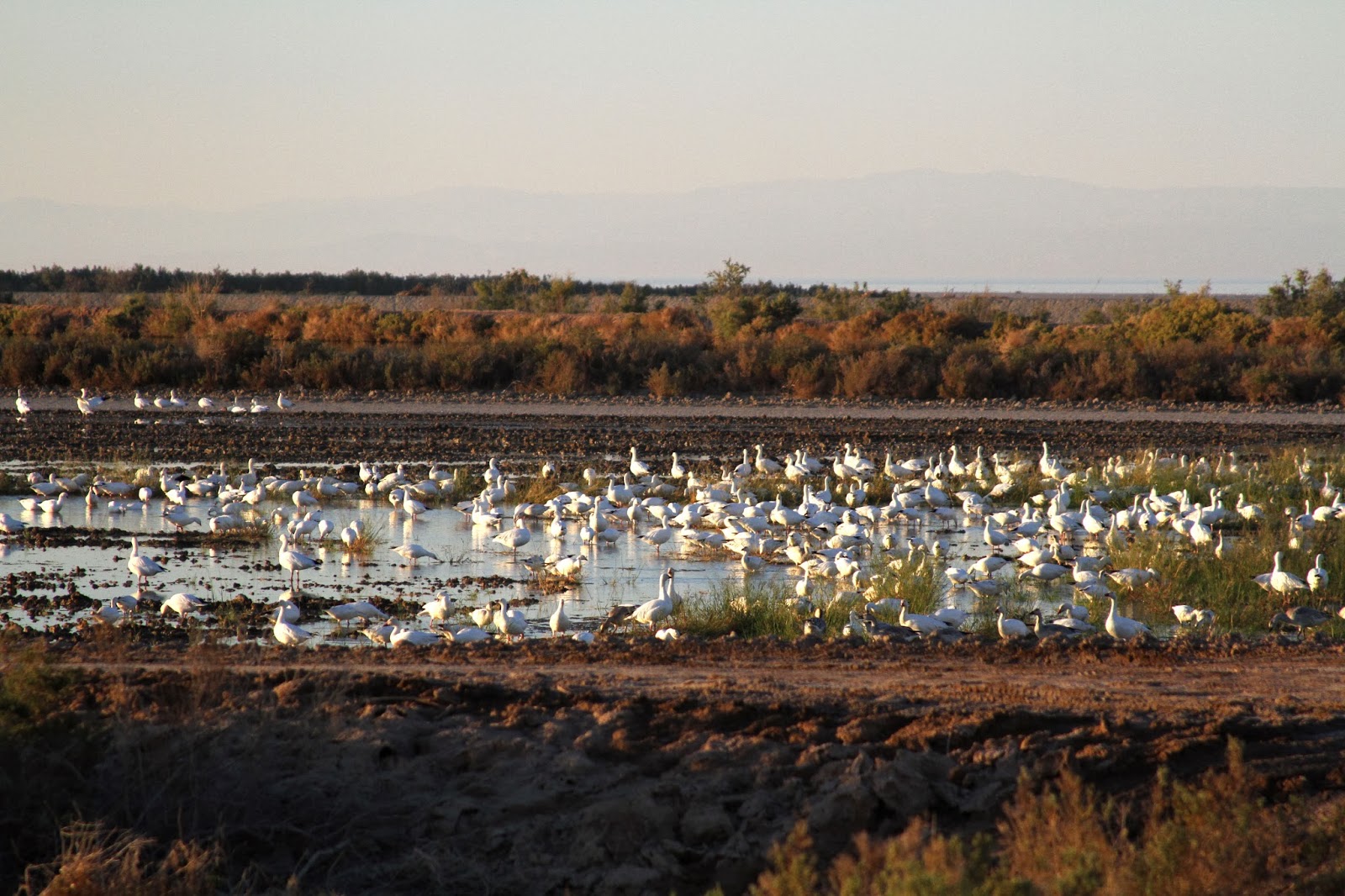 Field of Geese (Snow and Ross's)

But despite the 9 hour vigil, the Bean Goose never appears. It wasn't seen yesterday either. It's probably in Mexico by now, knocking back Margaritas.

Despite the disappointing goose no show, we did have time to see the now famous Blue-footed Boobies at nearby Obsidian Butte. Blue-footed Boobies (7 juveniles)
Part of the recent invasion of this species from Mexico.

Other highlights were American Bittern, Roadrunner (which apparently forgot how to make the "meep meep" call that of course all Roadrunners make) and the resident Barn Owl at the Sonny Bono visitor center. Oh - and lot's of honking Sandhill Cranes, newly arrived for the winter. 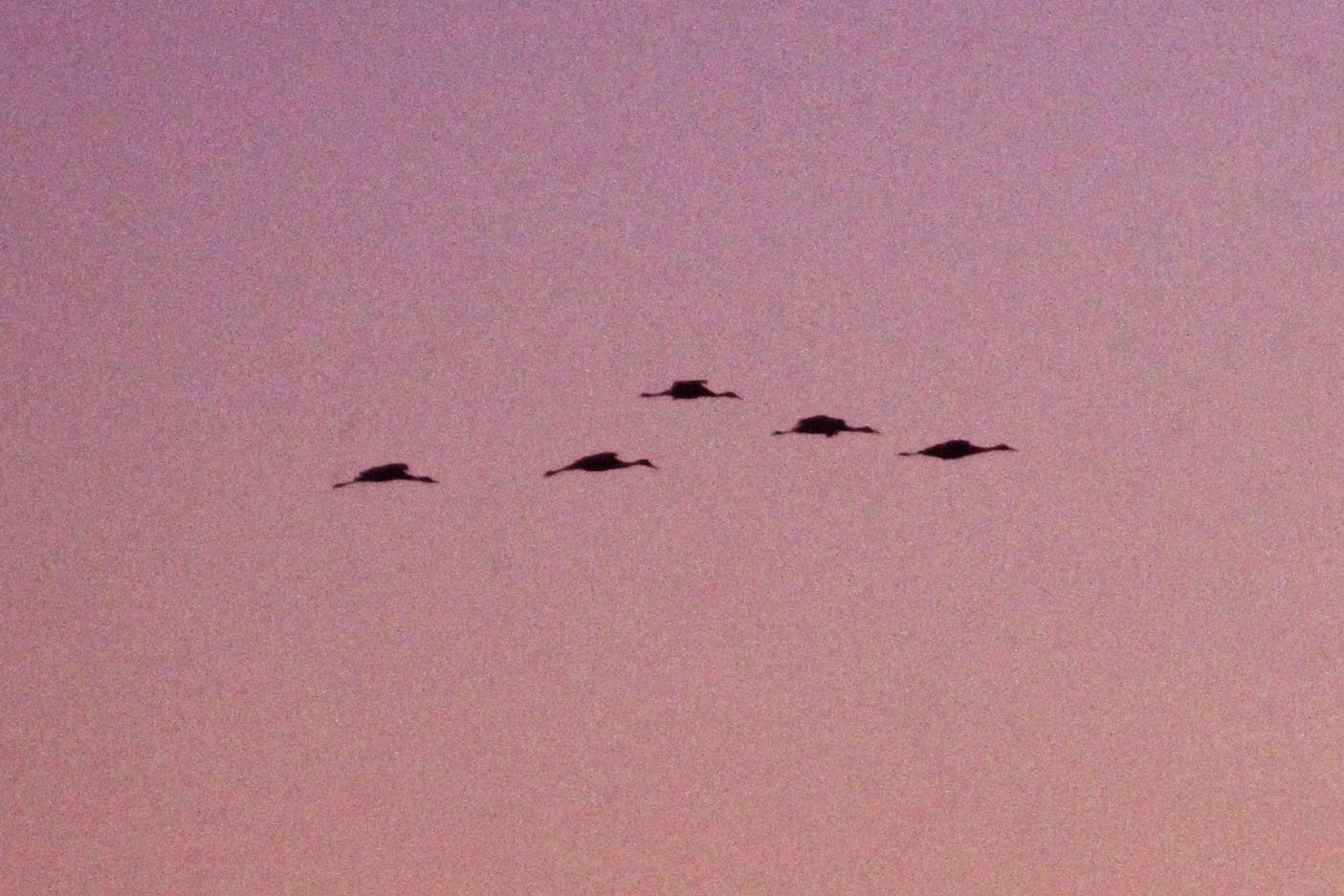 Sandhill Cranes - flying into the sunset

Last week, before the brief trip home, was also a bit of a wild goose chase - the goose was a Cackling Goose, and the chase a pelagic trip with Debi Shearwater out of Bodega Bay. 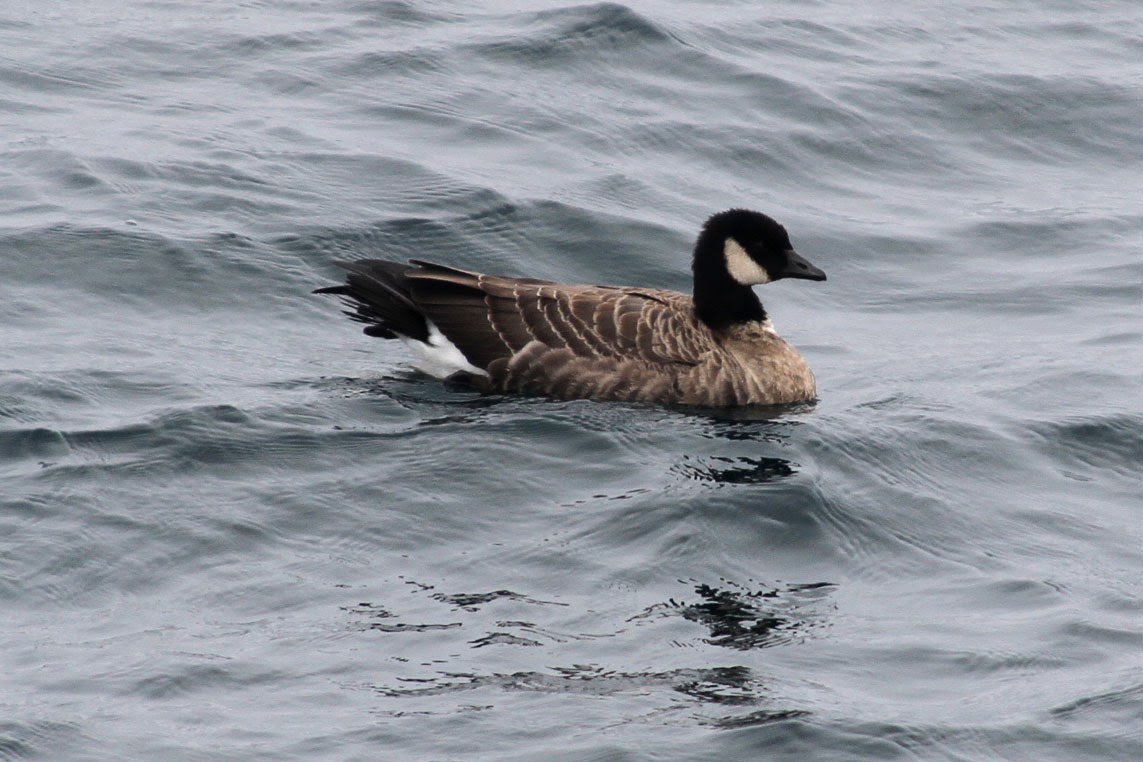 Cackling Goose - on the Cordell Bank, more than 25 miles out to sea.

Bodega Bay, in northern California, has more records of rare seabirds than any other US port - and so this was one trip I didn't want to miss. Jay Lehman joined me, as well as Brian Patteson and Kate Sutherland who run the pelagic trips out of Hatteras, North Carolina.

Despite the rarity history of this place, the Cackling Goose was the rarest bird we could pull out of the proverbial hat. (Debi thinks this is the first Cackling Goose she's ever had on a pelagic trip in over 30 years!) One nice surprise was a Brown Booby (adult) that flew over the boat several times, 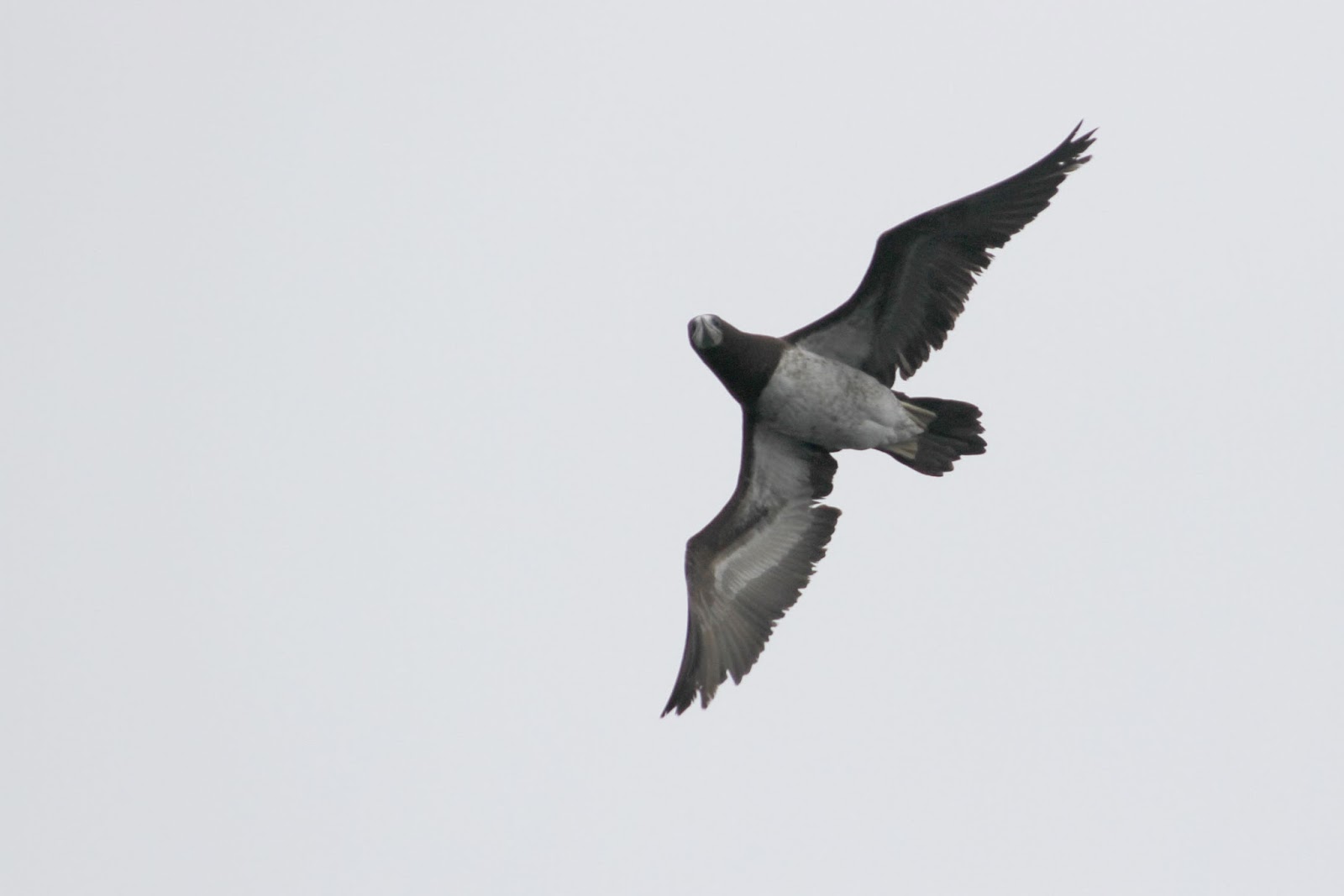 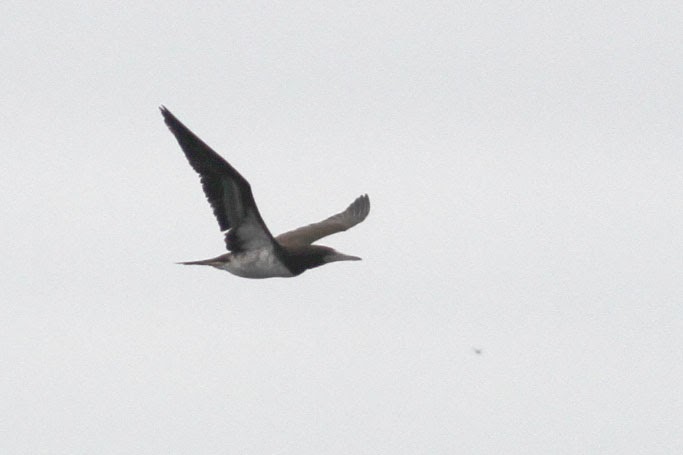 as well as two Flesh-footed Shearwaters, and great looks at Short-tailed Shearwater on the water - a bird I've previously seen flying in the Bering Sea 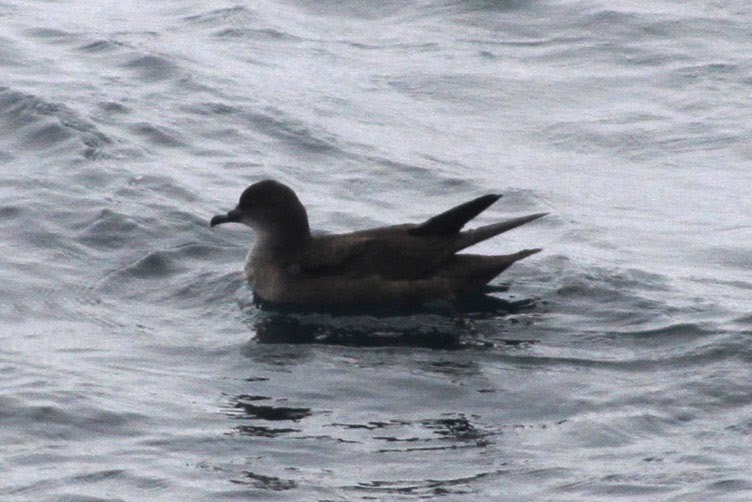 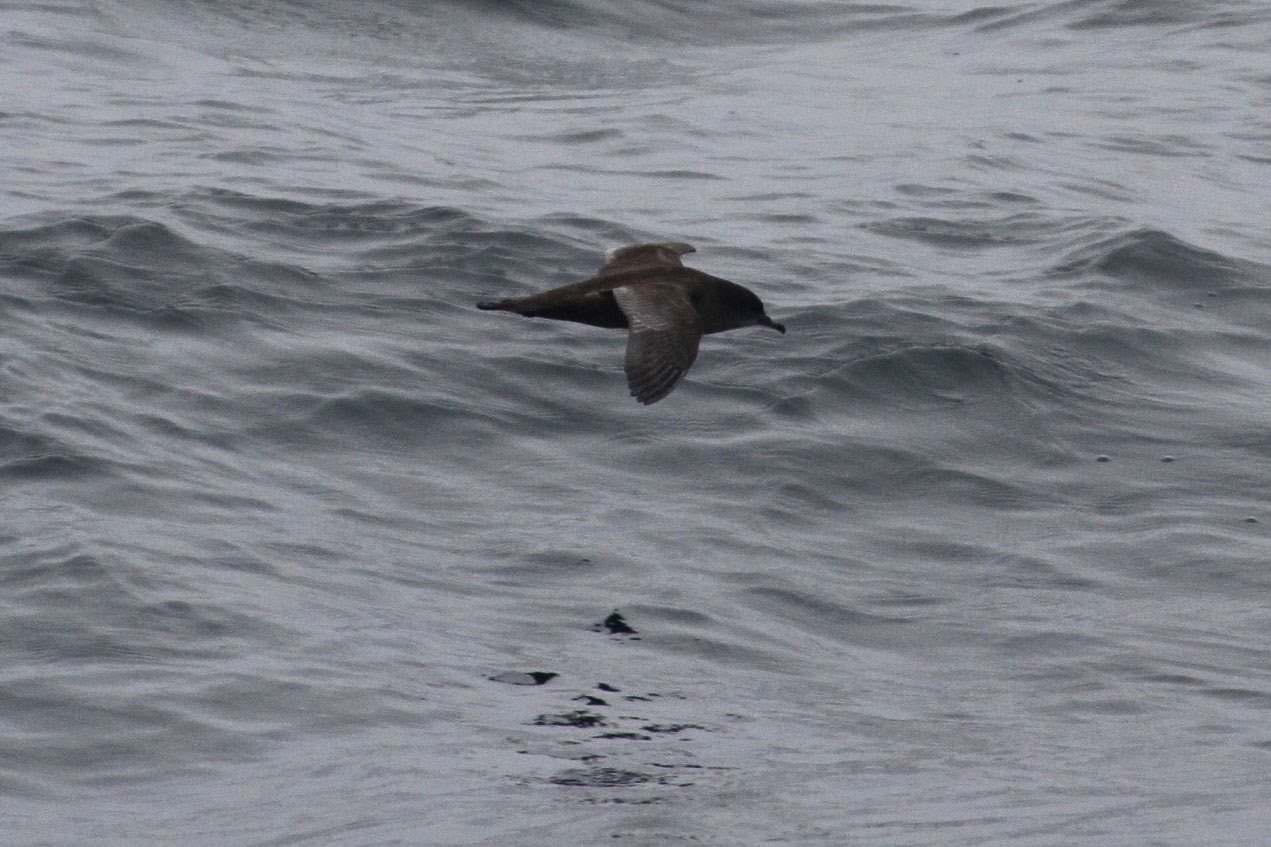 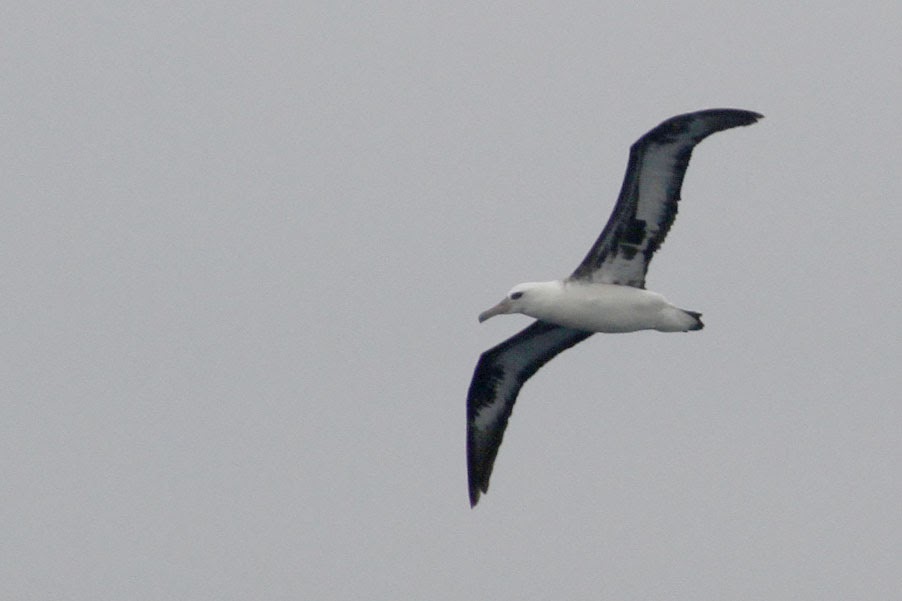 Laysan Albatross. Individuals can be recognized by
the unique black-and-white underwing patterns.

So new birds in Bodega, but still a fun trip.

After the Bean Goose chase today, I'm heading to Texas tomorrow for the Golden-crowned Warbler in the Rio Grande Valley. It's a very rare Mexican warbler (code 4)  that could well spend the winter here - but I'm not going to risk waiting any longer. Will I get the bird? Since I'm actually writing this post after getting back from Texas I could tell you know that I...Wait, Wait, Don't Tell Me!