I WISH THEY ALL COULD BE CALIFORNIA...GULLS

If it weren't for a gull with yellow feet, I wouldn't have driven 2 hours through the desert, and be getting out of the car into a very humid 113F to squint along a smelly shoreline. But I'm very glad that I did! The Salton Sea may not be on most people's vacation plans for California, but it's a sight worth seeing. Hey - where else can you visit a wildlife refuge created by a rock star?! 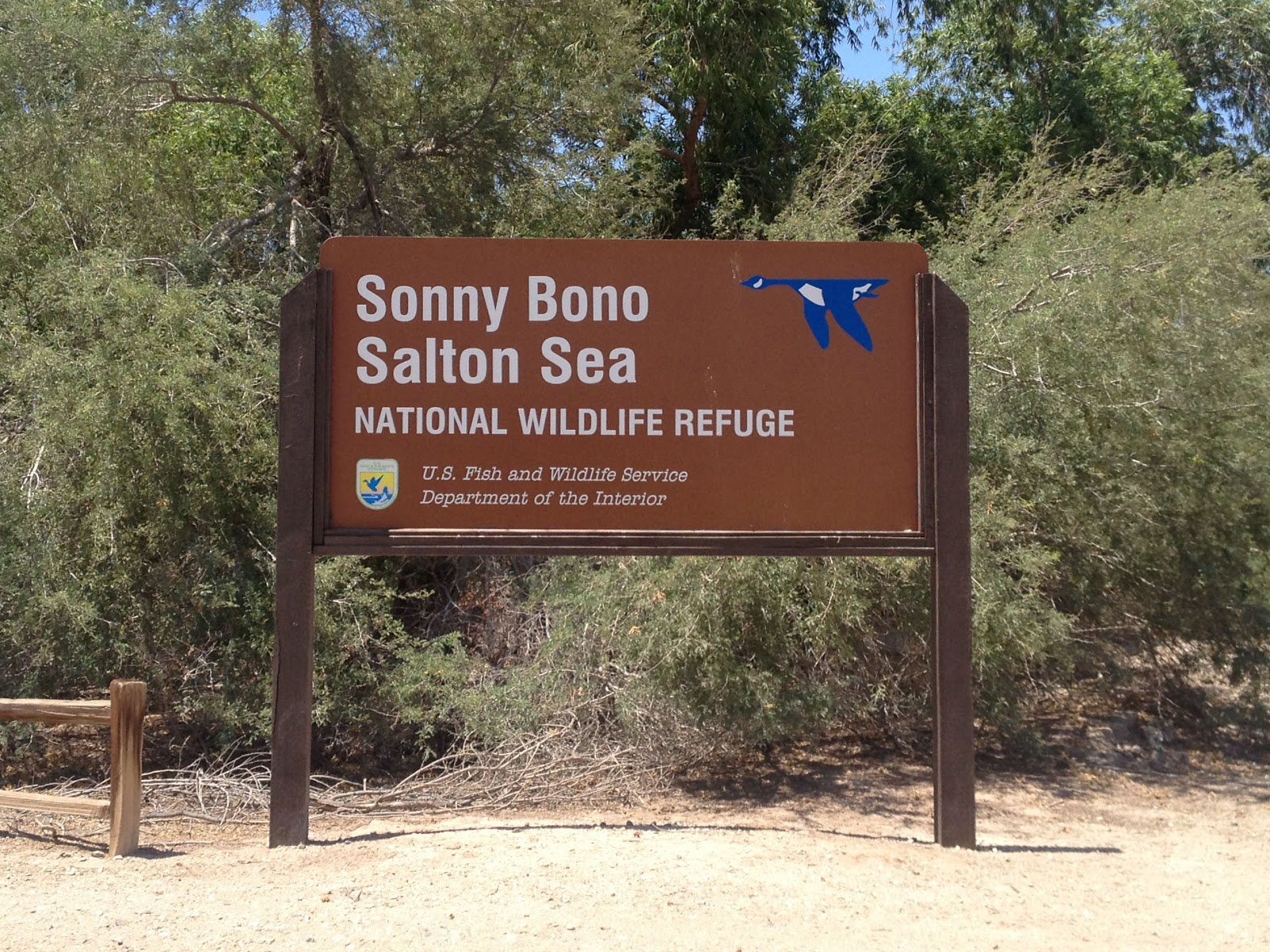 The Salton Sea is a bit of a mistake. Until 1905 it was a desert. And if it hadn't been for a massive flood in 1905 it would still be a desert. The Colorado River broke through a series of new canals designed to irrigate some of this land, and for a year and a half almost the entire river was diverted into this rift valley. With no natural outlet apart from evaporation, the lake is now the largest in California. It's also the lowest - at 226 ft below sea level. And the saltiest - more so than the Pacific Ocean. Since its creation it's been a huge magnet for birds - including the rare (though locally common) Yellow-footed Gull. If you want to see a gull with yellow feet in its name, you'll eventually end up here. 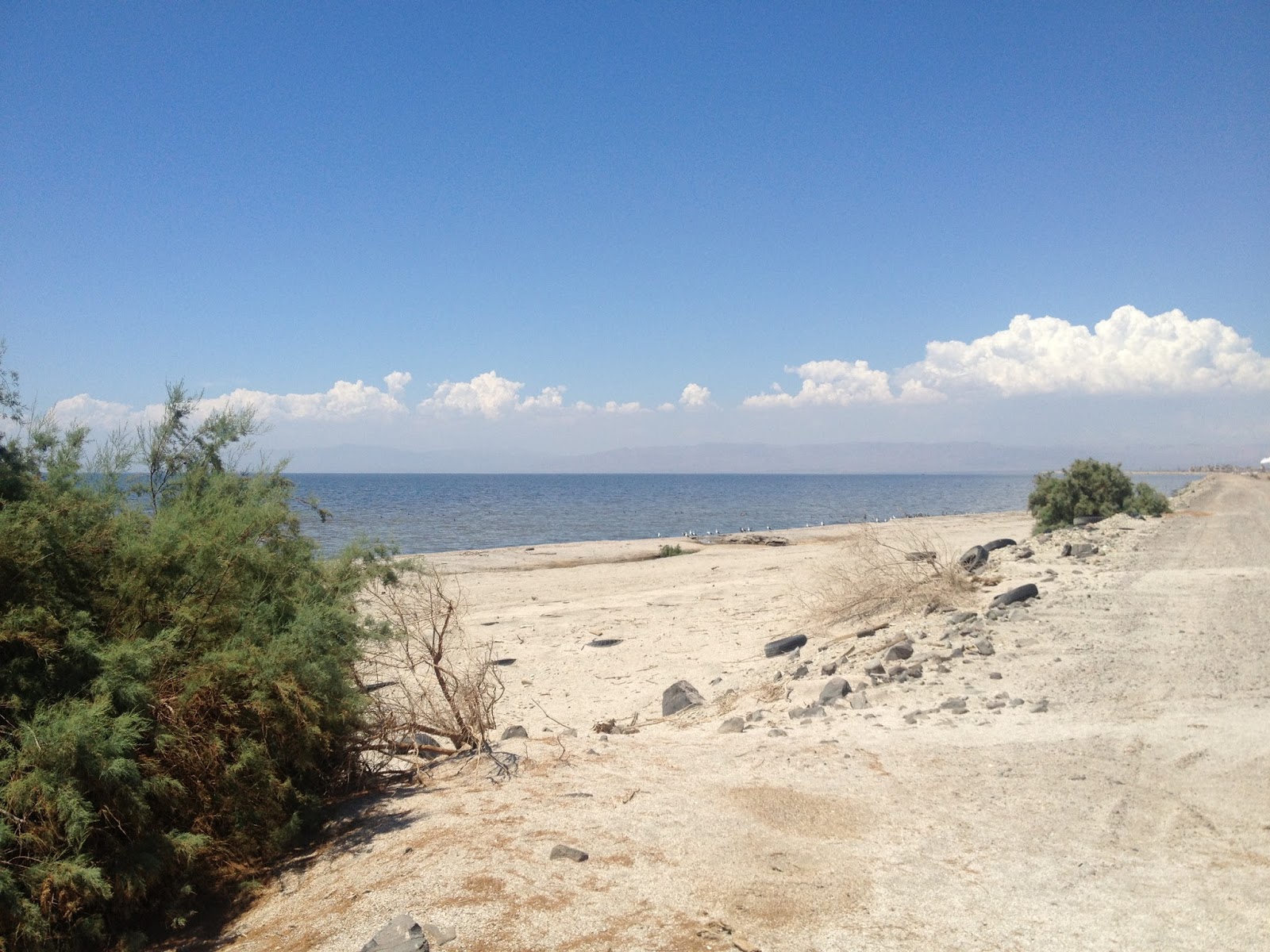 In the middle of the desert - The Salton Sea.

We arrive at the southern part of the lake in mid-afternoon. This is the optimum time of day to experience the heat and loneliness of the place. The Sonny Bono refuge HQ is empty - of staff, visitors and seemingly hope. The only sign of life are some pellets at the base of a palm tree… 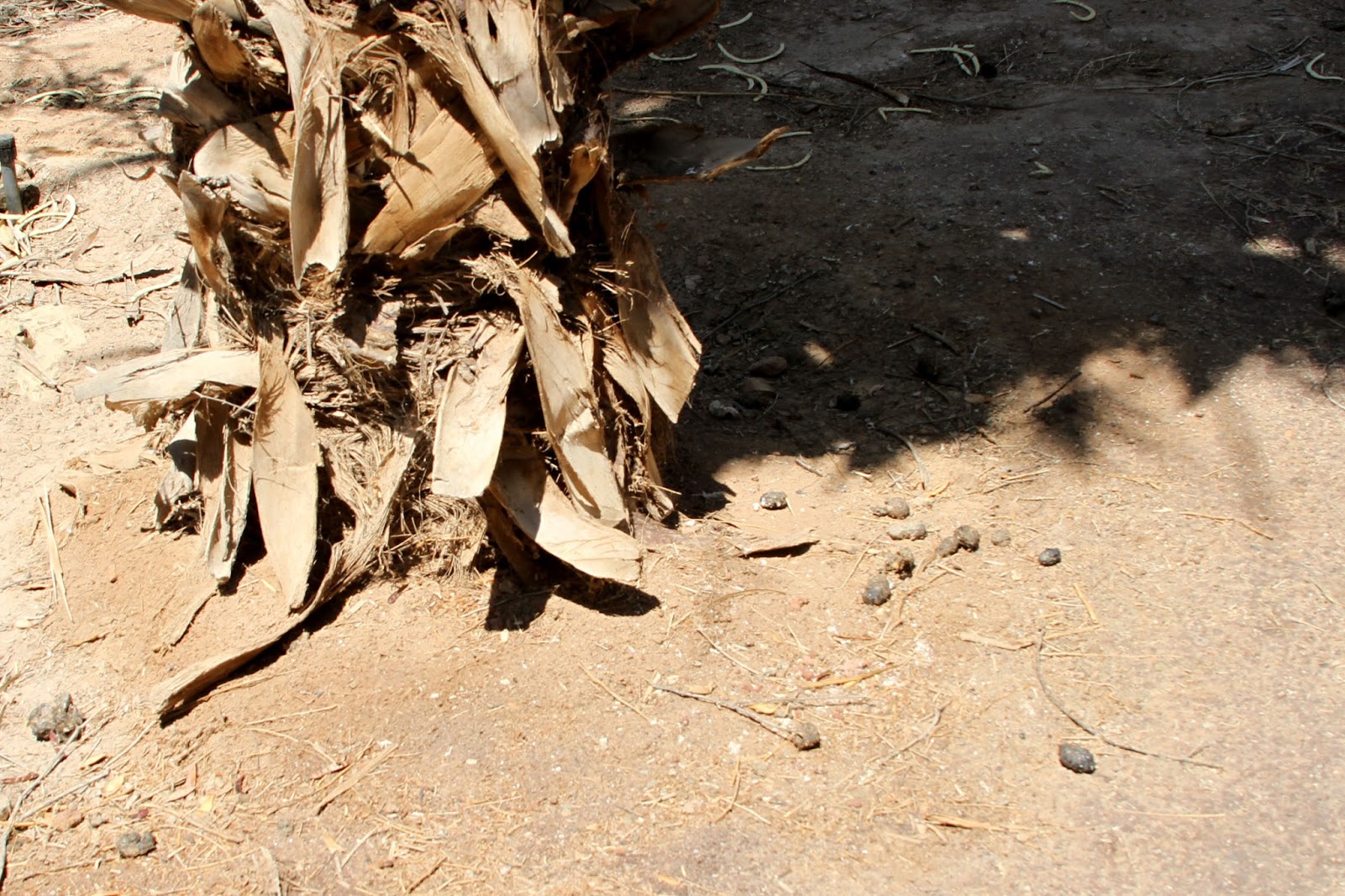 And hidden above, tucked into the palm bark, is the source - a Barn Owl… 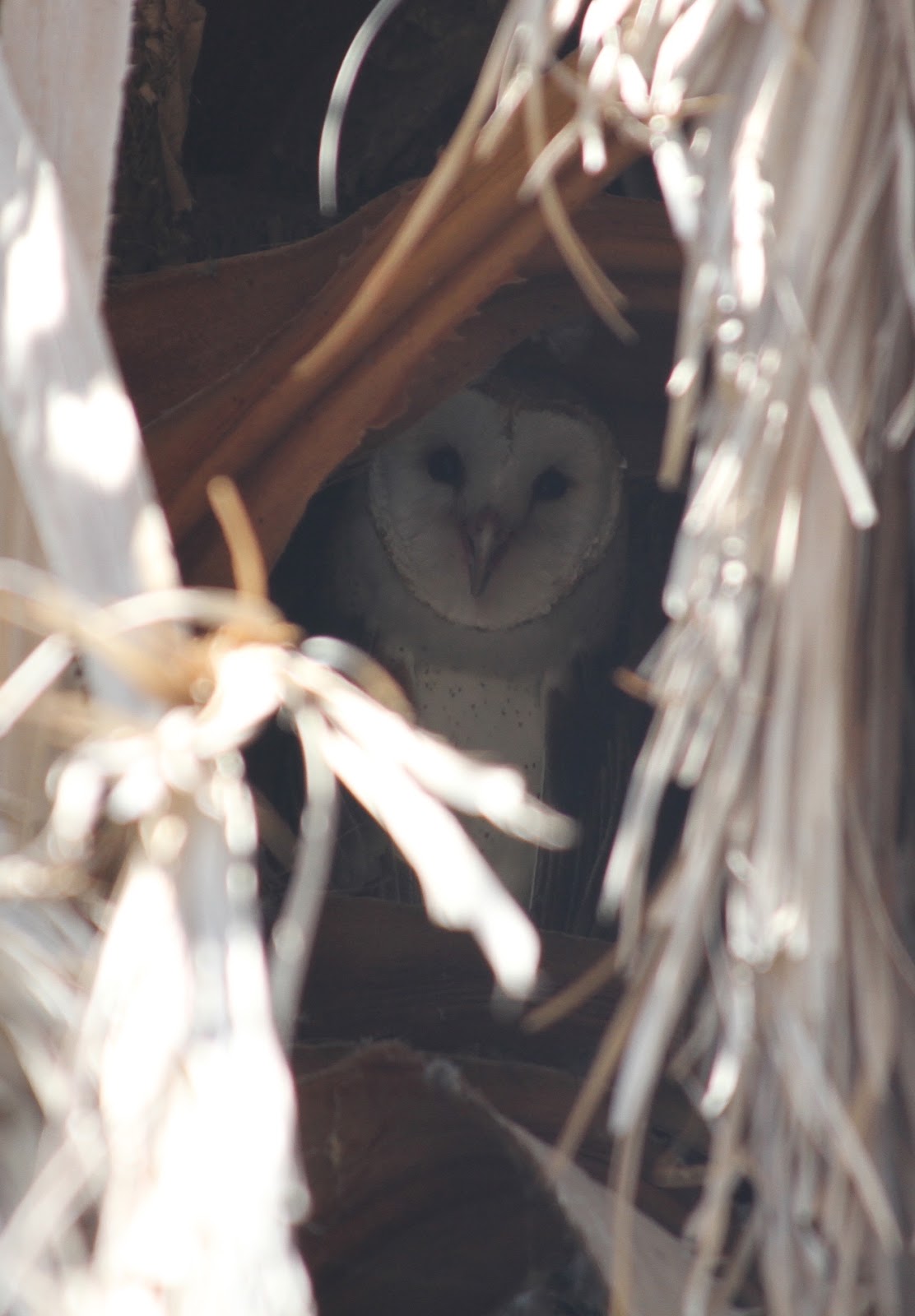 And that's not our only owl for the day. As we drive out to the edge of the lake, we spot this guy… 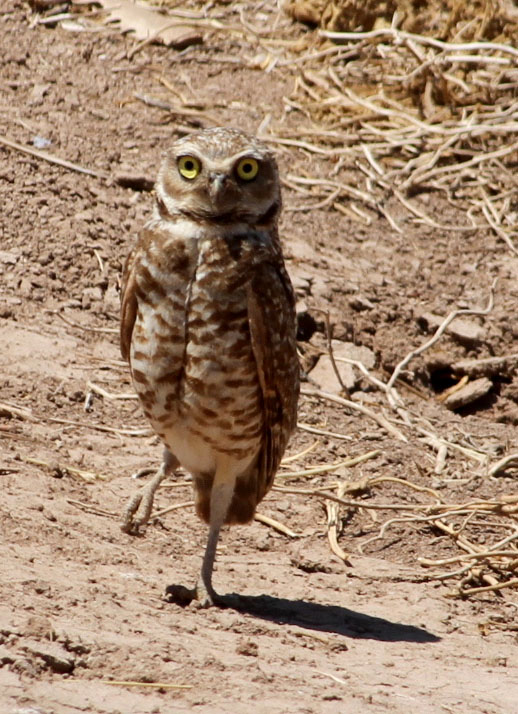 Burrowing Owl - the bird's hopping on alternating legs,
presumably to avoid burning its feet on the baking ground!

Even before we see the lake, we glimpse Brown Pelicans flying above the horizon. Our first view of the lake is a shoreline covered in birds. And on that shoreline are some gulls. They have yellow feet! 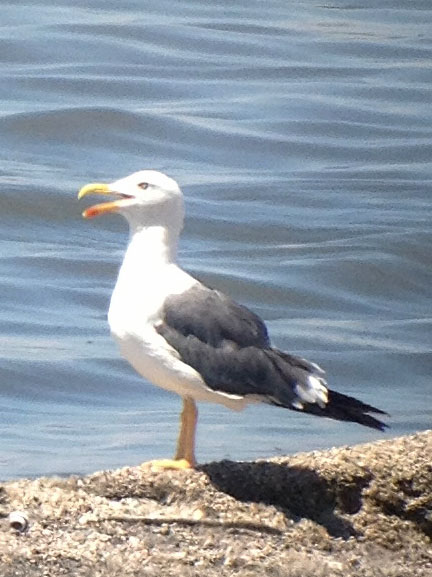 Gerri (sensibly) stays in the car, while I run out and get pics before my head starts melting.

We spend the night at the base of the San Bernadino mountains - this time in a room (having firmly established that the rental car does not perform this function very well!) On the way back, we stop off at Monkey Face Falls for Black Swift. After searching through many distant White-throated ones, we finally get some all black birds. They're larger, with squarer tails, and seem to fly impossibly high.

While Gerri enjoys the comfort of a room with a bed and shower, I head out for another night of owling. This time high up in the San Bernadino mountains at a place called Whitehorse Meadows. But first, you need a forestry pass if you're going to park up there. For the San Gabriel mountains, you could buy this at local gas stations. Not here. At the third gas station I was told to "go to the jerkey store." At first I thought this was insult, and was about to tell *him* to go to the jerkey store too. Then realized he was being serious. So - I got back in my car, drove a little, and pulled over at the next store - indeed, a jerkey store. 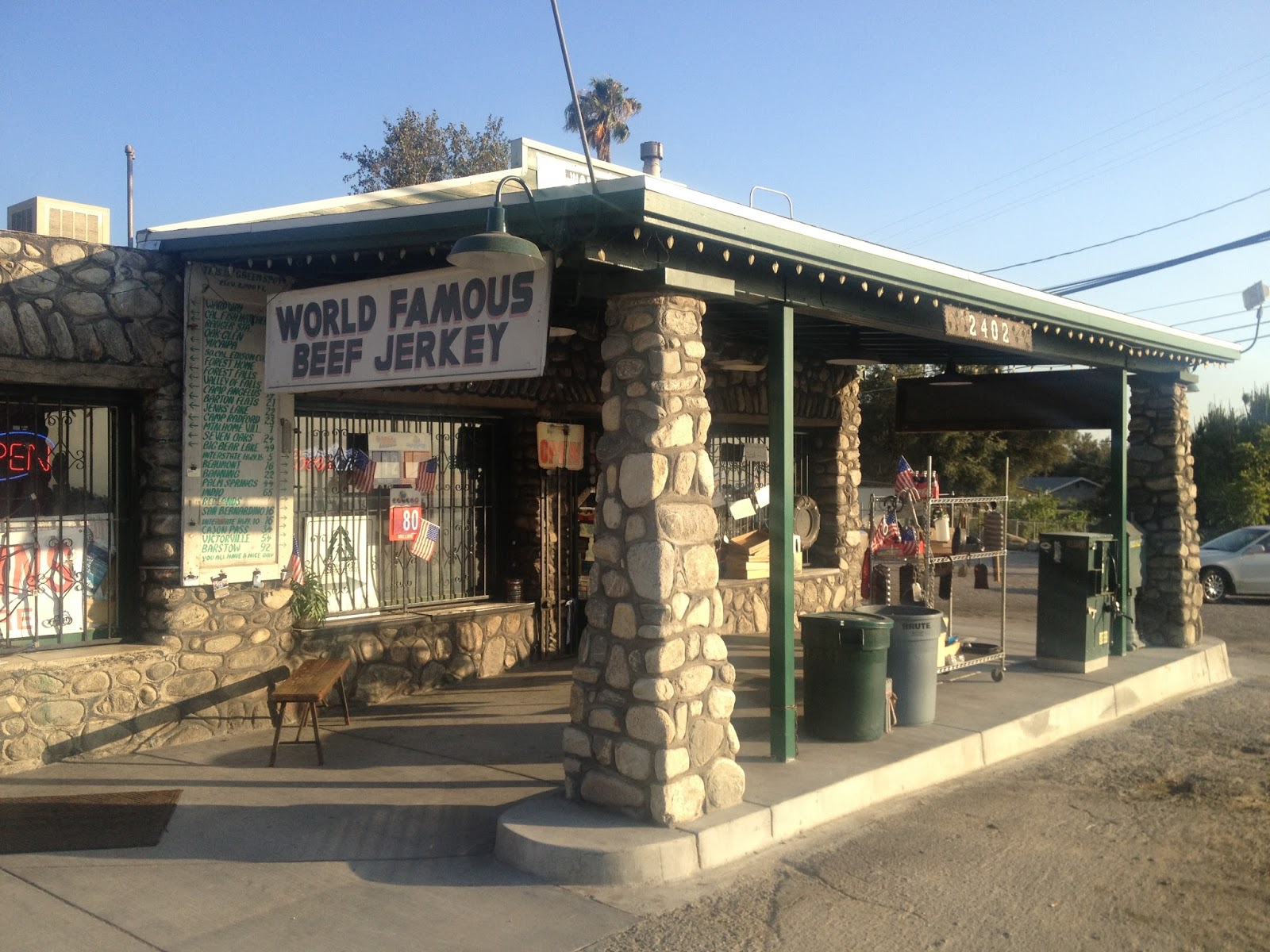 The Jerkey Store - the place to buy your mountain pass.

I arrive at the mountain road as the sun is setting... 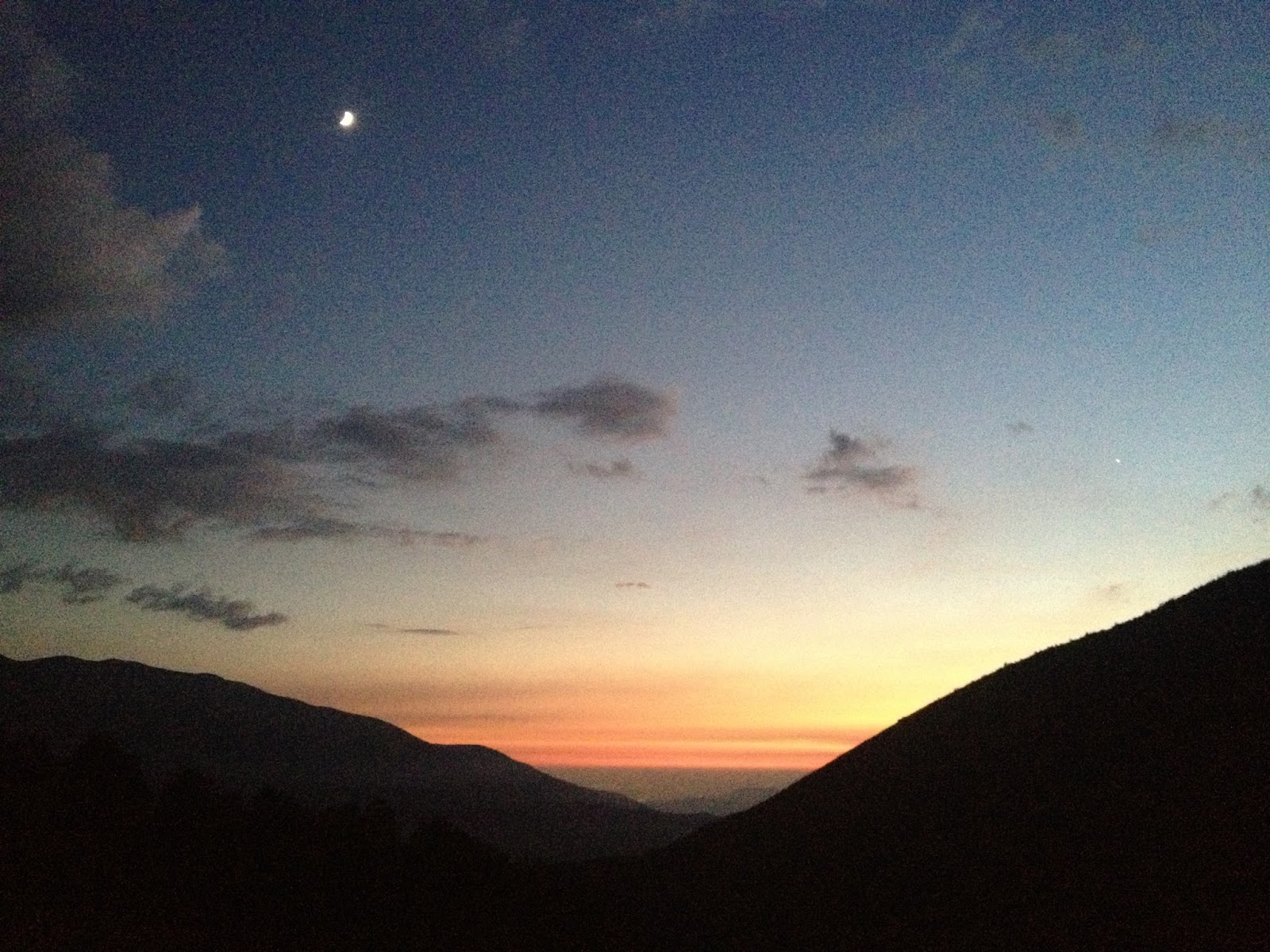 And this is the point where I realize it's not paved, but a rocky, dirt road. It takes me about 40 minutes to go 6 miles, and I'm terrified of breaking the car / falling off a cliff / both. 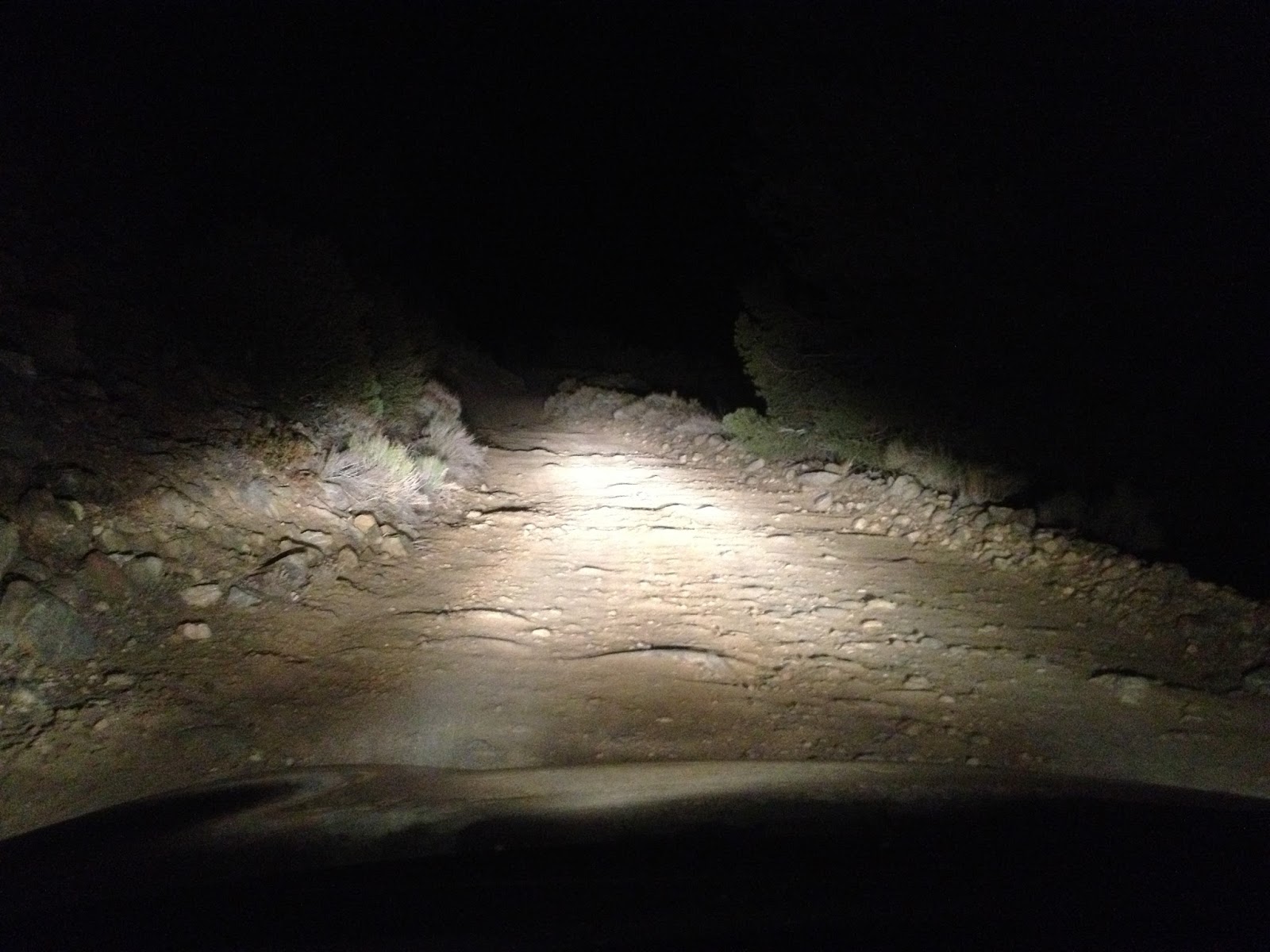 Wildhorse Meadow Road - no wild horses, but some pretty wild rocks and potholes.

I'm here for another try at Northern Saw-whet Owl and Flammulated Owl. After an hour and a half of complete silence - not even the heavy breathing of a Mountain Lion - I'm about to get back in the car, when I hear a funny noise. It's a distant Saw-whet owl calling. I try to mimic the call. And then suddenly the bird calls again right behind me. I'm not able to see it with my flashlight, and I'm still panicking about getting back down that awful road, so say goodbye, happy at least to hear the bird.

It's been another long day, and a reminder of how amazing this part of the world is. Today I've been in LA, up mountains, in the desert, through the Joshua Tree Park (awesome!) and at the shore of a massive inland sea. Oh - and inside a jerkey store.