If you're ever in the position of owning your own island, or a ferry service to an island, and you want some extra cash, you should come up with your own species of bird. Getting a new bird on the ABA list is a sure-fire way to attract every list-obsessed birder in the US.


I don't actually own my own island, or a ferry service, and I don't even have my own bird yet (still working on splitting the American Robin into the Hayward's Thrush, found only in north Cambridge.) But I do own a year list and I'm in Santa Barbara, which means today we're heading to Santa Cruz Island to see the Island Scrub-jay. Until recently this Channel Island bird was a more expensive version of the widespread Western Scrub-jay. When the latter was split in 1998 into 3 species (Island, Western and Florida) suddenly this island entered the birding circuit.

Santa Cruz is about 20 miles off the California coast. The ferry service (run by the excellent Island Packers) takes about an hour and a half - plenty of time to get some decent sea-watching in. Elegant Terns were abundant around the harbor, and once we get into the deeper water, we started seeing large numbers of Sooty Shearwaters stream by: 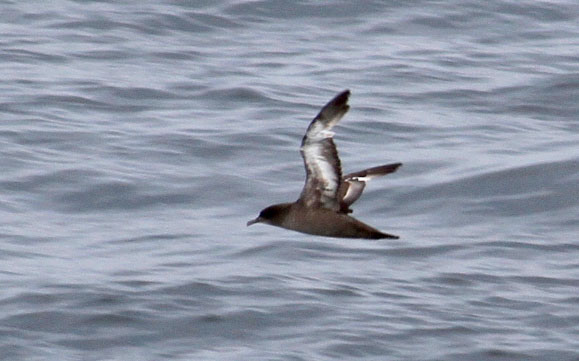 Sooty Shearwater - brown above and below, with indistinct white underwings.

Much less common were the Pink-footed Shearwaters mixed in - larger birds with slower wingbeats... 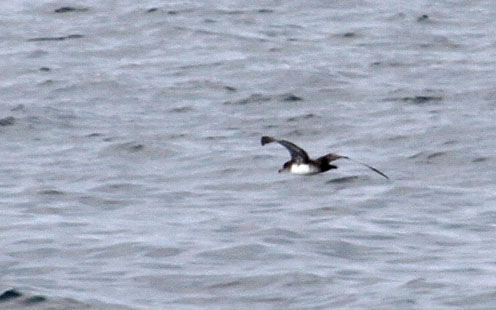 As we were nearing the island, we had great views of a Cassin's Auklet right next to the boat, and a pair of black and white Scripp's Murrelets that flew in front of the bow, and then dove, exposing their bright white underwings. These Murrelets are more common here in spring (they breed on the islands) and I really thought I'd missed my chance. Thankfully not. Definitely a woo-hoo moment!

We arrived at Prisoners Harbor on the island at 11am and "debarked". Really? Does that mean when we get back on board we "bark?" When did disembark become too many syllables? Anyway, whatever the verb, as soon as it moved from the present to the recent past, we started hearing the upslurred "tsee-weep" of the Pacific-slope Flycatcher. It's the only flycatcher on the island, and probably the commonest bird we heard all day. 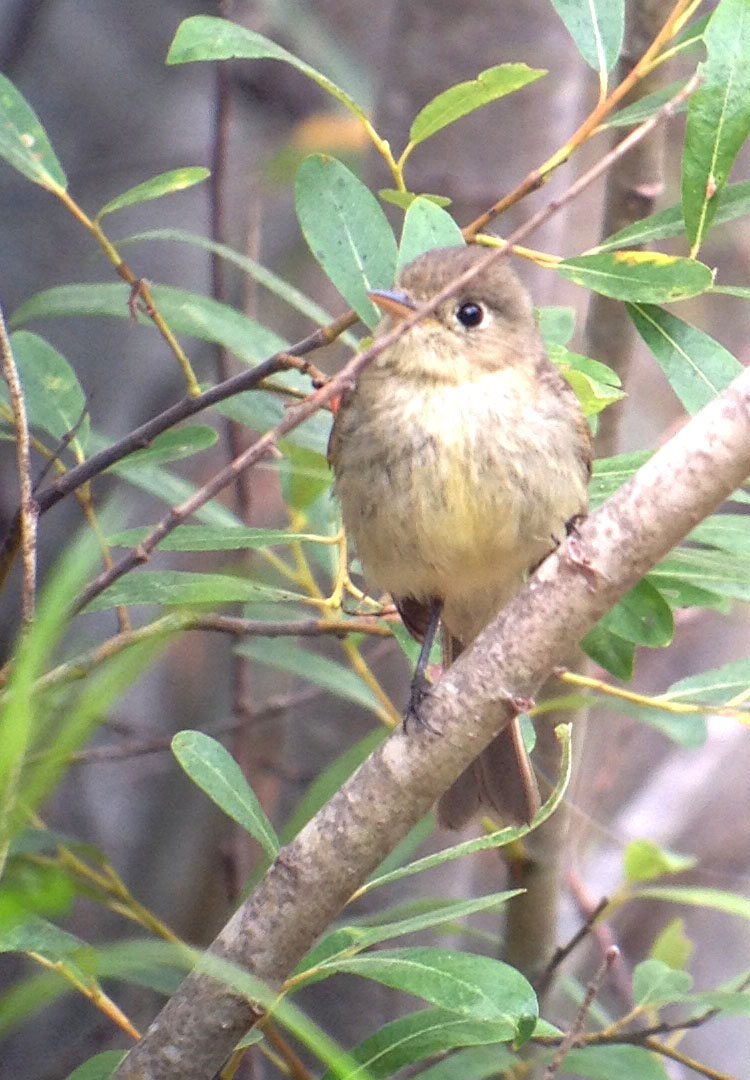 And it wasn't too long before we started hearing jay noises, and we were soon rewarded with great views of our target bird: the Island Scrub-jay... 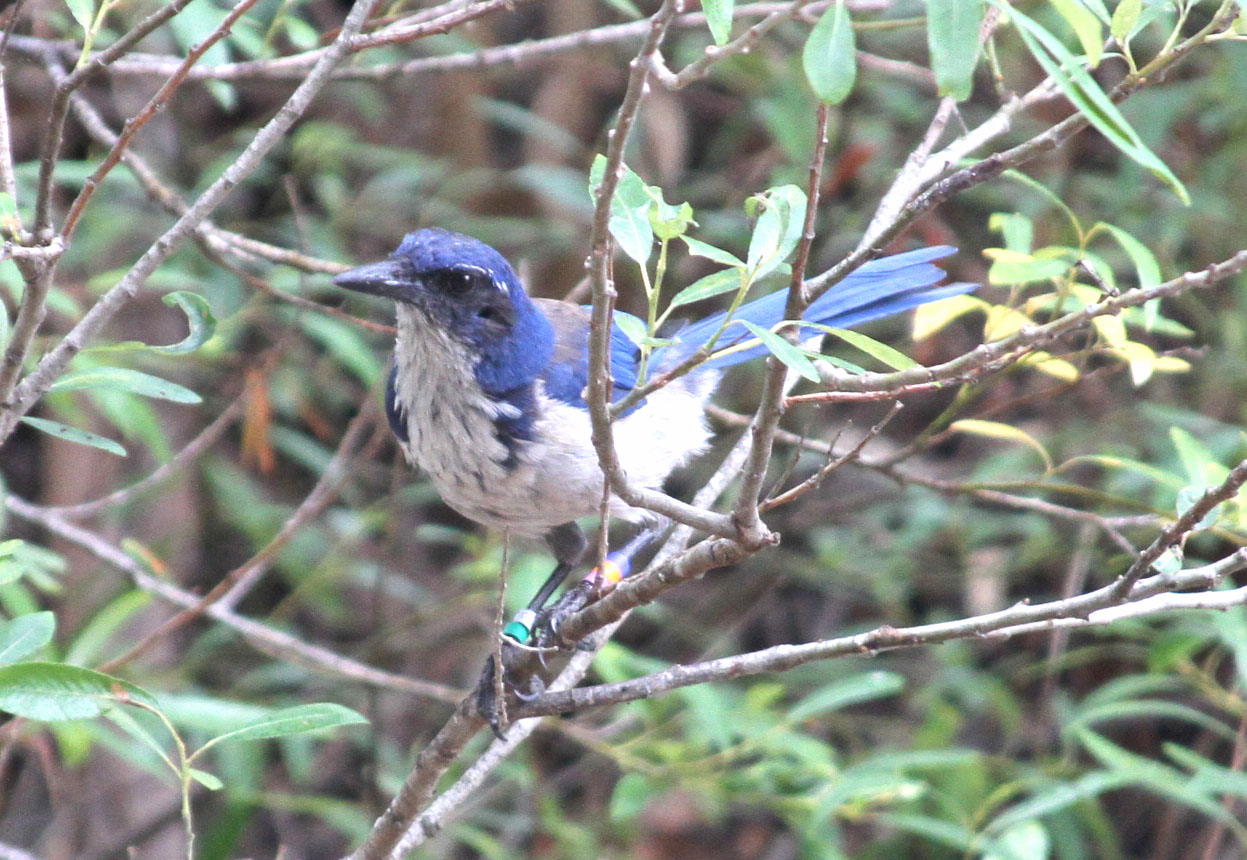 The jay is slightly bigger than the mainland Western Scrub-jay, conveniently supporting the "Island Rule" (or Forster's Rule) which states that on islands the smaller species evolve larger bodies than their mainland kin (due to less predators) while the larger animals become smaller (less food sources.) I'd already seen this "Island Gigantism" on the Pribilofs earlier this year with the Rock Sandpiper and Gray-crowned Rosy-finch - both much larger than their non-island versions.

The famous example here of the opposite - "Island Dwarfism" - is the Channel Island Mammoth (or Pygmy Mammoth) which was only about 5.5 ft tall compared to its ancestor the Columbian elephant of 14 ft. I was very excited to finally meet an elephant that was shorter than me, but I narrowly missed the animal on today's trip by about 13,000 years. Santa Cruz - a quick search confirmed it as an elephant-free island.

I was only on the island for 3 hours - which apparently wasn't long enough on the evolutionary time-scale for me to become larger or smaller.

We arrived back to Ventura with enough time to try for the Yellow-billed Magpie for a third time. But this time we went to Happy Canyon Road, which not only sounds like a much nicer place than Los Alamos Park, but looks much nicer too... 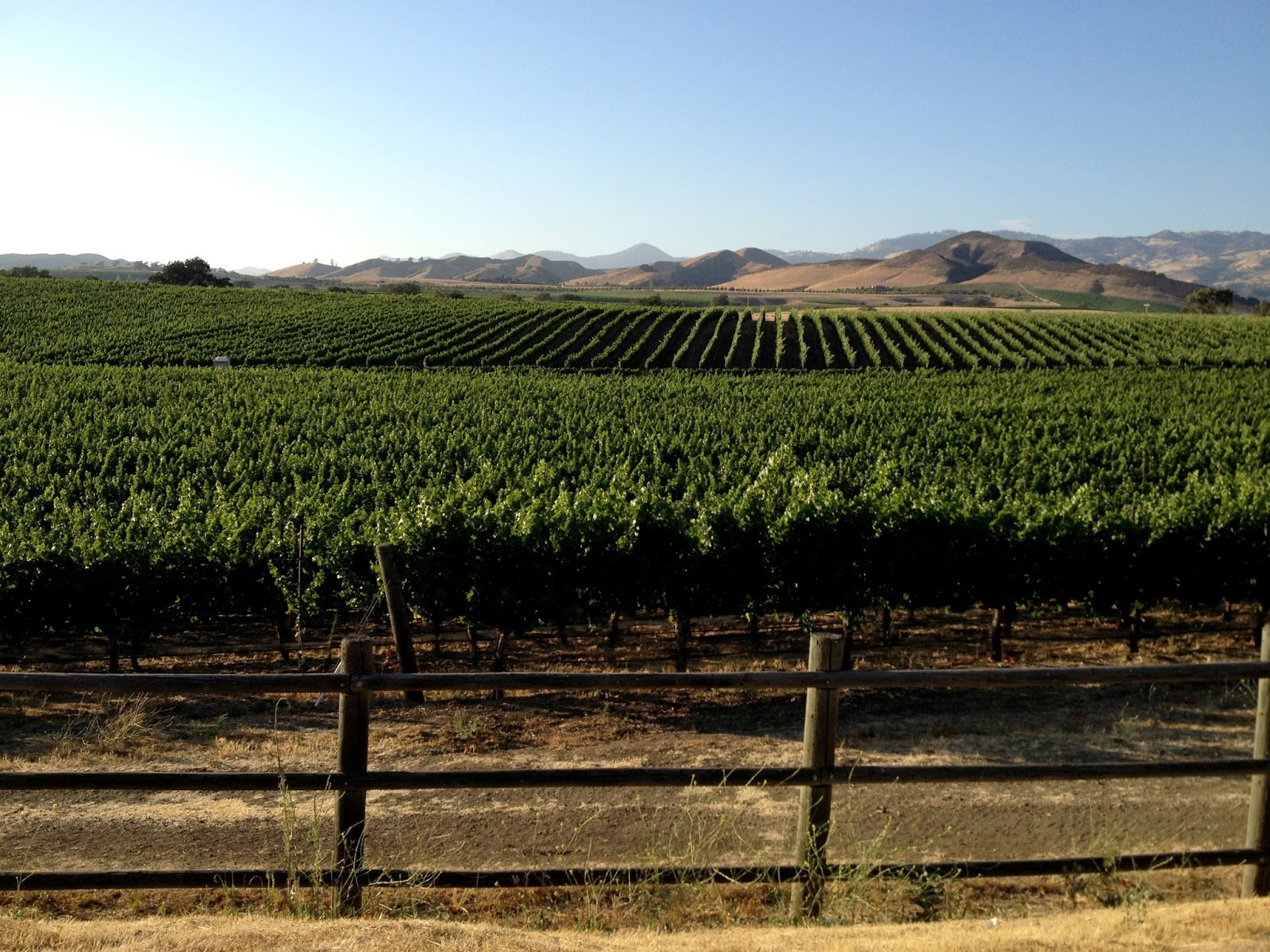 But really the most important part of this comparison is that Happy Canyon Road actually *has* Yellow-billed Magpies. After 5 minutes of driving, we started seeing them fly across the road, and even sit on farm buildings... 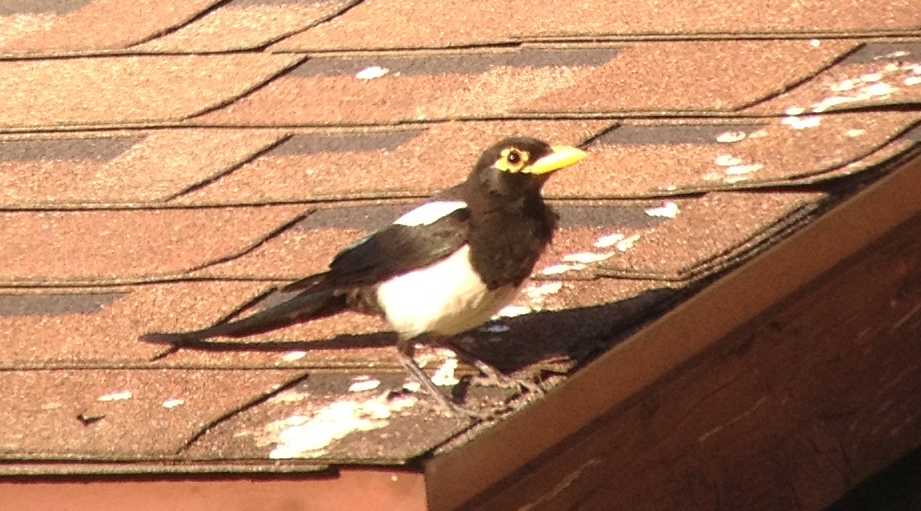 Phew! We celebrated with a great meal in Santa Barbara, and prepared for the next day: birding in Los Angeles. The city has its own version of the Island Rule: compared to their mainland ancestors the inhabitants tend to have larger lips and egos together with shorter attention spans and abilities of walking more than half a block.