After finally getting a rental car from the *rental car* company (see here to understand when a reservation is not a reservation) I made it to the Outer Banks (OBX) late on Friday afternoon, in plenty of time for my pelagic trip the next day. The OBX is a 200-mile thin strip of sandy barrier islands, enclosing the Pamlico, Albermarle and Currituck Sounds from the Atlantic Ocean to the east. Here's the welcome sign: 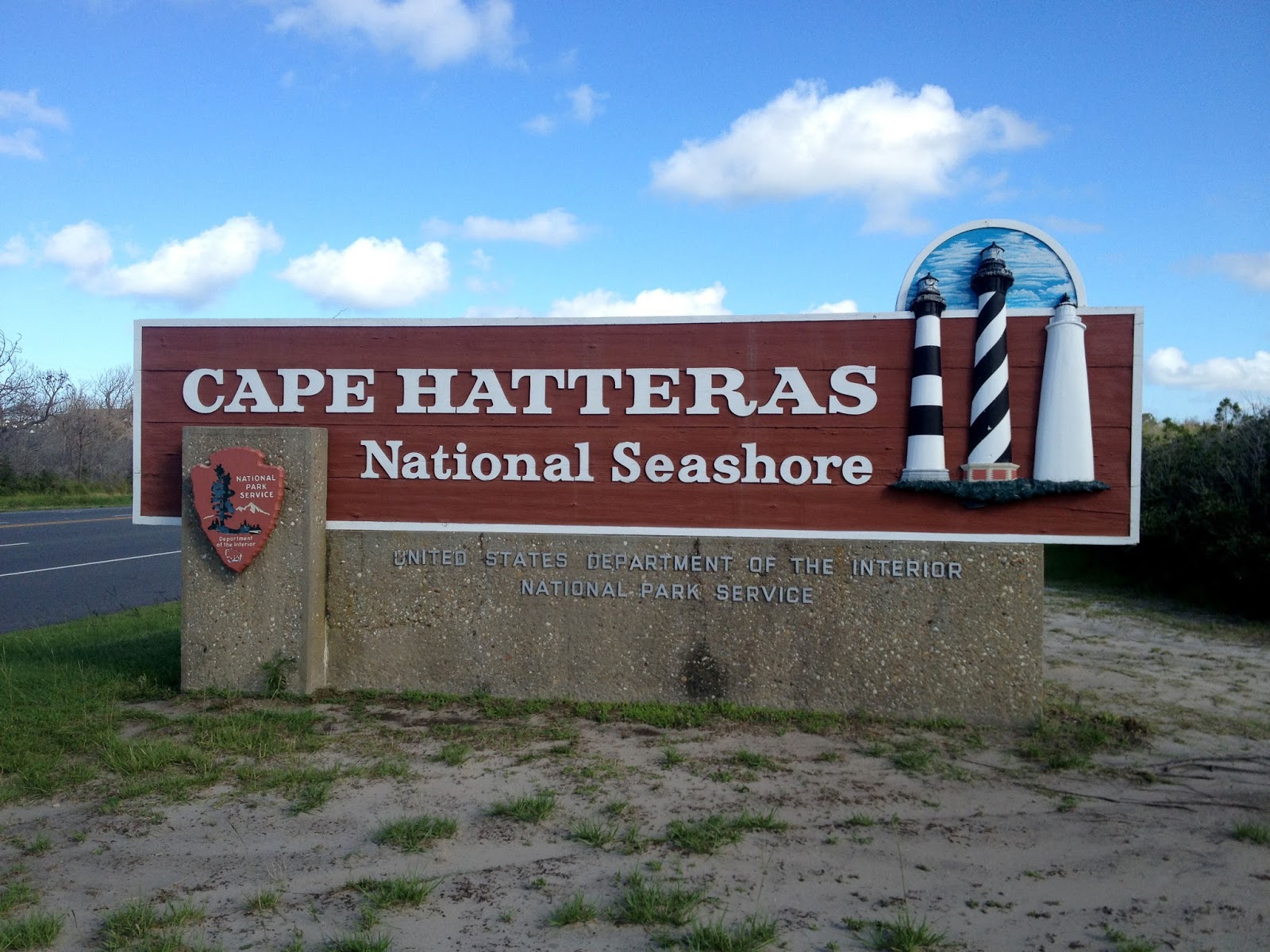 There's also a sign for visiting birders, which is not quite so welcoming. Or polite: 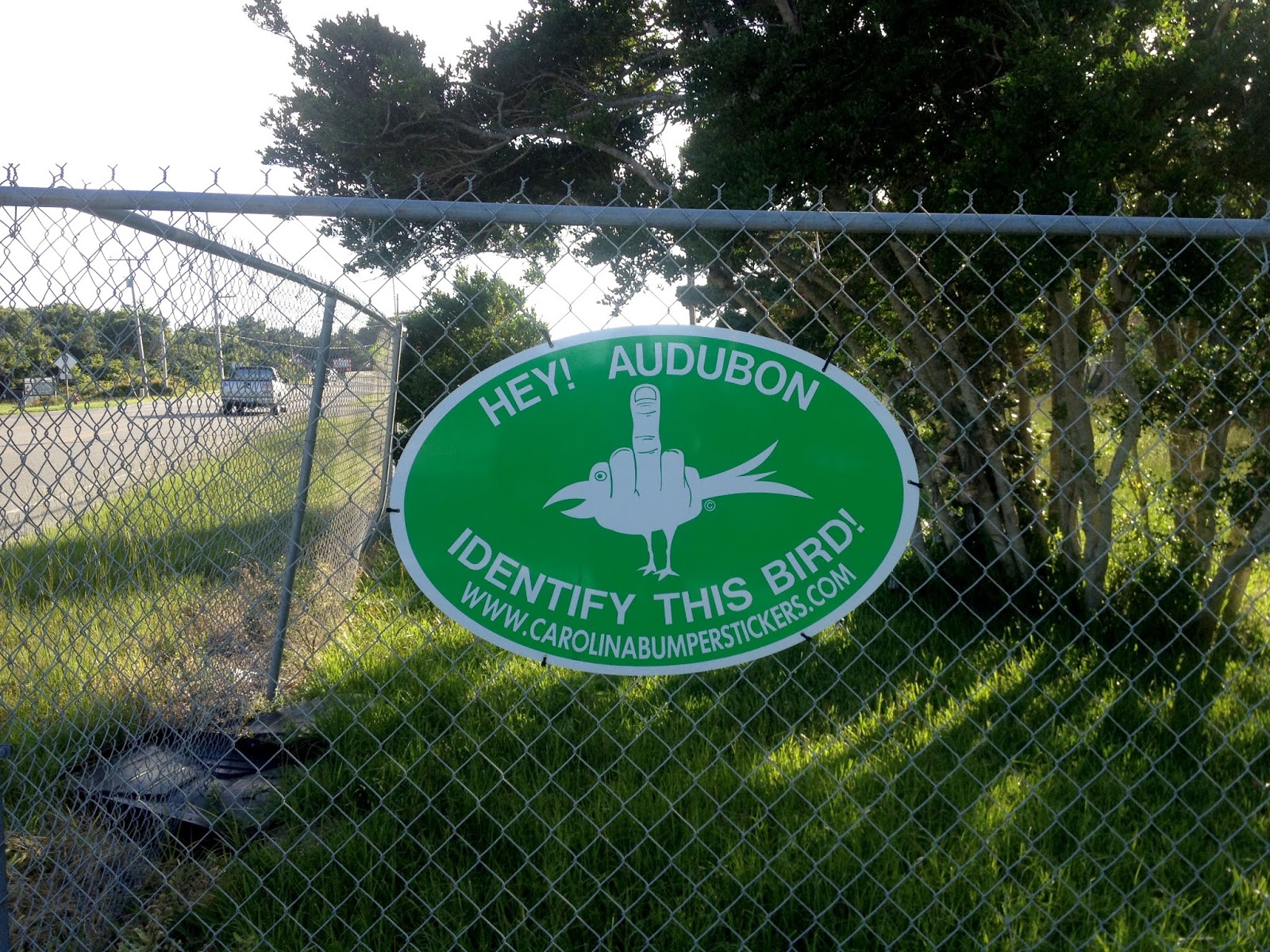 If you've been here recently, or avoided coming here recently, you'll be aware of the on-going issue. In 2008 the Audubon Society starting pushing for the government to actually do its job and protect the federally-endangered species (sea-turtles, plants and birds) that live here. NC had been lax - at best - in doing so. The sudden enforcement of laws together with the appearance of beach closures and limits on off-road vehicles (ORV) were met with frustration and anger - much of it directed toward birders. Some of the locals decry a lost way of life for them and visiting tourists:  the right to drive on any beach and at any speed. The new laws require a beach driver to purchase a permit, sit through a video at a government facility, and obey speed limits. Locals argue that this will result in lost business, as less tourists will visit. From what I could see, there's still a lot of sand out there, the hotels are full of tourists (see below), and it's still an awesome place to visit. It's possible to drive to all the fishing spots, even if it means taking things a bit slower or actually getting out and walking (!) around a few breeding birds. And, if you're in the vast majority that are not driving an ORV, you're much safer on the beach too.

From the birding perspective the regulations have made an incredible impact. Nests and young birds are no longer being routinely crushed by speeding vehicles, and the increase in breeding success has been dramatic: Black Skimmers and Gull-billed Terns, for example, have returned as successful nesters. There's enough space on the OBX for birds and man to share, and the increase in the natural wonders of the place should only increase tourism. Hopefully, tensions will die down over the coming years (see here for how bad the invective and threatening actions toward birders has been), and a compromise will be found, where both nature lovers and locals (and for the vast majority of locals these are one and the same) feel that the place is being managed optimally for all. Managing for birds and wildlife should be a plus to the region and its long-term economy.

Whether you're a birder or not, it's the July 4th weekend, the busiest time of the year. No sane person would arrive without a hotel reservation, unless they want to sleep in the car. Which is what this insane birder ended up doing...
Posted by Unknown at 9:30 PM