Today (Jul 10) is day #1 in a joint birding / muggle vacation with Gerri. The plan is a grand tour of (mostly) Southern California stopping along the way to pick up all the California endemics, and at the same time, avoiding getting stranded in the desert / ending up on a Hollywood reality TV show / getting pumped full of Botox.

2,500 miles in 10 days. Compared to normal Big Year Birding this really is a vacation!

Our first day is fairly straightforward: get to Hearst Castle before it closes and then find a Yellow-billed Magpie.  Along with Island Scrub-jay, the Magpie is a true California endemic - never having been recorded outside of the state.

It's Gerri's first time to Northern California which means we're driving down Highway 1. If you've ever driven this route before, you'll know (1) the scenery is breathtaking; (2) it's very easy to drive off the side of a cliff because of (1); and (3) - finally a birding reference in this otherwise not very birdy post - it's possible to spot Condors here! 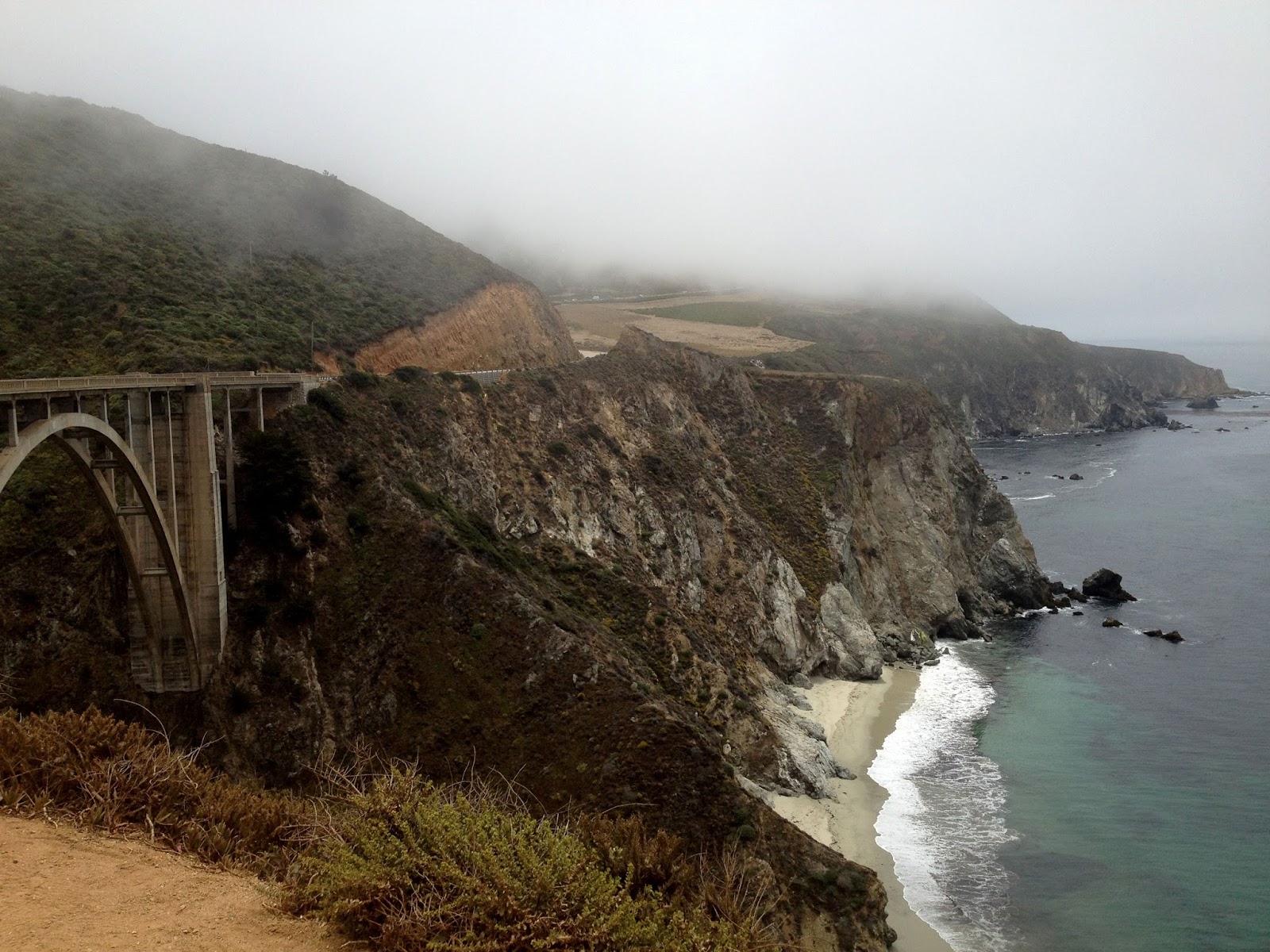 Highway 1 - where it's hard to keep your eyes on the road...

While Gerri is busy taking pics of the coast and cliffs, I'm taking care of activities 2 and 3: scanning the sky for Condors, and keeping the car on the hairpin road. We're driving south of Carmel and Monterey, with cliffs on one side, and a thin stretch of road holding us out from the Pacific way down below us on the right. Plenty of Turkey Vultures teeter-tottering in and out of the fog. And then - as we round a bend in the cliff - we both shout out, "Condor!" A huge bird of prey is flying straight at us. And then another. In profile, the ridiculously long wings reach out to the horizon, finally ending in splayed feathers giving the impression of long fingers. We find a place to pull over and watch as the two young Condors effortlessly glide above us dwarfing the accompanying Turkey Vultures. As the fog rolls in and the cliff disappears, so too do the birds. And that's when we notice an adult perched in a dead tree up the cliff from us... 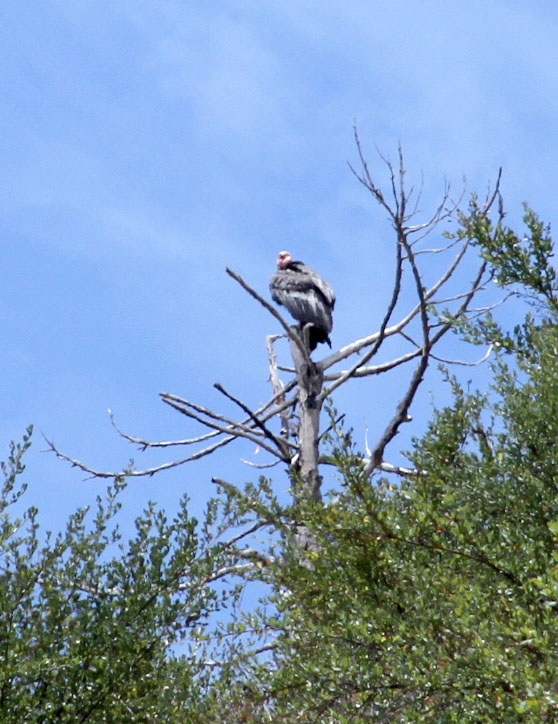 Condors are pretty cool! It's our largest land bird (its wingspan of nearly 10ft is only beaten by the Trumpeter Swan.) Related to vultures, Condors feed by scavenging on carrion. Once found across the country all the way to Florida, by the 1980s it was on the verge of extinction - due to habitat loss, lead and DDT poisoning as well as poaching. A controversial Recovery Plan involved capturing all the remaining wild birds and bringing the species into captivity. On Easter Sunday 1987 the species was officially extinct in the wild - the day the last wild bird was captured. From just 22 birds a captive breeding program in San Diego and Los Angeles zoos was successful enough to gradually release birds back into the wild - in California, Arizona and Baja California. At the same time the Ridley-Tree Condor Act was passed requiring hunters to use non-lead bullets in the release zones. This combination has been a success: there are now over 200 birds in the wild. And the birds we were lucky enough to see, like all today's Condors, are descendants of those 22 captive birds. Unfortunately, since they're a recently-released bird, they're not on the ABA countable list (they're still a Code 6 - extirpated from the wild) which means I can't count them. It may not be on my Big Year list, but it is on my awesome birding experience list (which is much more important.)

Further down the coast, Hearst Castle reminds me that I don't have enough medieval ceilings in my apartment or even a movie theater. And, since no-one's probably reading this, I can even admit to not owning a Roman mosaic floor. Yikes. 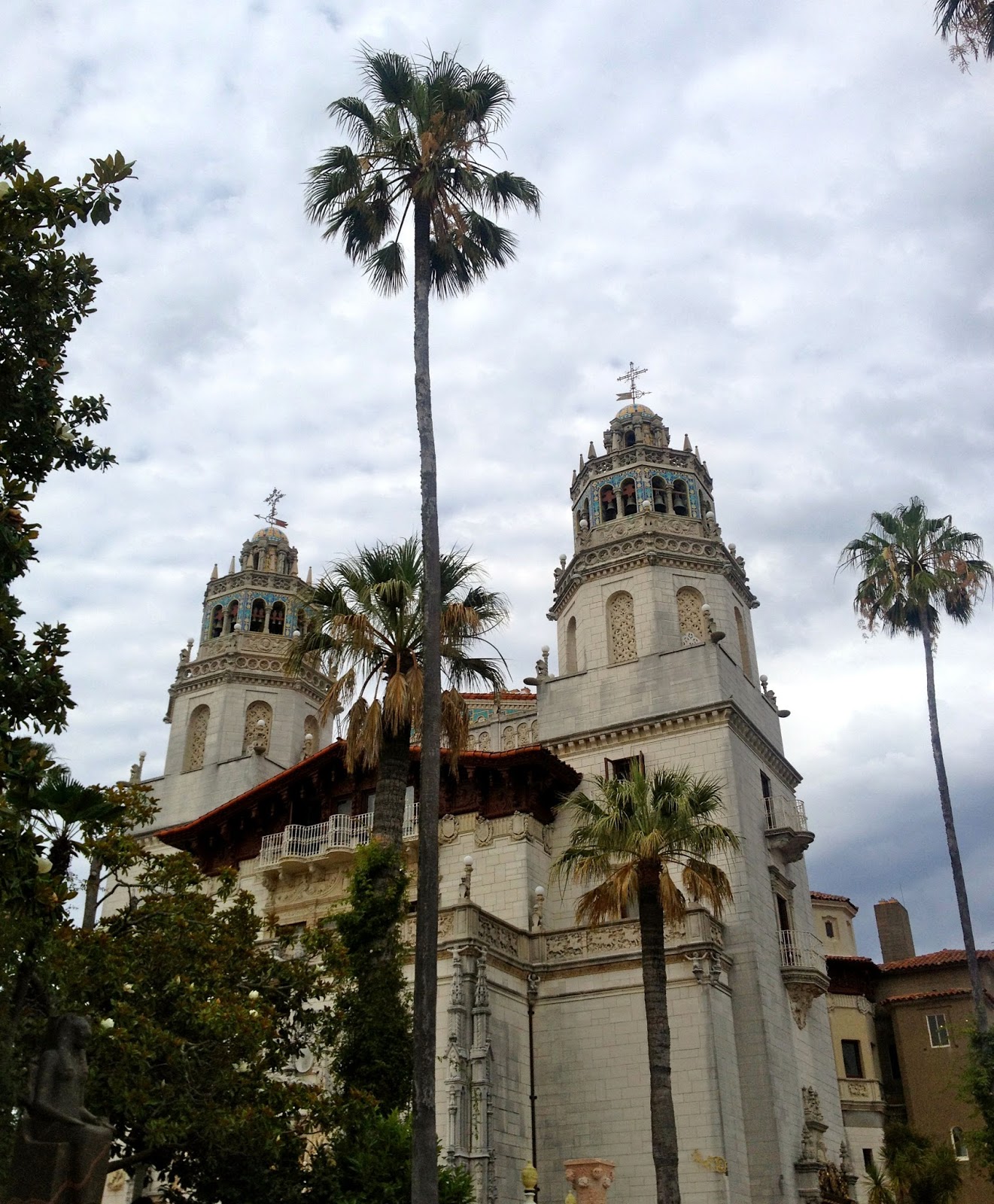 We trade the opulence of William Randolph Hearst's palatial ranch in the country for a tiny little park south of San Luis Obispo. Los Alamos County Park is home to the Yellow-billed Magpie. That's what the guide book says, and that's what the annoying local muggle says too, "yeah - they're here all the time." Really? So where the hell are they now then? Clearly, *not* here "all the time." We walk around, adding Oak Titmouse and California Towhee to the list, and trying not to be too distracted by the clown-like Acorn Woodpeckers. We stay until the sun slowly slips below the horizon and the Yellow-billed Magpies continue with their excellent impression of a bird that is decidedly *not* here all the time.

Rather than spend our first night as planned in Santa Barbara, we (reluctantly) elect to stay near the park in a motel in a town with no restaurants (and no magpies!), and try again for the Magpie in the morning - before getting the boat to the Channel Islands.

So far we have a bird we can't count (Condor), medieval ceiling envy, and a very early start to day 2. A start that annoyingly again does not involve any Yellow-billed Magpies.

Los Alamos Park: home to the Yellow-billed Magpie (except for at least 4 hours a year when they decide to go on vacation.)