I'm running out of time, and running out of places to find new birds. At least, that's how it feels. And I think I'm about to do something very crazy...

One of the inspirational voices this year for me has been John Vanderpoel and his blog. His incredible Big Year in 2011 netted him 743+1 species. He narrowly missed beating Sandy Komito's all time record of 745+3. By mid December, John realized he needed to up the ante if he was going to beat the record. So he flew to the furthest West town in North America: Adak, a tiny island in the Aleutians - closer to Russia than Anchorage. There, he hoped to see Whiskered Auklet, Whooper Swan and any stray Asian vagrants. He came away with just the Auklet.

Which brings me to the crazy thing I'm considering - going to Adak. (OK. It doesn't sound quite sound so crazy now that John's done it!) Here's why:

1. A flock of swans were seen there yesterday (seen by locals - based on distribution most likely Whoopers - which are known to winter on the island.)
2. Adak is one of the few places in North America to see Whiskered Auklet.
3. There have been several sightings of Smew this fall on Adak.
4. How cool would it be to go somewhere that remote? In the winter?

5.There's a Dusky Thrush in Anchorage (back for the 3rd winter.)

I'm thinking of going to Adak on Sunday, Dec 1st and returning to Anchorage on Thursday, Dec 5th. (There are two flights a week to Adak.) I'll be chasing the Dusky Thrush before and / or after Adak, as well as heading up to Nome to try for McKay's Bunting. Or - possibly going to Adak Thursday Dec 5th - Sunday 8th.

I'm posting this now, as I'd love some company out there in the Aleutians. This could be a great trip for anyone who wants to add these hard-to-get species to their ABA list, go somewhere truly remote, and see if I'm making all this big year stuff up! (Am I actually going to all the places that I say that I'm going to?) John Puschock of Zugunruhe Birding Tours has offered to come as a guide (he's been coming to Adak since 2004, but never in the winter.) Plus - there's a sale on air miles with Alaska Airlines.

If you're interested in coming, drop me a line at opororniswarbler@gmail.com 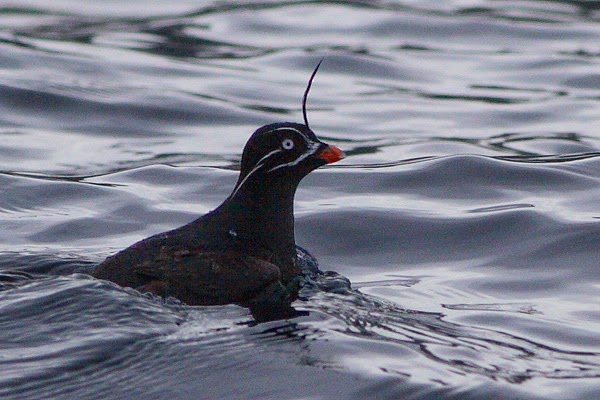