This is my last day in Canada. I flew in this morning from Newfoundland to Halifax, where I picked up the rental car that I'd left there 2 days ago. I'm on the 4pm ferry this afternoon from Digby across the Bay of Fundy to Saint John, New Brunswick (where my car is) and then the long drive back home to Boston.

But first - there's a certain Pink-footed Goose to chase. It was re-found yesterday in Truro, Nova Scotia. It was swimming in the Salmon River with a flock of Canada Geese and a rare Barnacle Goose. It's only an hour from Halifax, and I'm hoping the bird is still there.

The Salmon River, like many of the rivers draining into the Bay of Fundy, has a tidal bore: an incoming tide of water that travels up a river against the flow. There's even a viewing platform here. It's mainly a summer touristy thing, but it does provide a useful lookout for me, and the roof provides some relief from the increasing amount of rain that's starting to fall. 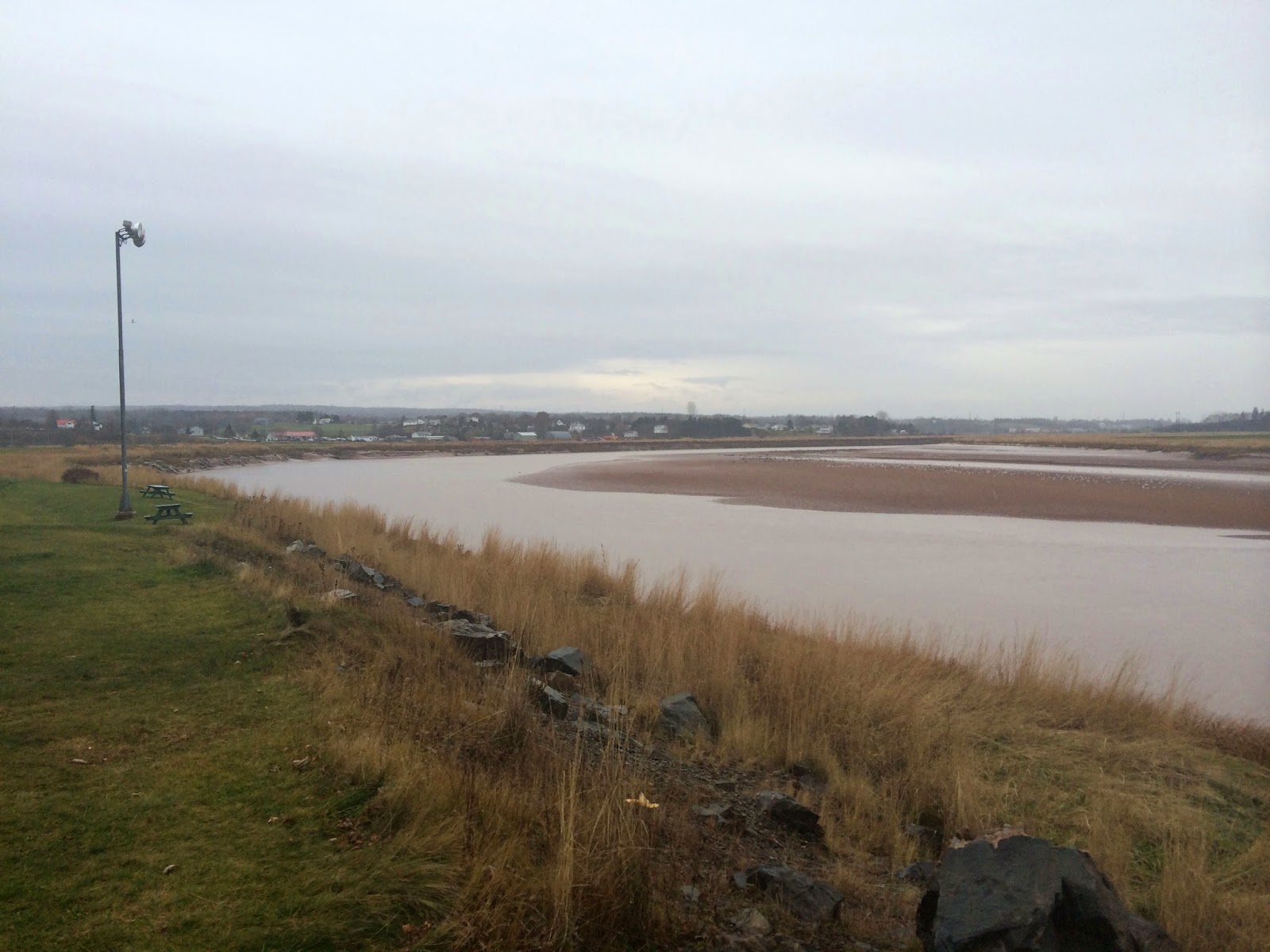 Salmon River, Truro. What a bore!

As soon as I arrive, I spot a large gaggle of geese - sitting on the water. Good news! At least, it's good news for the first 2 minutes, after which I've scanned the birds and concluded there's no Pink-footed Goose here. (Or the Barnacle with which it has been associating.) These birds had originally been found almost a month ago, and have been seen feeding in fields over a large area. I prepared myself for a long day. Maybe I wouldn't be on that ferry back home today.

I head back to the car, ready to start the wild goose chase, when I hear honking. I turn around, and see geese coming in to land, joining the existing swimming geese. These ones are new. Maybe the Pink-foot just flew in? After losing the Yellow-legged Gull yesterday, I don't stop too long to enjoy the Barnacle but keep scanning. And as I'm running out of geese towards the other end of the flock, I spot a large, gray-brown goose. With pink feet! 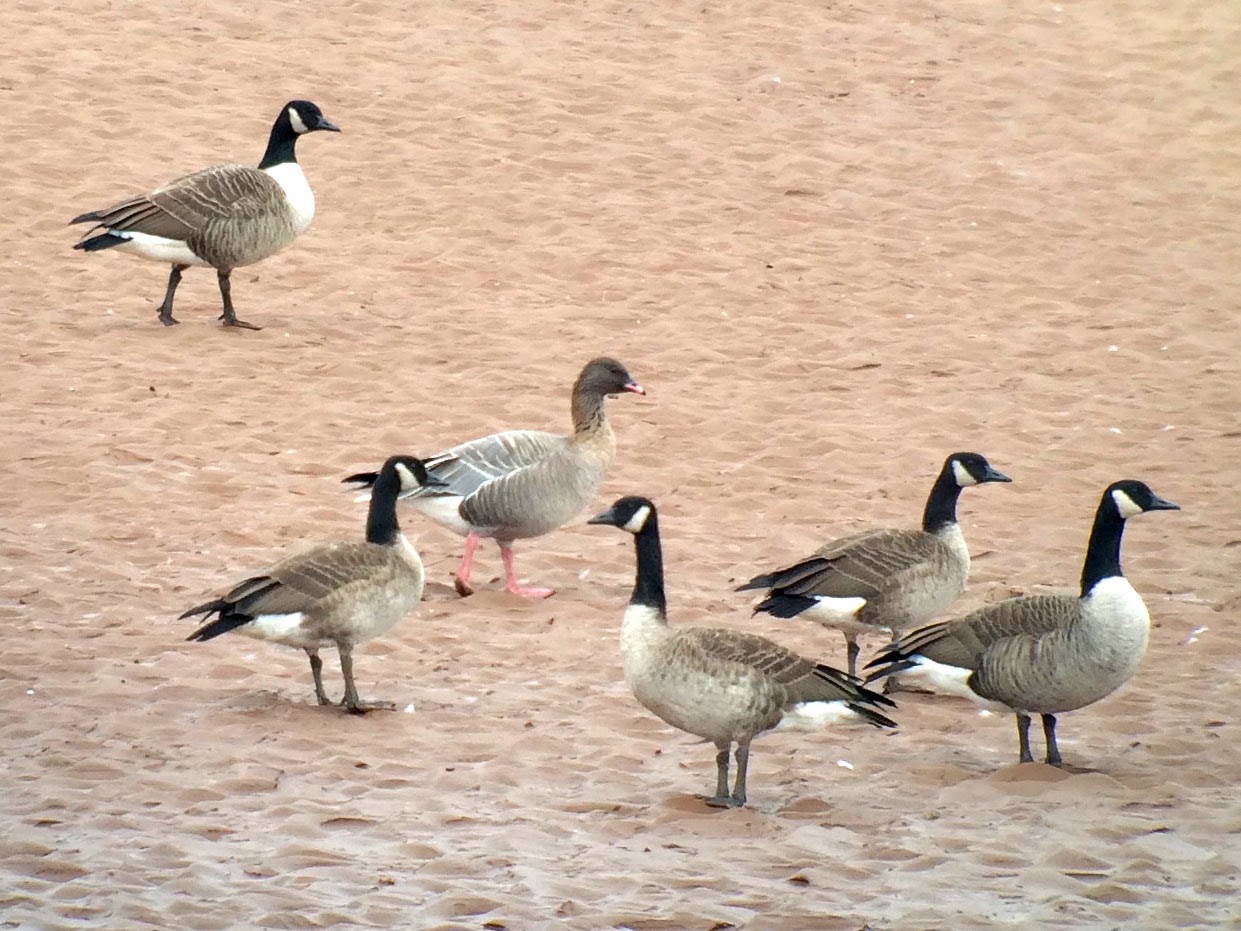 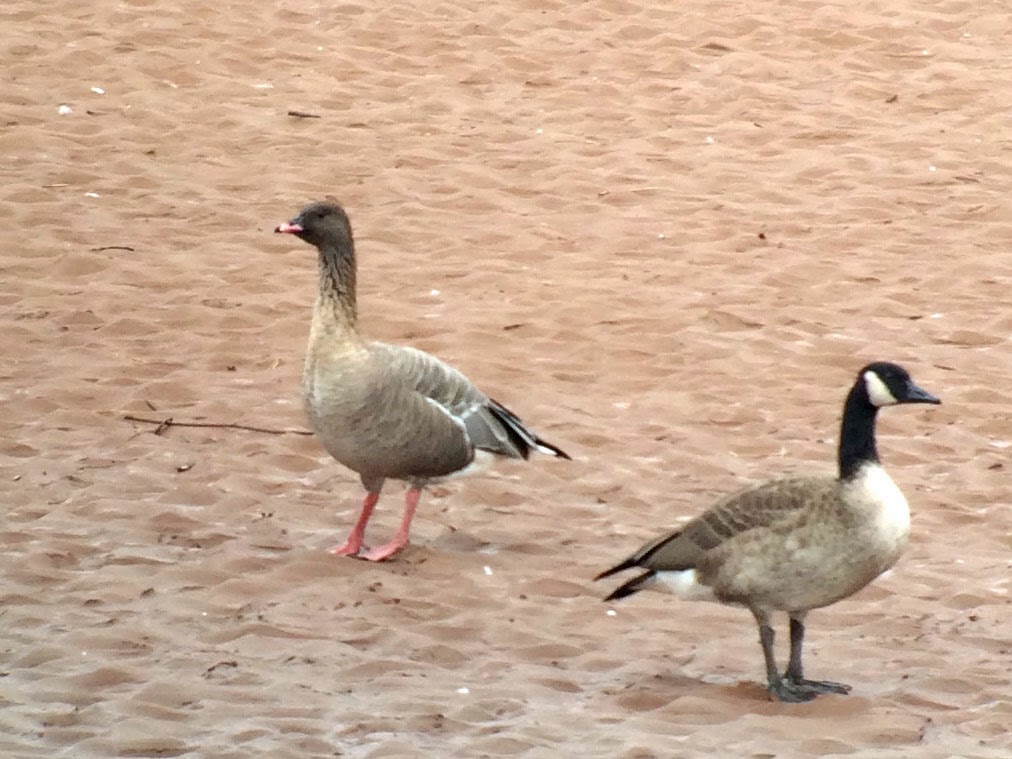 Phew! Big Year nemesis no more! After chasing this bird in New Jersey, Pennsylvania and two days ago in Newfoundland, it's a relief to finally catch up with it. (And this was the bird that caused Jack Black's character so much trouble in the Big Year movie.) That's 3 rare and beautiful geese this week in Nova Scotia - Tundra Bean-goose, Barnacle Goose and Pink-footed Goose. I hadn't planned on coming up to Canada this late in the year - but logistically, driving up from Boston and taking the ferry was pretty simple. I'd love to come back and see the place in the summer.

As I'm sitting on the ferry across the Bay of Fundy, between scanning for non-existent Great Skuas I check online for bird news. Nothing to chase. But for once, that's good news. I could do with a few days of rest at home. But not for too long. Soon there'll be another rarity discovered. And who knows where that will take me?