After my hastily- (and arboreally-) booked flight to San Antonio landed at 11pm last night, I started the drive down to south Texas. I only got as far as Kingsville (about half way) before I was starting to fall asleep. Since my Big Year budget doesn't quite stretch to hiring a chauffeur, I decided to stay in a motel (rather than drive the remaining 2 hours and sleep in hotel VW Passat.)

I wake up early this morning, excited and nervous about the Kingfisher. As I'm getting my morning coffee at Starbucks (yeah, I'm back to generic brands here) I check my email - and there's a post saying the kingfisher is currently being seen. Phew! Although I haven't actually seen the bird yet, some of the anxiety and nervousness dissipates.

The bird was found yesterday by Jeff Bouton on highway 100, just south of Harlingen. It's clear I've arrived at the right place: a line of about 30 cars parked on the side of the road with a police detail. And importantly, there's a line of about 50 birders all looking in the same direction. After parking, assembling scope, (and reminding myself not to drop anything this time), I walk over to the group. 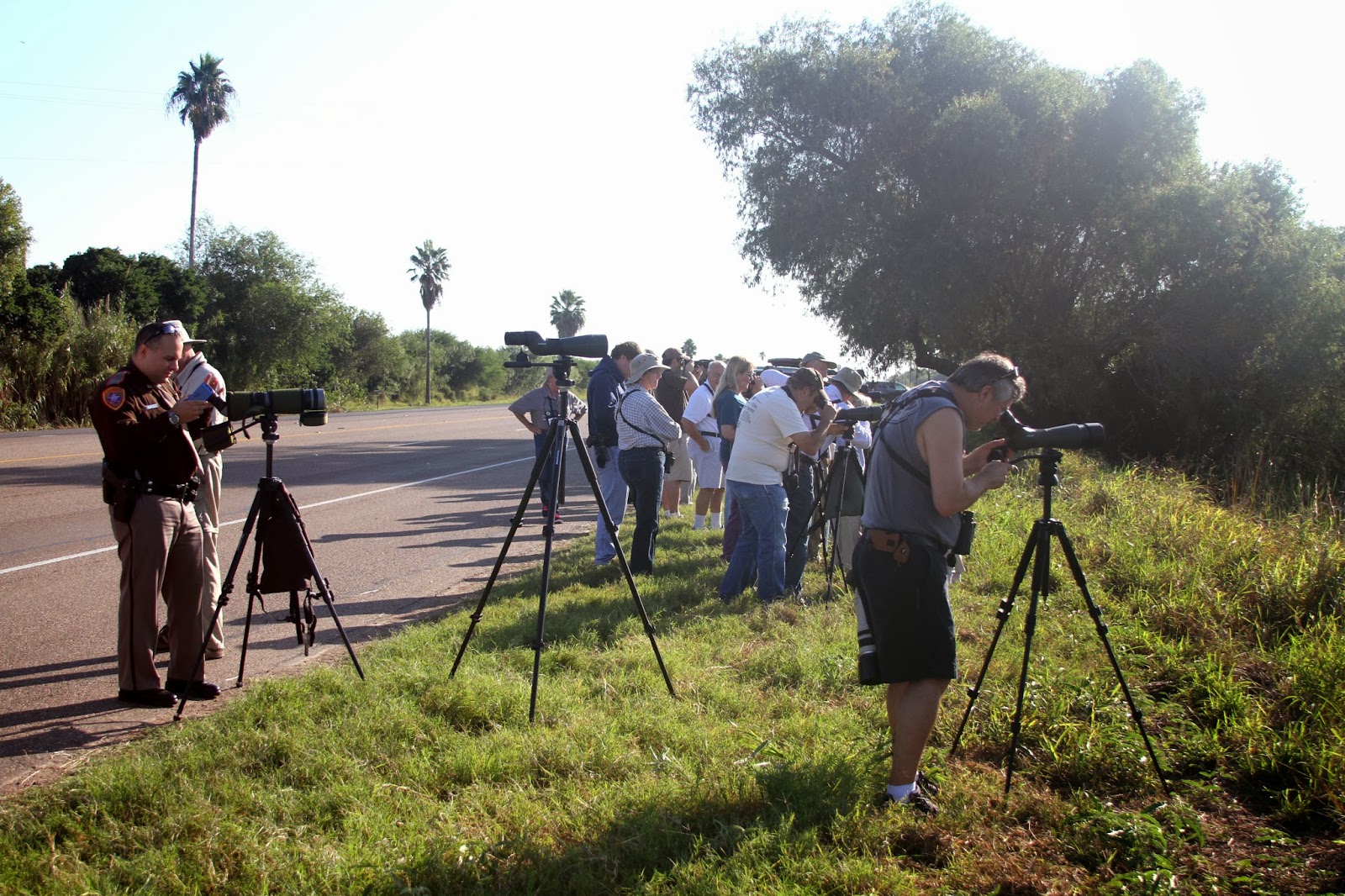 Which I do. And there it is! An Amazon Kingfisher! Sitting in the shade at the edge of the water. 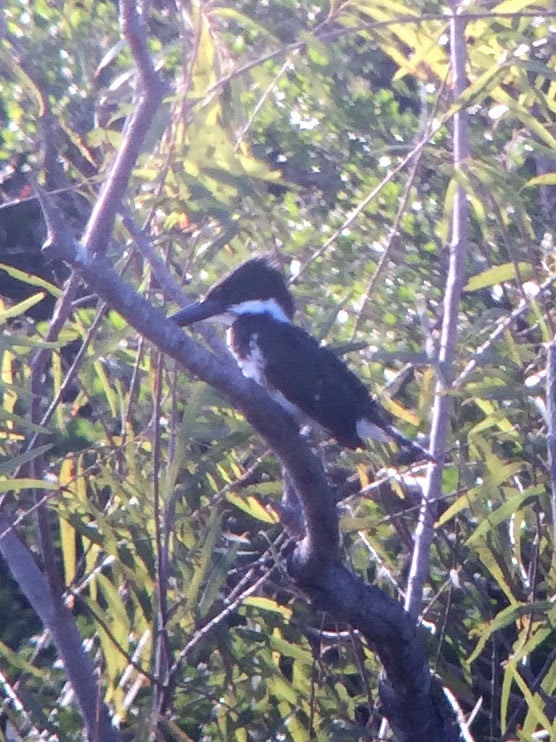 It's a female - it lacks the warm chestnut breast of the male. Although superficially similar to the resident Green Kingfisher, it's much larger, with a massive bill, and lacks white in the wing. Amazon Kingfishers are normally found from southern Mexico south to northern Argentina. This is only the second record of this species in the US, after one (also a female) was found in Laredo, TX in 2010.

In the past couple of days, hundreds of people have enjoyed this bird. And not just all the birders visiting for the Rio Grande Valley Birding Festival - even the local police officers are excited... 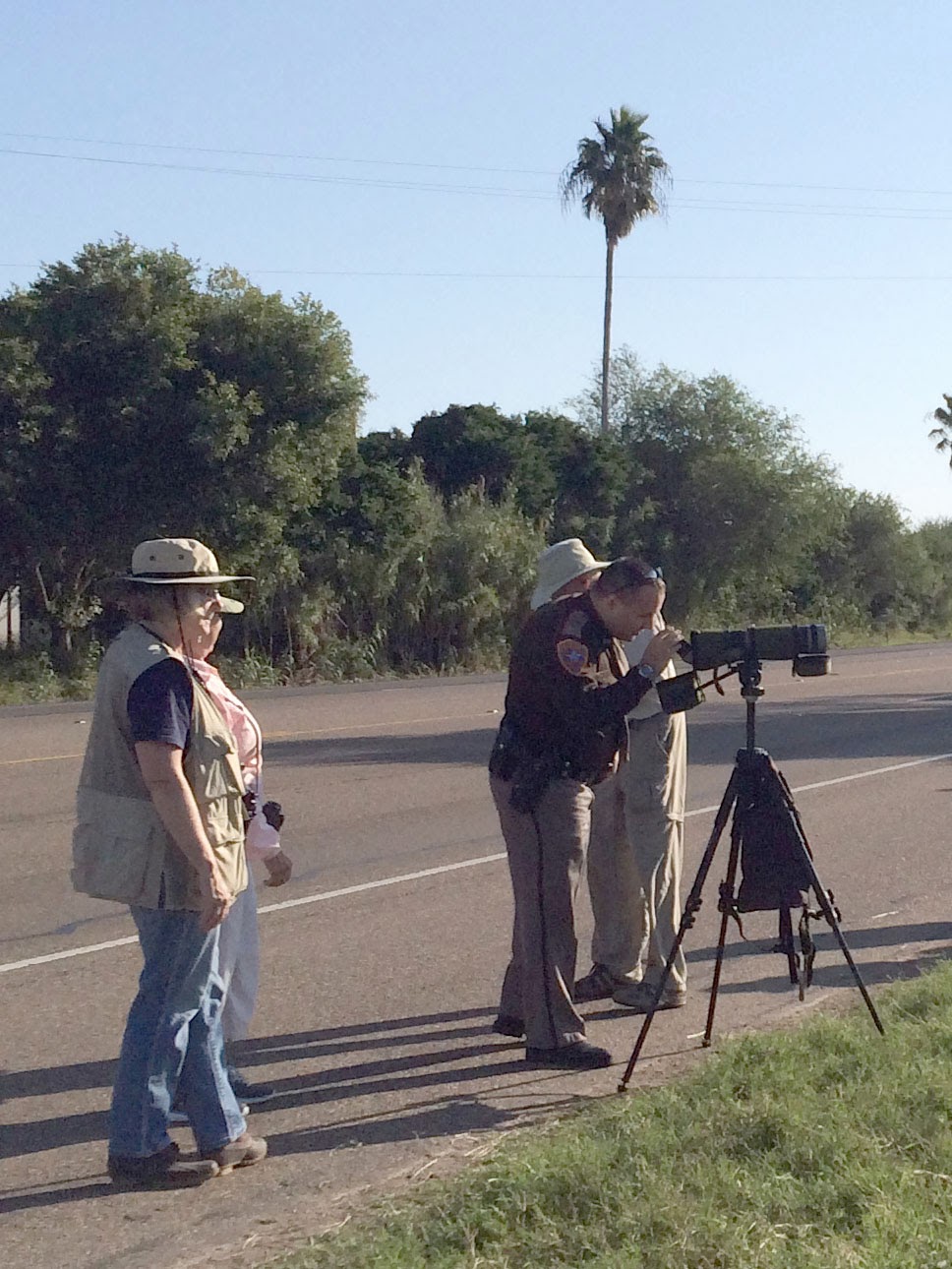 Best not tell the Border Patrol boys about this one

The bird flies around and then disappears. I wait it out, burning in the hot Texas sun. And as I'm waiting, hoping for a return appearance I get to chat with some of the many birders who are here for the birding festival. Debi Shearwater's here - it's great seeing her on land for once! And Ron Furnish, who I met in Alaska, and is also doing a Big Year.

Eventually, the bird is relocated, allowing me another opportunity to admire the massive bill... 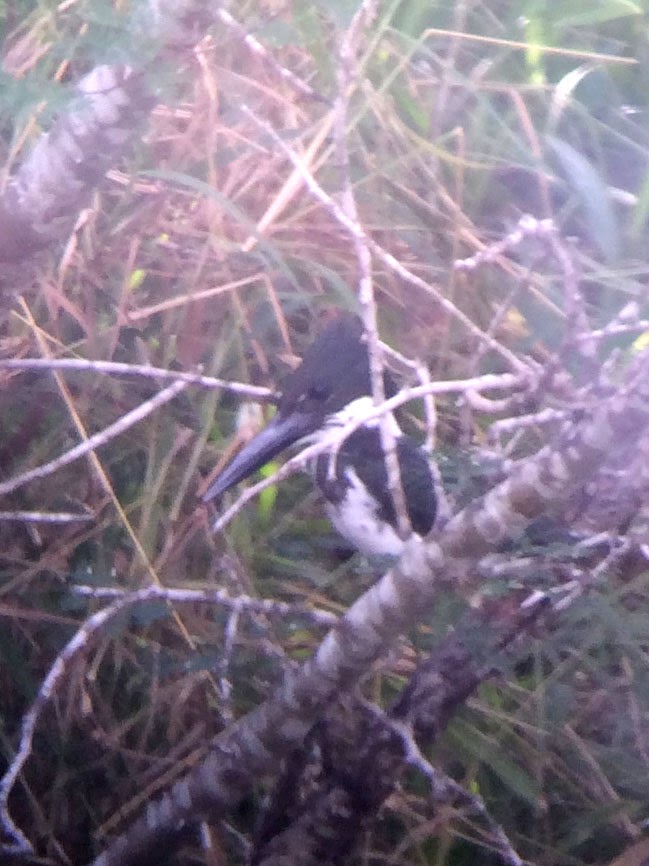 With this bill I should be catching tuna...

I spend the afternoon at Anzalduas Park which borders the Rio Grande river. I'm hoping for Hook-billed Kite - which never materializes. And despite a report of Sprague's Pipit there earlier in the day, it's decidedly Sprague's-free when I arrive. But I do run across some cool birds - including this one... 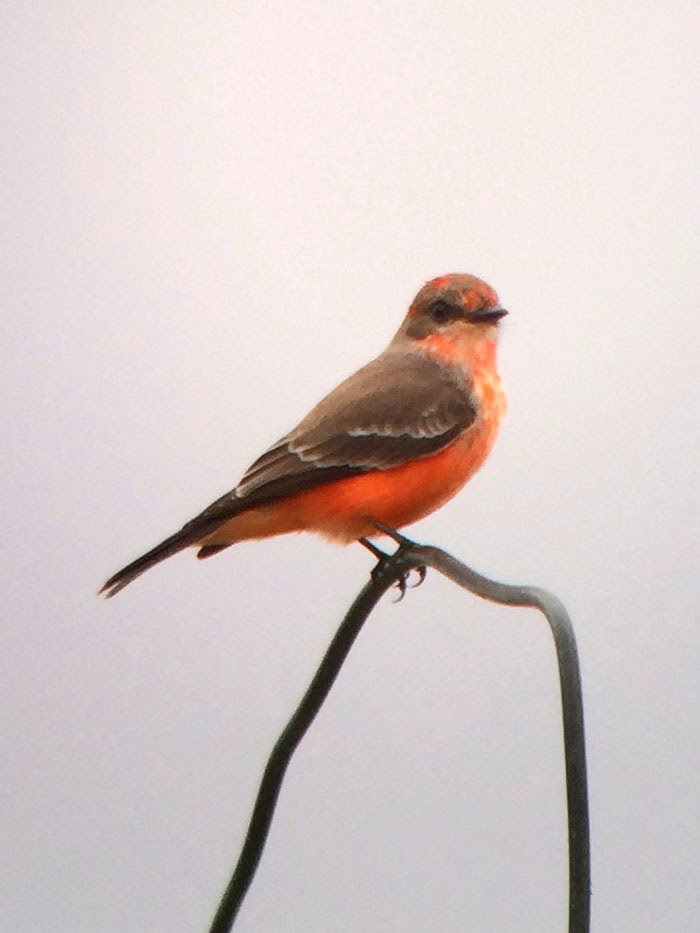 I'll return again tomorrow for another Hook-billed Kite search. And maybe stick around for another few days, hoping the end of the birding festival turns up something else exciting. And there are worse places to hang out than McAllen - where after a few trips this year, I'm already becoming a regular at MoonBeans Coffee... 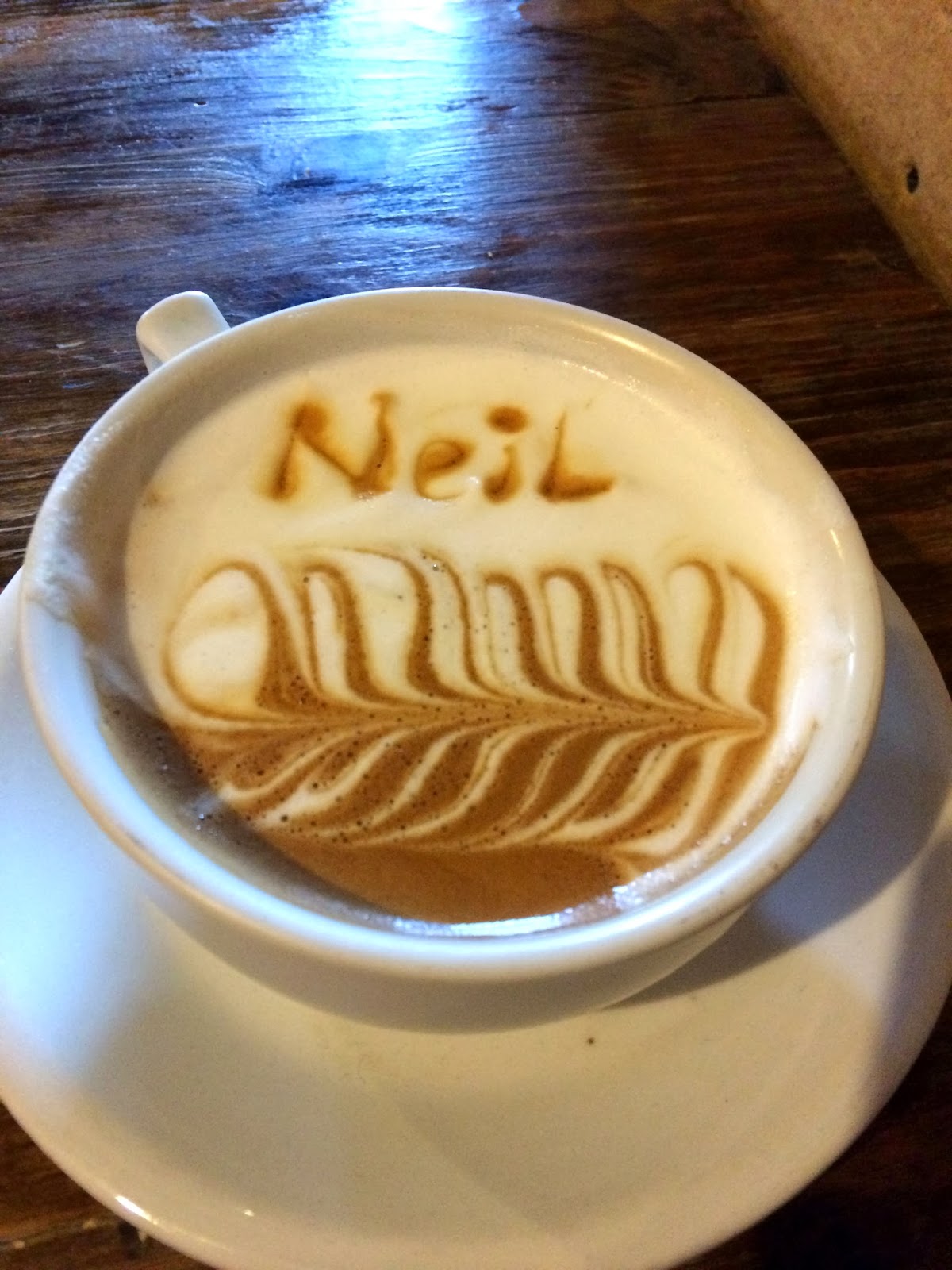