STREAK-BACKED ORIOLE (and UFOs and MUPPETS)

I wasn't expecting to use my windscreen wipers on this trip - through the desert of West Texas. Nor was I planning on having to find my hat and gloves. The outside temperature is a chilly 40 deg. And while it's early morning, the desert sky is black, darkened by a cold front moving in from the north. 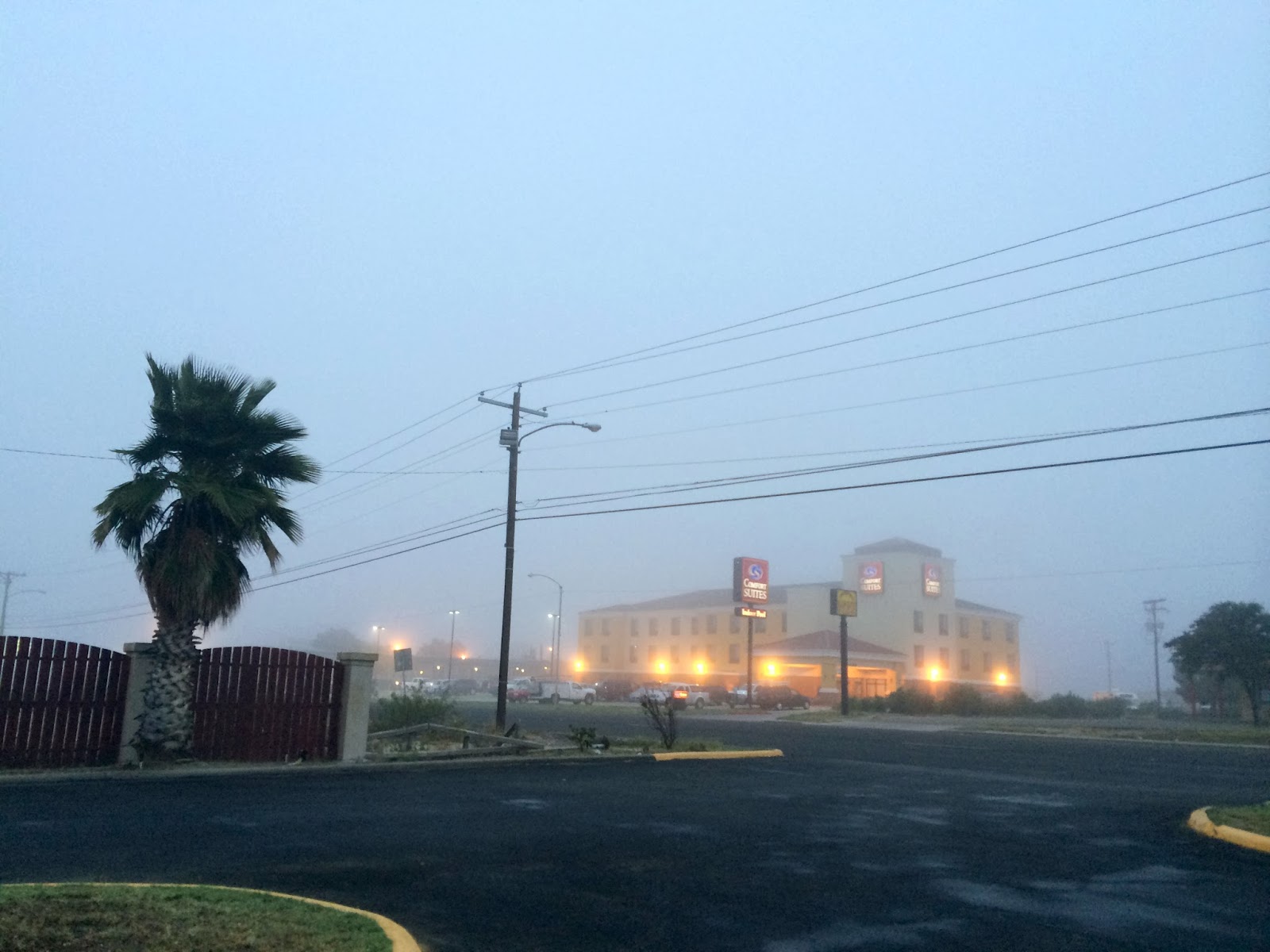 Rain and strong winds in Fort Stockton this morning.

I got as far as Fort Stockton in West Texas last night. I could barely keep my eyes open - and so found a motel and passed out. I'd been driving for 8 hours straight, through 550 miles. The further I got, the more nervous I became - I knew I'd be adding these on again in the return direction. What if I miss the bird? I could almost feel how unpleasant that trip would be. My sense of foreboding only grew as the temperature dropped into the 30s, and the tumbleweeds were blown across the road with increasing force. 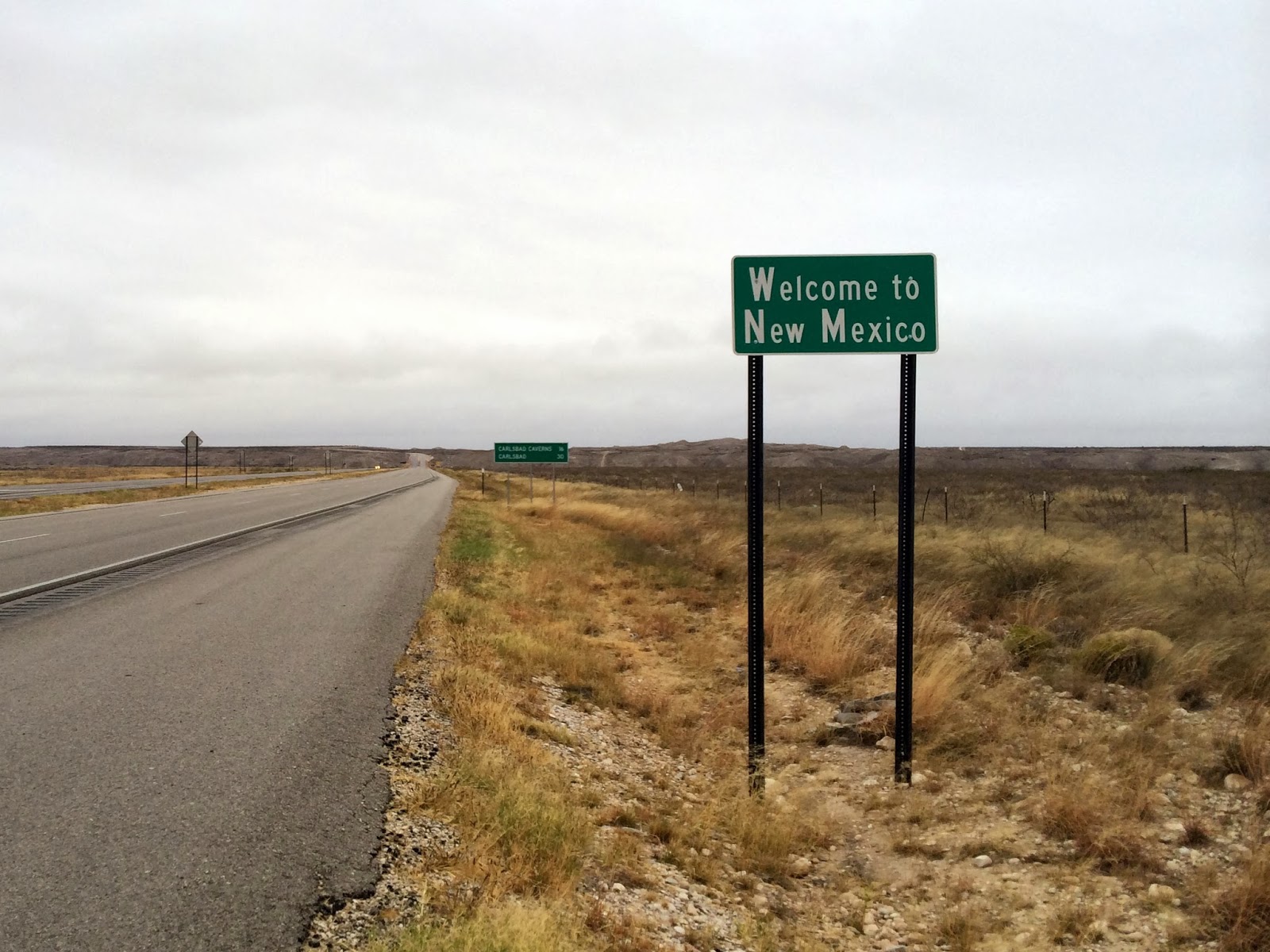 Welcome to a chilly New Mexico!

I pulled into Rattlesnake Springs at 9am. This is where Bob Nieman found the Streak-backed Oriole 2 days ago. 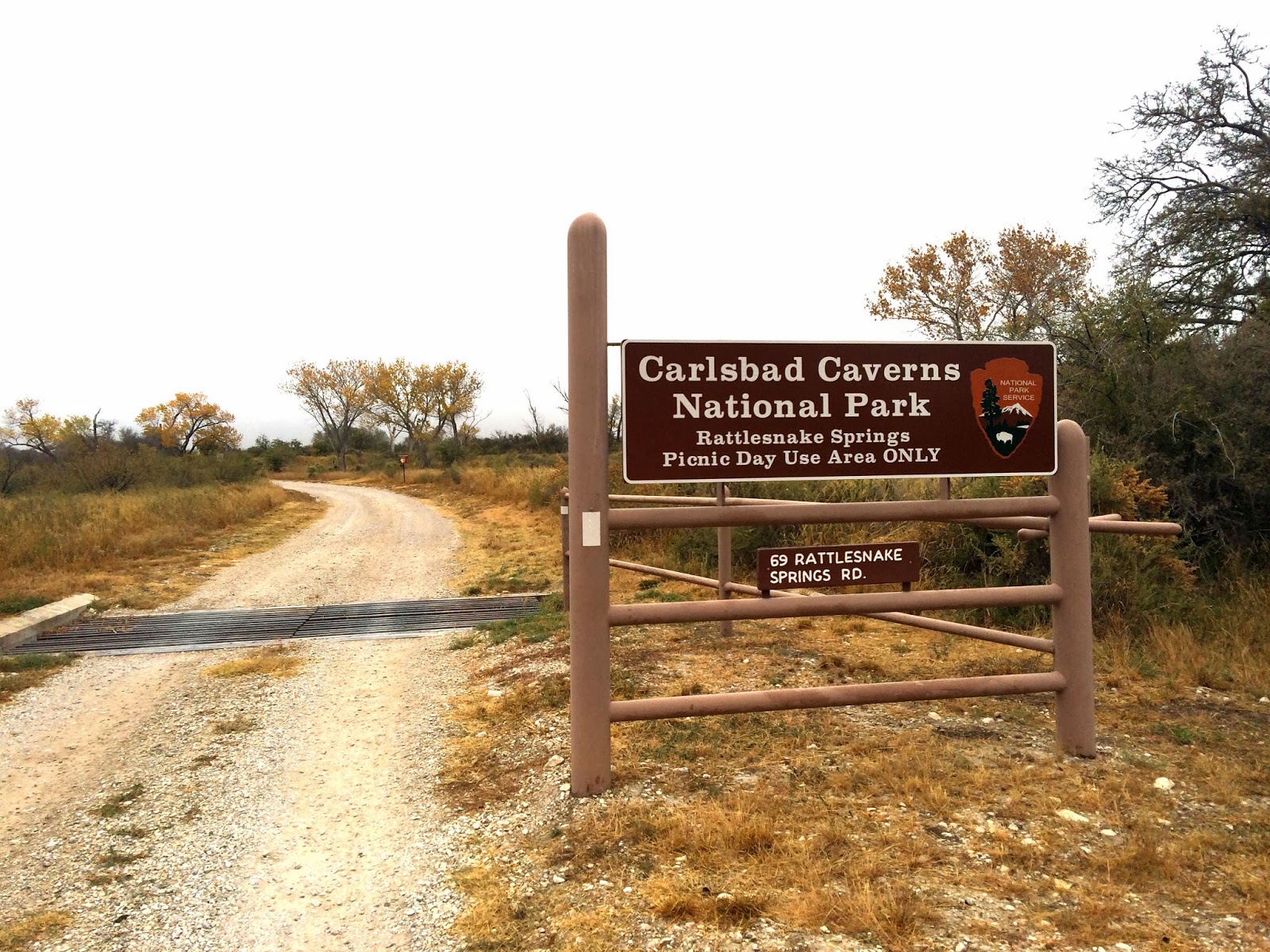 Bob was kind enough to draw up a map showing where to look. And now that I'm here - it's clear to me that it's a large area, and that the parts where the bird has been seen are dense and impenetrable. Several birders yesterday were on their hands and knees trying to look into the thick tangle of Russian olives and hackberries. They were rewarded with brief views of various Oriole body parts. Or, more commonly, no views at all. 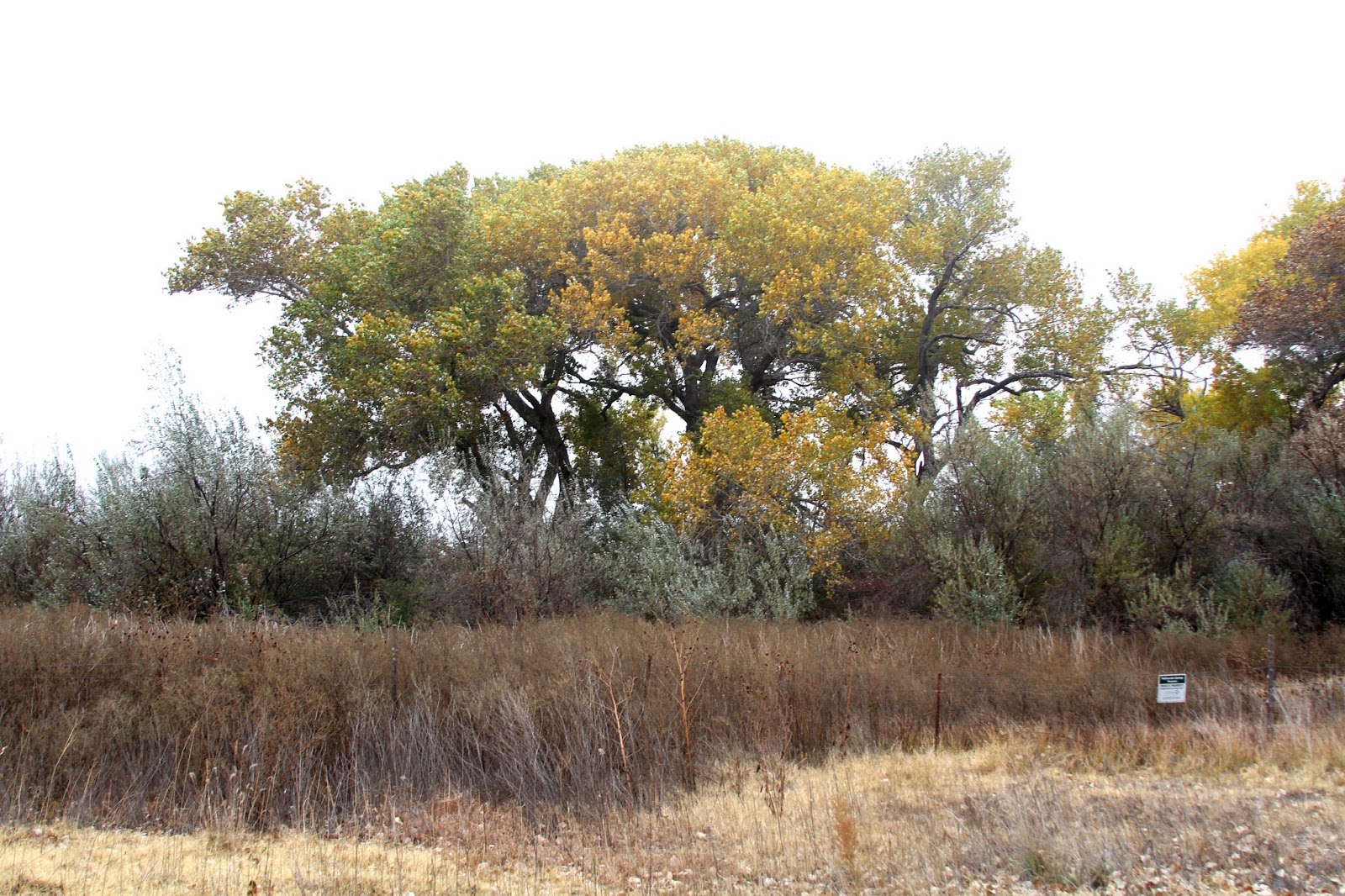 As soon as I arrive at the east end of the thicket, I hear a rattling call. I'm barely in search mode yet - more of a "scoping out the area" mode. It takes a couple of seconds for me to register the call - and to realize that this must be the bird. *Where* it is though - I have absolutely no idea! After 15 mins, it's clear the bird has either moved on, or is hidden in the dark thicket. I put out some orange slices, hoping to attract the bird (they don't), and continue along the creek and round the thicket. After 1.5 hours of literally seeing no birds, I spot a bird flush from low near the ground. It's the size of an oriole, and in the dim light has an orange wash. But like the heard bird earlier, I frustratingly lose this one too.

It's midday now and I'm getting desperate. I'm confident that the bird is still here and that I've encountered it twice - but not in a very satisfying and (importantly!) tickable way. I'm sure the weather isn't helping - the tall cottonwoods above me are shaking violently in the wind, sending what's left of their golden leaves to the ground. Maybe I should come back tomorrow?

And then I hear a Hooded Oriole. And then a Song Sparrow. I've been here for 4 hours and seen and heard only one bird and now two are singing?! Across the creek I spot the birds: a couple of newly-arrived birders - they're playing tape, presumably hoping to attract the oriole. I head over to join them - which involves circling the thicket and climbing over the annoyingly high barbed-wire fence (that's almost cost me my jeans several times today, as well as threatened to test the validity of my tetanus vaccination!) As I approach, they're walking away from me, and raising their binoculars. I follow their gaze, and incredibly see a bright red / orange bird sitting at the top of a dead tree. The oriole! They've found the oriole! 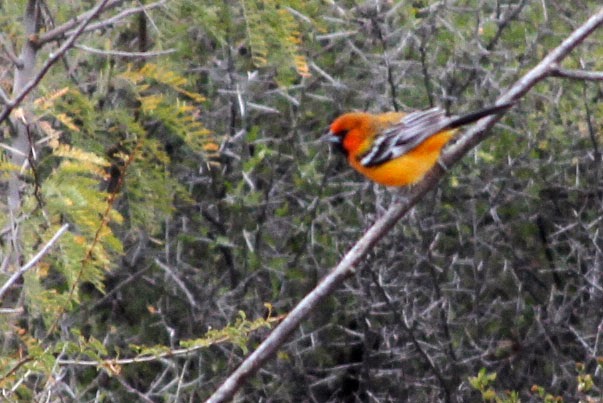 It flushes and flies off to the north, back towards the road and away from the creek. We follow the bird and quickly relocate it. It's calling - that same rattle I first heard - and it's clearly visible as it moves through the brush... 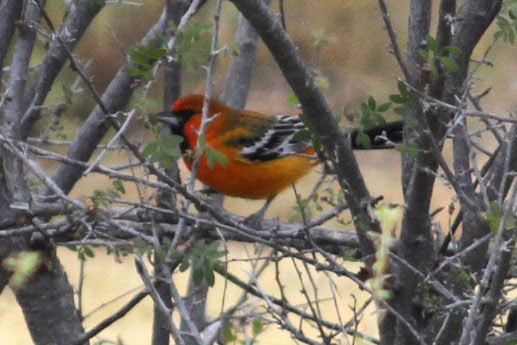 Streak-backed Oriole. Red / orange head, orange body, thick straight bill with black around the base and on the bib. Flight feathers show white edging. Black tail. The back is greenish-orange, and has little chevron marks which give the bird its name.

Once the excitement and relief dies down, I learn the names of the two birders - Jeff Cohen and Steve Smith. They're from Roswell, NM, and the founding members of the UFO birding group... 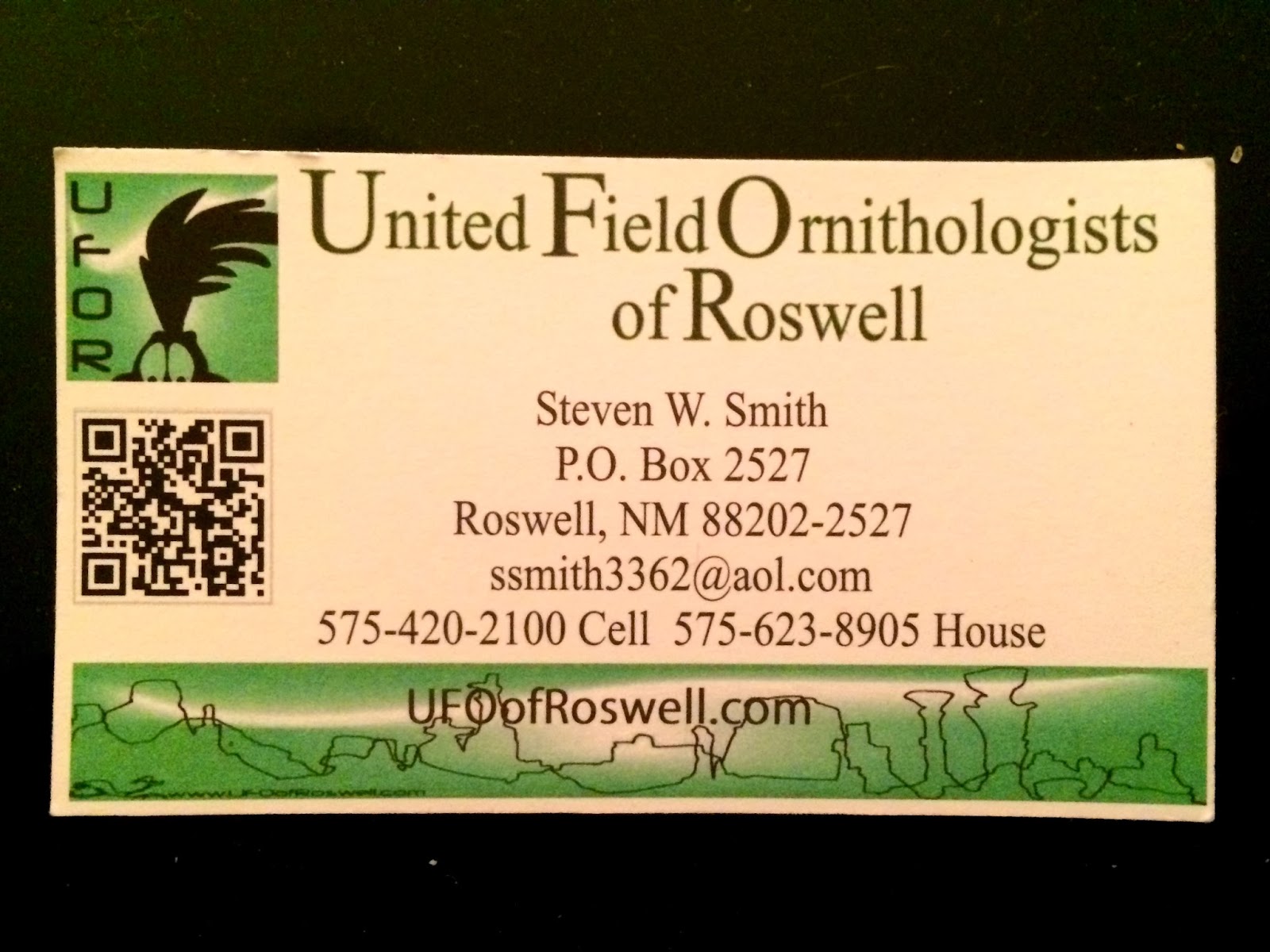 I know - a photo of Jeff and Steve would have been
more interesting than their business card!

I thanked them for their help. We were all excited by the amazing views - especially as our expectations on this bird were so low.

And that's it for me. It's 2pm, and I'm ready to make the 7 hour drive to Austin - I'm going to try Lake Travis for Sprague's Pipit in the morning before heading home. It's certainly a much easier drive having seen the bird! 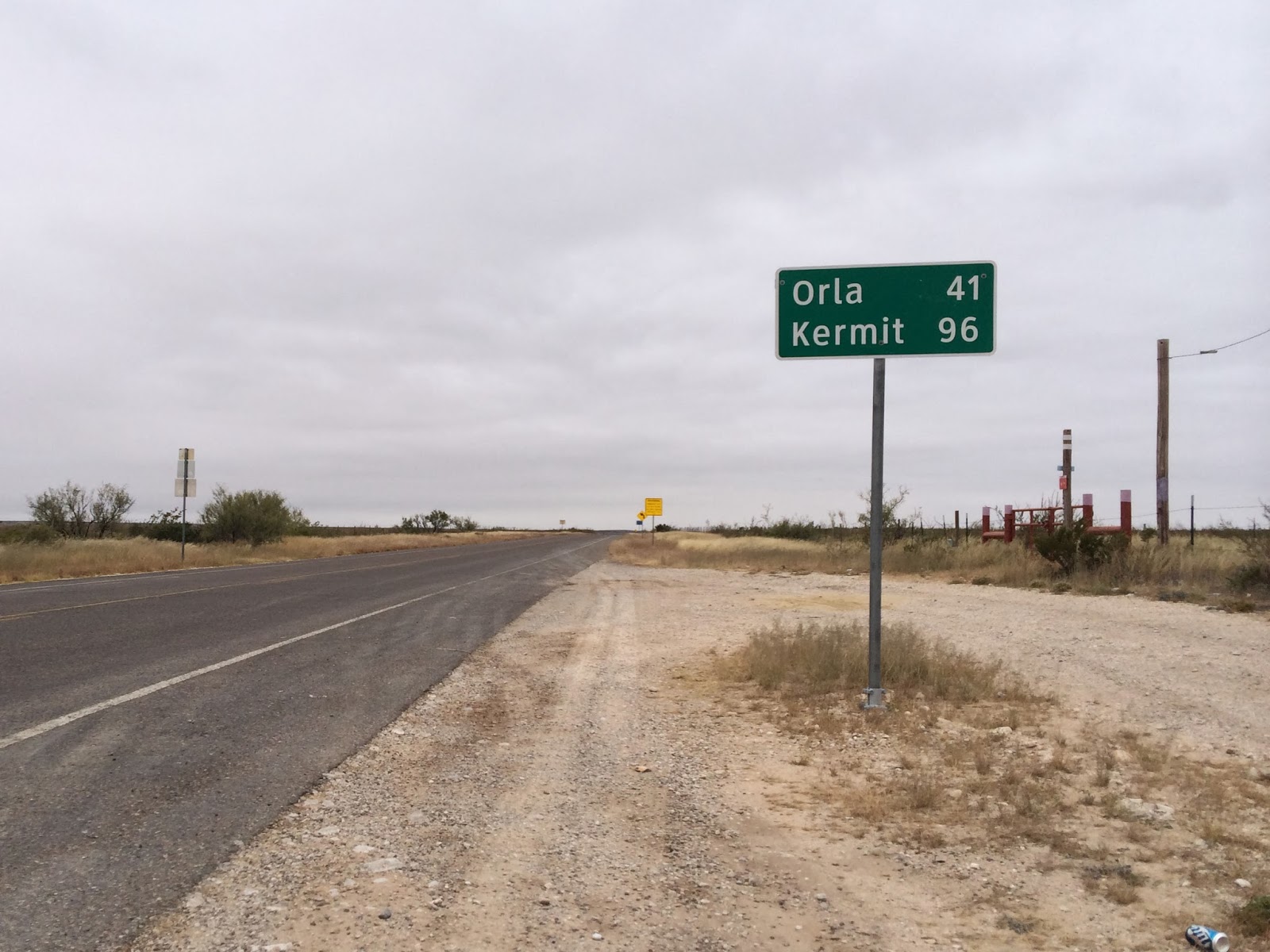