THE CITY OF BROTHERLY SHOVE...

I stared in disbelief as my car was towed away. Undriveable, and from one side, unrecognizable. I would be abandoning it here (Philadelphia) for a month. It wasn't coming home with me. This was my first car here in the US, and it was also my first car accident.

But I'm getting ahead of myself. First, I need to backtrack from Philly, further south. To North Carolina and back to the birds. After the success with the Swainson's Warbler in the Great Dismal Swamp we stuck around for the weekend. We crossed the border into North Carolina toward Howell Woods. I'd asked for help a couple months back - a plea for Kentucky and Swainson's Warbler locations. Howell Woods was a popular suggestion for both. I'd be happy to see more Swainson's and I'd only heard, but not seen, Kentucky this year (in Wisconsin.)

Howell Woods is in east central North (!) Carolina, on a street called "Devil's Racetrack." (And no, we didn't encounter any speeding demons.) It's a large swampy woodland: 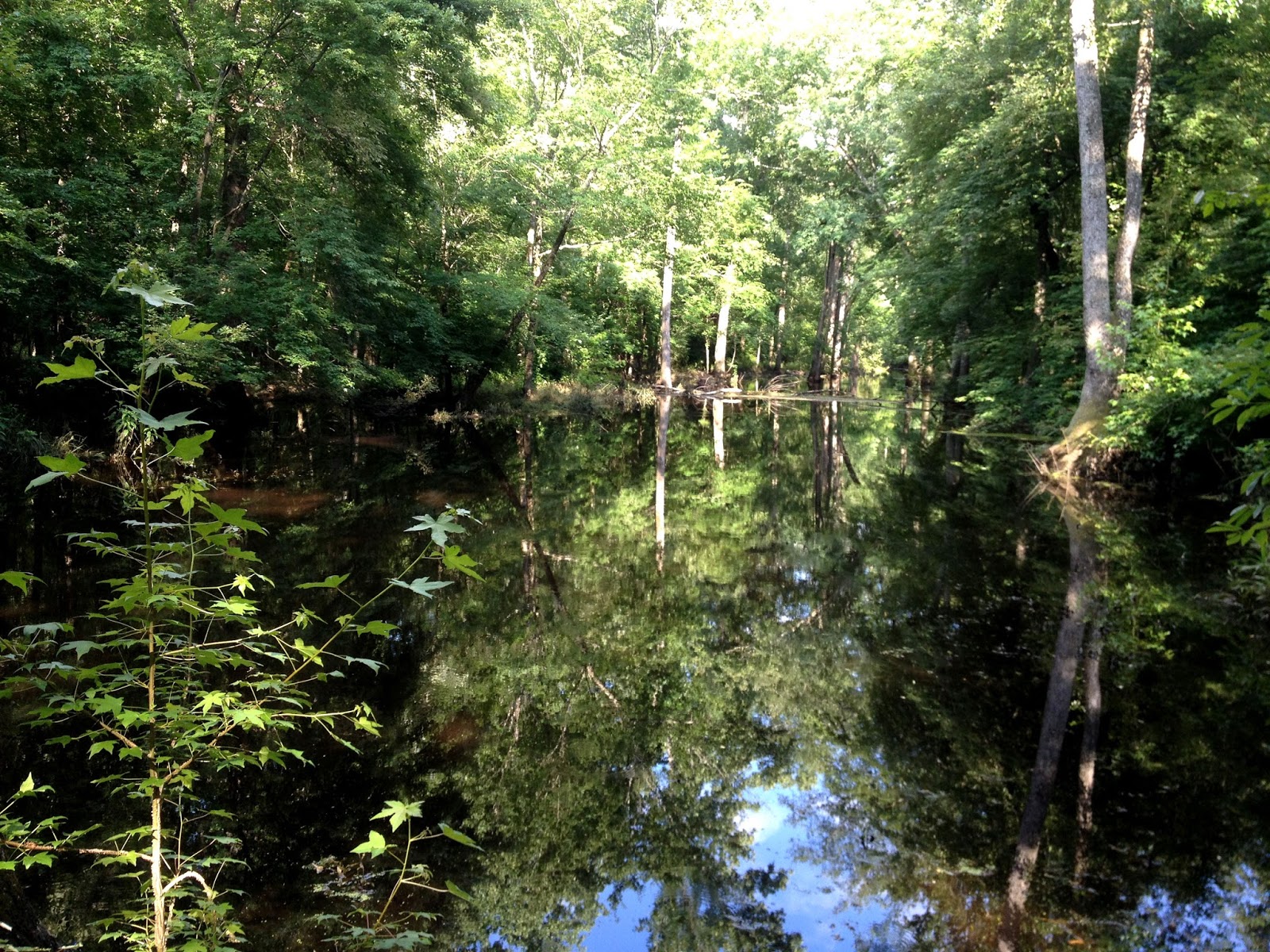 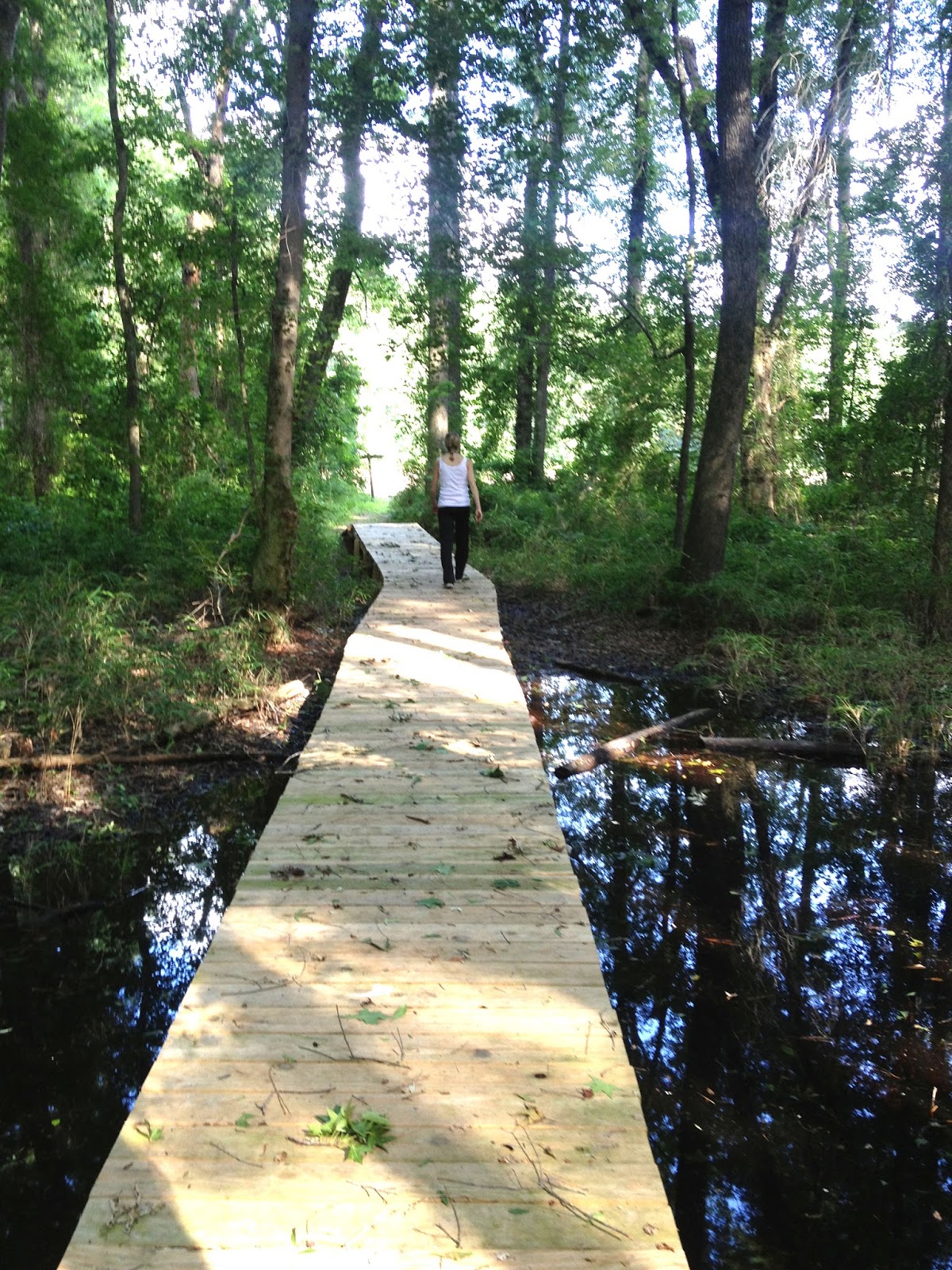 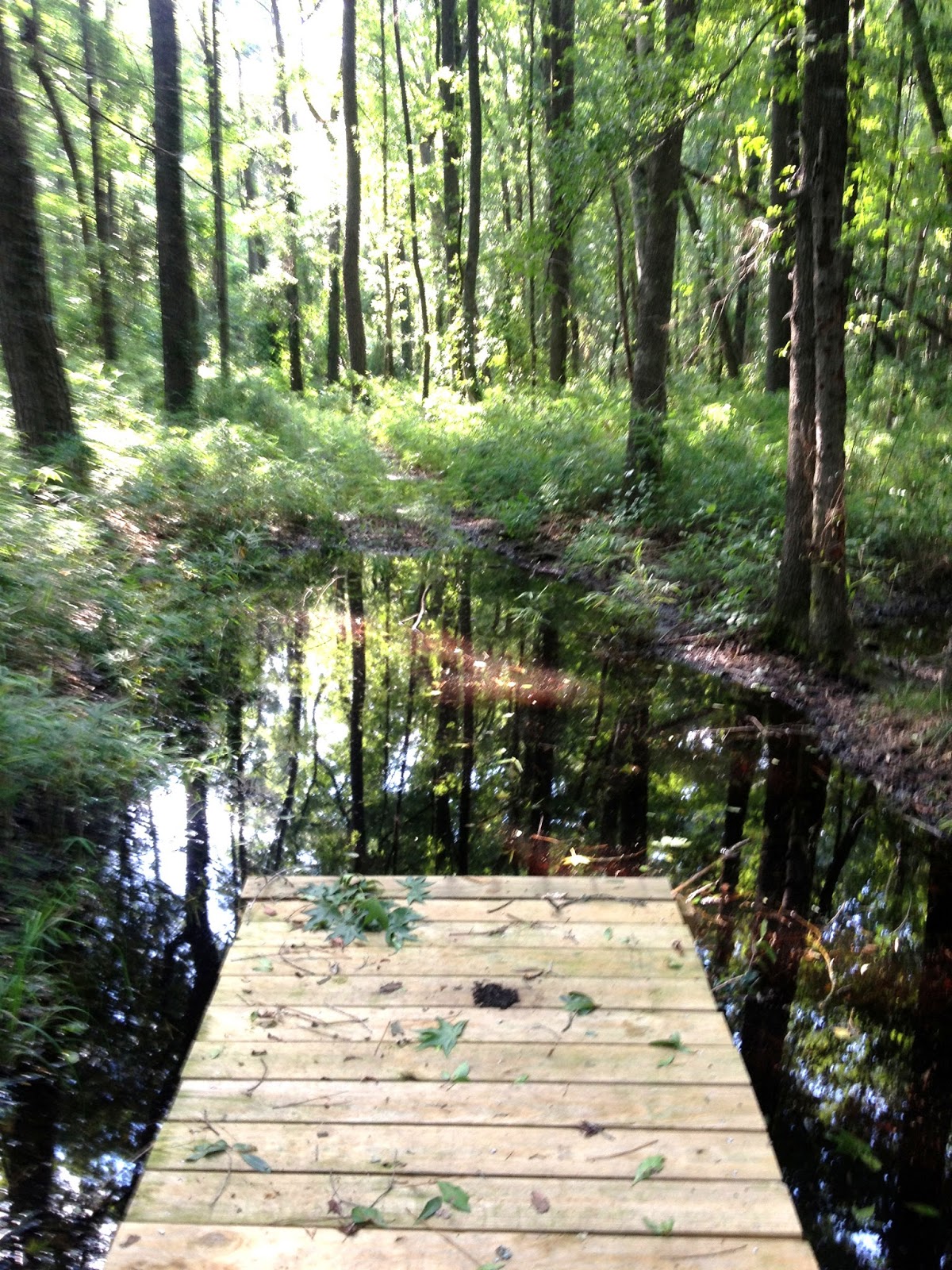 We were heading toward the Outer Slough Trail. I'd come to appreciate the different pronunciations of slough in the Pribilofs - realizing that Americans say "slew" whereas with my English upbringing I'd have said "sloff." Simple, until I remembered the Brits also had another pronunciation - "slau" for a  (vile!) place called Slough. Maybe a better pronunciation would be "Swainson-Kentucky Trail" - for within 5 minutes on the trail we had views of both. Brief, and too quick for photos, but close enough to admire the sideburns of the Kentucky.

We punctuated our trip home with a tour of Monticello, Jefferson's Virginia home. Although the highlight has to be the well-known architecture of the house and the beautiful setting, we were really impressed with the vegetable gardens… 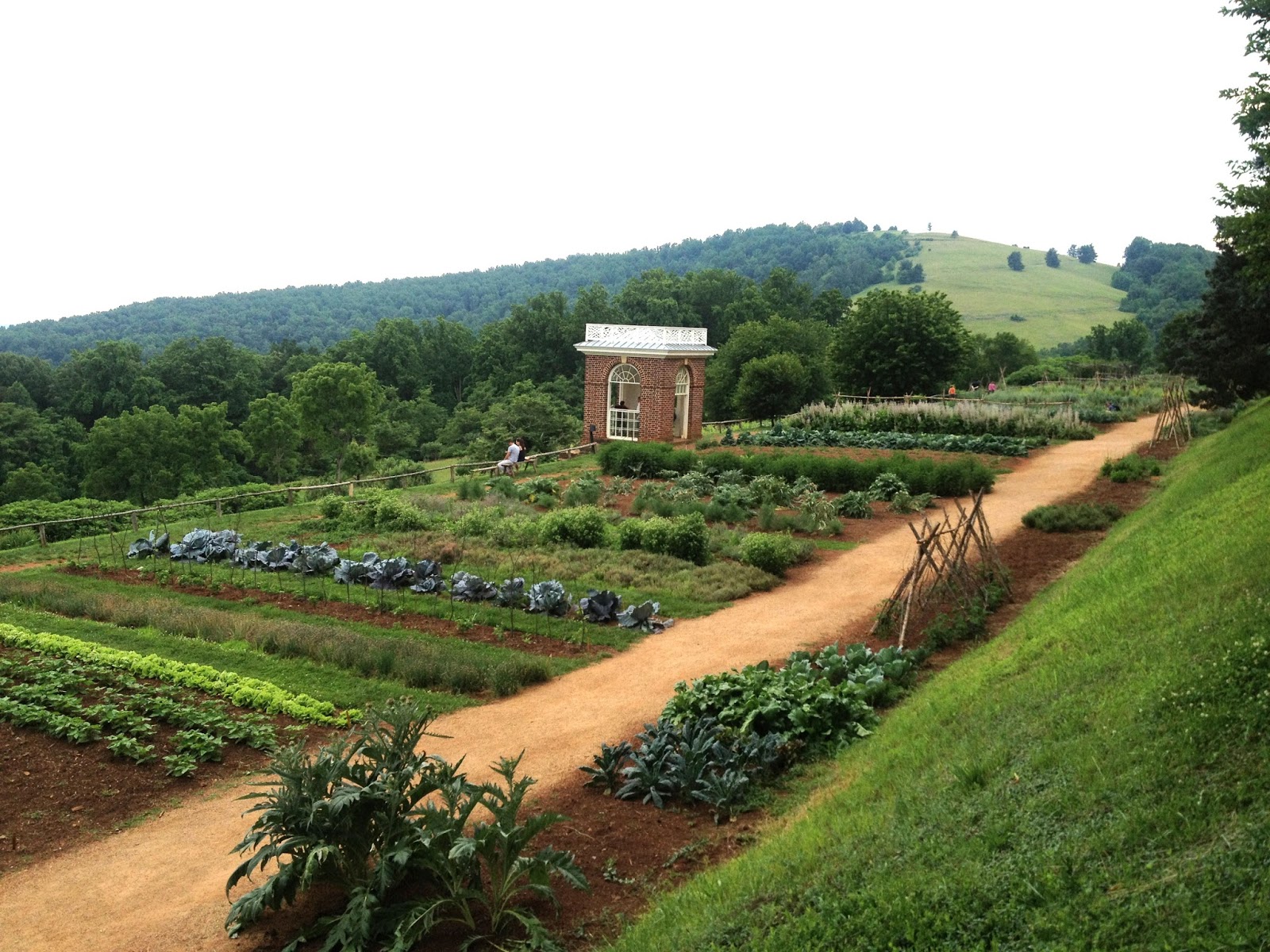 And then the evening in DC. Very timely as we were almost done with the audiobook for Dan Brown's book, "The Lost Symbol." I'm not a fan of Dan Brown - too much plot, too little character development, not enough birds - but it's ideal for driving: the constantly moving (and ridiculous) plot keeps you from falling asleep. They should put that on the audiobook cover - "Listening to Dan Brown while driving is preferable to falling asleep while driving!" 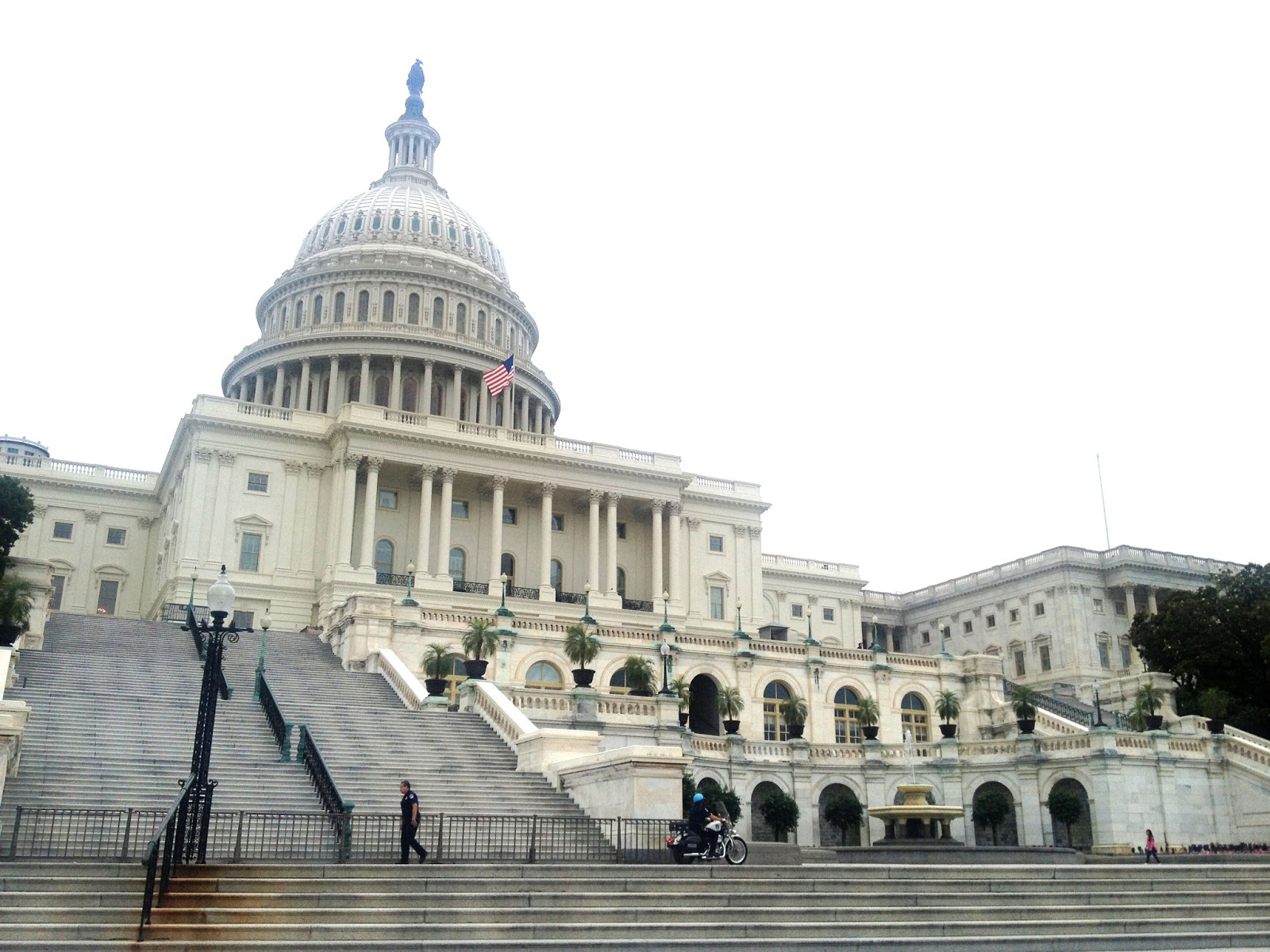 We didn't find the Pyramid or the Staircase to the Ancient Mysteries.
We did find some tourists and drunk Washingtonians though.

On our last morning we stopped at Susquehanna State Park in Maryland for Cerulean Warbler - a bird I'd heard in Wisconsin earlier in the month but not seen. We arrived at the Picnic Area and immediately heard one calling. We spent about an hour there enjoying great views of the constantly-moving bird. We could see the delicate black necklace, and the sky-blue upper parts after which the bird is named. It was ferrying caterpillars - from a caterpillar-producing tree to a caterpillar-eating Cerulean nest. It's a beautiful spot - a high tree canopy bordering the fast-moving Susquehanna River. Birds seem to like it too - we had Indigo Bunting, more Yellow-billed Cuckoos, Great-crested and Acadian Flycatchers. After finally getting looks at the Cerulean I've now seen all the regular breeding warblers of the US this year (about 52 species.)

It was after breakfast in Philly that the trip came to a crashing end. Seconds after stopping at a red light near the Liberty Bell, we heard the crunching and felt the impact of a large truck hit the back of my car. 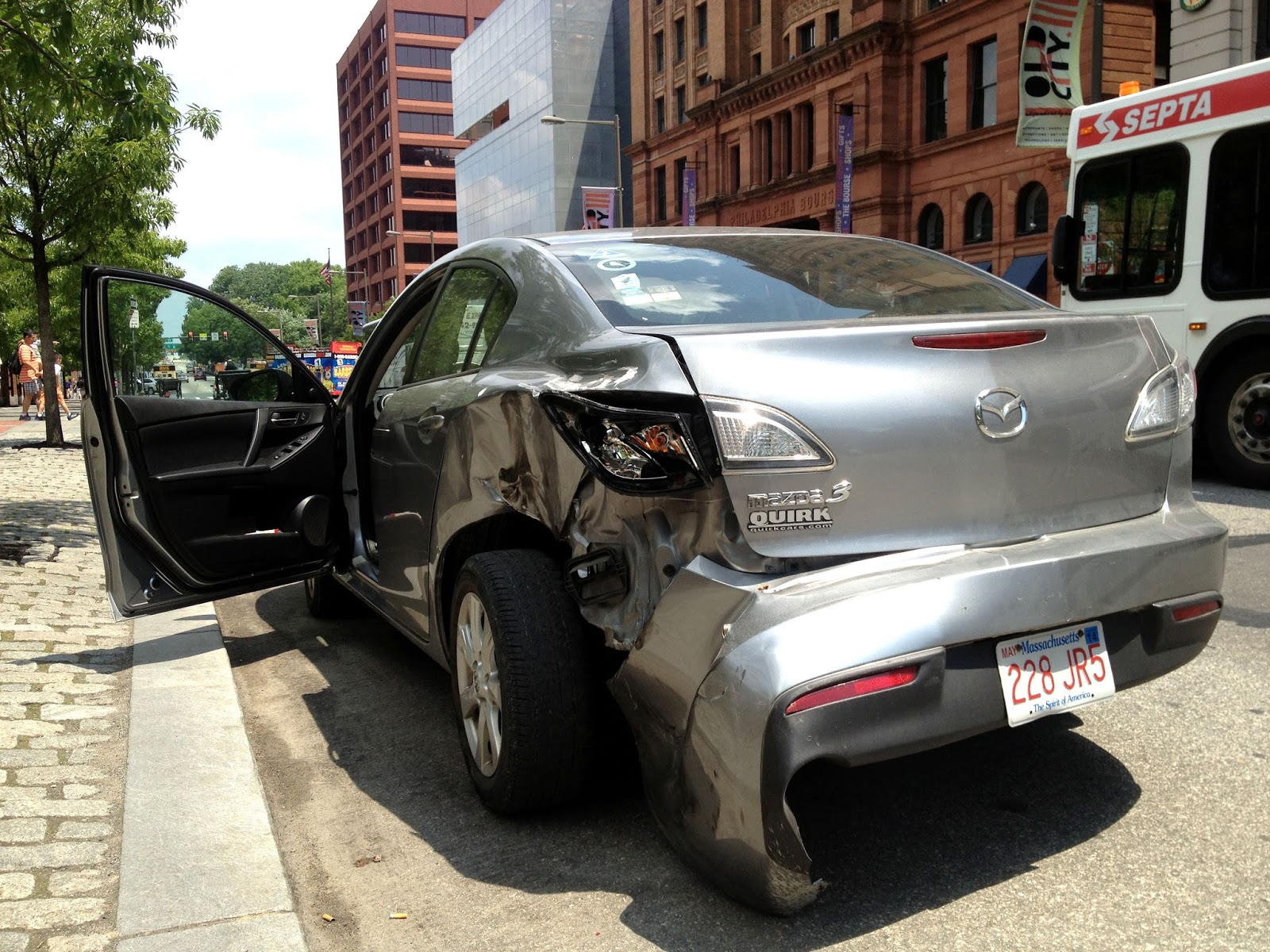 We were ok, but shaken up. After dealing with the police, insurance company, other driver, we said goodbye to the car - due for a month's worth of repairs and rebuilding in Philly, and got a rental car for the long drive back home to Boston. We were lucky not to be injured. We'd seen - actually seen - Swainson's Warbler, as well as lots of other avian goodies - Prothonatory, Kentucky, Cerulean Warblers, visited Monticello and DC. My car wasn't coming with us, but Dan Brown was. Hopefully the Angels and Demons would keep us awake...