I awoke this morning to Canyon Towhee babies hopping around the car. And, more importantly, no Black Bear attack. I'm hiking up the Pinnacles Trail to Boot Canyon today. I did this in May (see here.) The hike is very steep, and very, very hot. That's why I told myself, "I'm never doing this again." With several expletives mixed in to really stress the sentiment. Apparently my short-term pain memory apparently doesn't even last 8 weeks! 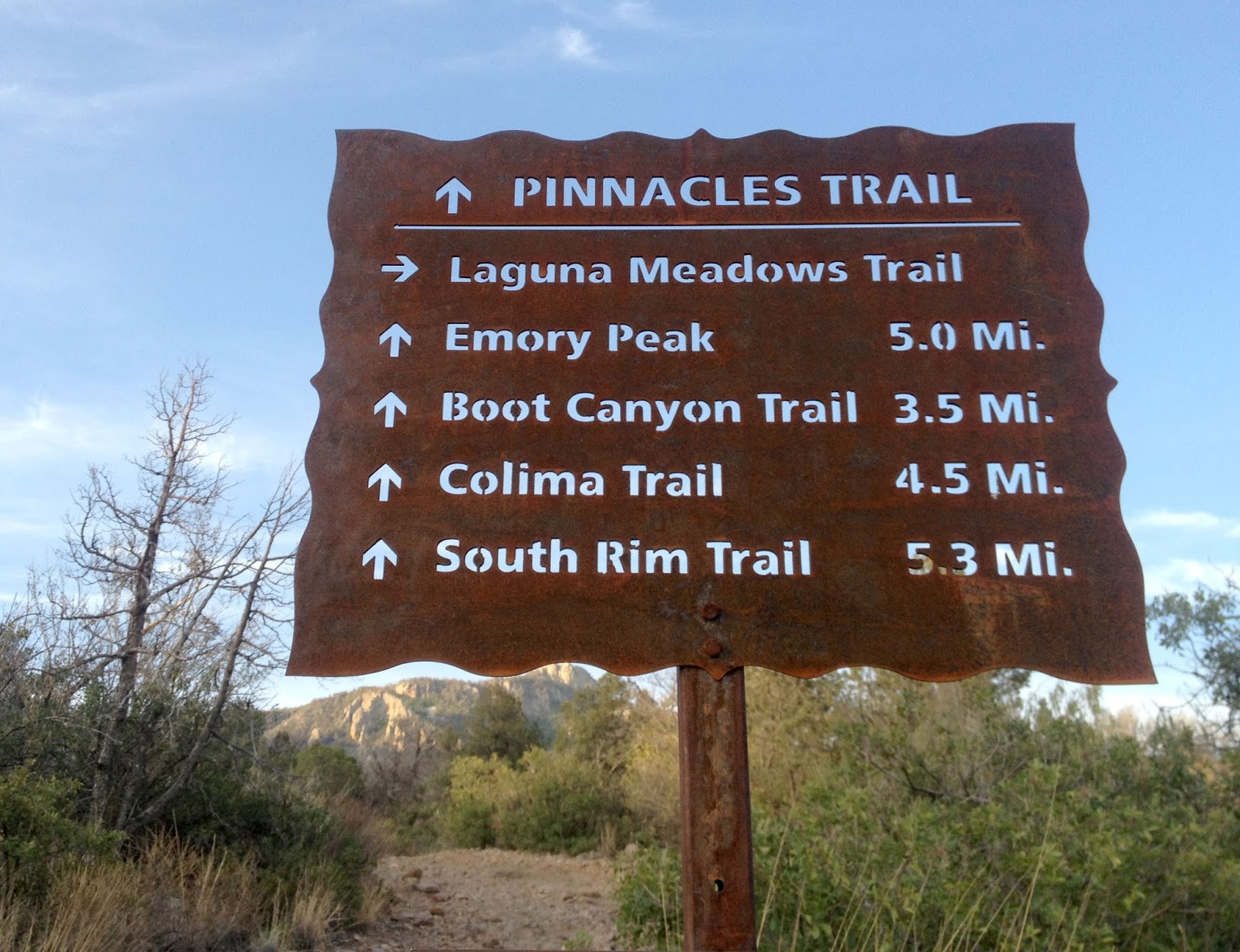 The views up are incredible, but I'm more single-minded than last time. I hike to the top of the Pinnacles in an hour - stopping for no bird or view. A 10 minute rest for water and Mexican Jay viewing... 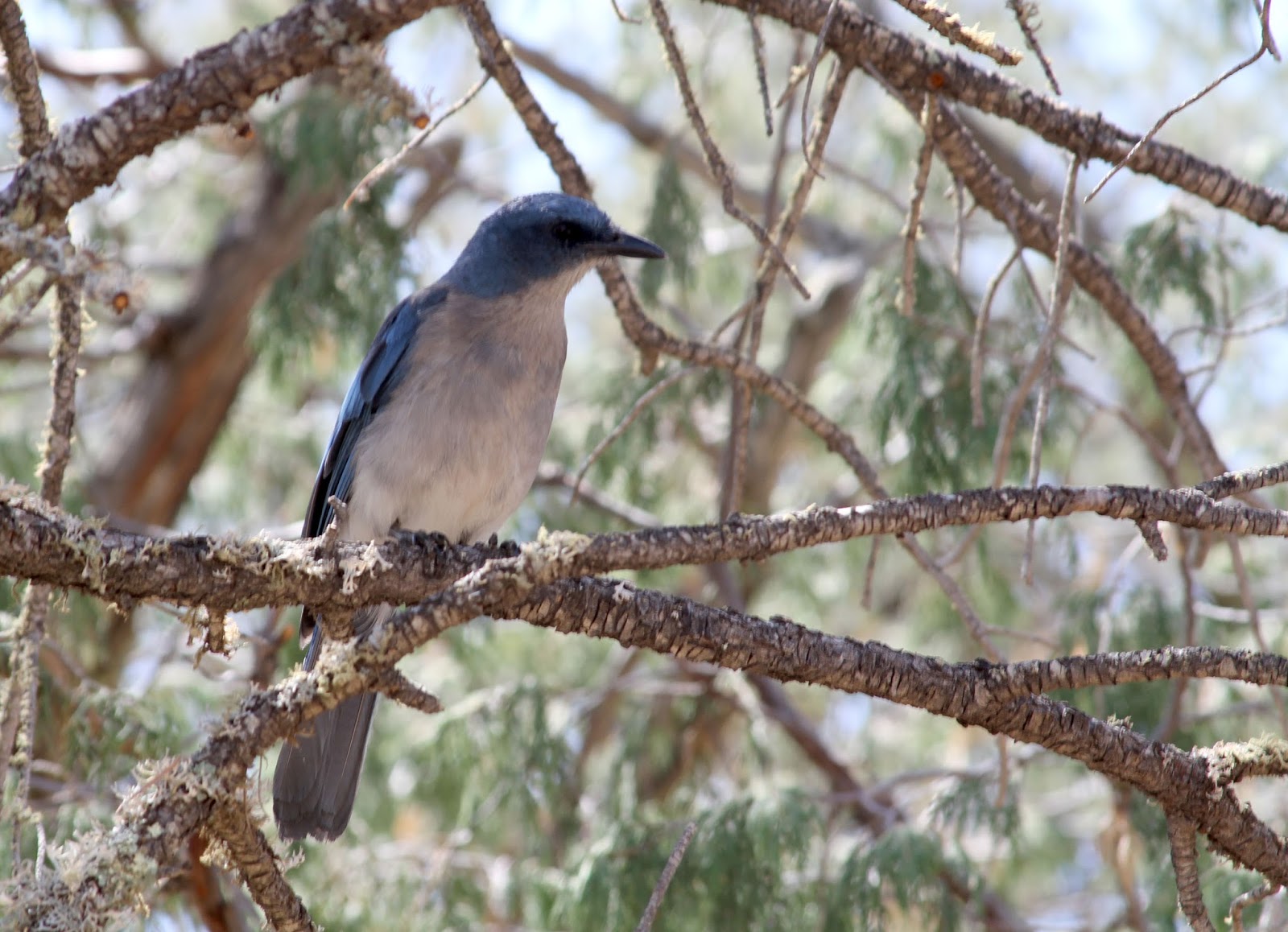 ...and I'm off to Boot Spring in Boot Canyon. 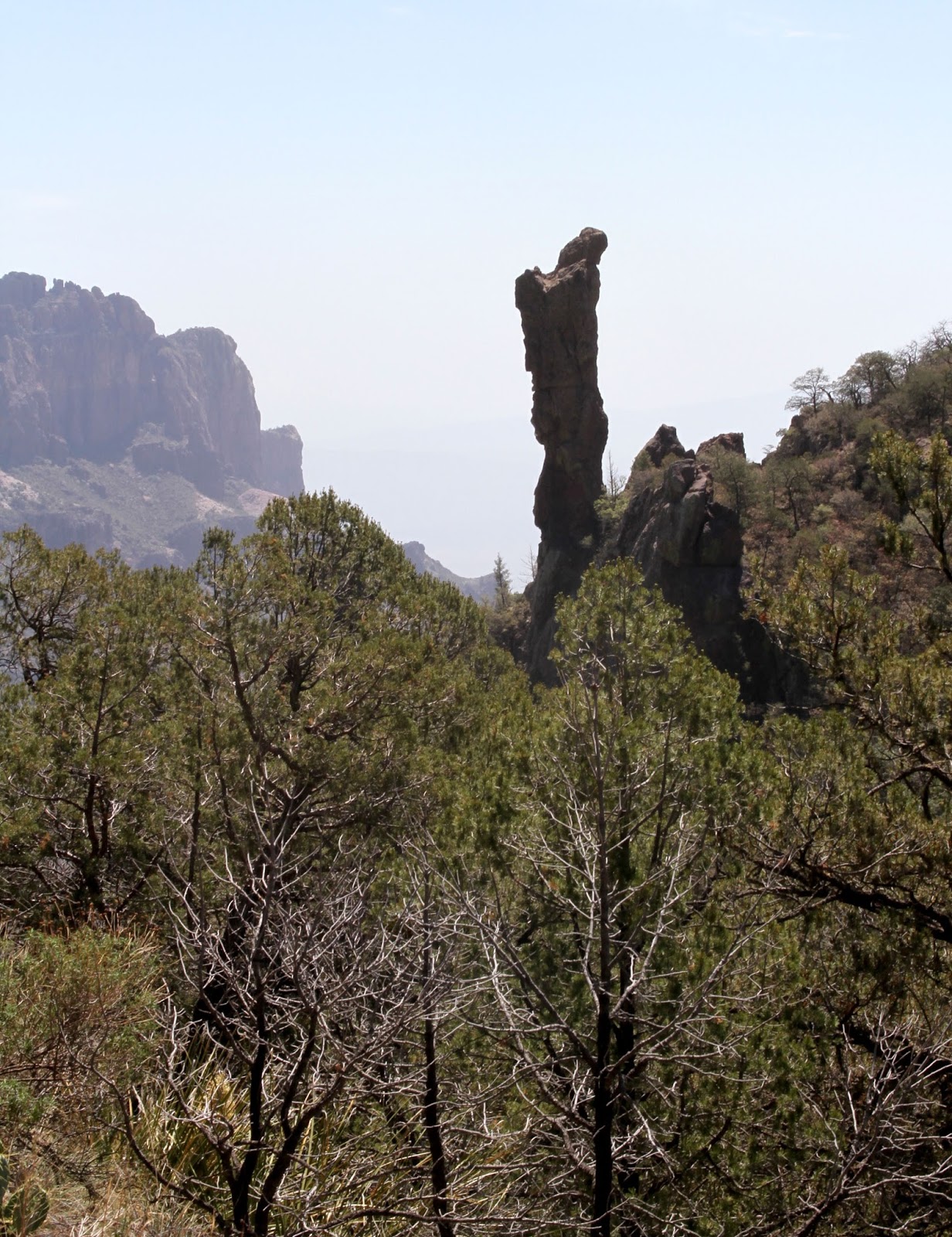 I only realized there was an actual boot here after reading Hans de Grys' post (see here)
- must pay more attention to scenery in future!

I arrived at Boot Spring to find it alive with birds: Black-headed Grosbeaks, Acorn Woodpeckers, Colima Warblers (an adult and young bird), and a beautiful Painted Redstart: 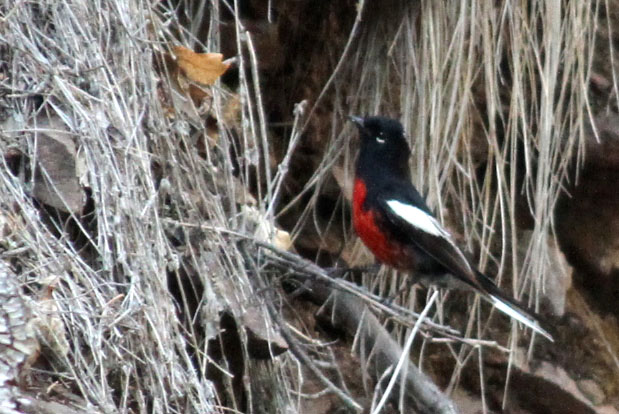 But no Tanagers - except a Hepatic Tanager that got me briefly excited!

The Flame-colored Tanager male has been reported most frequently just past the intersection with the Juniper Trail. It's often seen associating with a female Western Tanager. That's not unusual - these two species do interbreed, and hybrid birds are encountered - most recently in Southeast Arizona. Anyway, looking for 2 birds should be easier than 1, and the one I'm interested in is bright orange. How hard can that be? Actually, quite hard! I spent 3 hours in this exact location in May and never saw the bird (but did, frustratingly, see the Western Tanager!)

As I'm waiting trying to identify the female and young hummingbirds buzzing past me, I spot two birds chasing each other out of the corner of my eye. Chasing is good! Even without binoculars, I can see one of them is bright orange. But I lose them in the upper canopy and don't get better views. While this may sound good, it's pretty agonizing - I'm sure the orange bird is the Flame-colored Tanager, chasing the Western Tanager. But I didn't get a good enough view to positively identify (and thus tick.) So I'm in birding limbo - having  seen the bird, but not really seen the bird.

I spend the next few hours hoping for a repeat performance of the Tanager chase. This time I have enough water, and there's a cool breeze blowing through the canyon that it's unusually pleasant up here. But I can't get too comfortable: in  the back of my mind is the hot 90 minute descent and the 7 hour drive to Austin - I can't spend the whole day here waiting.

At noon I suddenly start hearing soft Tanager calls. I spot the female Western on the other side of the stream. And as I'm watching her, a bright orange bird flies in...Flame-colored Tanager! (Phew!) 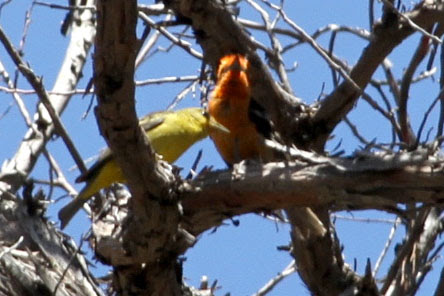 The male really is stunning in his flaming orange plumage. The birds stick around, high up, for about 5 minutes before chasing each other away. 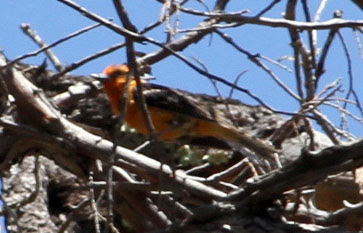 In this shot you can see the large gray bill and white wing bars. 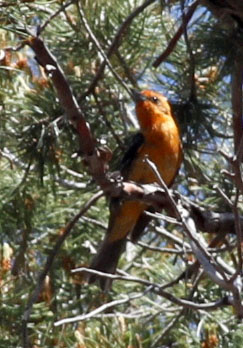 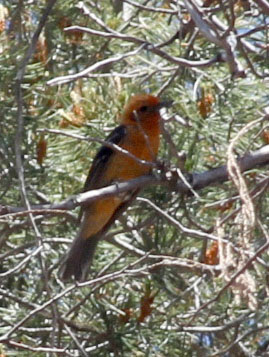 Male Flame-colored Tanager. Notice the dark auricular (ear) mark on the face. A better photo would show the two "teeth" on the bill - the Latin name for the bird is Piranga bidentata.

My second attempt and cumulative 6 hour vigil finally paid off. And what a stunning bird! Maybe I can even promote the Big Bend from my "never, ever (*ever*) again" list of places, to "that's a fun hike with great birds." Or maybe no - half-way down the baking 100F descent I remember why it's so painful. But the memory of the Tanager sure makes it a lot easier.

I'm flying back home to Boston tomorrow morning. Despite all the driving and hectic pace, I've had an incredible week: Red-billed Tropicbird in Maine, Yellow-green Vireo and Flame-colored Tanager in Texas. All life birds for me, and ones I really didn't expect to see this year. June has been an amazing month - from the freezing temperatures and sea ice of Alaska, the boreal forests of New Hampshire and Vermont, the buggy bogs of Minnesota and North Carolina to the tropical south in Texas.  I've seen some great birds, and had some wonderful shared experiences, especially with Hans, Abe and Gerri.