Getting to the Pribilofs is half the fun. After an early morning flight from Homer, the agonizing wait at Anchorage airport finally ended when they called my name and presented me with a ticket. I felt like I'd won the lottery! What they'd actually given me was a ride in this twin-prop... 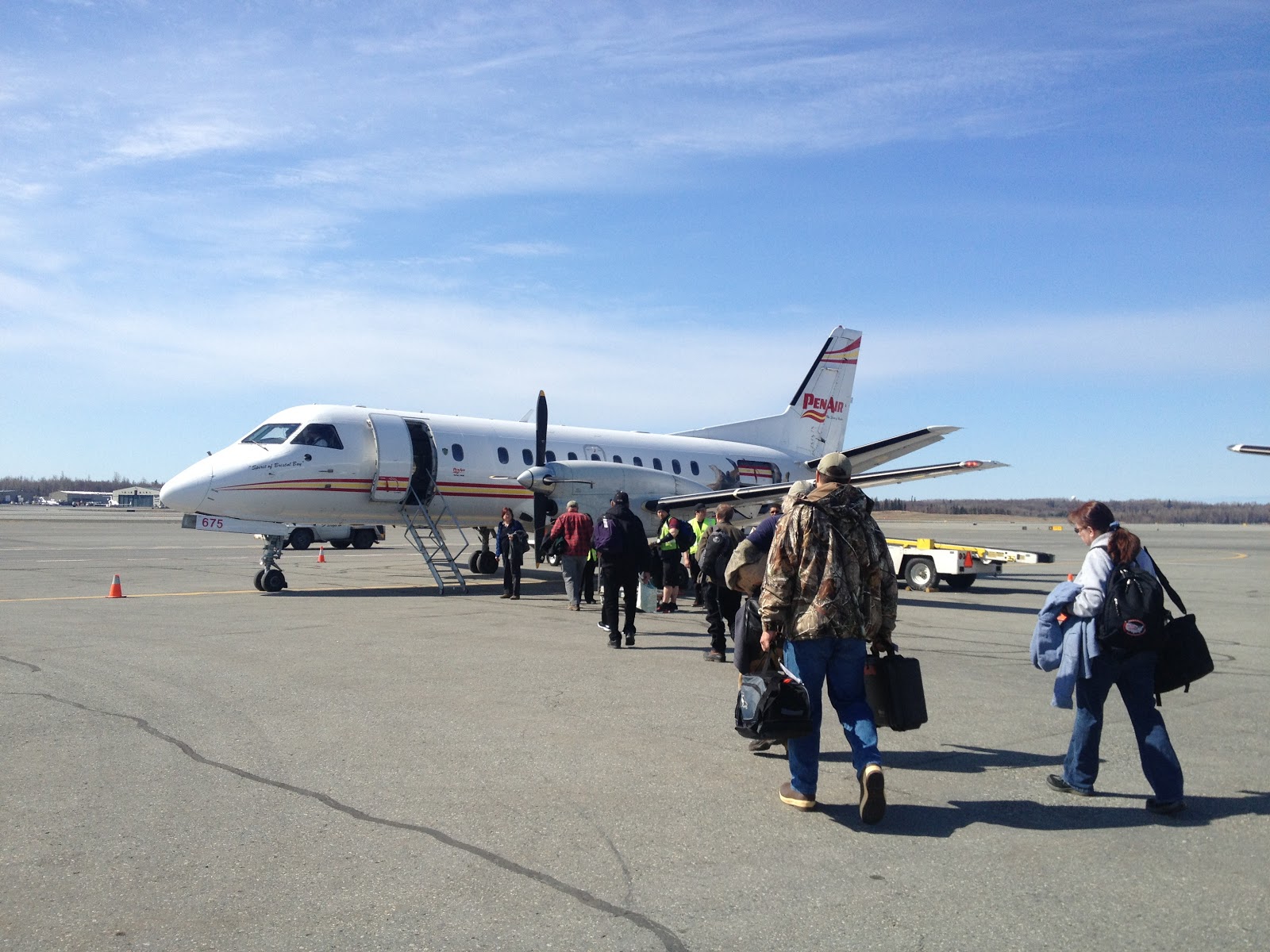 ...which would take us 750 miles and out into the middle of the Bering Sea. A fog-laden Bering Sea. Yikes.

The Pribilofs were discovered in 1786 by Gavriil Pribilof. The two main islands (of the 4) are St. Paul (on whose feast day the island was discovered) and St. George (named after Pribilof's ship.) Like the rest of Alaska, this was Russian territory until the Alaska purchase in 1867. St. Paul has a population of around 530, which is seasonally supplemented by workers at the Trident fish cannery (more on this later.) St. George has 150 residents - which are, like the other island, mostly native Aleut.

We made a quick stop at St George first, while there was a break in the fog... 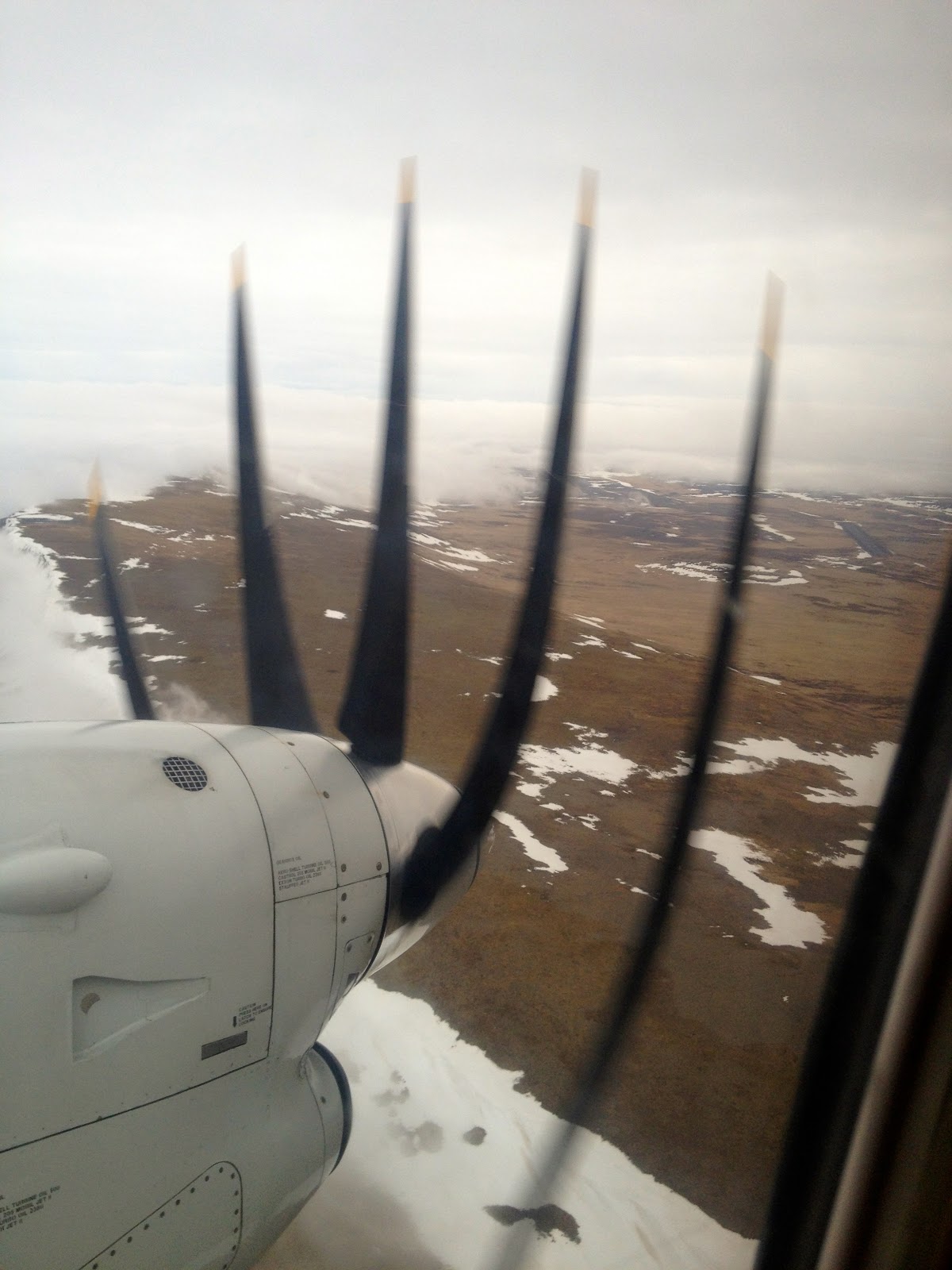 Arriving at St. Paul.
It's an optical illusion - one of the propellors really isn't falling off! 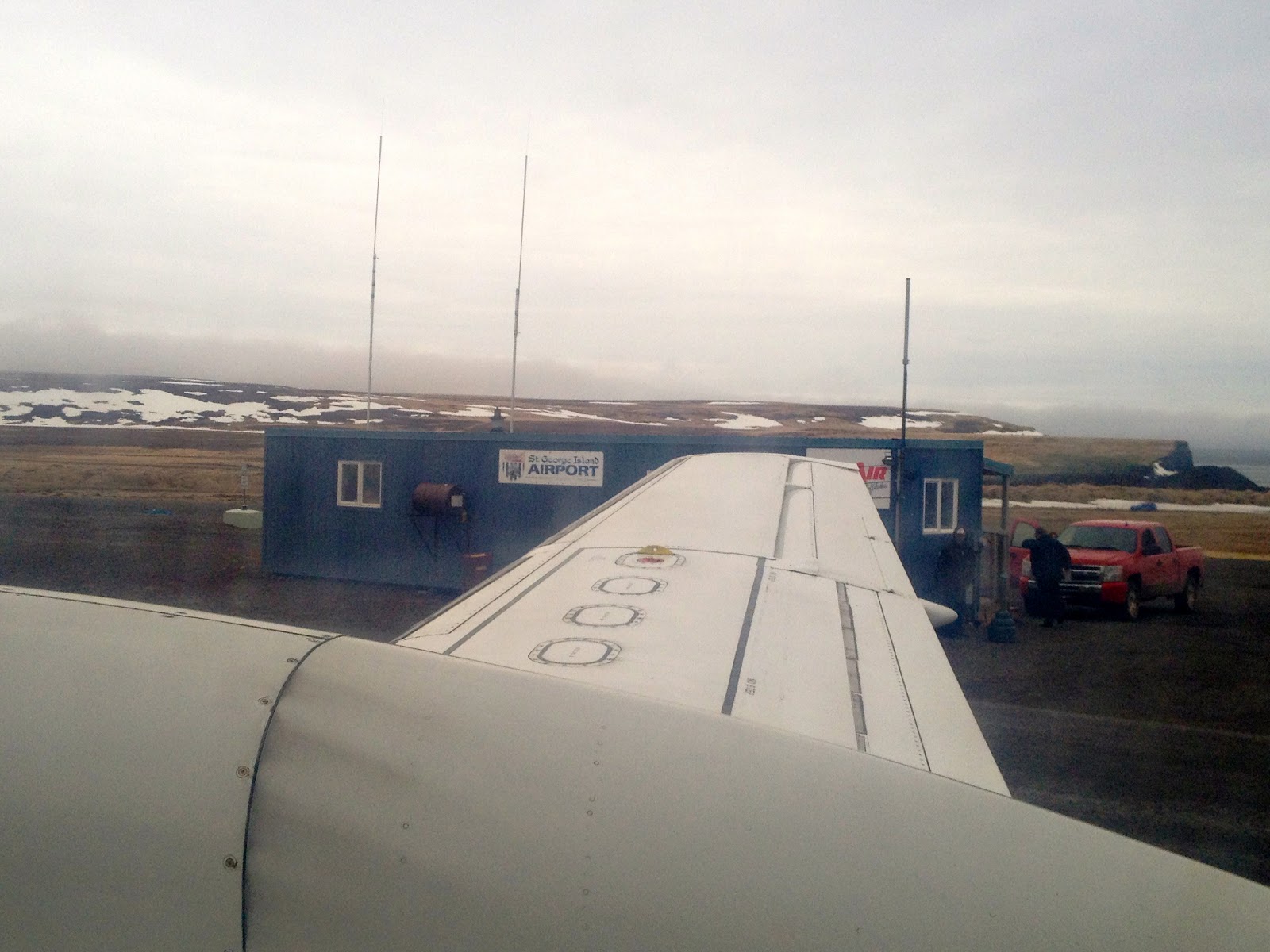 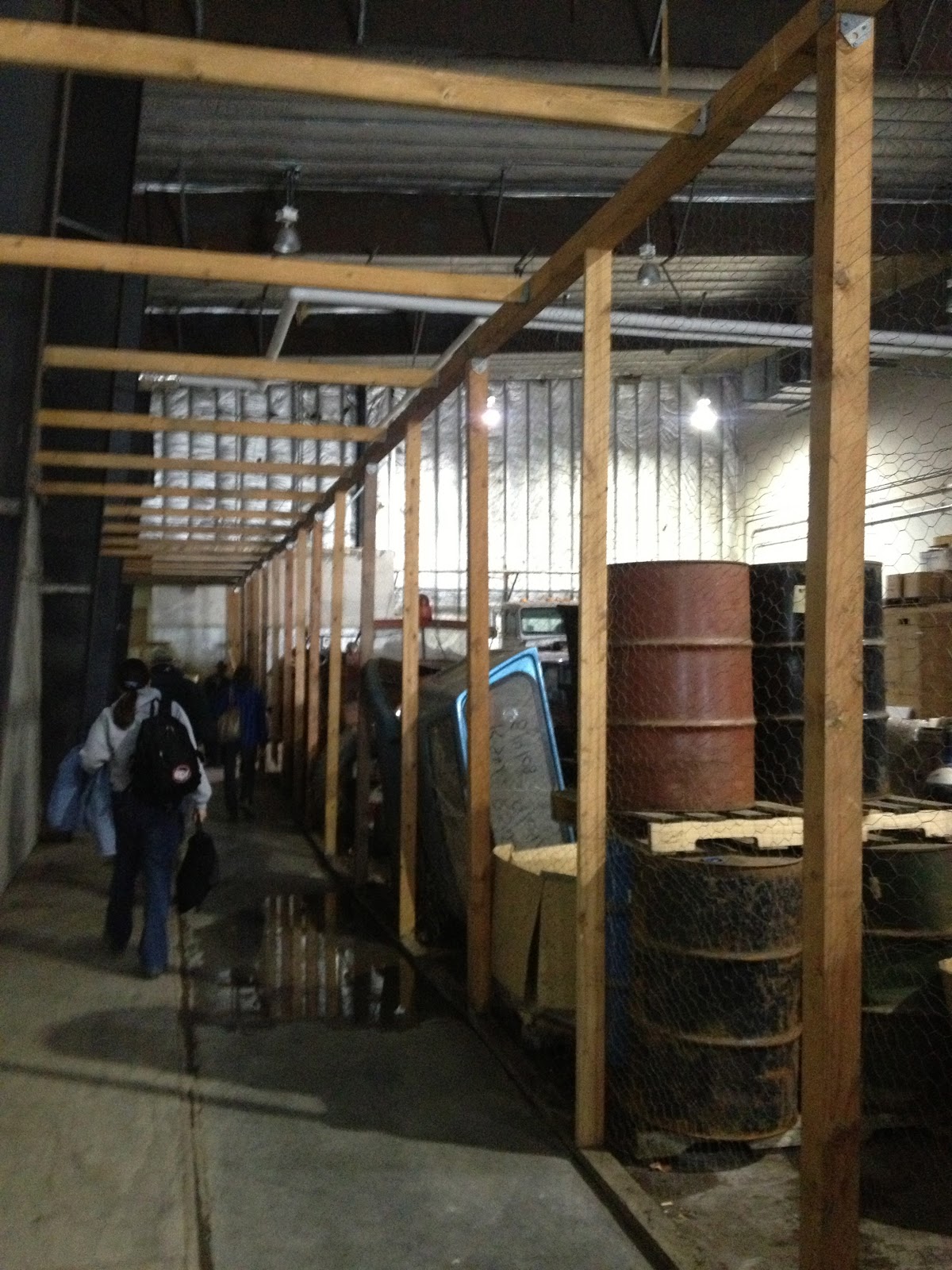 Once you're into the main airport, you discover that it's also the main "hotel" (The King Eider). More on this in a later post where I'll cover the fine dining options and luxury accommodation that is St. Paul.

The first thing to note about the Pribilofs is that they're cold. Bloody cold. It's the end of May, and it's barely in the 30s, with a biting cold wind. I am wearing all the clothes I packed, and I'm still freezing. If I could find some way to wear my backpack too, I would. But the birds don't seem to mind... 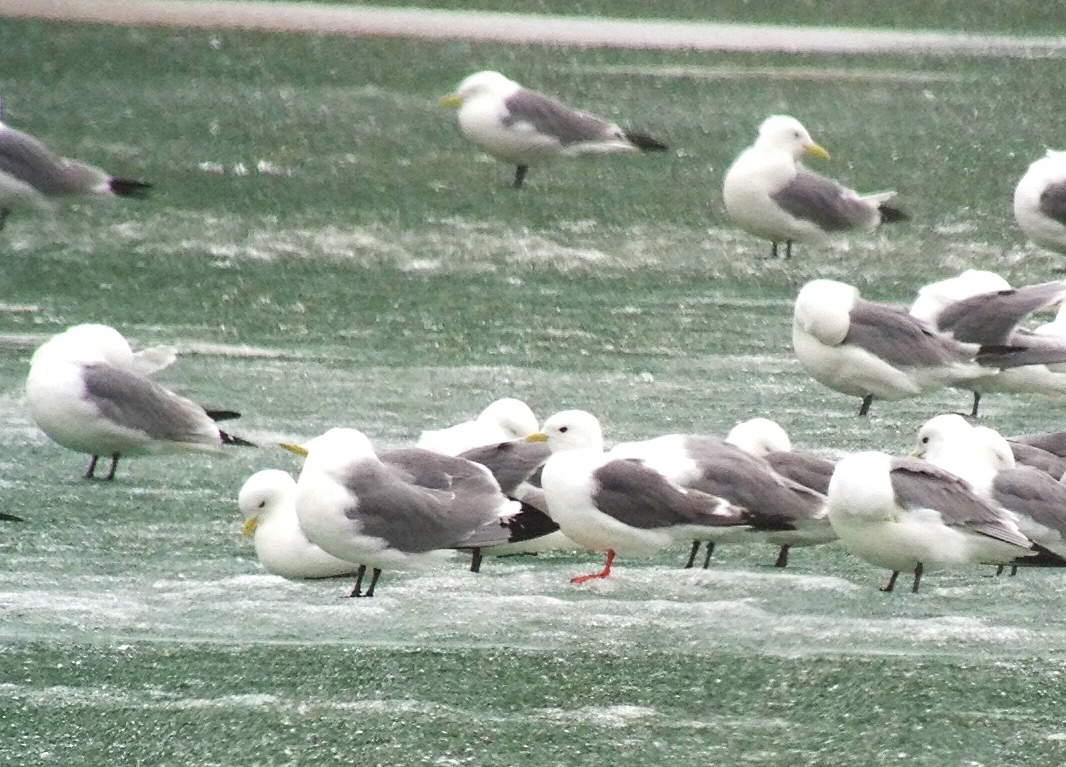 No prizes for spotting the Red-legged Kittiwake.

It's good to know the common stuff that you're likely to see as you drive and walk over the tundra. It's not hard - there are 4 breeding land birds: Rock Sandpiper (the larger Pribilofs subspecies), Gray-crowned Rosy-finch (again, a larger island subspecies), Lapland Longspur and Snow Bunting. After seeing these birds elsewhere, it's really great to see them in their nesting habitat - or, to be more accurate, in a barren, treeless, godforsaken place where breeding would be the last thing on my mind.

There's no food available on St. Paul. Mainly because there isn't really a shop to buy any from. Instead, we have a deal with the canteen at the fish cannery. There are 3 meals a day for the workers, and this is where we will be eating our meals. To simplify the primitive yet further, they had a fire in the cannery this week, which knocked out the electricity supply. The back-up generator is sufficient to still cook the food, but not enough to keep it warm, or us warm. So, like the rest of my Pribilofs experience so far, tonight's dinner was eaten while wearing all the clothes I brought.

But wait - I forgot to mention. As we're heading to dinner, we get a call from Scott (one of the birders on the island) to inform us that he's on a White-tailed Eagle. We turn around, race to the coast, and arrive just in time to see this... 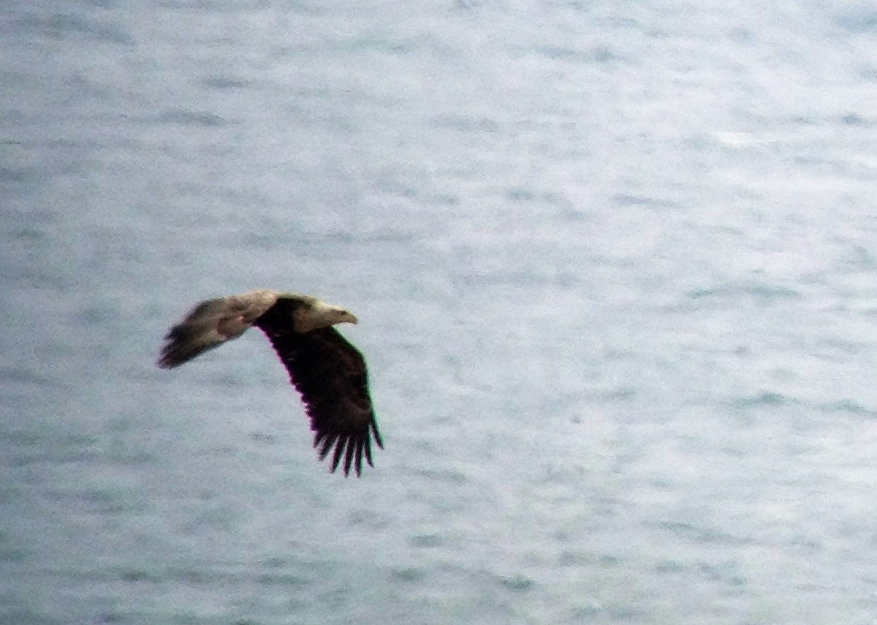 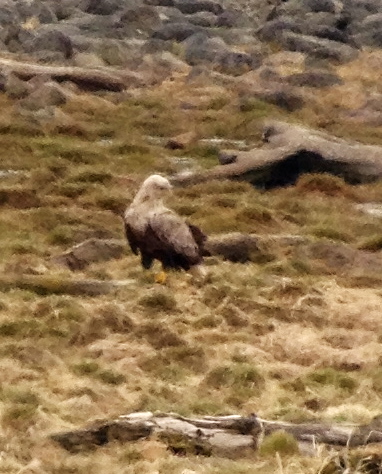 This is the bird we've all been hoping for - and we get it in the first 2 hours of arrival! This is likely a 4th or 5th year bird (almost an adult) that's been returning to the island for the past few years. A fantastic start to the trip!

After dinner, we check out the harbor, which is full of Least Auklets, a drake King Eider, a pair of Ancient Murrelets, Red-faced Cormorants, and this very cute Horned Puffin... 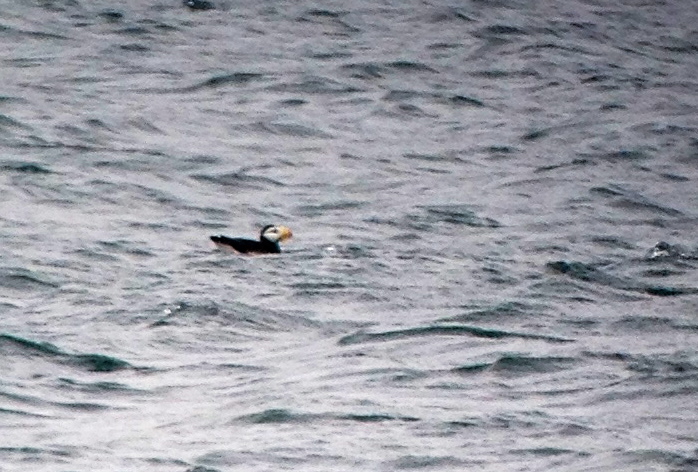 And from the cliffs we spot a few Crested Auklets - which, although not photographed, are notable for being #600 for my big year! It's taken me less than 5 months to see 600 species, and I'll be very, very lucky if I see another 100 in the next 7 months. Adding new species is about to get much, much harder.

The last bird of the day is one I'm excited to find myself. A beautiful summer-plumaged Brambling - a Eurasian vagrant, likely recently arrived from Russia. 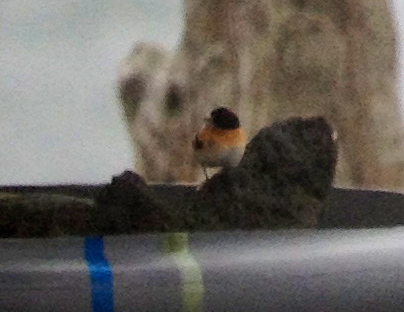 Brambling - taking shelter from the wind.

Wow - what a day! I'm writing this at 11:30 at night, and it's still light enough outside my window to watch the Lapland Longspurs and Gray-crownded Rosy-finches flitting about. 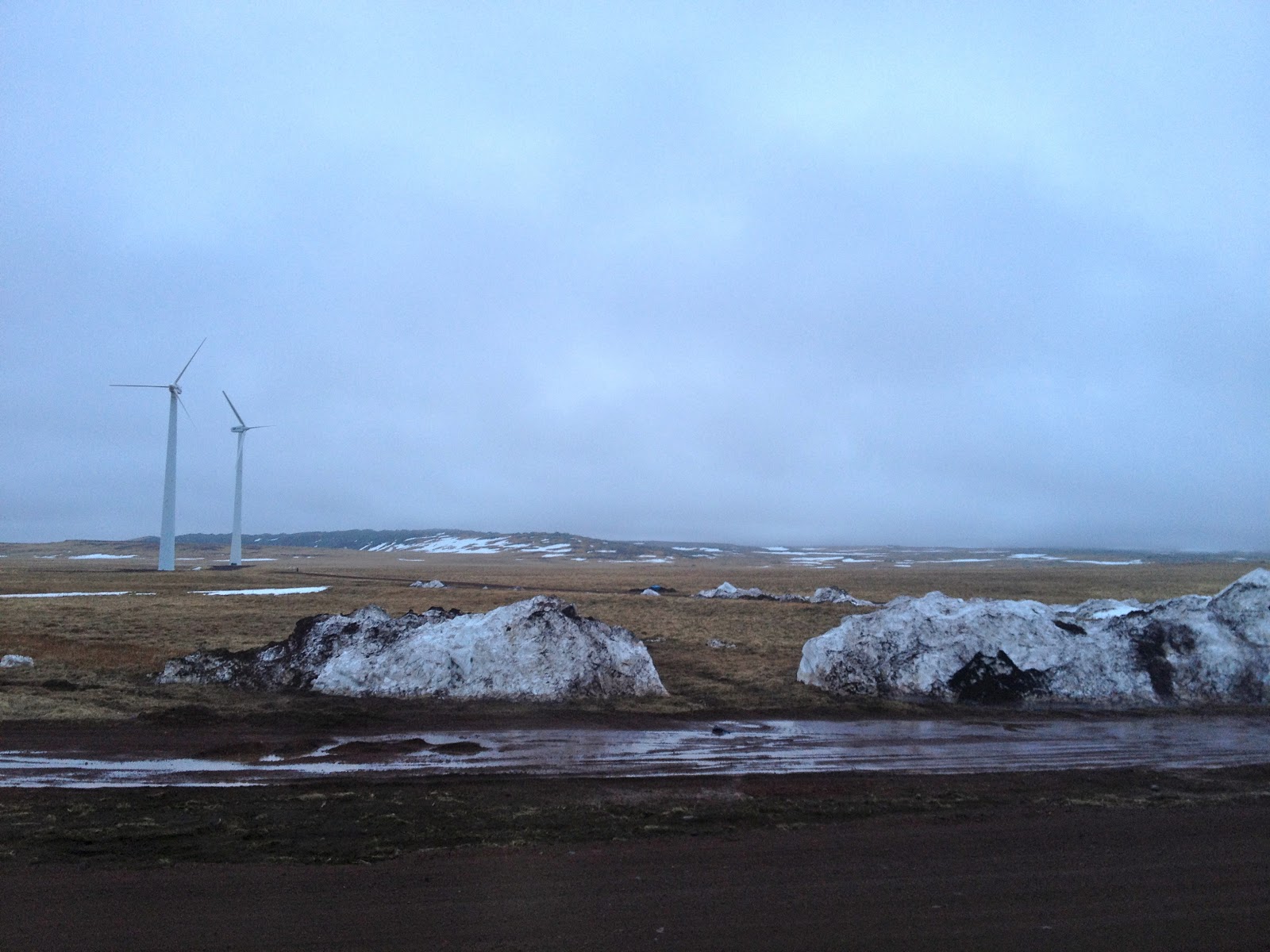