Logan is regularly ranked as one of the worst airports in the US - in terms of delays, food options, etc. It's really not that bad - although most of it is pretty old now and falling to pieces. But give me Logan any day over Fort Lauderdale - surely an airport that would appear at the bottom of that list! After the scare yesterday of almost missing the boat, I made sure I had enough time this morning, before my 6:30am flight to Texas (via CLT.) Unfortunately, having plenty of time is the last thing you want if you're sitting in FLL. There's nothing to do and nothing to eat at FLL - unless you want a massive ball of pizza. I set my alarm again, and lay down on the floor...

I drove out of Austin at noon - a long day ahead of me. I wanted to explore the Texas Hill Country - the rugged limestone and granite plateau to the west of Austin and the north of San Antonio. With a very thin layer of topsoil, this area is dry and prone to flash flooding. I was here to find two endemic species - the Black-capped Vireo and the Golden-cheeked Warbler.

Of course, this being Texas, no drive would be complete without running into a mock, scale-model of Stone Henge... 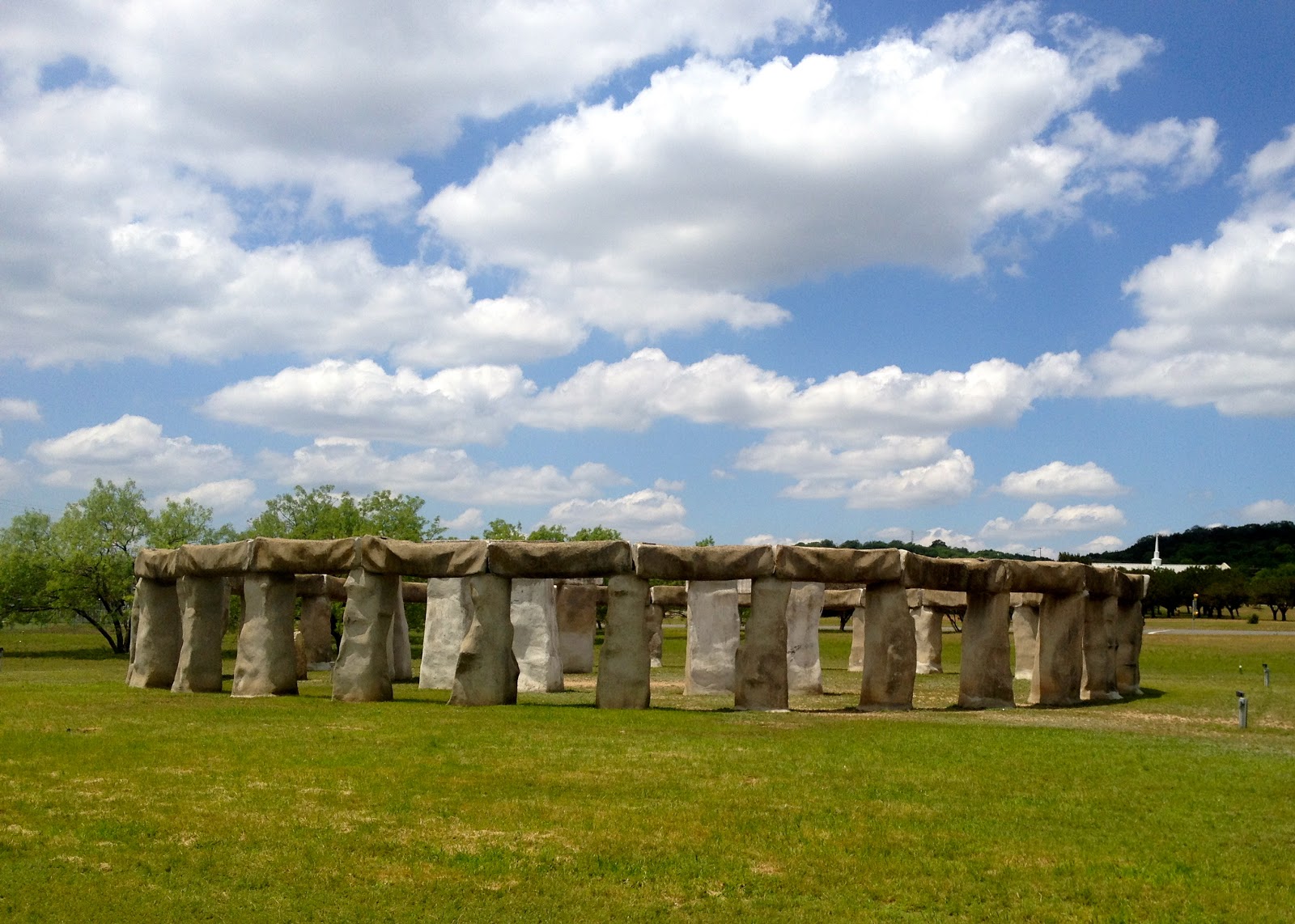 Not everything is bigger in Texas

The birding version of the out-of-place Stone Henge is this... 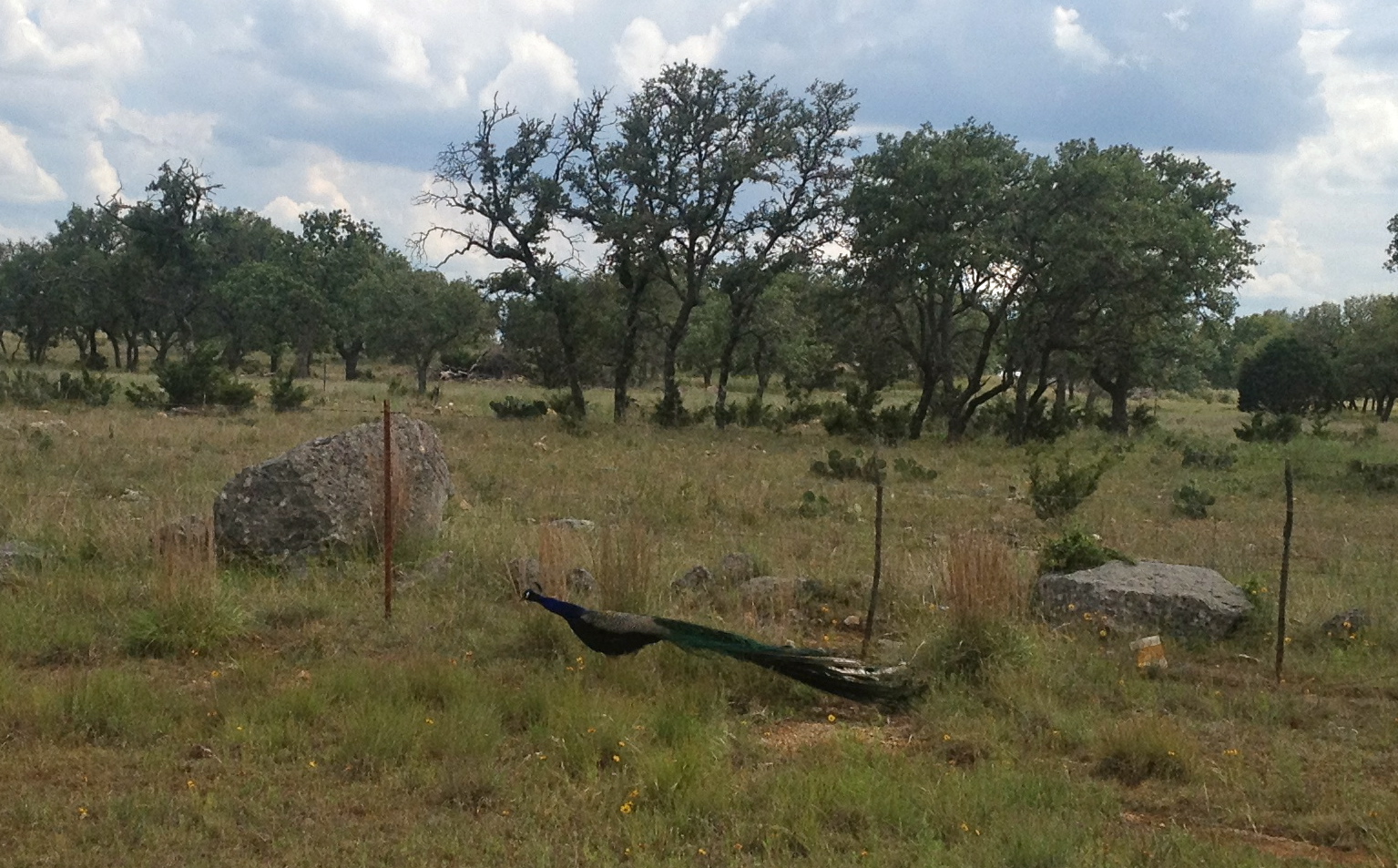 Black-capped Vireos like dense cover in which they sing and hide. Getting here in the afternoon meant they'd mostly be doing the latter without any of the (very helpful) former. Arriving at Kerr WMA I immediately started seeing sparrows picking at the dusty ground: Clay-colored (always a wow! bird), Field and Lark. But no vireos. I walked around for about an hour, and still no vireo. I decided to leave the main path and walk through the dense thicket areas. Almost immediately I flushed a bird that had a vireo look about it (which wasn't conclusive since I'd also had White-eyed and Yellow-throated several times.) I tracked the bird into an adjacent thicket, and just got enough movement to get my bins on it - Black-capped!  I watched it for a few seconds, partly obscured by branches and leaves, before it flew out to find somewhere else to hide. I never heard it sing, but the lovely black cap and white lores were enough.

The Hill Country is beautiful - especially at this time of year, when the roadsides are richly carpeted in wild-flowers... 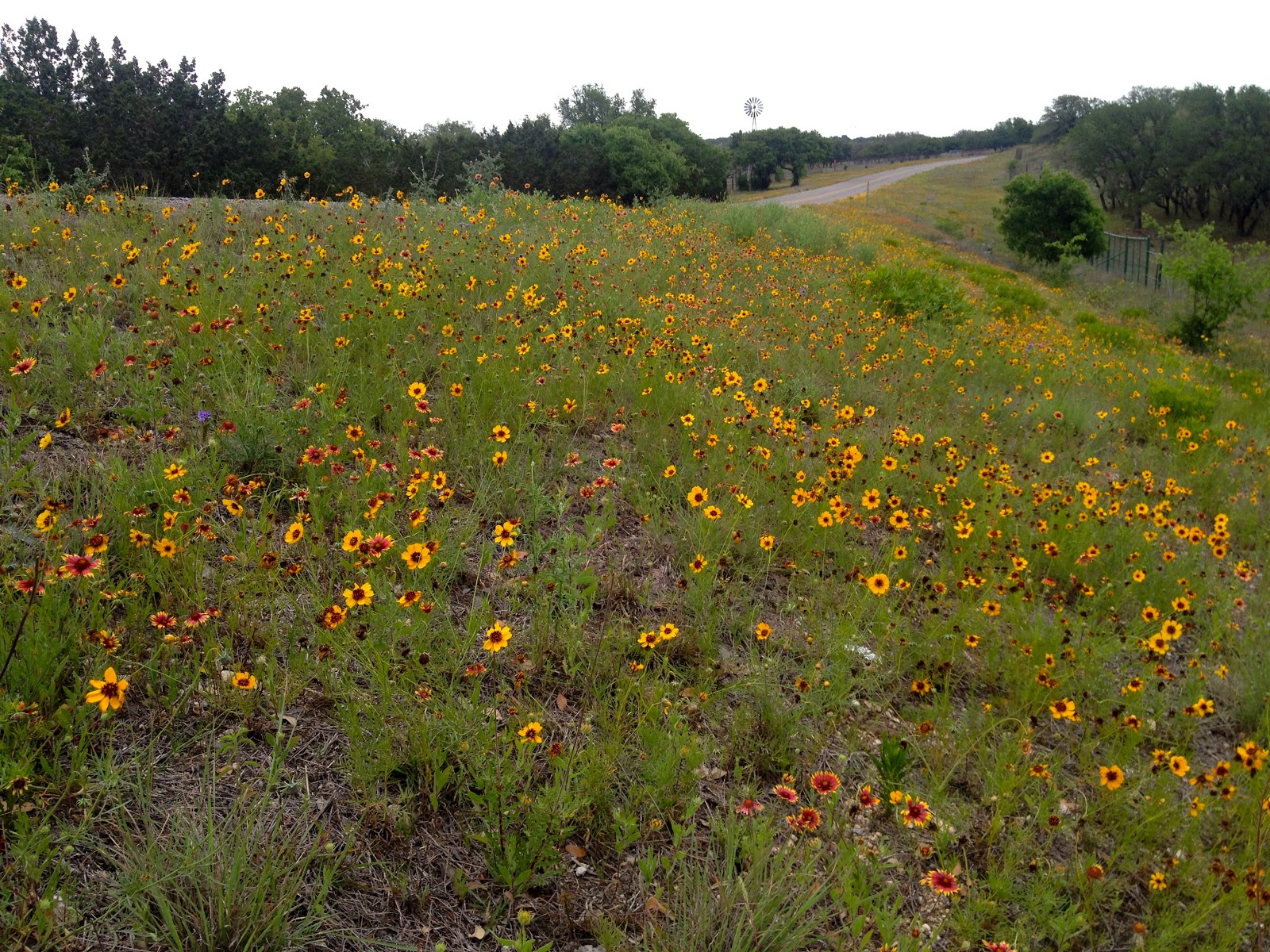 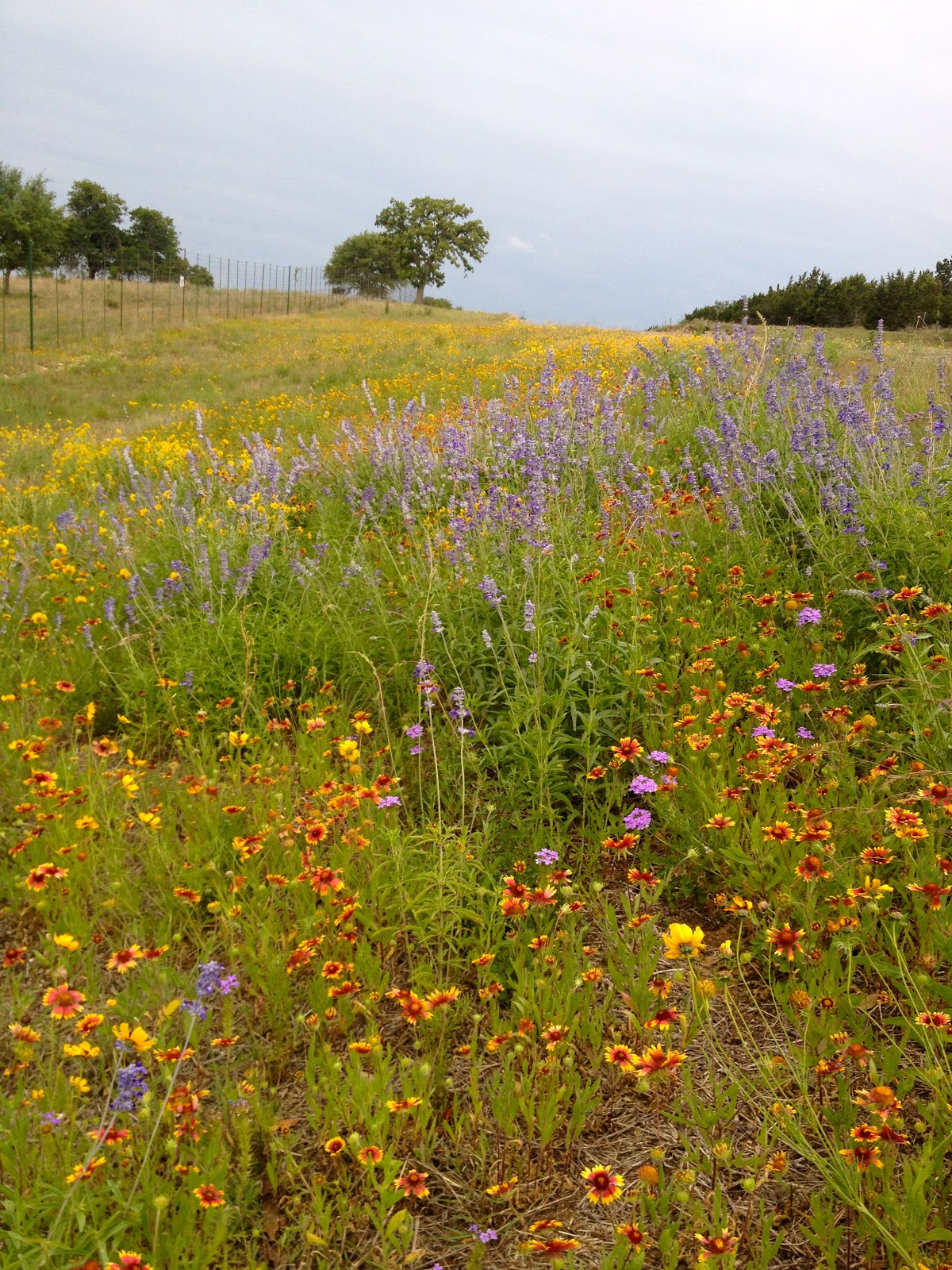 Lost Maples is *the* place for Golden-cheeked Warblers. Well, *the* place if you're there in the morning in the spring, when the only thing you can hear is Golden-cheeks singing. If you're there in the afternoon while they're on nests, forget it. The place was completely dead. I walked the mile or so along the East Trail and saw no warblers. I did, however, find a very excited Acadian Flycatcher singing it's little olive-colored head off - "peet-sup!" He must have just arrived (flycatchers are among the latest of the spring migrants - many of them are just starting to arrive now.)

I turned around, and started the walk back, mentally calculating how to incorporate a return trip back here during my 4 days in Texas - which given the huge distances, wasn't very likely.

If you didn't know - I'm a fast walker. That might sound like a good thing, but invariably it isn't. It means you spend most of your normal life stuck behind slow walkers (when are we going to get fast lanes on the side-walks?) In birding, it means you can zip through a place and miss birds. Which is why I always have to remind myself to stop: one of the best strategies in birding is to let the birds come to you. After actively exploring all the trees on the trail, I did just this - I stopped, sat on a rock, and waited. I'd been straining so hard for the past hour or so listening for the distinctive rattle of the Golden-cheeked song, that when I heard it, I almost thought I was playing it in my head. Soon after a bird appeared, and I got great views of a male Golden-cheeked Warbler - one of our rarest breeding warblers. The black and white of the back and belly is set off by the shocking golden-yellow of the face. A thin black line extends through the eye, giving the bird a pensive, almost frowning look. A real stunner of a bird!

I left Lost Maples at 6pm, and drove the 5 hours and over 300 miles to Alpine - a small desert town in West Texas. When I arrived, there was no place to eat or drink, although I was so tired I just flopped down into bed. I'd need my rest - tomorrow I'd be hiking Big Bend - one of the most dramatic of American state parks.