Is nothing sacred from the insatiable Texan need to add bacon to everything? This time I'm talking about breakfast at the Best Western - scrambled eggs, liberally sprinkled with bacon. Yeah, I'm apparently in the tiny minority of people that don't want to have meat added to everything I eat. If not for the sealed containers, I'm sure the yoghurt would have suffered a similar adulteration.

Today was a rare treat - I'd actually be staying in the same hotel 2 nights in a row. Which also meant minimal driving. After the hectic past few days, I was looking forward to a more relaxing day of birding around McAllen. Target birds included: Green Parakeet (which I'd missed on my last visit), Ringed Kingfisher (ditto), and any migrant flycatchers I could pick up.

There are generally two strategies for Green Parakeets - get them early at one of the wildlife refuges, or find them in the evening in a massive urban roost. I'd tried the latter last time, devoting a mindless couple of hours to driving slowly up and down busy 10th street. Desperate to avoid a repetition of this, I headed to the grounds of Quinta Mazatlan, one of the largest adobe mansions in Texas, where a pair is often seen on the morning bird walk. As soon as I arrived, I found a group of raucous parrots: the Red-crowned of the night before. But no Green Parakeets. Chachalacas were all over the feeding station, whining and crying, and generally doing a pretty convincing impression of my cat, Khiva, who's also a bit of a prima donna.

Missing the parakeet, I headed to Bentsen, a large state park right on the border. They don't allow vehicles there, and instead provide a trolley for lazy birders who can't be bothered to walk the few miles around the refuge. 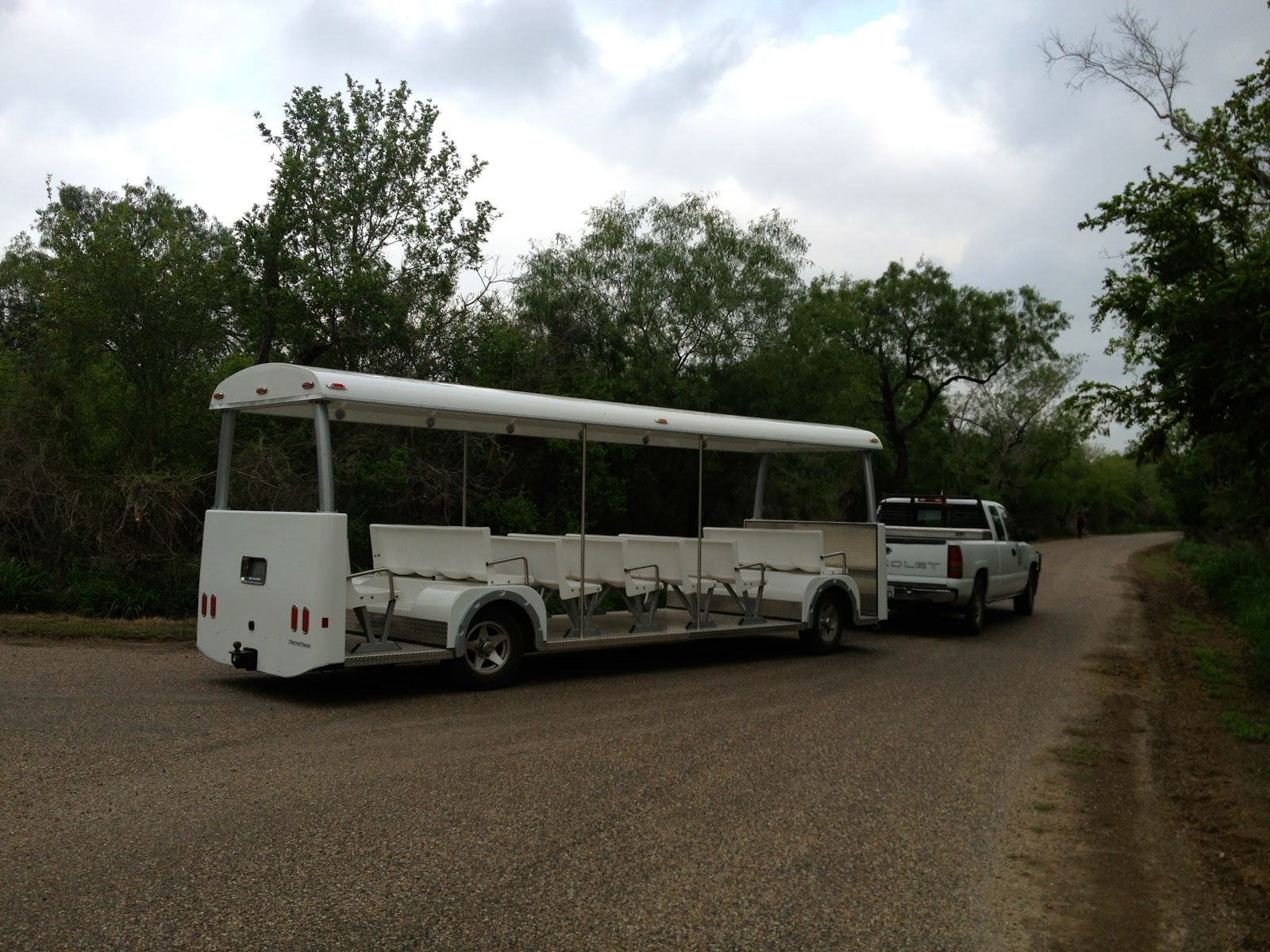 Eschewing the trolley, I walked out to the viewing platform, hearing a single Alder Flycatcher on the way. The rest of the park was dead. The observation tower is the site of the popular spring morning hawk watches, when hundreds of Mississippi kites lift off from the early morning fog, heading north. I was too late - both time of year (most have already passed through) and time of day, so I had to imagine the spectacle.

It was hot and very humid, and I was being attacked by unremitting mosquitos. As I staggered uncomfortably back to the car, some two miles away, I cursed the absence of the trolley, which now didn't seem like such a ridiculous luxury! But, like the birds, it remained hidden for my entire walk back.

Santa Ana is similar to Bentsen - but muddier. And spookier - many of the trees are shrouded in Spanish Moss. 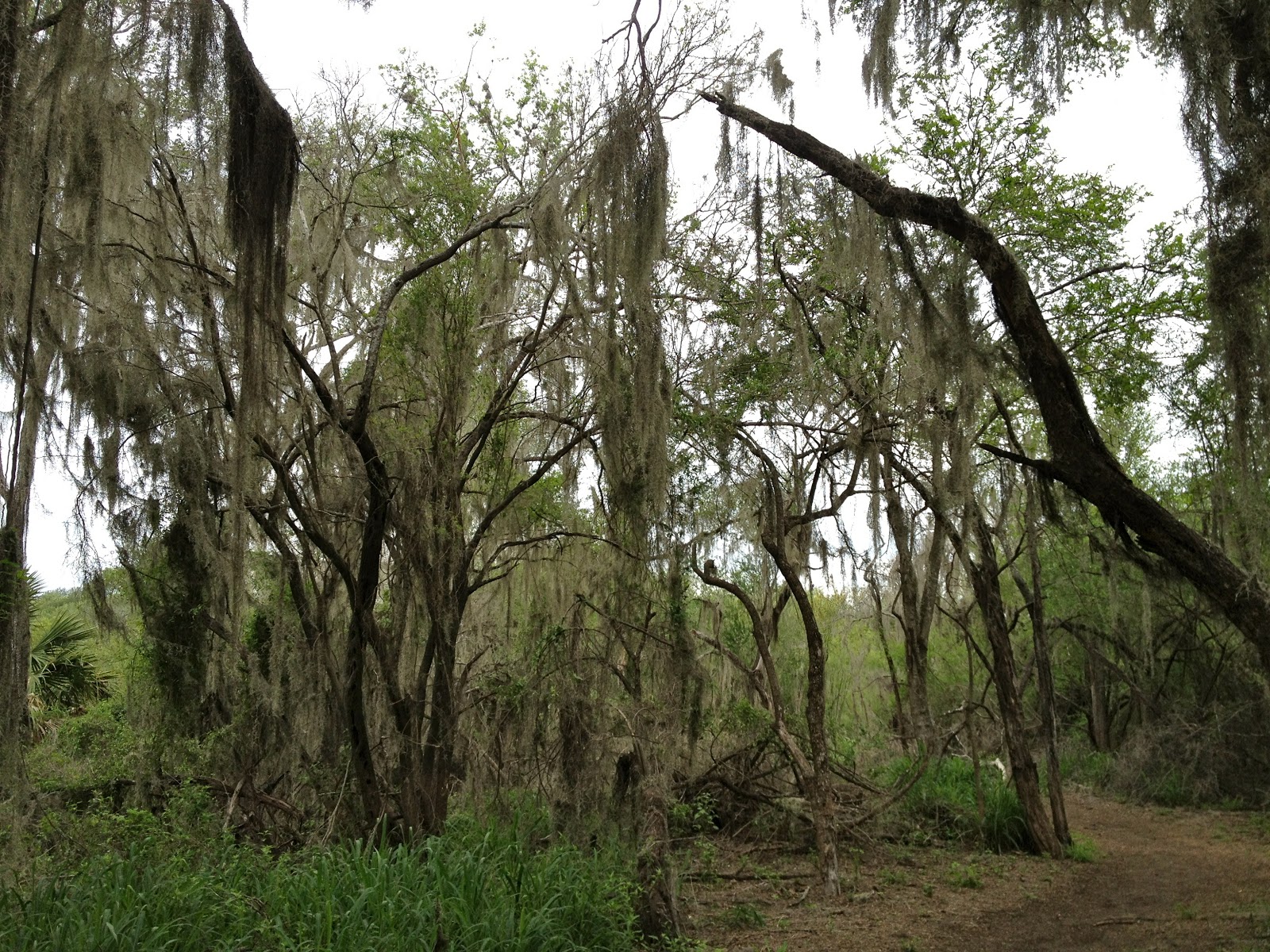 Santa Ana was also more birdy - I had several Willow Flycatchers, and a beautifully bright Yellow-bellied Flycatcher. But still no Ringed Kingfisher. One of the best spots for that was Estero Llano - although this was one of the places I'd missed them last time. I spent the afternoon checking out the Alligator Pond (appropriately named) and the canal, but again with no luck. This was a big miss - I was out of places to try, and Ringed Kingfishers are only found in south Texas, so if I wanted to see one, I'd have to make a return trip. Looks like I'd picked up another nemesis bird.

After an all too brief but very welcome afternoon nap, I headed out to 10th street for the evening Parakeet search. Have I mentioned how much I hate looking for parrots? Driving slowly up and down busy urban streets trying to ignore the horn-blowing bastards behind you. The only difference this time, was that I had a new location to try: the birds had recently been seen around Lowe's - the home improvement store. Maybe the birds were in the market for some new nesting material?

I pulled up to Lowe's 90 minutes before sunset, ready to wait it out. I was surprised when I immediately started hearing screeching noises, and saw the overhead wires covered in resting birds. Green Parakeets! Perfect timing! And it was - the birds were gathering for a pre-roost. 15 minutes later, the whole noisy flock was airborne, winging its way to some other part of the city. 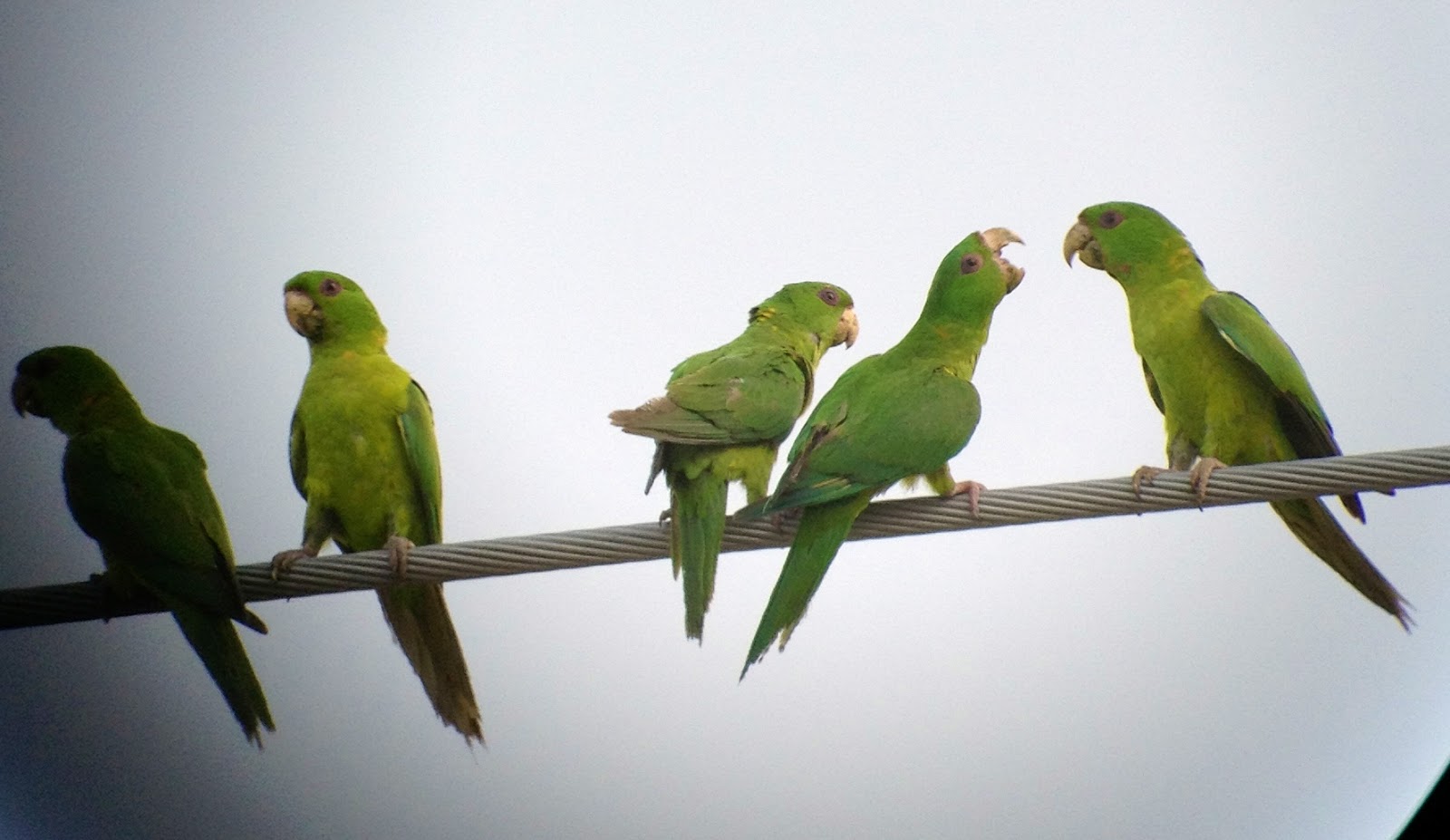 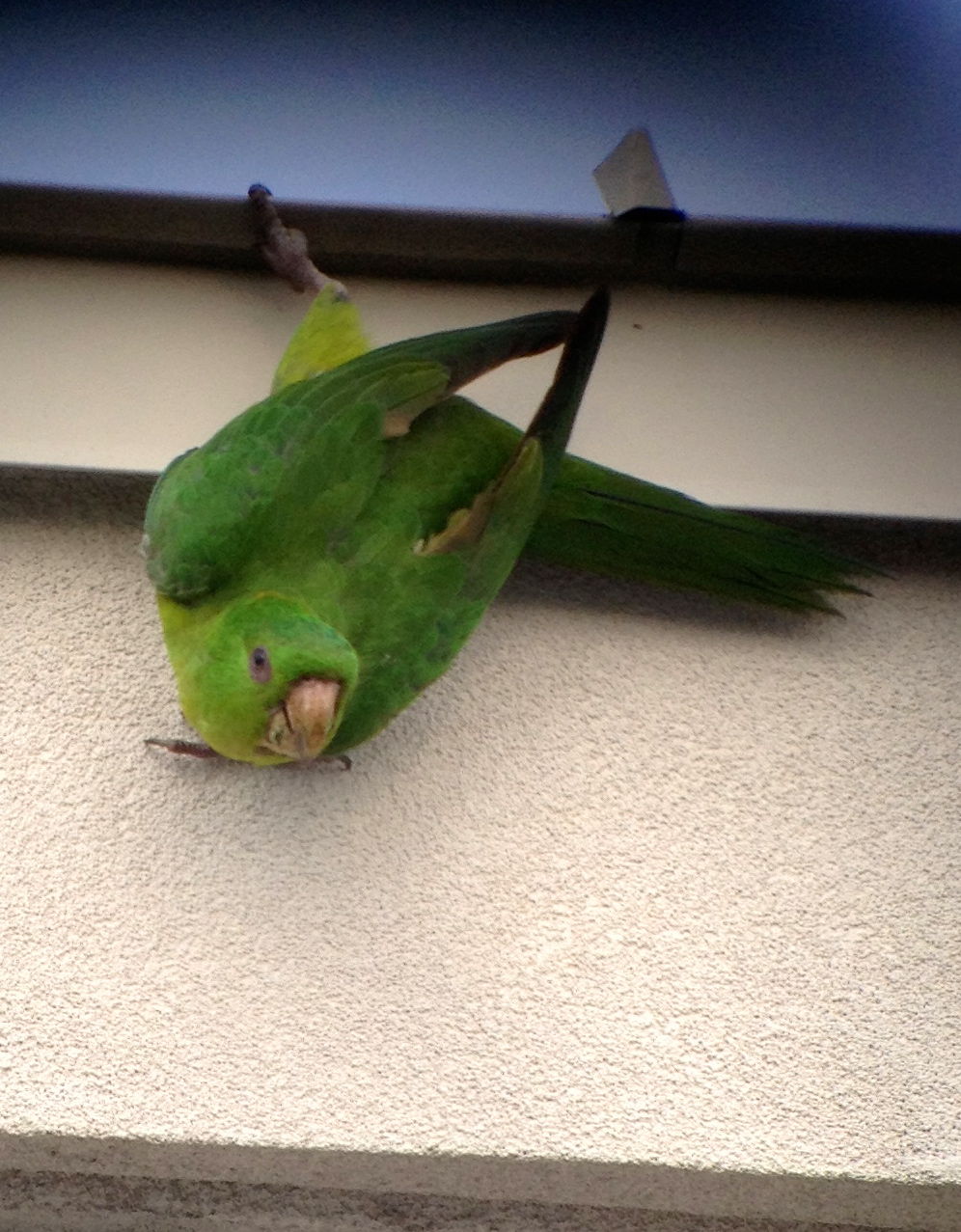 
An earlier than expected end to the day left me more time to find that rare delicacy of south Texas - the non-bacon meal.