Well - I'm back in Anchorage. The volcano has abated, and flights to St. Paul have resumed. That's the good news. The bad news is that I don't have a confirmation on a flight until Sunday. That's *another* 2 days. In a desperate attempt to reduce the misery, I flew from Homer to Anchorage this morning just so I can be on the standby list for today's flight to St. P (flights are Weds, Fri and Sun.) It's fully-booked (of course), and chances are not looking good (of course)...

So - to stop myself pulling all my hair out I thought I'd write an update.

I've had a good time in Homer - trying to ignore the photos of White-tailed Eagle and Ross's Gull (!) coming from St. Paul, and the Common Ringed Plover (!) back home in MA. On Weds, we took a boat trip around Kachemak Bay to find some alcids, including the Kittlitz's Murrelet. This is where the Time Bandit lives - the ship from the TV show "The World's Deadliest Catch" which goes out fishing for Alaskan King Crab. Allegedly. I've never seen the show, so don't write in with complaints if I'm wrong! It was a beautiful day - thankfully not the World's Deadliest Catch weather. The water was like a mirror - perfect conditions for finding distant tiny seabirds. The only decent photo I managed to get was of some very close Surf Scoters.. 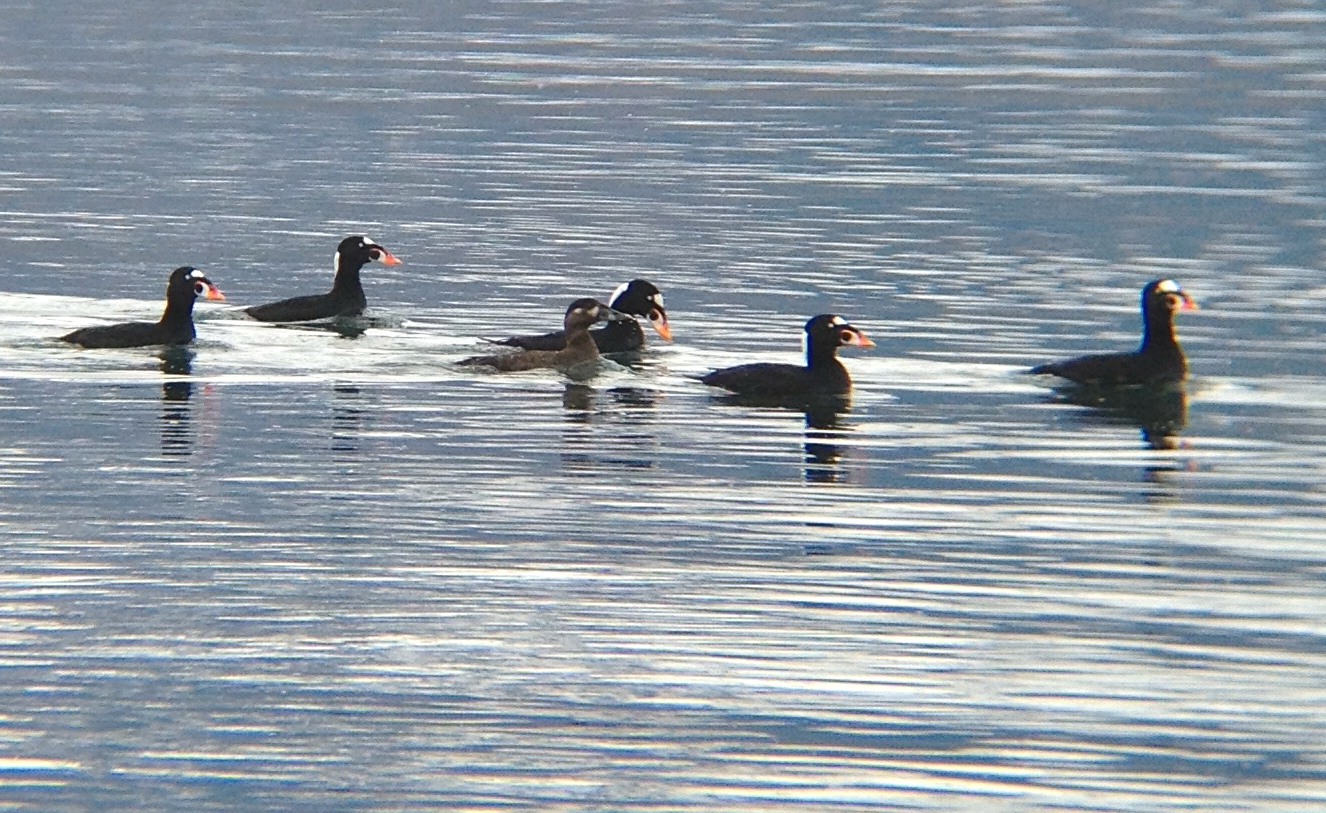 ...but we also got good views of Aleutian Tern, Marbled Murrelet, Pelagic Cormorant, Black-legged Kittiwake - and the star of the day, the Kittlitz's Murrelet. Our captain, Carl, found one in breeding plumage - they're pale chocolatey brown, with an obviously larger eye than the similar Marbled Murrelets. It's proposed that Kittlitz's are adapted for more turbid water, and require better vision than the Marbled which feeds in clearer water - hence the huge eyes!

We then headed for Gull Island - which should more properly be called Common Murre Island (or even better, "No Red-faced Cormorant Island) - there were probably at least 10,000 of those guys. 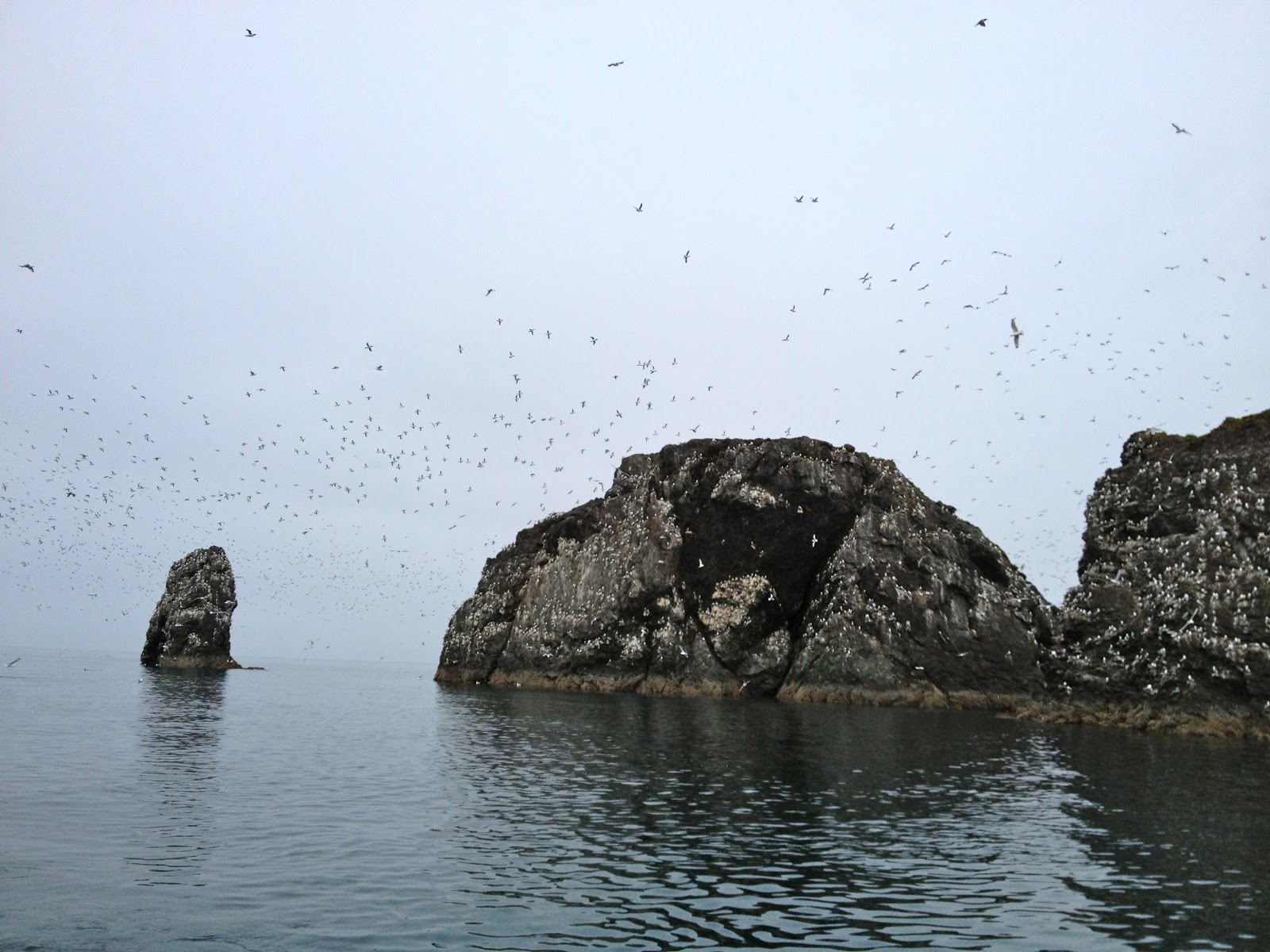 Gull Island. The clouds of birds are Kittiwakes and Common Murres.

We had great views of Tufted Puffin near the island, as well as the dizzying clouds of Murres. We missed a few birds - Red-faced Cormorant, Horned Puffin (of which I later got unsatisfactory views from the shore) and Yellow-billed Loon - but with the unforgettable spectacle of all those noisy, whirling birds it was hard to feel cheated.

Thursday, we went back to Anchor River and got even better views of the Bristle-thighed Curlews (still there.) 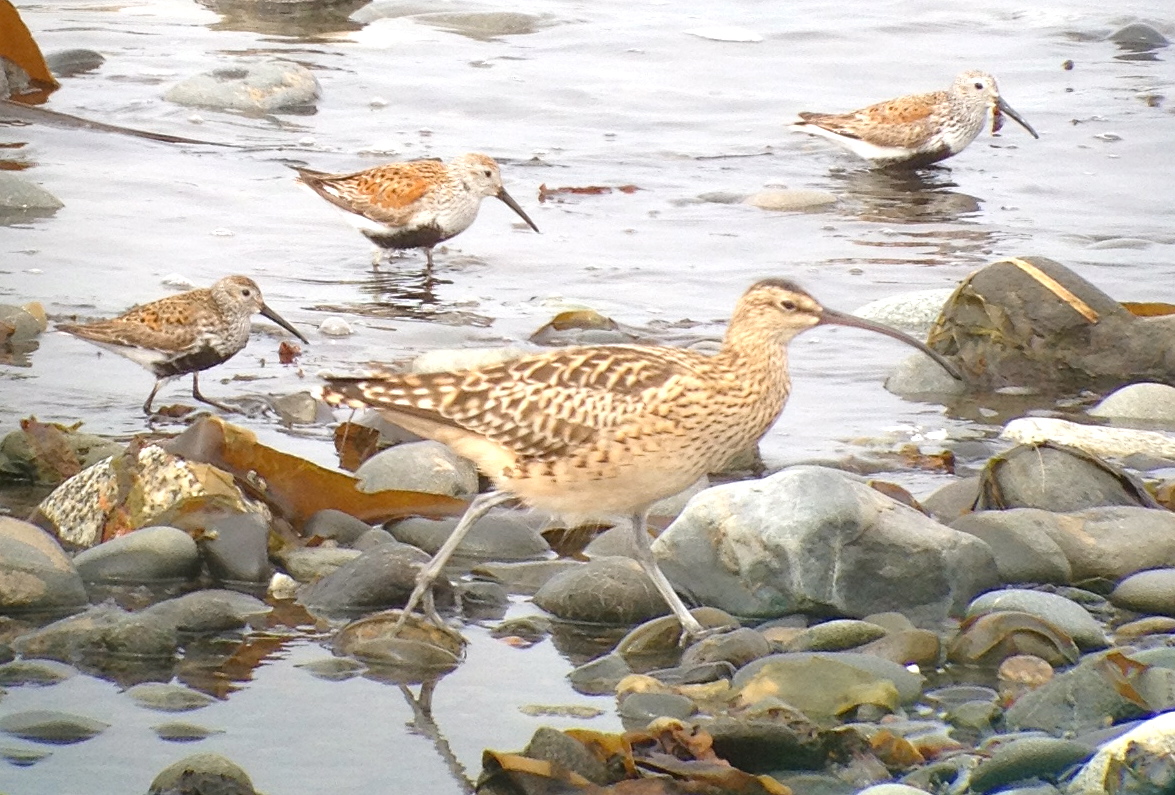 We've also had amazing views of American Golden-plover, which we never see in breeding plumage on the east coast...

It's great seeing shorebirds like this in their summer garb, and on breeding territory, like this Greater Yellowlegs... 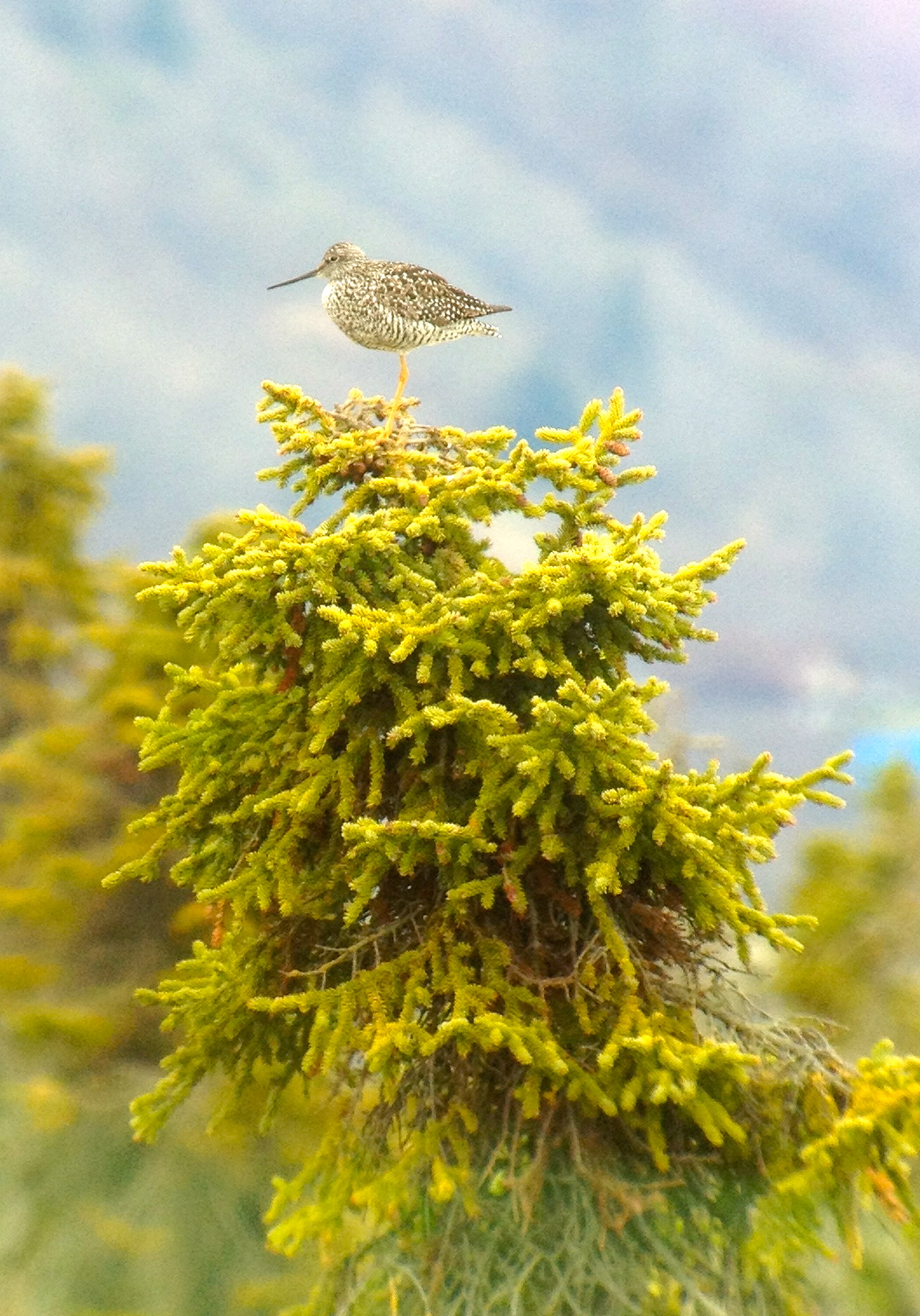 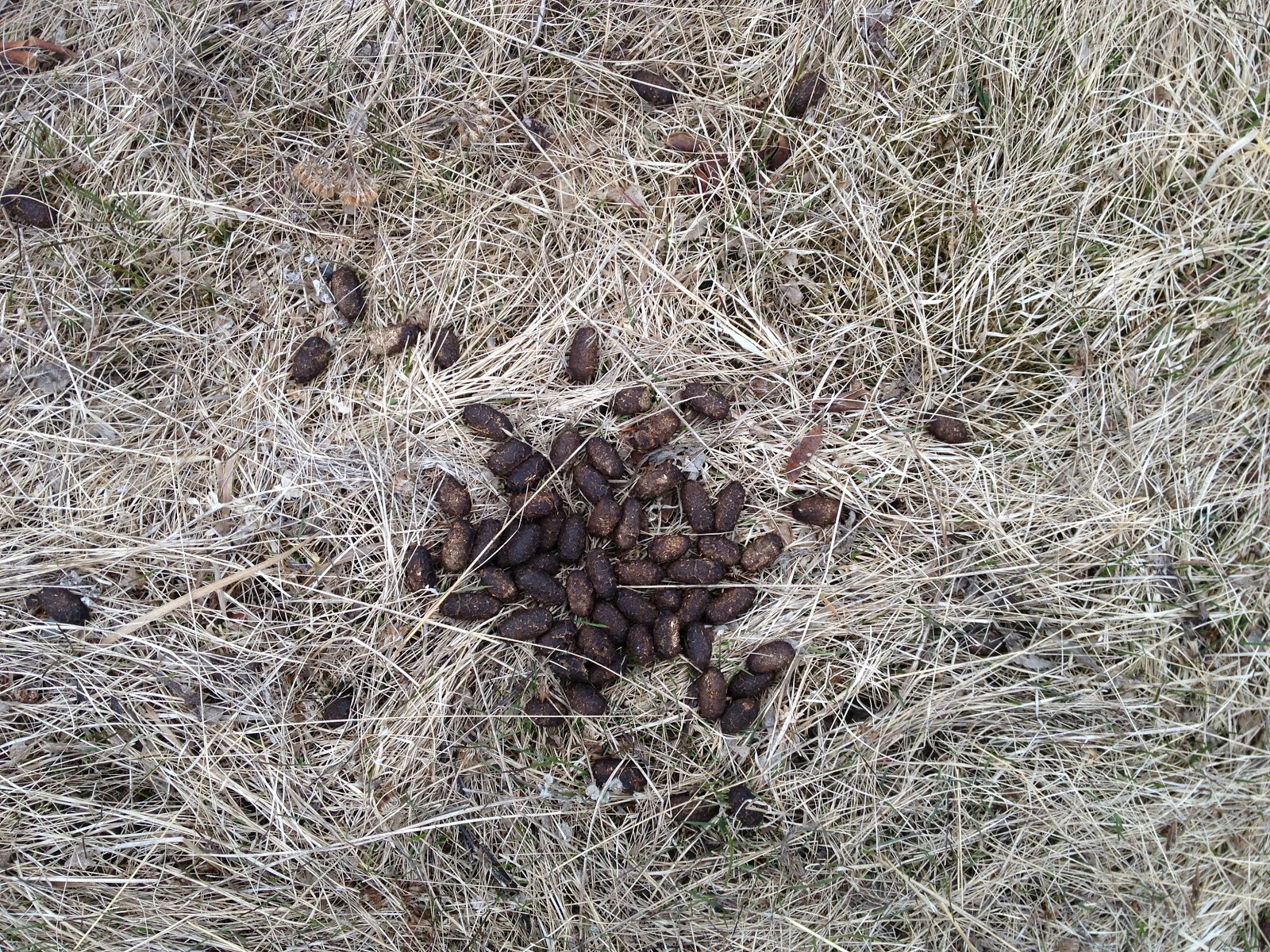 which comes from this... 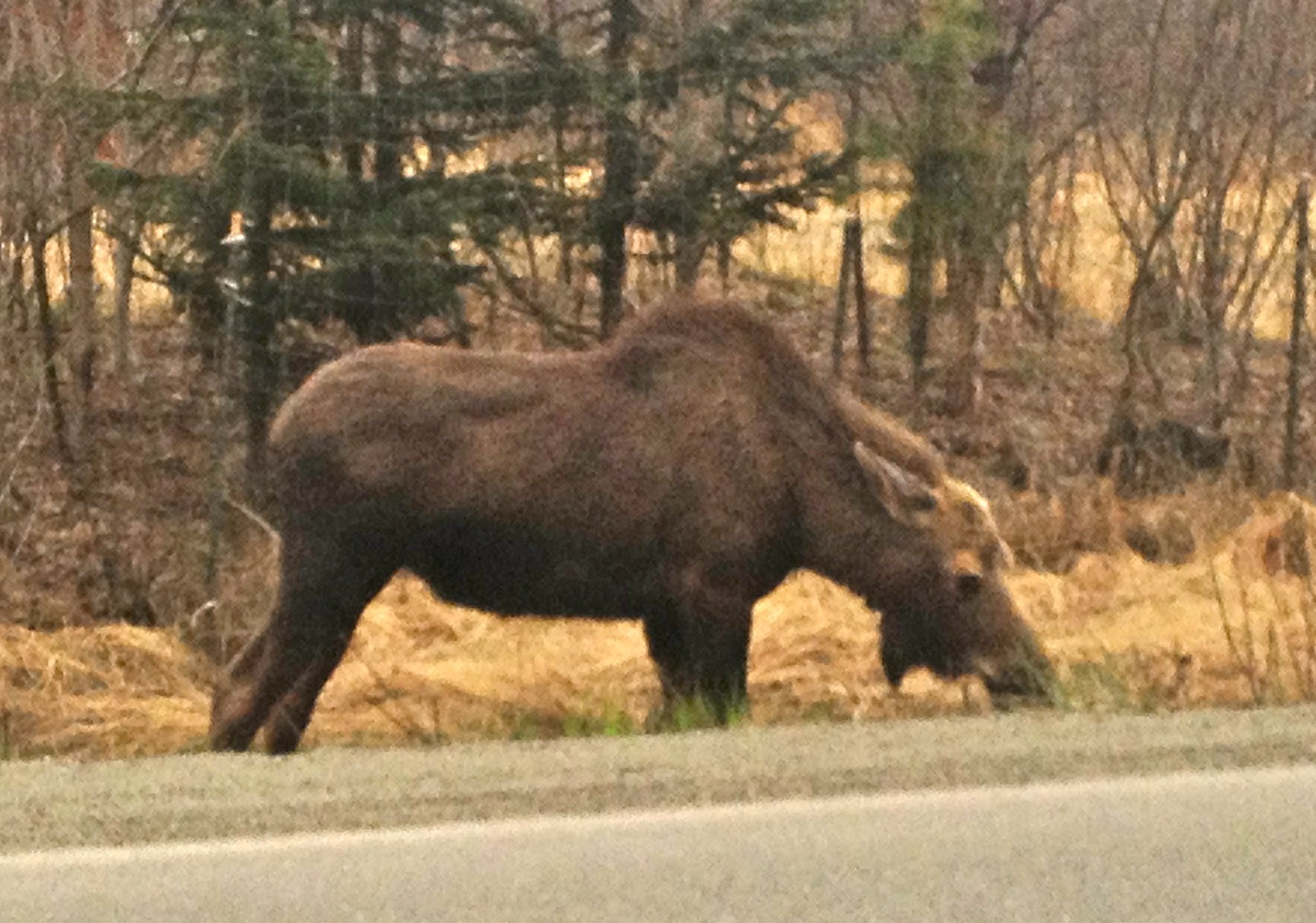 It was a great Plan B trip. Thanks to the group for making it such fun... 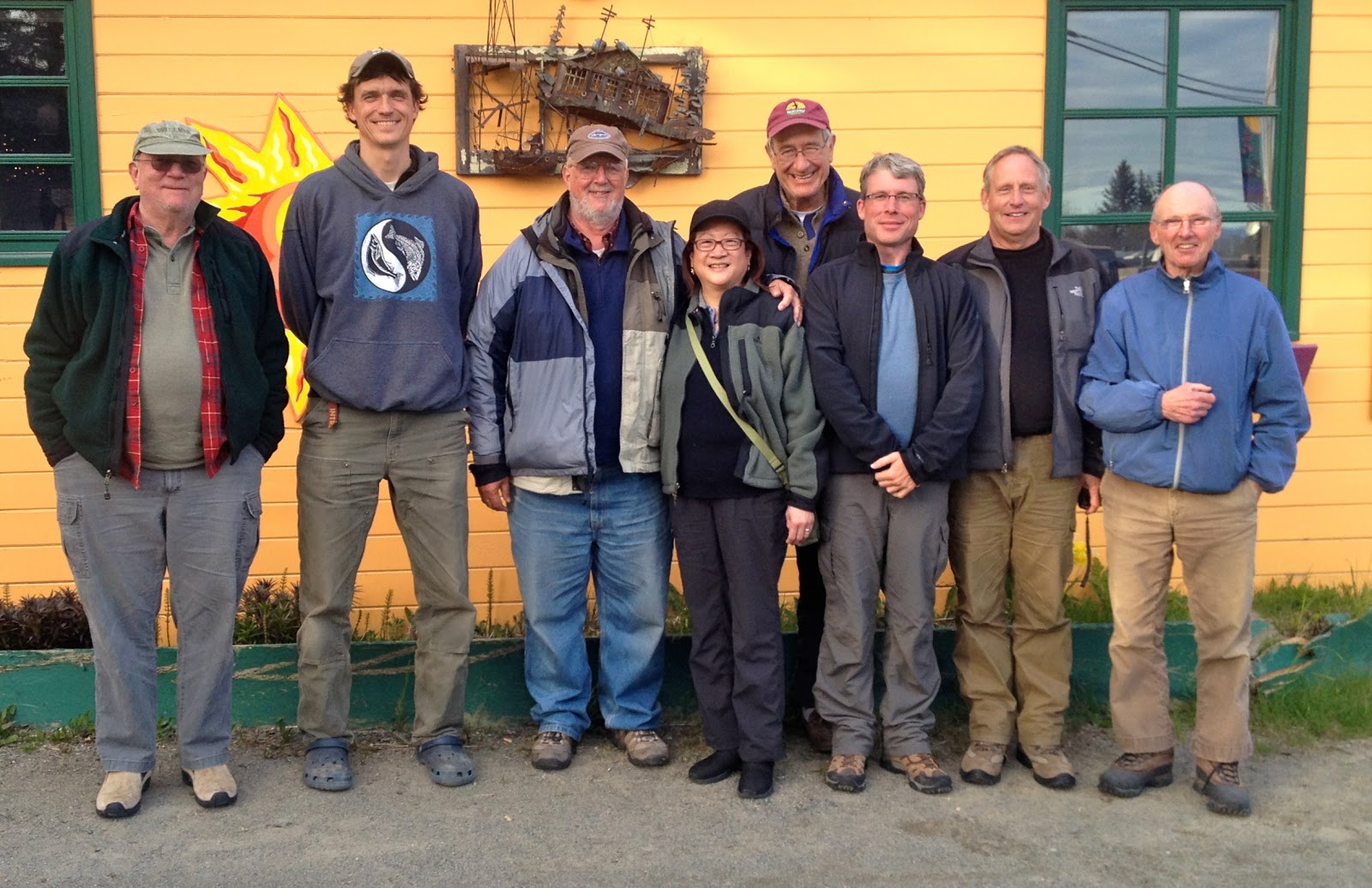 OK - back to pulling my hair out. Still waiting on standby...