When there aren't birds to watch, there's plenty of other wildlife to enjoy on the Pribilofs.

St. Paul is one of the most important breeding sites for the Northern Fur Seal (Callorhinus ursinus.) They're named after the think fur pelt, which has an astonishing 300,000 hairs per square inch. Up to a million of these giants (males can reach up to 7 foot in length and weigh up to 600 lbs!) come to the island every summer to breed. From June, many of the beaches are one continuous mass of seething blubber. The alpha males - the Beach Masters - are the first to arrive. These guys attract a harem of up to 40 females - which invariably leads to lots of quarreling, hitting, biting and shoving. You know, the usual harem issues... 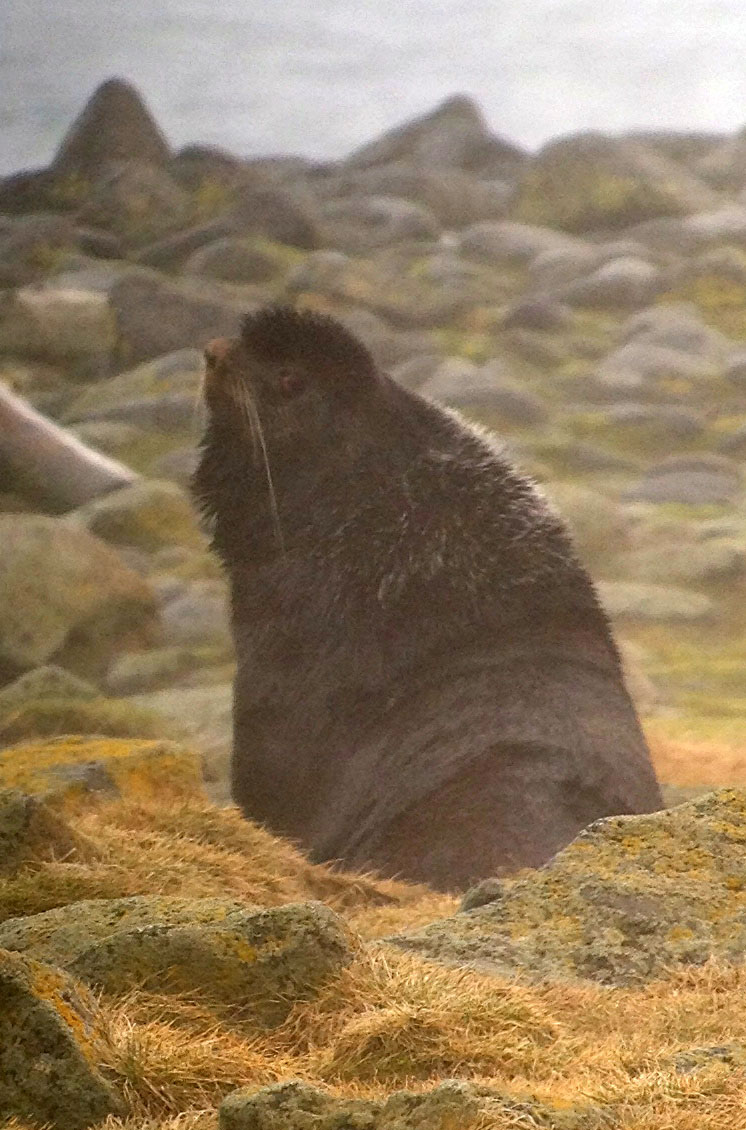 The Fur Seals are protected now under the Marine Mammal Protection Act - and for good reason. They were once extensively hunted for that hairy pelt. It was one of the main reasons why the US was keen to purchase the whole of AK; by the early 1900s, the tax on fur seal skins alone covered the $7.2 million Alaska Purchase (1867.) It's estimated that in the first 20 years 2.25 million seals were killed, mostly on St. Paul - and mostly females, which resulted in the deaths of their dependent pups, as well as future reproductive potential. (Today there are believed to be less than 1 million fur seals in the whole of the Bering Sea / Pacific.)

We also saw some Harbor Seals, and Steller's Sea-lions. Sea Otters used to be common here (hence "Otter Island" - to the south-west of St. Paul) but were hunted to local extirpation. So now they're not very common!

We saw Arctic Foxes daily - often around "town" or out in the tundra gazing at the seemingly cautious and inaccessible birds. This population doesn't appear to turn very white in the winter: all the foxes we saw were red, like this one… 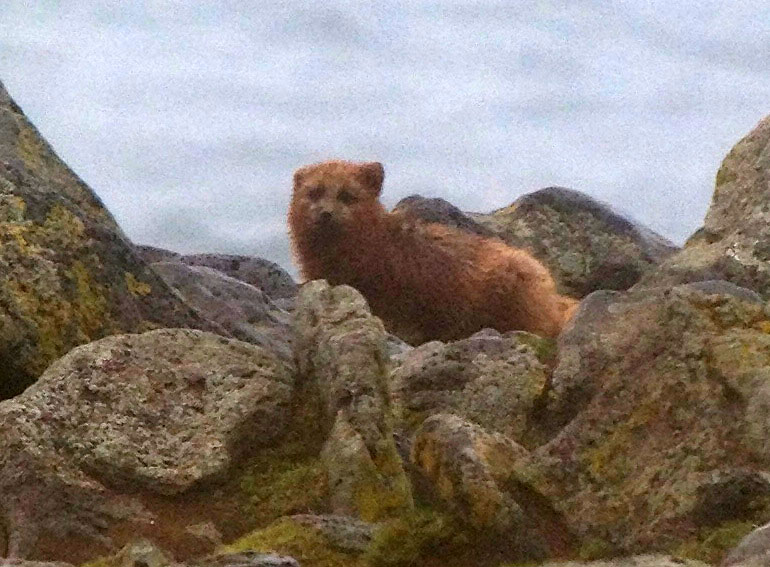 Arctic Fox - looking hungrily at a flock of 122 (!) Bar-tailed Godwits.

St. Paul has a small population of Caribou. These were introduced from a Russian stock of domesticated caribou (i.e. reindeer) so I guess, technically they're still reindeer. They don't seem to do well in severe winters - like the one previous to this year, when their numbers plummet and the locals stop hunting them to allow a recovery. 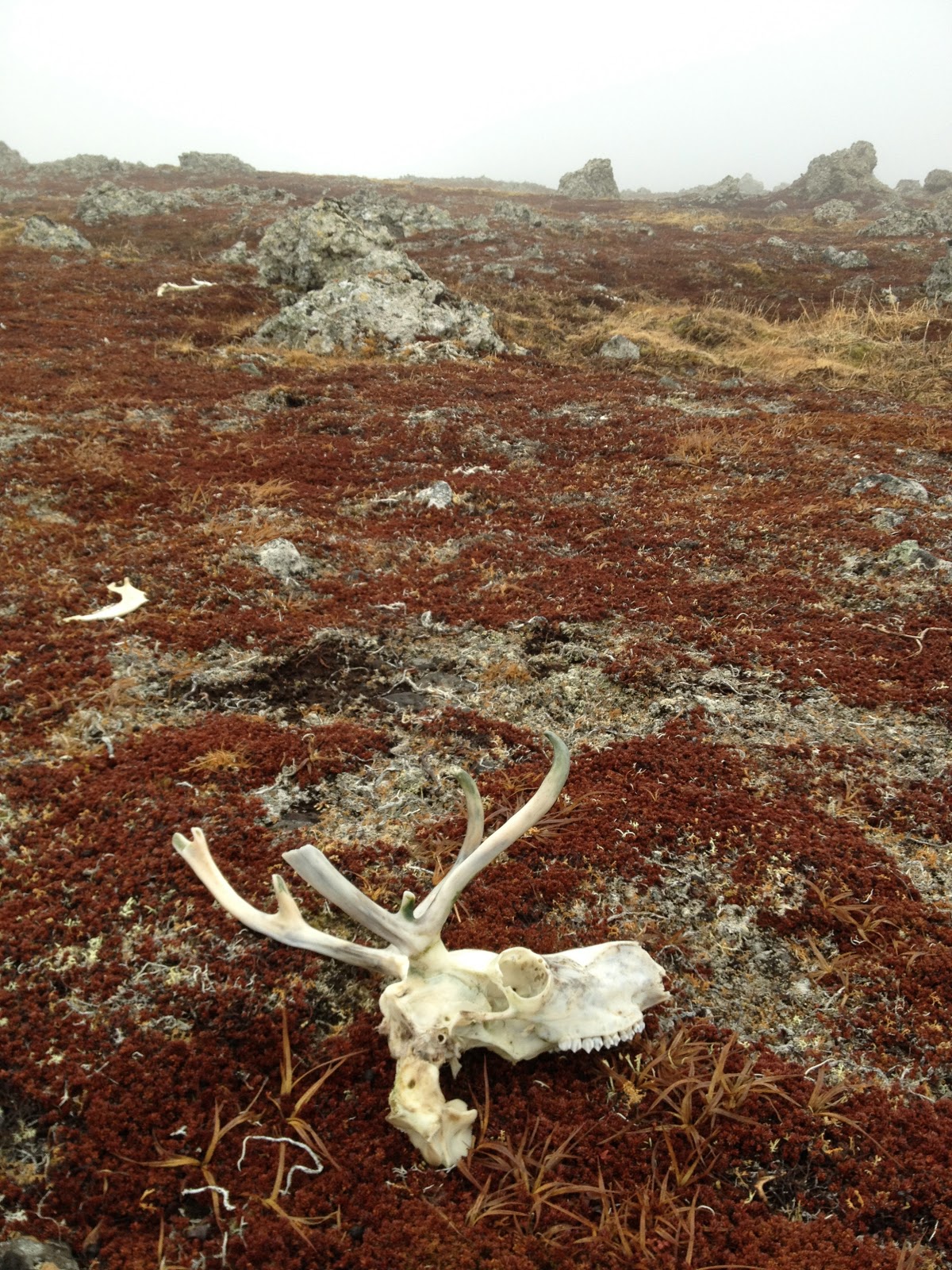 Reindeer. This one is not doing very well.

But we did start seeing some evidence of more lively Reindeer... 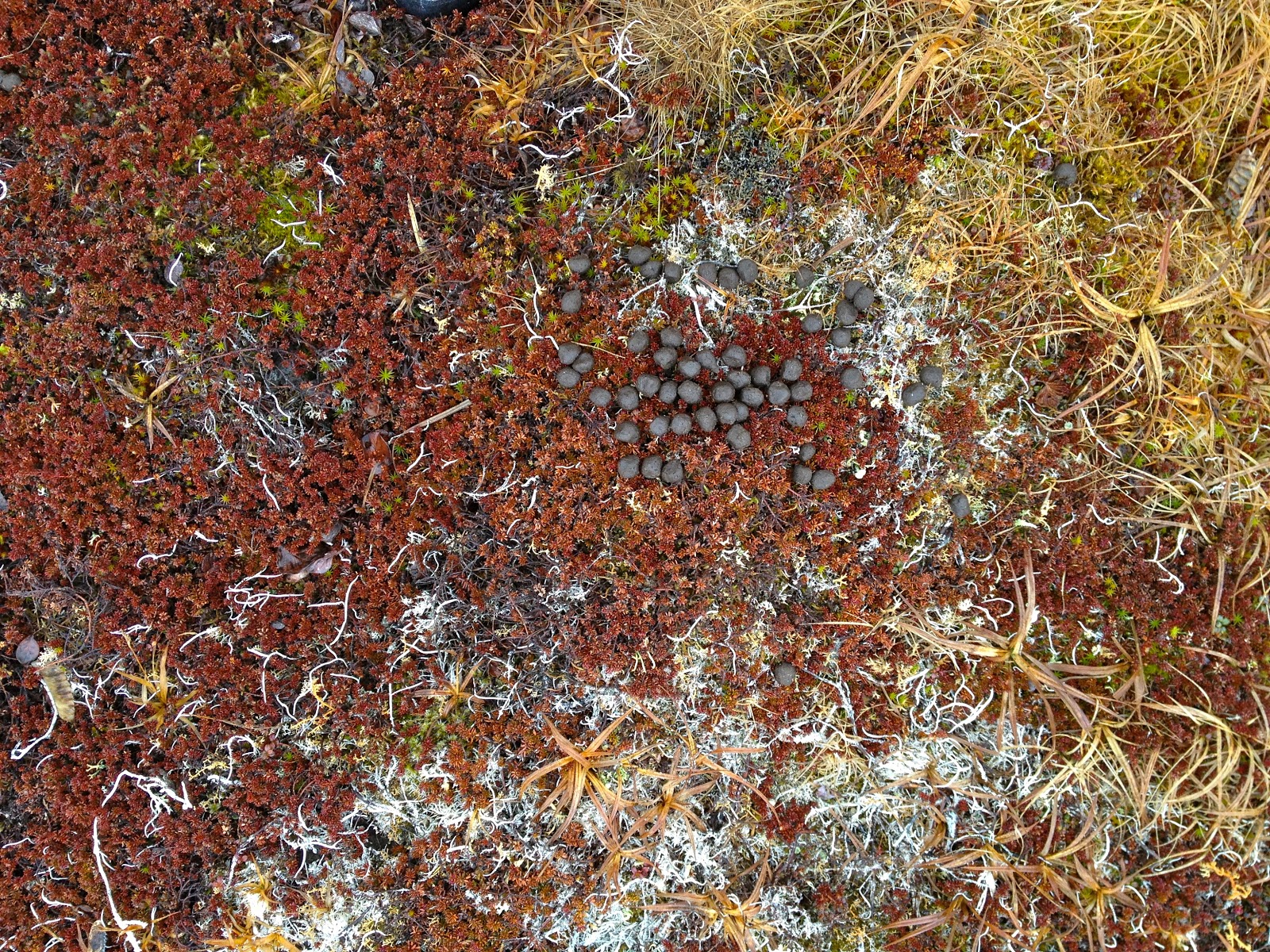 Eventually we found the real thing... 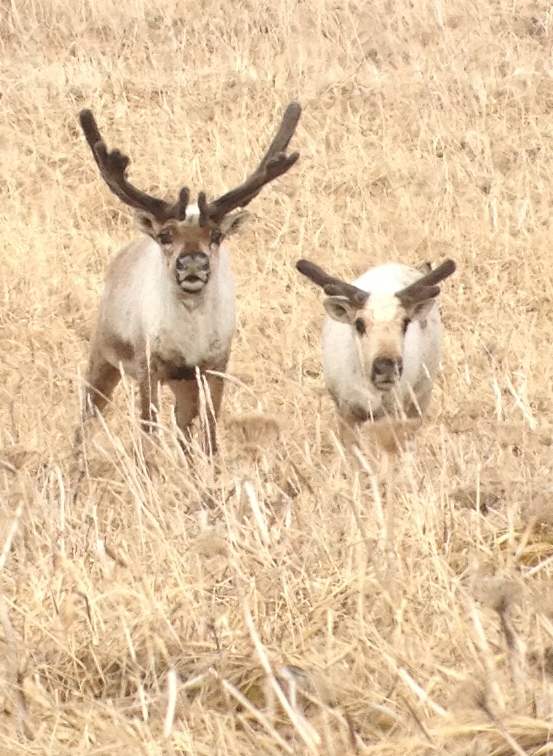 There are no dogs or rodents on the island - which would be detrimental to the breeding seabirds. But there is an endemic shrew - the St. Paul Shrew. They're not common, nor easy to find. We didn't see one. (St. George - the other big island in the Pribs - has lemmings.) 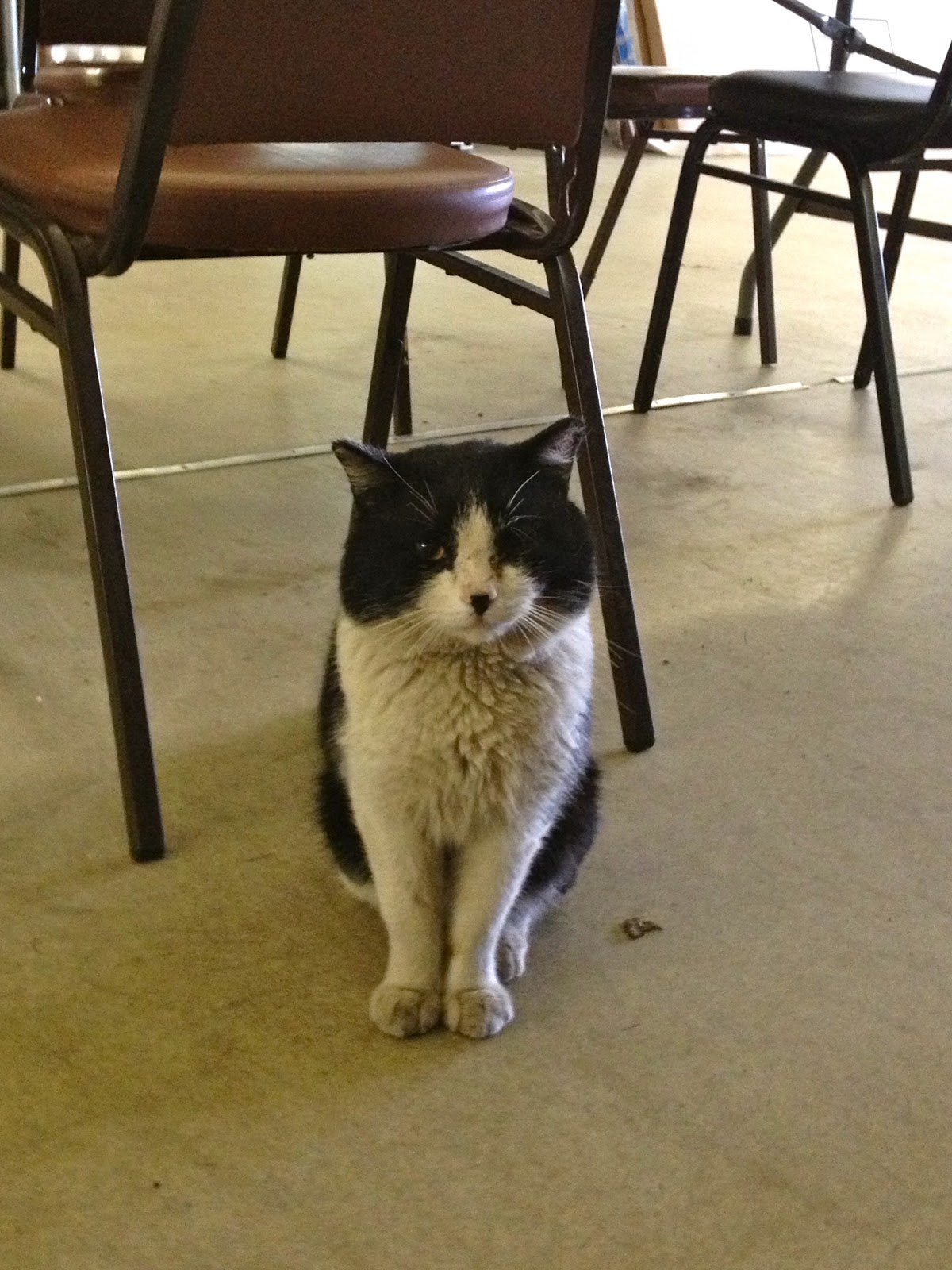 Cannery Cat.
Notice the small ears - adapted for the extreme winters,
and large mouth - for eating the copious amounts of food available.